In 1974 Thanh Lan was at the height of her career in Saigon, now 45 years later she returns to the city to relive her glory days

A voice has returned to Saigon that has been absent for a long time and is once again home. First returning to Saigon in 2017 after an absence of 24 years, Thanh Lan has come back to us, singing once more the ballads and old folk songs that recall a lost age for a new generation of admirers, the children of those who loved her decades ago. 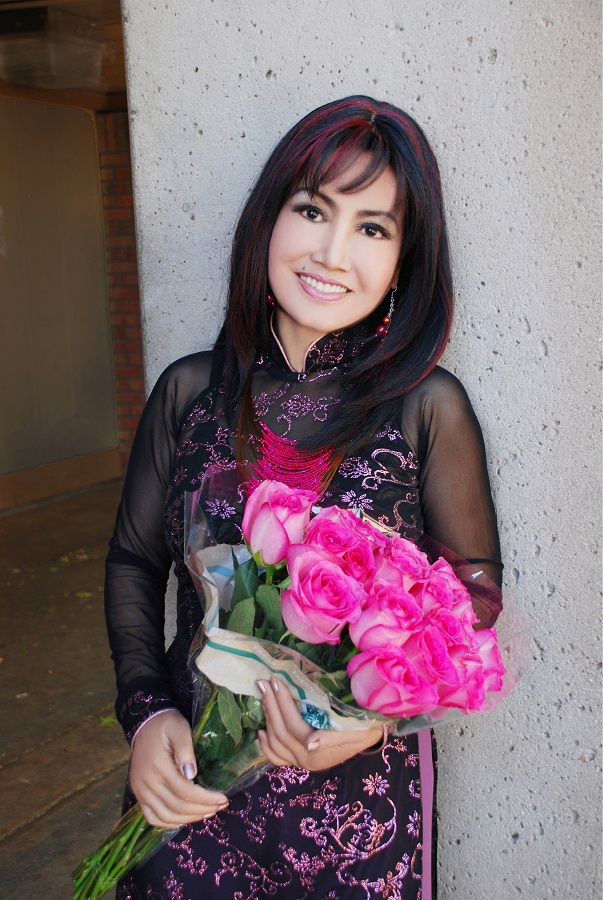 It was during the city’s “golden age” of music—which lasted from the 60s into the early 70s—that Thanh Lan was considered one of Saigon’s sweetest songstresses and a darling of the romantic movies that were made at the time. In 1974, she was named Saigon’s most beautiful actress; she was the last woman of her era to receive the award, making her something of a time capsule of the age.

A large part of her appeal was the fact that she seemed to do it naturally; the music seemed to come to her as easily as speech, and her honeyed vocal notes were all the more intoxicating in Saigon’s 60s and 70s for being steeped in the passionate inflections of an eternal romantic.

“I did not have to fight to become famous. I did not look for fame. I just wanted to look for love,” breathes Thanh Lan, now in her early 70s and yet still lit with the enthusiasm of the young performer she once was. “So when I sing, and people love me, I feel good. And so I did that. I never guessed that one day it would be my profession.”

Thanh Lan is back, but Saigon was already fading before the slow cascade of modern development caked over the soporific grace of the city she remembers. Her childhood, spent in the outskirts of Dakao where she would often wander through the stately open courtyards of the Jade Emperor pagoda neighboring her home, is a story that could only have belonged to that age. The granddaughter of a mandarin who once taught the last Nguyen emperor Bao Dai, she was raised in a multilingual household where French and sometimes English were spoken as often as Vietnamese.

She was also schooled from an early age in the sounds of the music her parents loved; heavy vinyl records scratching out wonderful old crooners like Johnny Mathis and the smooth pop vocals of Connie Francis. At the age of nine, she began to study music herself with a nun at her Catholic elementary school, St. Paul’s—and by the time she attended the prestigious Marie Curie High School, she was already singing solo on Saigon radio. 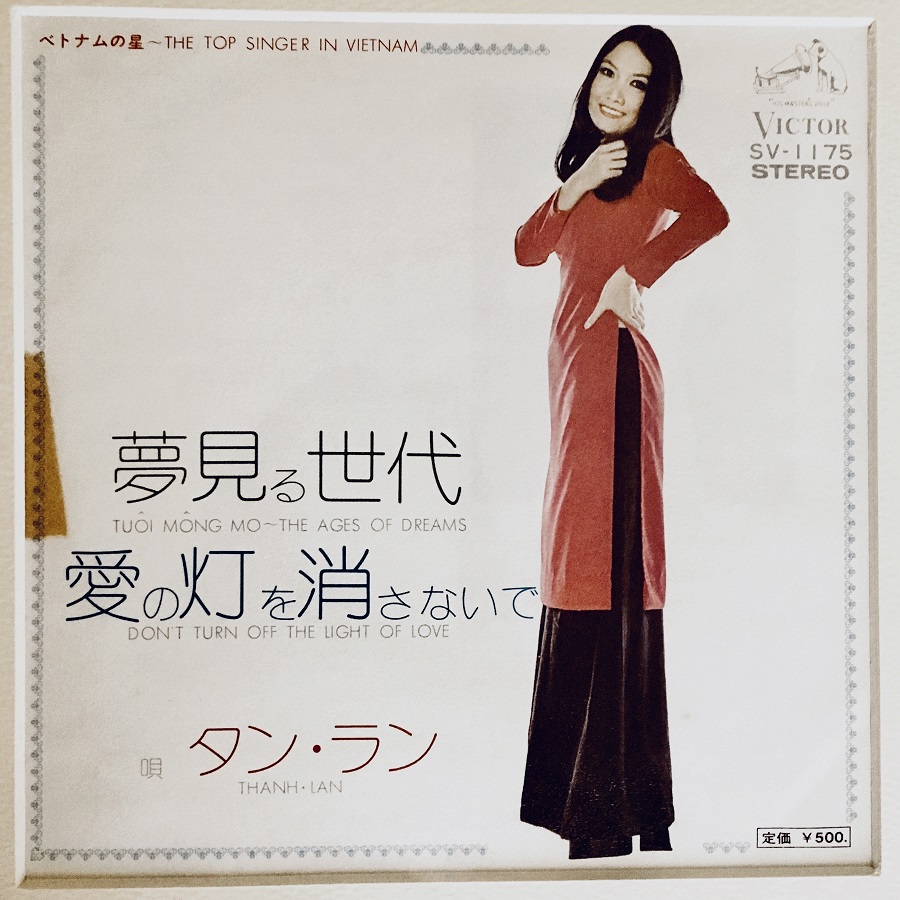 Thanh Lan’s education in French gave her a different view of the world than most people living in Vietnam had at that time. She read at least a book a week, submerging herself in literary romances and classics in translation from English and Spanish. She was a language lover, studying German and Russian and Japanese, and was intent on becoming a teacher one day and passing on her gift. She retains her multilingual talents even today; our interview is conducted effortlessly in English.

Her destiny, however, proved to be music—much to the delight of the legions of fans who fell for her, and who still love her today.

“At first I sang classic songs from the 40s and 50s, written by composers in North Vietnam, before we moved to music from the south, because at that time, there were not many good songs,” she recalls. “So we started by singing those old songs. And then in the 60s and 70s, there were a lot of new composers, writing so many good songs about the war, about lovers separated by the war, all that stuff. I started to sing on TV very often, and then I became a movie star.”

“I was like the girl next door,” she sighs. “I am not saying that everybody was in love with me. But I was certainly cherished by all the students and young officers. I used to have a lot of photos to send away for my fans. They would write letters, send them to my address, and I would respond and put a signed photo in with the letter. It was very sweet, but sadly we don’t do that anymore.”

Throughout her early career, Thanh Lan was still living with her parents. “I did not need money to survive,” she says, “so what I wanted most in life was to give happiness to people. When I sing, and I look at people looking at me, smiling with bright eyes, I feel close to them. And I feel that I’m doing something good for them, for society. And mostly, since it has become my profession, I can take care of myself with my singing. I don’t need to lean on anybody.”

For most of the past 25 years, Thanh Lan has lived in the US, where she continued her career singing to the large community of Vietnamese resident in the States. In that different world, however, her music at first took on a different and more painful cultural context. In spite of this, Thanh Lan has remained in the public eye throughout her time overseas, and is now always a cherished entertainer everywhere she goes—Europe, Canada, Asia, Australia and the US—as her romantic performance style has only grown stronger. 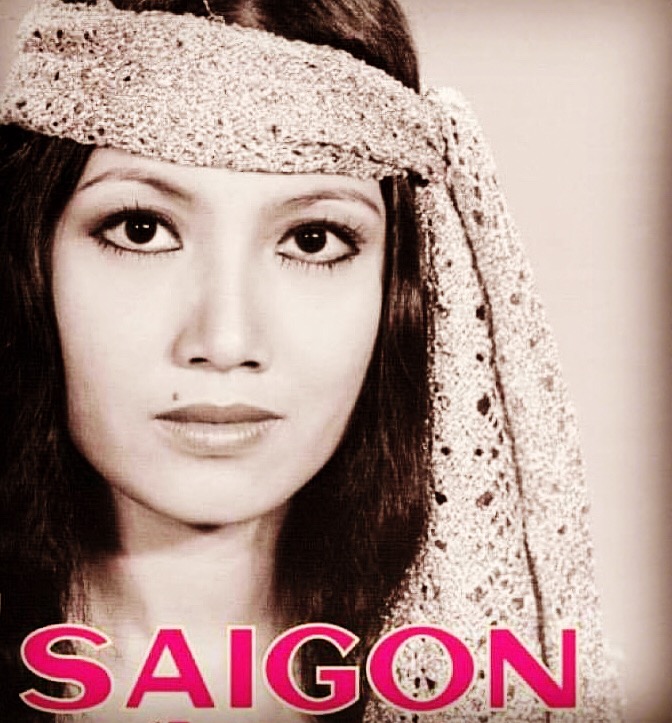 “I think my spirit is busy,” Thanh Lan explains. “I share people’s sufferings, that’s why when I sing or when I act, I imagine myself in that position. I don’t really act; I became that woman. That’s how I do it. There’s no technique, nothing—nothing. Nothing I need to think about. I just live with the moment.

“There were some misunderstandings when I first arrived in California in 1994, before the embargo was released. Anyway—I’m still fine, I’m here to stay as long as I can. Because I still love the stage.”

As a public figure, Thanh Lan knows that for those who love her music, there’s one thing more than anything else she means to them.

“Actually, it’s my fans who are taking care of my life. When they came to see me, it was them who helped me to live happily, helped me to cope with my life,” she smiles. “You know, my fans, when they meet me, they still say, ‘when we see you, we see Saigon.’”