In and Out of The Box

Trung Le, founder of visual design studio The Box Collective (www.theboxcollective.tv), has an office with a glass door that on Oi’s visit bore the dry erase markers plans of their upcoming project: the 2020 New Year’s countdown on Nguyen Hue.

It’s a simple box-and-line chart with “2020 Countdown” in the center. Stemming out are two different, complementary thought clouds titled “is” and “is not.” What “is” the new year? According to The Box Collective, it should be fun, innovative and simple, words listed under the affirmative. Things that 2020 “is not”: robots, EDM and edgy. 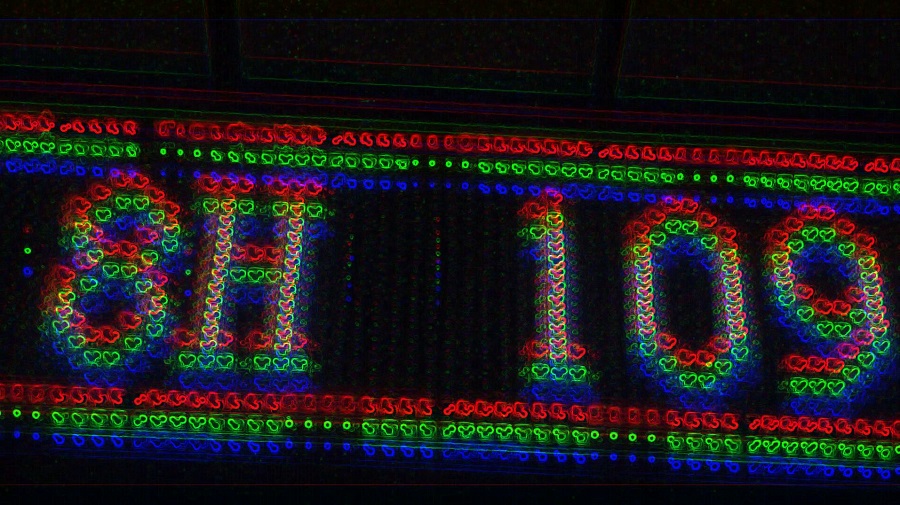 The Box Collective is responsible for almost everything you’ll see at Nguyen Hue this New Year’s, which could be an interactive projection of a 3D rendering or a smartphone-enabled, augmented reality show taking place within the celebrations. We won’t know for sure until the time comes. Le and the team’s Art Director Nhat Nguyen were relatively tight lipped about the New Year’s celebration otherwise, but they promised it would be a show. “Hopefully, we can do something very cool on the stage this year,” Le said. “We’re looking to adapt AR (augmented reality) technology” and integrate high-resolution graphics. 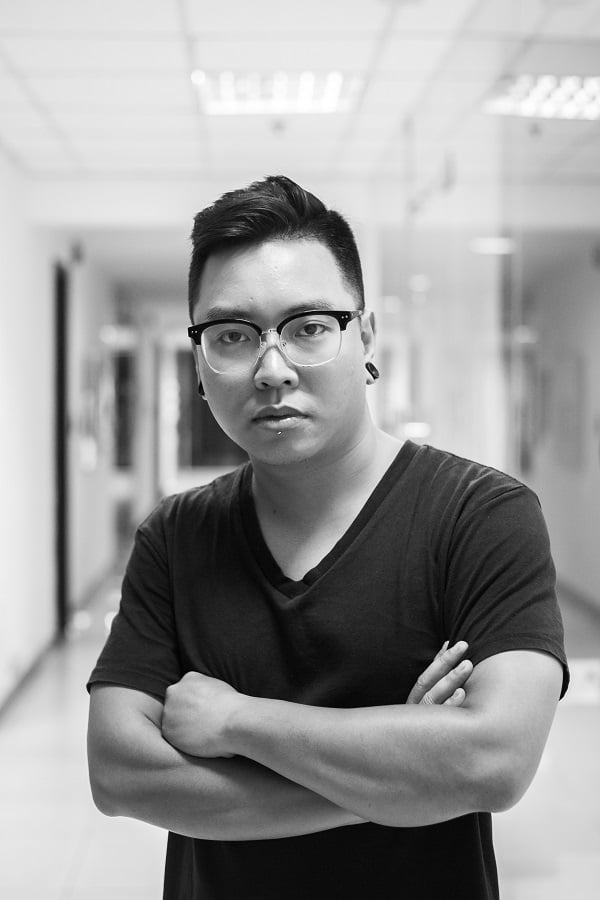 Where Le is less tight lipped is in the markered drawing on the adjacent wall: a series of drawings that depict a pair of screens arranged as a corner. The center of the audience’s gaze are at the corner’s horizontal line. Le explained that this drawing depicts work completed for a Samsung Note 10 presentation. It’s a complicated-sounding set up that involves one of the mobile phones, an Xbox Kinect motion-capturing camera and wall-sized LCD screens. The objective is to have the touches and interactions a user makes on the phone at the conference be replicated with lights and sparks on the screens. Meanwhile, a person in front of the screens is having their motion replicated by a delayed, lighted silhouette behind them at the same time. With this many moving parts and this ambitious of a concept, it seems lucky that nothing failed.

In the four years that The Box Collective has been active, time where the firm’s work has appeared in a number of big and prominent places (both visually and in terms of firm profile size) like at a Budweiser event and Ho Chi Minh City nightlife hotspot Envy, Le said he’s had his fair share of blunder, technical malfunctions and glitches. “The show must go on,” Nguyen said explaining that failure at the live shows can usually be fixed on the spot. In dire circumstances, a backup visual product is on the bench ready to be rolled out, he said. “We’re professional. We have to have a backup,” Le said. Take the Samsung presentation, for example. Le explained that a suitable backup in this situation would have been creating a video that mimics what the visual asset would have looked like, but having that recored previously versus having that in real time. This is ideally what would have happened, Le reasons. It’s fortunate that the set up worked during the presentation because, he sheepishly added, no such backup measures had been created.

It’s this aesthetic, a right balance of talent and freewheeling, Eros versus erudition, do it well against just do it that seems to be The Box Collective’s je ne sais quois that’s made its services highly sought after by numerous actors of repute. It’s a thing many of Vietnam’s biggest venues and shows have wanted a piece of as they deliver their own entertainment experiences. An incomplete list of their clients includes music festivals Ravolution and Hanoi’s Nex as well as Kasho Club. It’s a portfolio served by The Box Collective’s 12-person team, which includes artists, designers and programmers mostly in their 20s who help craft the visual excitement the group has been known for. 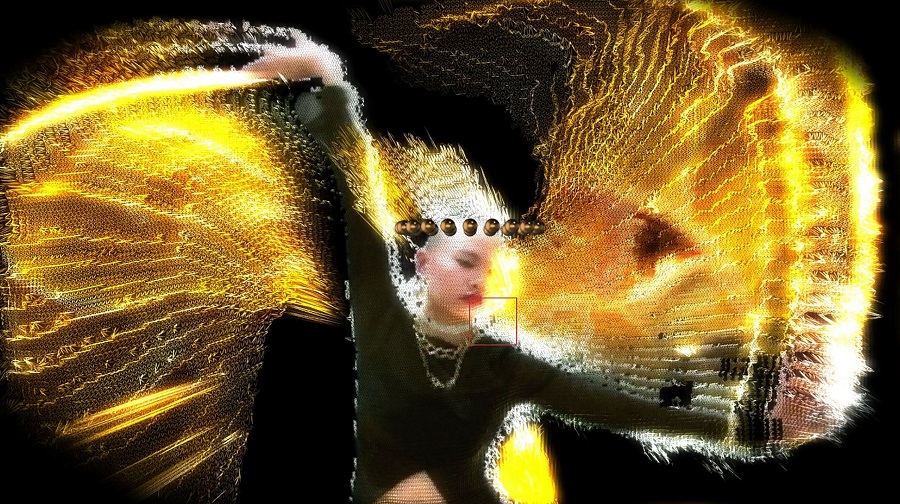 Le describes the broad category of his team’s output as “innovative art solutions,” a label that can be placed on things as distinct as an interactive face filter to a live projection blanketing an entire pagoda, like what they did for nightclub 1900 in Hanoi. Their Instagram account is always a reliable source of fun things to watch, like Le playing with an augmented reality statue that appears only on the screen of his phone.

Here’s another broad category that loosely captures what the company does: if you’ll forgive the cliche, out-of-the-box ideas. Sort of.

“We’re questioning about what’s inside and outside the box,” Le said. But the group is also like a metaphorical curator “collecting all the good things… inside the box.”

Then, “the client comes and you give them the box,” Le added, extending the metaphor with seeming ease.

“It’s a metaphorical box,” Nguyen adds supporting the effort. “Family is a box, work is a box.”

“The whole world is a box,” he says with previously unseen excitement.

“You’ll never get out of the box,”

Nguyen declares thoughtfully, which one would have thought thankfully ended the metaphor before Le added, “You know…we smoke w#$d,” a thing one does to get outside of the box, he explained.

The Box Collective doesn’t really belong in any box, be that one of graphic design or performance-centered visual art, though both tags certainly apply to a number of assets in their portfolio. The four-year-old firm seems to be deeply interested in, if you’ll permit one more cliche, making art for art’s sake.

Take, for example, the dome projection of a stylized starry night they did for a Capella Holdings event, a piece that recalls a little bit of the famous Van Gogh piece but instead with purple swirls and it’s been backed up timewise to dusk rather than stark night. Under the superimposed night, a star sky that looks better than any anyone has ever or will ever see, a single couple dance in a pool of ice blue spotlight in the middle of the event space. Just calling it “cool” seems to miss so much of the visual power of what’s there the same way that single syllable words fail to really say anything meaningful about Van Gogh’s The Starry Night. It’s like art because it is art. 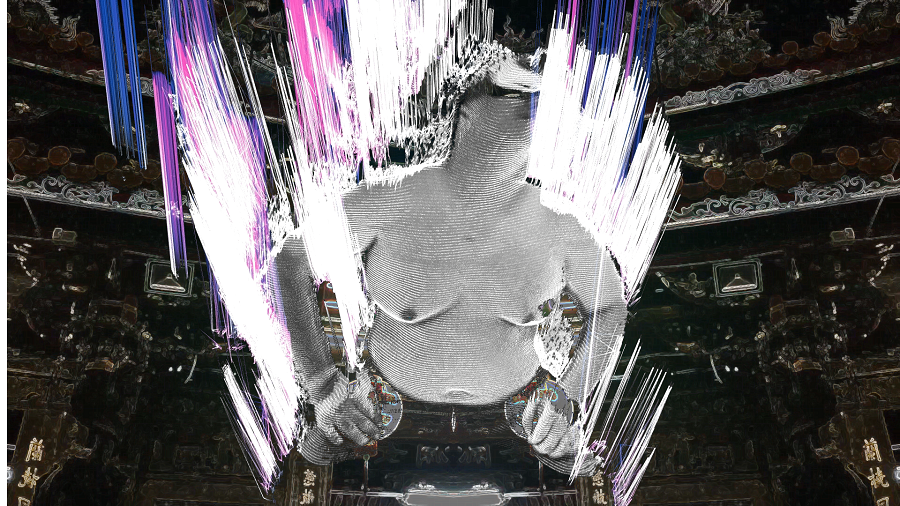 Le is a classically trained painter, a skill he learned as an art student in Hanoi before discovering Photoshop and the software illustrators that became his tools of choice in advertising. Le worked with Nestle, Oppo, Audi, “so many brands I can’t remember.” He did that for four years before putting two years in at YanTV, a popular Vietnamese media outlet Le calls “MTV in Vietnam.”

Then, “I just wanted to do something else,” the 31-year-old said. He didn’t expressly set out to create a business and become a design firm head, but that’s just how it went. “It’s not about having my own business. [The company is] something that happened along the way. Personally, I just want to approach the new things,” Le said obliquely.

It’s an individual motto as well as a company value. Le showed off some business cards The Box Collective did that, when seen through a smartphone screen, would display a three dimensional cube, perhaps the box the company’s name is alluding to. But, why? Doesn’t everyone know what a box is? Your question for another one: why not? It could be a thing, a good thing. And we know all good things belong in the box. Maybe it’s the thing Le’s on the hunt for. “Lucky for me… I’m still searching,” he said.

Other Images provided by The Box Collective

Sometimes, it’s hard to remember that celebrities were just regular people before they got famous. A lot of musicians, actors, and entertainers didn’t have a plan for becoming a celebrity, really. Just like everybody, they attended college and received their degrees. Some of the superstars even continued their education and got a Master’s or a