In Dalat, a small bee garden hopes to increase the bee population through community collaboration

There’s buckwheat. There’s squash. There’s a composting area. But there’s one thing curiously missing from Dalat’s Bee Garden: bees. “We don’t keep bees, but build a habitat that is naturally friendly for bees and other endangered insects,” explained Leonie Hapunkt, an organizer with the community garden.

Hofsaess was away when Oi visited the garden in September, but the lead gardener Duong Pham made herself available for a press inquiry. “We just had a tree fall, so we’re working on this,” Pham said walking over to sit on the aforementioned fallen tree, which had fallen between vegetable patches. 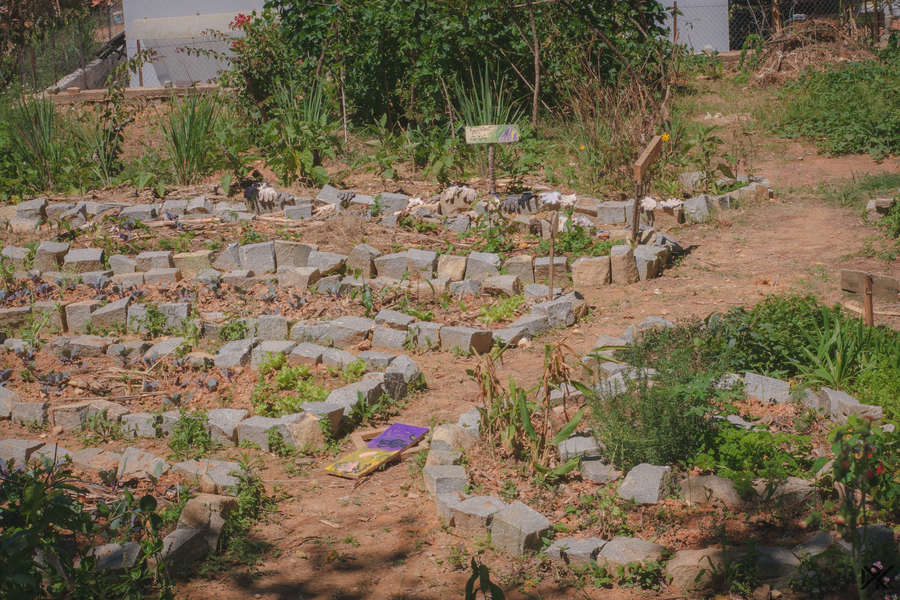 While someone had come to cut and section the trunk by chainsaw for removal, Pham explained that the trunk might stay. It made for a nice partition between things.

Elsewhere in the garden, Pham showed off a stray limb that someone had used as a gardening pole that surprisingly started bearing leaves. It turned out to be a pepper plant. 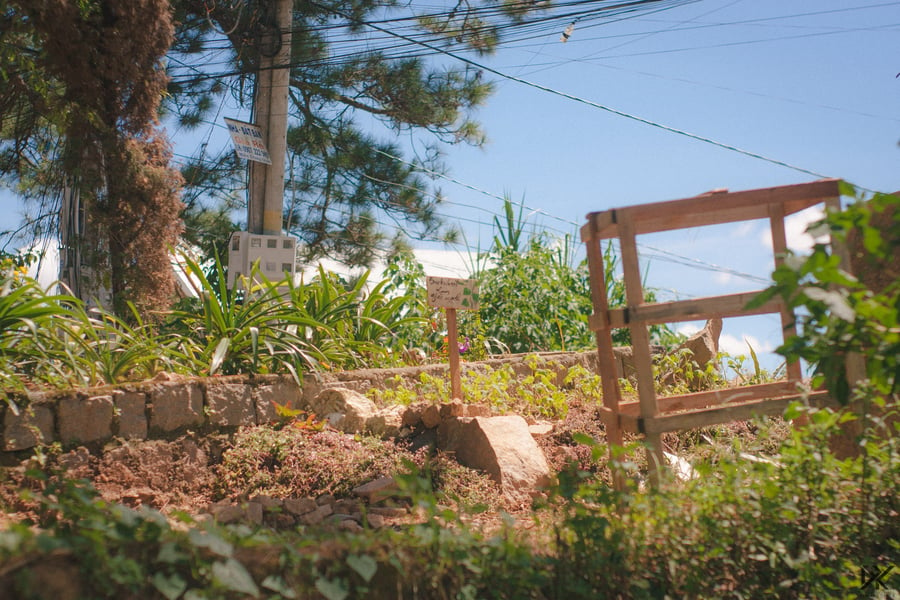 In project management, this would be a perfect example of what’s known as agile development. To the rest of us, we might just call the same practice just trying something. Maybe it’s the fact that this approach doesn’t always pay off that makes any positive gains seem remarkable.

But, any way you look at it, the Bee Garden (www.facebook.com/groups/dalatbeegarden) appears to be a big success for its team.

What was originally a vacant lot just outside of the city has been repurposed into a collective gardening effort that’s aligned to the various stakeholders. The land has been borrowed from a developer who’s agreed to loan the land for a year. Area residents have learned how to compost and are now converting their food waste into fertilizer to help the garden’s crops prosper. Even neighboring Khe Sanh Homestay also pitches in when they can to support the effort and its volunteers. 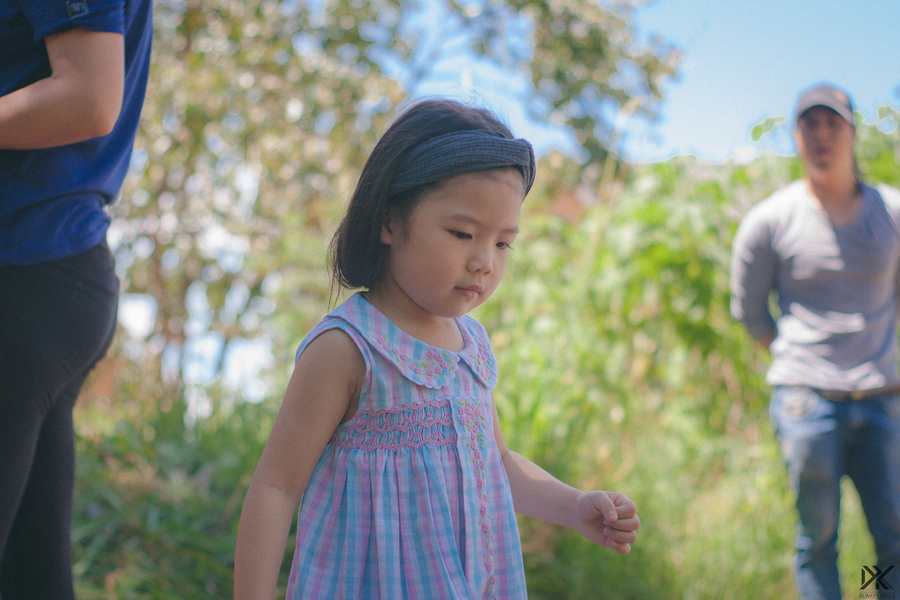 While the site bears the name “Bee Garden,” Hapunkt explained that the garden differs from a beekeeping operation in that no insects are maintained on site. “Obviously we are not beekeepers in the sense with the wooden boxes and the white uniform,”

she said. “Everybody can be a beekeeper, when you plant enough flowers to attract bees they will come,” she said. “We just give a space for pollinators to thrive.” 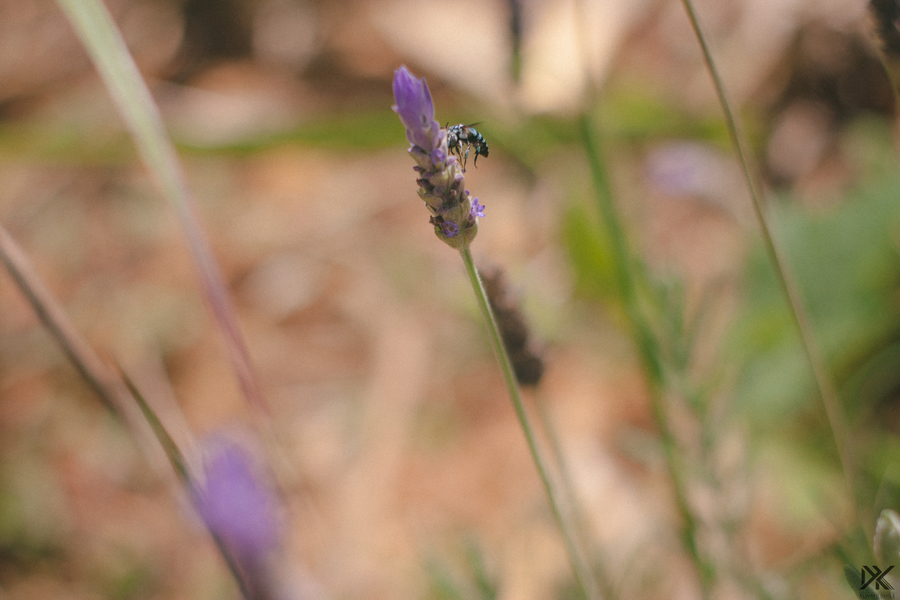 Bees are not at the garden, but are central to Hapunkt’s work still. She founded an information awareness campaign and nonprofit called Bees for Life (www.facebook.com/bees4life.org). The organization’s stated purpose is to show the urgency of the decline in the bee population.

Hapunkt had gotten to know Pham from her work creating community gardens in Saigon. When the land that became the Bee Garden became available in March, both women and a volunteer team sprang to work to make it what it is today, a place to grow both food and wildflowers principally to support local bee populations. 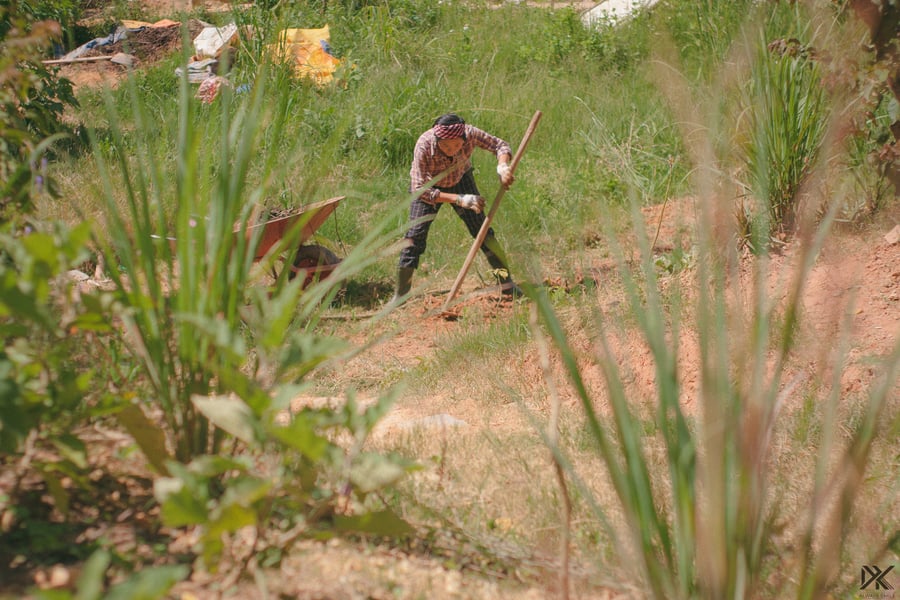 Outside of bees and insects, Hapunkt explained that inspiration was a central theme to the Bee Garden. It’s a common point for volunteers and local residents of all ages, she said adding the garden is a community-centered place to come and just try some of your own ideas too. It’s a concept she hopes will spread like pollen borne by bees.

“We see Bee Garden as a big flower who will spread out her seeds, taken by the wind or the people to other areas where new baby gardens can grow to beautiful places. It is a big chance for abandoned areas throughout the city that are easily used as sad spaces for dumpsters and garbage.”