You’re in luck if you’re looking for some peace and quiet in Thao Dien: a short stroll down a very leafy side street off the main road stands Kazama (14B15 Thao Dien, D2; www.kazamatokyo.com), an unassuming little venue designed to convey quietness and dignity in one of the district’s loveliest settings. Kazama serves a fusion Japanese cuisine with a modest range of dishes and a simple wine list in a calming environment, making this a pleasant and comforting space particularly welcoming for couples, small groups and families. 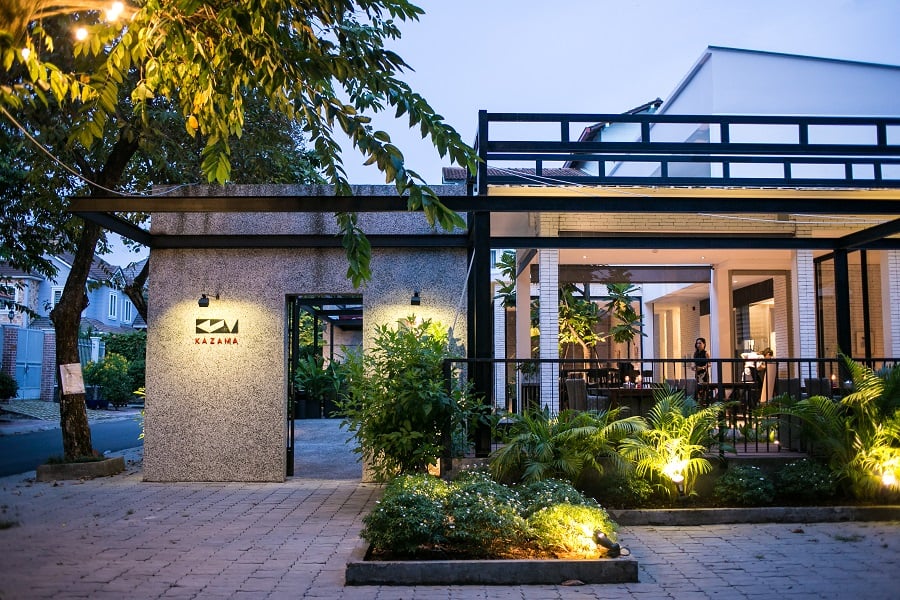 The restaurant’s diminutive 70-year old designer has very consciously created this idyllic 500sqm, single storey restaurant to convey an atmosphere reminiscent of a refined home garden, with a touch of feng shui and Zen thrown into the mix. Kazama seats 80 diners—mostly out in the open under the shade of trees and alongside ponds of colorful carp. Visitors are encouraged to while away their lunch hours and evenings outdoors at a certain psychological distance from their office cubicles and cramped apartment rooms, in order to enjoy some light Japanese food. The open areas are fully covered during the rains, and for those seeking to escape the heat, there is plenty of seating inside within two airconditioned rooms offering views over the greenery.

Japanese this may be, but don’t expect sushi and sashimi: Kazama’s purpose here is to gently introduce some of Japan’s lesser-known cooking traditions. According to the restaurant’s manager Nguyen Thi Diem Phuong—who spent nearly a decade living in Japan herself and has known the restaurant’s owner Mr. Kazama Tasuku for much longer than that—the venue intends to distinguish itself from the more traditional Japanese eateries dotting District 1 by focusing on a menu that explores the edges of what most people associate with cuisine. 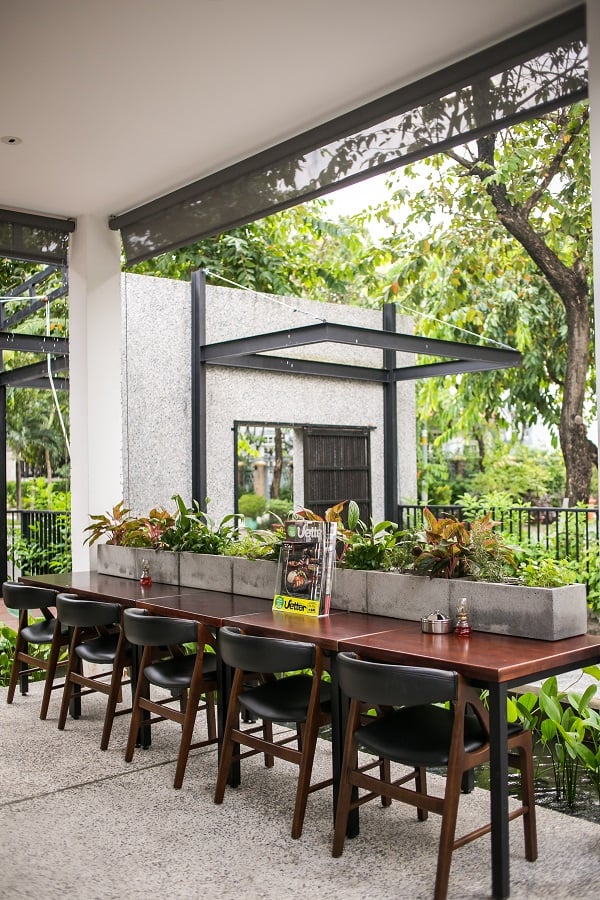 “Actually, when we think of Japanese food, we usually only think of sushi and sashimi, just like foreigners here usually associate pho and banh mi with Vietnam,” says Phuong. “We want to show there’s another side to Japanese food—we have some kinds of udon, we also have Japanese curries, and we serve fried chicken, which is very famous and very frequently eaten by people in Japan. So we want to introduce it here as a Japanese national dish.” 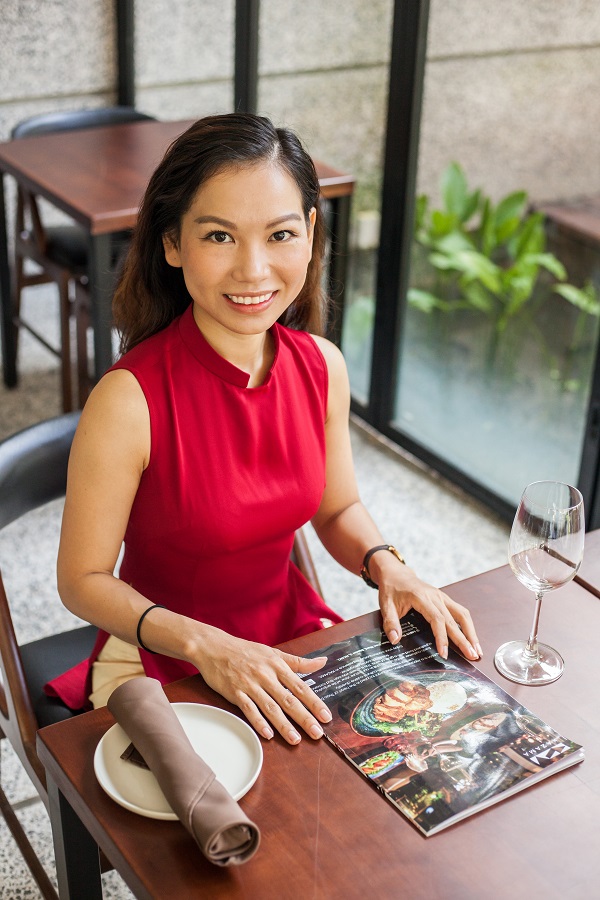 That being said, Kazama’s menu has been designed with an appreciation for local tastes. “We want to show you not what you know about Japanese food, but what we would like you to know about Japanese food,” says Phuong, “but that would be difficult if we did it in the traditional way, so we have to design it in a very Western way for our target customers, as well as with some Vietnamese tastes for locals—so we do things differently from other restaurants.” 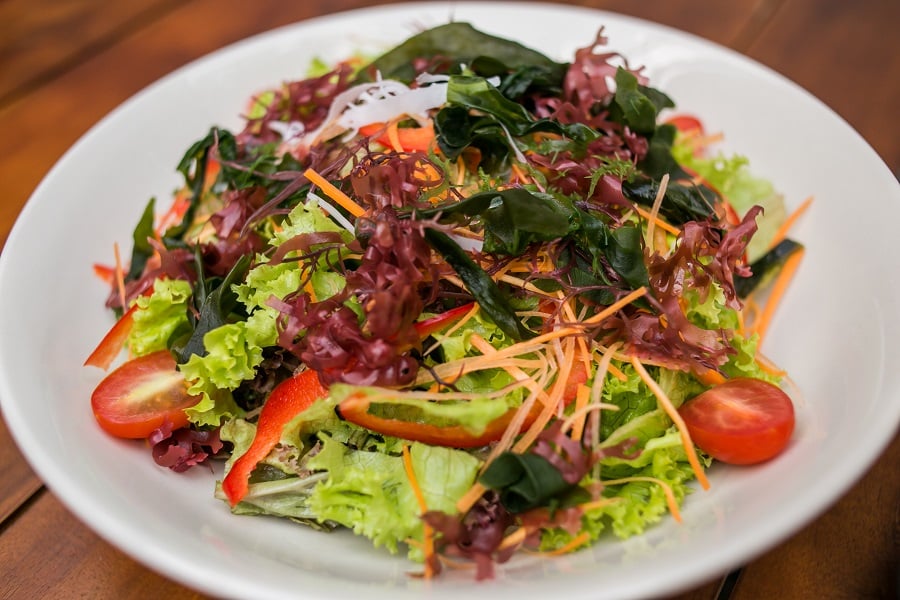 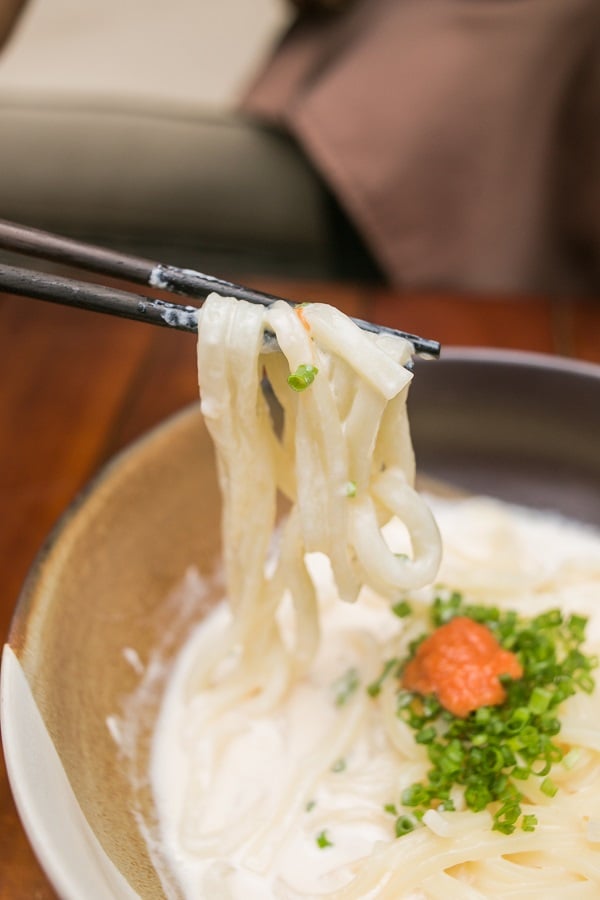 The venue’s burgers are a case in point, selected for their popularity with a Western market but also much loved in Japan. The crispy fried whitefish burger (VND150,000) is a common treat from throughout Japan, while the crispy fried soft shell crab burger (VND180,000) is a concession to the Vietnamese palate. We’re in the mood for a lighter lunch, so on the chef’s recommendation we opt for a Japanese mixed seaweed salad (VND110,000), which is nicely set off by the restaurant’s home-made wasabi dressing. It’s crisp and fresh, and is a decent starter for the follow-on mains: for the udon we try a Japanese seasoned cod roe cream sauce noodle (VND120,000) which is somewhat reminiscent of a good carbonara spaghetti with beautiful seafood notes, and to sample the signature chicken recipe, we go for the Grilled teriyaki boned chicken thigh, a sliced fillet paired with vegetables that is just heavy enough to be filling without what would be the full weight of a Western or Korean version of the dish. We pair this with chilled glasses of Chilean chardonnay. 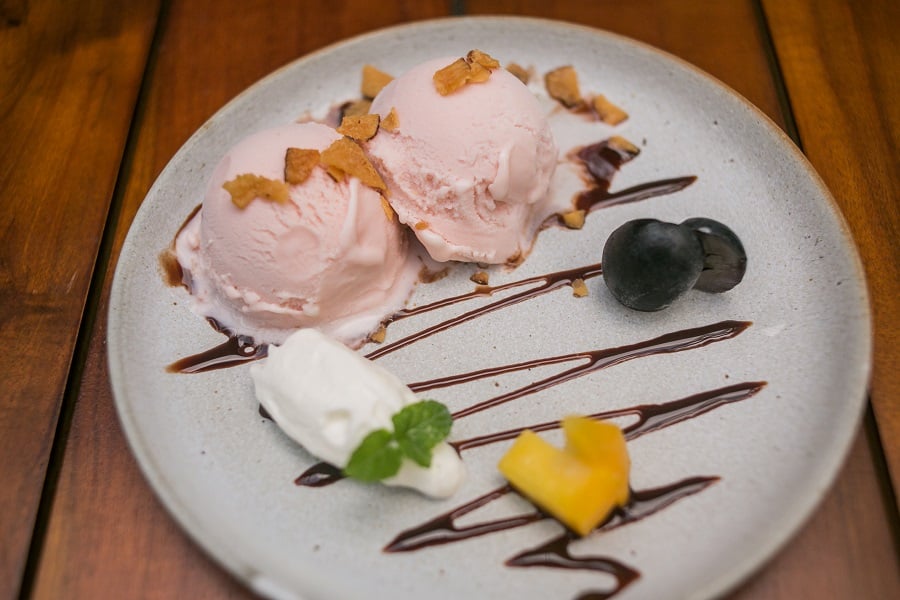 The restaurant itself is picturesque enclave that is very accessible from central Thao Dien—more delightful than fancy and more relaxing than you might otherwise expect from a Japanese venue. This will be a favorite place for those in the area wanting to get away from the noise and clutter of the fast-developing district, a breathing space in a private garden for a meal that satisfies the spirit.