Food, like music and smell, can be a time machine. Your mom’s mashed potatoes, your favorite burger joint, or the waffles from the 24-hour café in your hometown; they bring us back to another time and place. The Wagon Wheel (200 Le Thanh Ton, D1) is serving third-generation American comfort food for the displaced American and the curious diner. 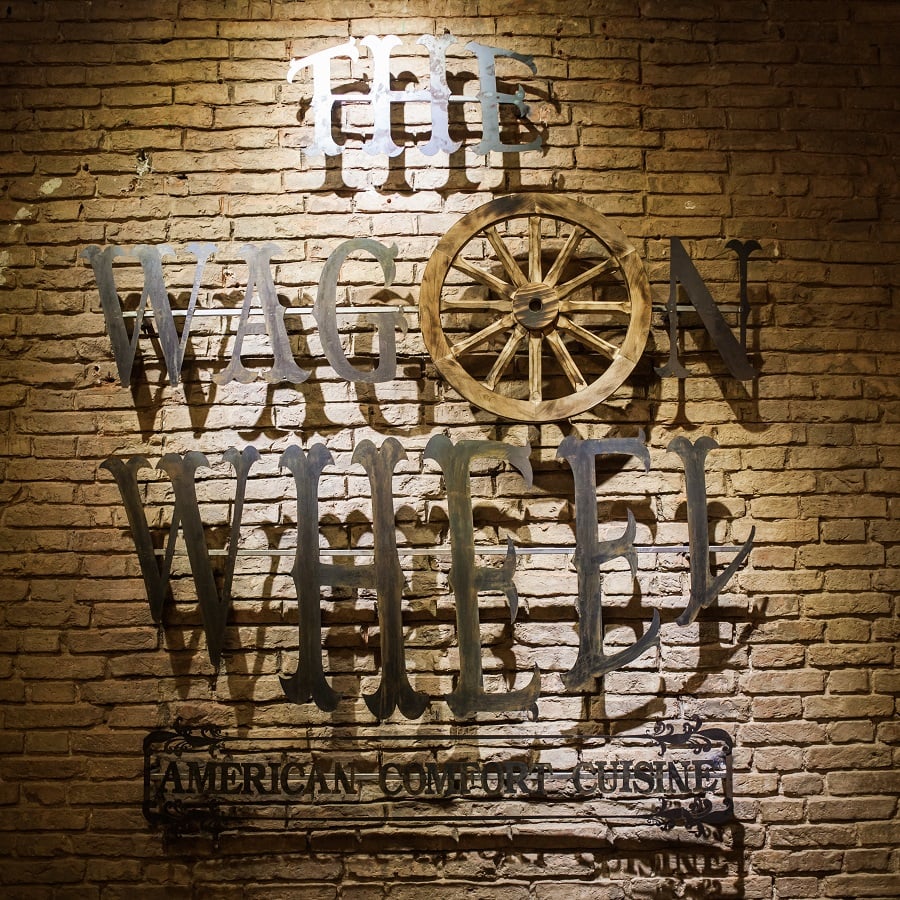 The Wagon Wheel occupies a first-floor suite down a narrow alley near Ben Thanh Market. Exposed brick walls, dark wood and soft lighting mixed with the smell of steak grilling in the kitchen to create a classy yet cozy atmosphere. The walls are adorned with southern American memorabilia, and you’ll surely hear the song Wagon Wheel along with other country and Americana hits. There’s a bar area for sampling cocktails in the front, a dining room for 30-40 people, and a small balcony for catching some fresh air. It’s great for a family dinner, an evening with close friends, or a date.

A glass of house red wine (VND105,000) started the evening. The Wagon Wheel’s menu is the answer to the question, “What is American cuisine?” Fried pickles and chicken poppers, curly fries and potato salad, country fried steak and cheesy broccoli soup. We chose the Bacon Balls (VND120,000), mashed potatoes with bacon and cheese, breaded and deep fried; a rich, creamy treat to set the tone. 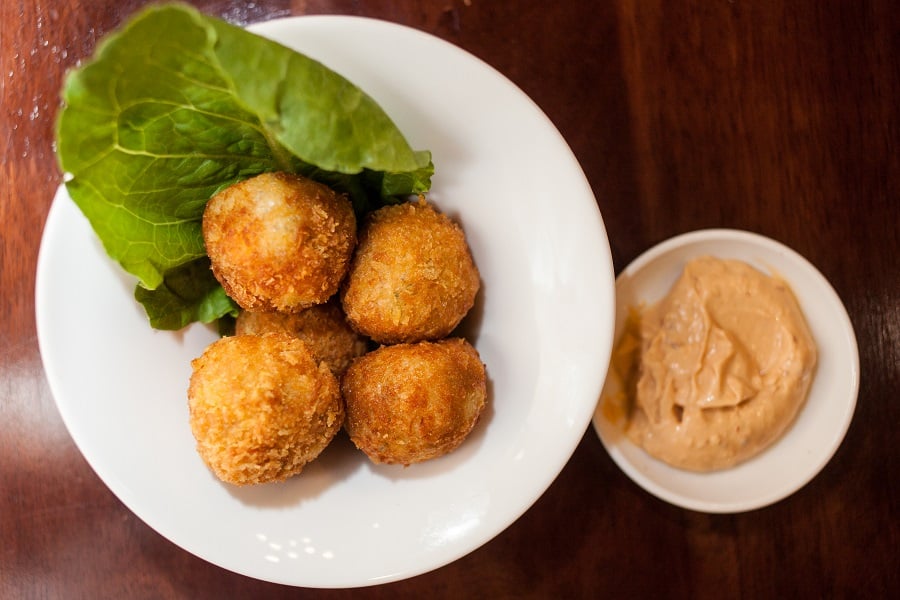 At the chef’s recommendation, our first entrée was the Fried Chicken and Waffles (VND225,000). The Wagon Wheel does justice to this southern American classic with deep fried chicken legs, house-made waffles and authentic maple butter. It’s a unique mixture of tender and crunchy, sweet and savory that will seem puzzling to outsiders, until they try it. While it isn’t the first restaurant to offer chicken and waffles in Asia, it’s likely to be the best. 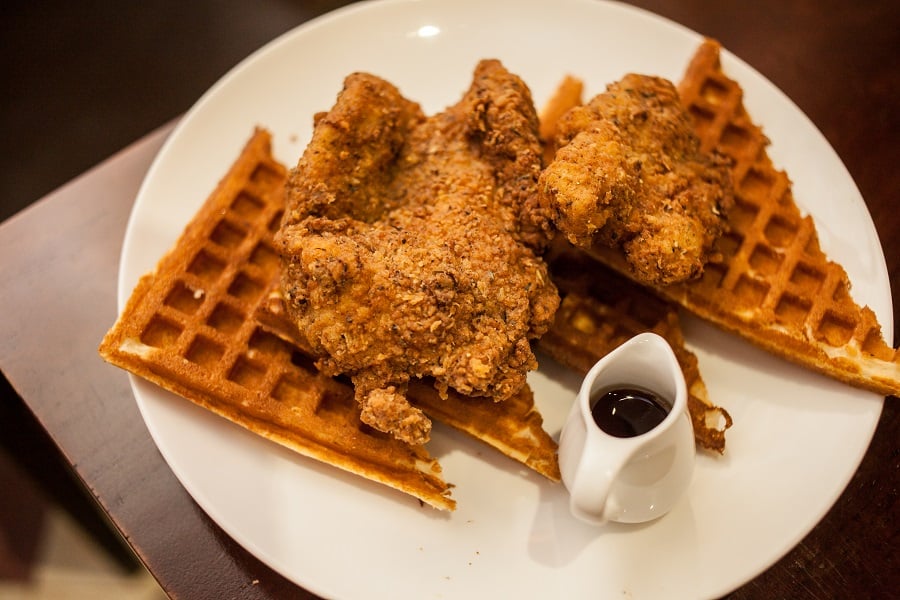 The star of the show was the USDA Ribeye (VND575,000), one of the best-tasting and best-value steaks to be found locally. This 350-gram American steak is juicy, tender, aromatic and enormous. Together with a side of Mash and Gravy (VND65,000), it’s big enough for two people or one American. Next, we tried the Fried Chicken Burger (VND190,000) which also has southern roots with chipotle mayo and a brioche bun. 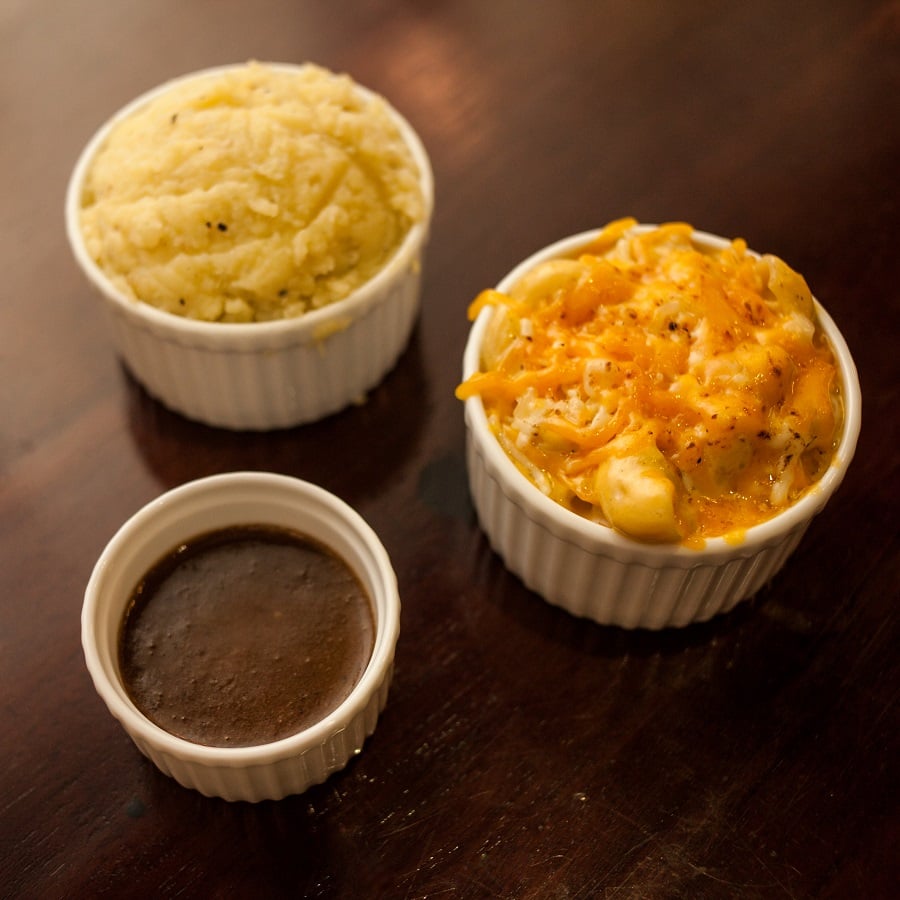 The Wagon Wheel has a special significance for Logan, the owner. In 1955, his grandparents opened a steakhouse of the same name in their hometown of Clinton, Oklahoma. They bought an old townhouse on Main Street, refurbished it and opened for business with Toots (grandpa) in the kitchen and Pappy (grandma) working the floor. Prohibition in Oklahoma lasted until 1959, so The Wagon Wheel has a ‘bring your own booze’ policy and made the necessary arrangements with local authorities. 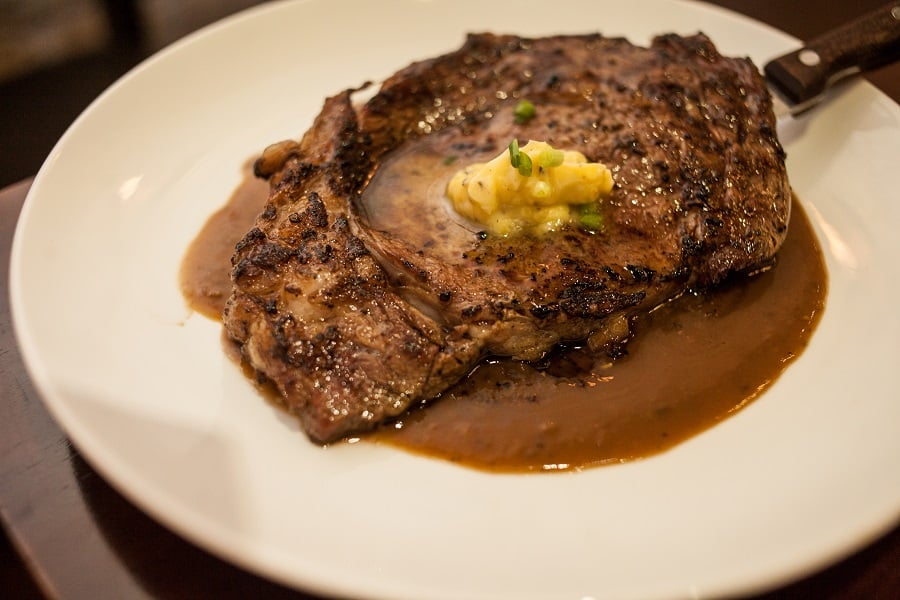 Logan moved to Saigon several years ago and was a co-founder of TNT BBQ, a local favorite among expats for many years. When TNT closed, he saw an opportunity to continue what his grandparents had started. Early this year, Logan teamed up with the chef from Phat Cat in Phu Nhuan to open Wagon Wheel. After a month renovating the space, they had their soft opening in October. The 1955 menu from Toots and Pappy’s Oklahoma restaurant hangs on the wall—you won’t believe the prices. 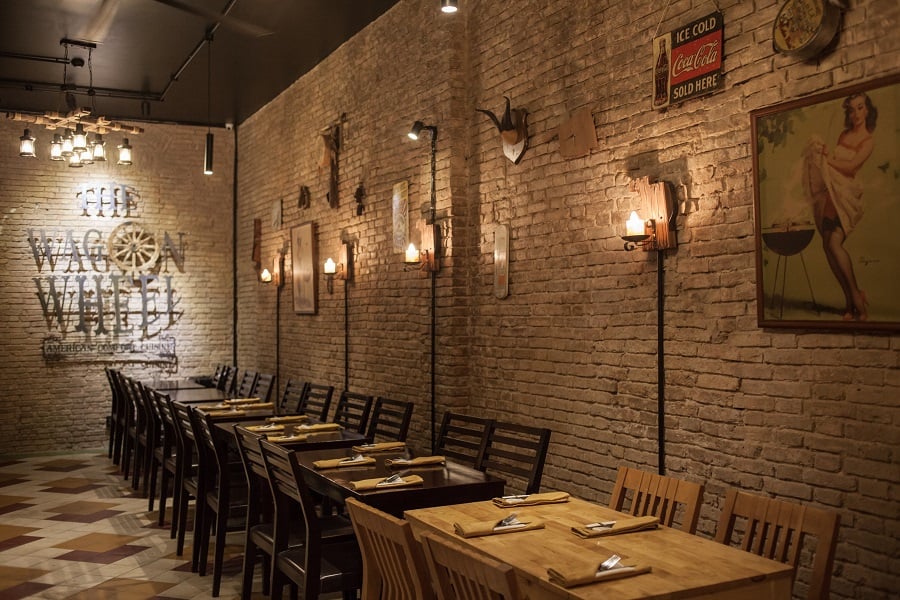 The Wagon Wheel is American comfort cuisine at its most authentic. From the menu, to the soundtrack, to the memorabilia hung on the walls, it’s a time machine with outstanding eats. Next time y’all Americans have that yearning for home, or want to experience something authentically American, head to The Wagon Wheel—just make sure to come hungry.