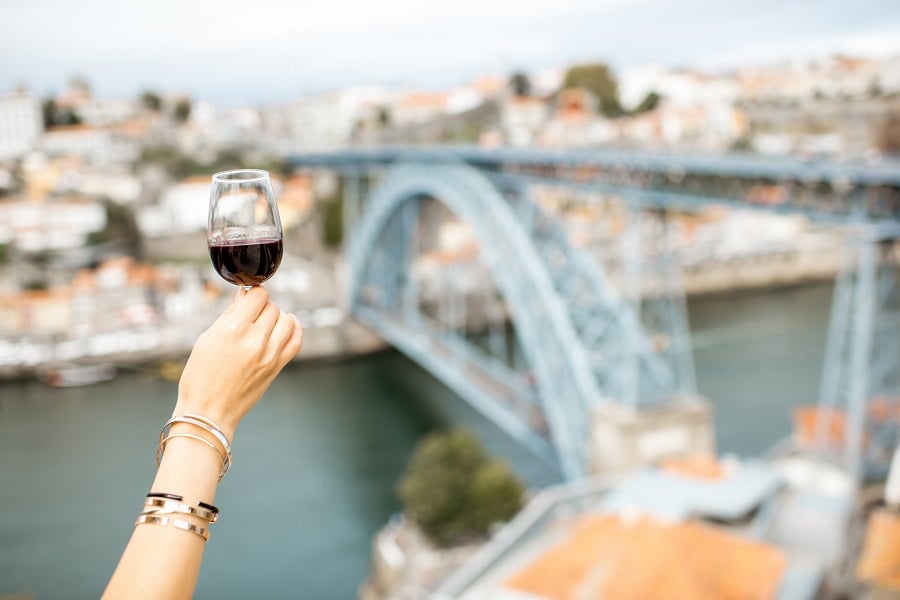 Get ready to explore the fascinating world of Portuguese wine

Although Portugal has been producing wine for some thousands of years, it seems that not many people are familiar with its wines. In fact, Portugal produces wine in all its territory, even on the islands.

Portugal’s winemakers have been conservative in one respect—keeping faith with their grapes—and no wonder! Portugal’s varieties are unique, with thrillingly different flavors. Yet qualitywise there has been no resting on traditional laurels. A quarter century of investment, education, openmindedness and flair has brought explosive change to wine making in Portugal.

Choice has multiplied, too. Alongside co-ops and large companies, lots of small wineries now make their own distinctive wines. Terroir is so diverse: From north to south, from east to west, from mountain to maritime vineyards, hot and dry or cool and green. In every style, from fizz to dessert, from crisp dry whites to elegant reds, in so many diverse ways, Portuguese wines are unique.

Perhaps the best-known Portugal wine is Port, the fortified wine that Brits used to kill for and that sadly has been losing popularity worldwide. In the same area you can find another iconic wine region, Douro. The name comes from the Douro River that you may have heard as Duero in Spain; and like the amazing wines from Ribera del Duero, you can find real jewels in the Douro region.

Viinho Verde is the biggest DOC of Portugal, up in the cool, rainy, northwest of the country. The vines grow in fertile, granite soils along rivers that flow from the mountains of the east to burst out into the ocean between golden surfing beaches.

In the opposite end of the country you have the Algarve. The ‘border’ with the Alentejo region to the north is a mere 20 or 30 miles from the Algarve coast, yet the Algarve suffers none of the Alentejo’s extremes of temperature. The main white grapes are Arinto, Malvasia Fina, Manteúdo and Síria, and for the reds Castelão and Negra Mole. However, the new wineries are making wine from national and international grapes: Touriga Nacional and Syrah, Aragonez and Cabernet Sauvignon, Trincadeira, Alvarinho, Chardonnay. And there is much more Portugal to discover.