It’s rare that the darkened, red neon- streaked quarters of Atmos Club (2nd Floor, 153 Ton That Dam, D1) aren’t at least mostly filled with patrons, almost all young Vietnamese clients who seem to have walked out of fashion magazines dressed defiantly in black clothing. Top charting hip hop courses through the club; the absence of light is made up for by a sound design that could easily fill a space two times the size of Atmos. Sipping champagne or a bottle of top shelf whiskey—the club unapologetically offers a menu made just of bottle service, no cocktails—clubgoers sit on couches arranged around the glowing tanks that hold the chilling liquor bottles. 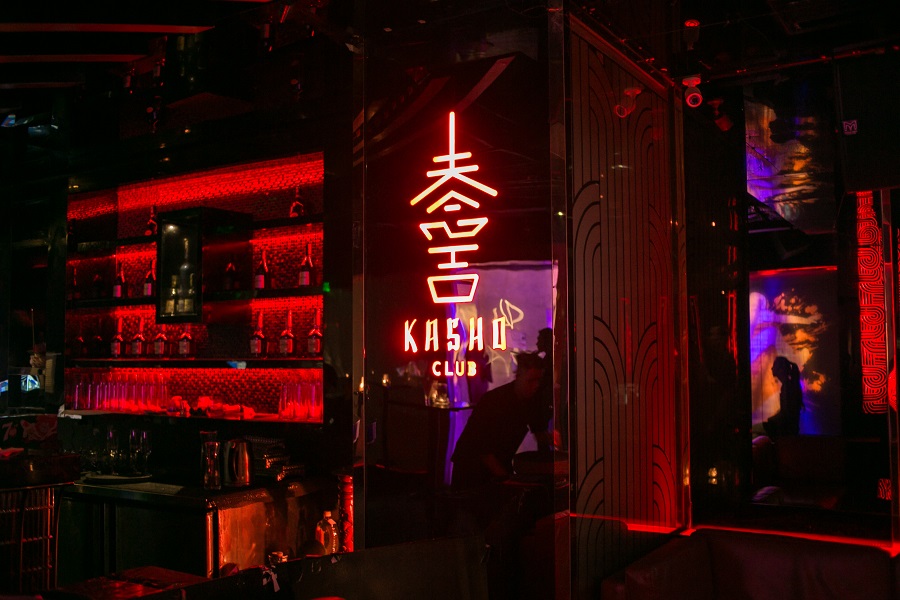 When Son Tung – MTP wanted to visit downtown Saigon for a performance, this European-style club was his venue of choice. Atmos is just four months into its reign as the upper District 1 area’s only premium club. The club is the concept of Hoang An Nhien Group, an entertainment syndicate that operates Atmos and its brotherhood club Kasho (99 Nguyen Thi Minh Khai, D1) in downtown District 1. Both are top-tier, lavish clubs. Kasho’s location at the intersection of districts 1, 3 and 5 is a strategically important location. Atmos looks like the inside of the space station where the end of the universe is plotted. The hip hop is there to take the edge off things as are the bottles of Macallan 12.

Atmos goes from 10 pm to 3 am all seven days of the week. On the Thursday evening when Oi visited, the club held around three quarters of its 200-person capacity, a normal night for them. Atmos’ listeners dine on a strict diet of hip hop. Expect to hear that new Travis Scott record. You’ll hear it after In Da Club by 50 Cent, a song that still sounds brash years later, perhaps given new life inside Atmos’ darkened, sound-rich chambers, which feel like the inside of someone’s very cool car. 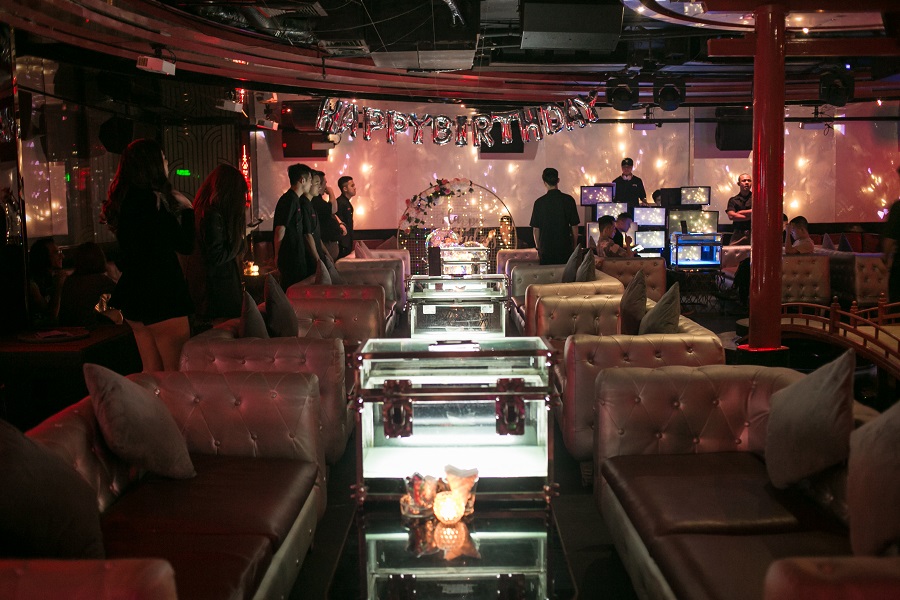 The hosts of Atmos roam the streets in front of Ton That Dam, smartly dressed men and women whose similar color coordination makes them all seem perhaps from the same fashion show. Women in beige trench coats wait in front greeting clients and diverting them to the club. The single entrance is easy to miss. Atmos’ visitors have no such auditory clues to follow. Look for the smartly dressed in front of a darkened door in front of District 1.

From there, take the elevator up to the club itself, which is located above less for views than it is for being an enclosed space tightly containing the venue’s cool and abundance sound. Like Atmos, Kasho prefers darkness accented by red lights. Atmos is cozy with a teasing evil-ish motif: skulls abound the club. Large projections of the inside of someone’s consciousness display abstract patterns and lights behind the two DJs that play for Kasho’s audience. Clubgoers are seat around glass cases similar to Atmos that hold the party’s liquor bottles. Kasho serves hookah, but perhaps not enough to create the ambient smoke that permeates the atmosphere around the venue. What you find at Kasho is the polished dark of a place alive with both people and activity. Kasho seems to embrace the dark of the night rather than defy it. Light is used strategically and with purpose. Lighted buckets hold liquor bottles in a little pool of light, a relatively subtle gesture compared to the serving process. Ordered bottles are served by a costumed club hosts who dress is hard to make up in the dark. Someone is wearing a hood and another person is wearing a silvery face mask. One person holds the liquor, others hold the indoor fireworks that announce its arrival and two others hold the lighted discs that bear the face of a sinister looking horned figure. The whole thing bears more similarity with a ritual sacrifice than bottle service. The individual elements of Kasho are found elsewhere. You might hear the music elsewhere in Saigon. The clubs costumes, you’ve probably seen something like that before if you’ve played Mortal Kombat. The red, spare looking gate in the middle of Atmos’ club floor can be seen at a Shinto shrine in Japan. In combination like this however, these two locations offer a club experience you won’t see anywhere else.