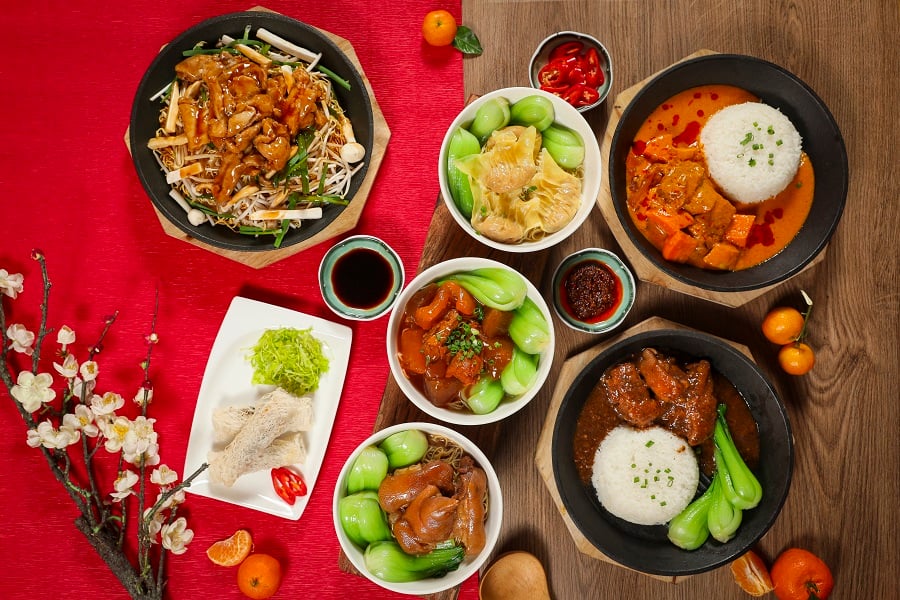 Among Saigon’s most prominent food & beverage groups, WMC has long been known for its range of restaurant styles and signature menus that are always designed to appeal to broad tastes in dining. This year, the group has launched its latest venue by returning to one of its longeststanding brands, setting up shop in the most eye-catching development in Chinatown—The Garden Mall. Café Central (Café Central The Garden Mall, 1.12A&B, Ground Floor, The Garden Mall 190 Hong Bang, D5) has been a fixture in WMC’s portfolio of F&B offerings since it opened on Nguyen Hue back in 2002.

Despite launching at a very different time in the city’s evolution, the venue has thrived in the same location for close to 20 years—and it’s perhaps this longevity that has prompted WMC’s recent revisiting of the brand. Café Central set up a new location on Pasteur last year, and this month the Garden Mall venue is officially opening its doors just a stone’s throw from the firm’s original five-star accommodation property in Cholon, the Windsor Plaza Hotel. 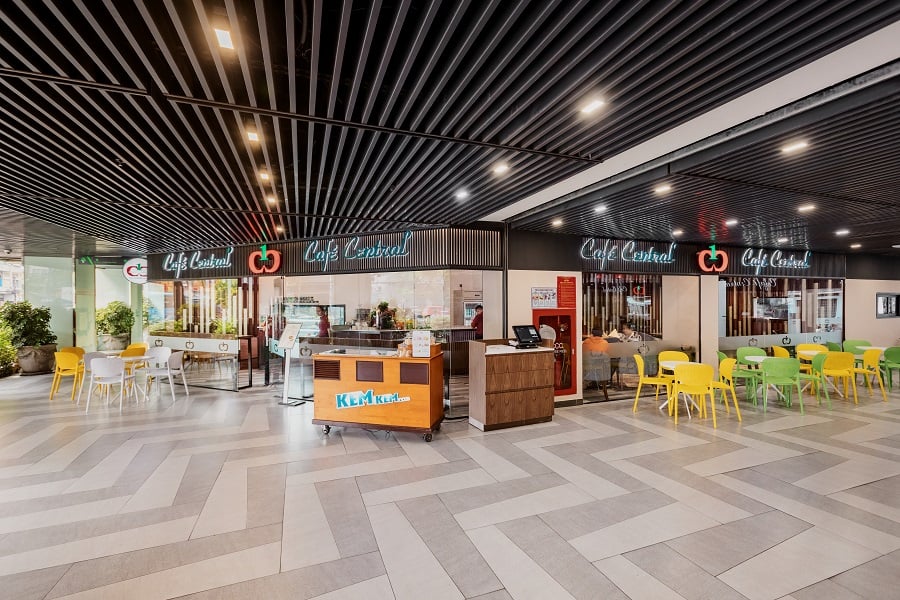 While quality restaurant chains are a rarity in this part of the city, the decision to open in the heart of Chinatown reflects both WMC’s roots in the area as well as the influence of Cantonese cuisine on Café Central’s menu, which draws on dim sum staples as well as local favorites and some Western classics. It’s also a gesture of confidence in the potential of the Windsor’s sister development The Garden Mall to hold its place as Cholon’s commercial and entertainment hub in a district where few such projects have even reached completion.

Café Central Garden Mall spans two units in the center ground floor of the three-tower complex, with the entranceway space featuring an open kitchen and a limited number of seats where diners can observe the chefs at work. A deli counter featuring Chinese pastries is also reportedly being planned for inclusion in this area. The completely separated rear space is entirely devoted to plush, cozy seating at tables designed for large groups—as well as more intimate spaces for two. Like the original Café Central, the décor manifests a relaxed elegance without attempting any unnecessary fanciness—perfectly befitting the restaurant’s pleasantly understated menu, which is guaranteed to feature well-loved dishes with something that will appeal to every potential diner. 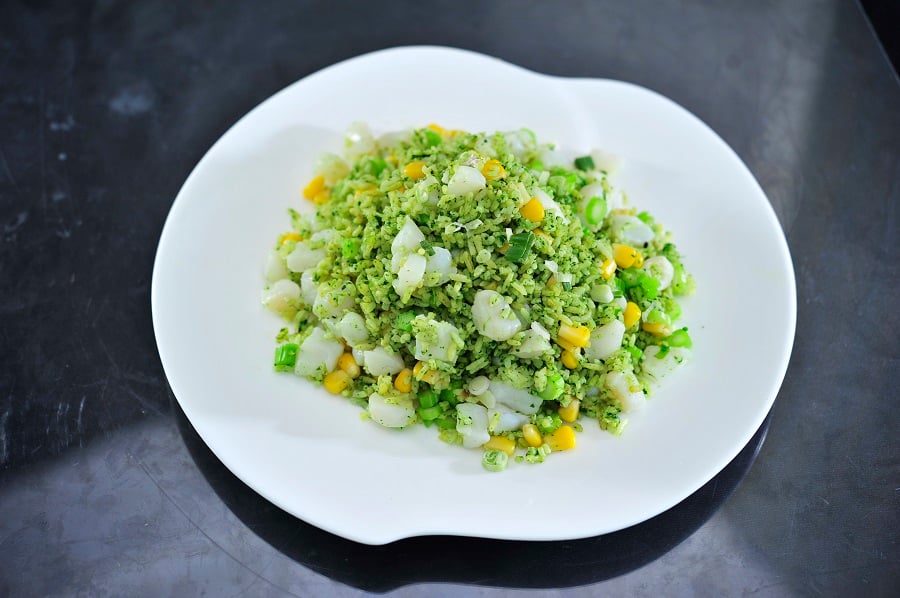 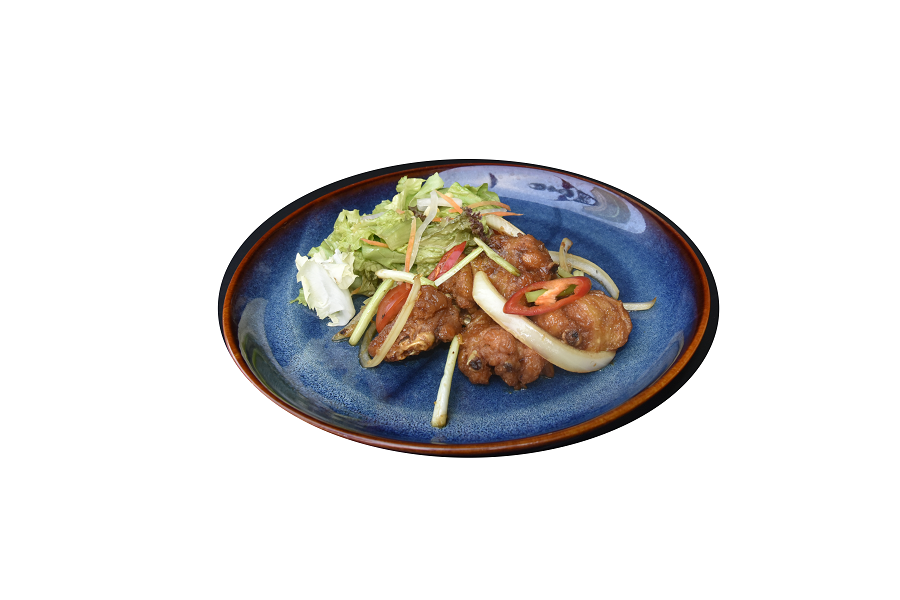 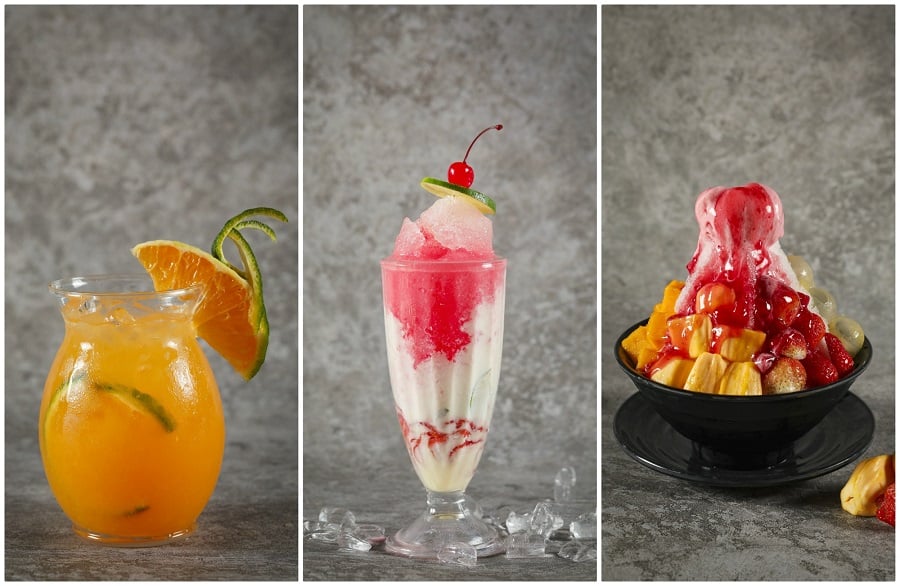 For our quiet lunch appointment a couple of days before the official opening on March 1, we skewed towards the Chinese offerings on the menu so as to get a better feel for the brand’s new locale. We picked what has to count as Chinese comfort food—a warm fried rice—sampling Café Central’s shrimp with green sauce fried rice (at VND78,000) as a base to the meal. This was prepared as a soft and tender version of a simple staple that is nonetheless often ruined by overconfident chefs (ahem) with a gentle umami that could not possibly fail to win favor with any caliber of diner. This we paired with the restaurant’s deep-fried chicken with fish sauce (VND48,000), which presented a localized rendition of a traditional Cantonese sweet & sour recipe that was pleasingly balanced and without a whiff of anything remotely towards the more extreme edges of the flavor spectrum. 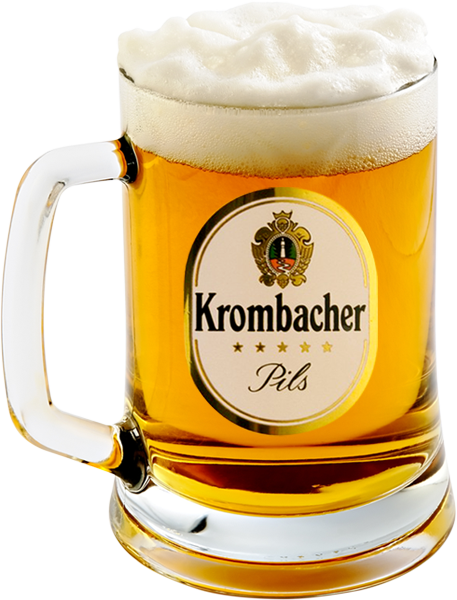 All WMC restaurants serve the group’s house German beer— Krombacher draft, a classic brew that has been Saigon’s default craft beer since before anyone knew what that was. We washed down our lunch with modest glasses of the pilsner ale (VND60,000) while trying a steamed pork and shrimp dumpling (VND78,000) dish served in traditional bamboo steamers so as to sample Café Central’s Hong Kong-style range. The dumplings were dense, rich, and welcome snacks to close off with. The restaurant will serve customers seven days a week from this month onwards, with a 50% discount on selected items from the menu available until March 14. If you’re spending any time in Cholon and want to get a taste for some of the Chinese cuisine the area is known for without getting lost in exotic menus, Café Central is a safe and satisfying option suitable for everyone.