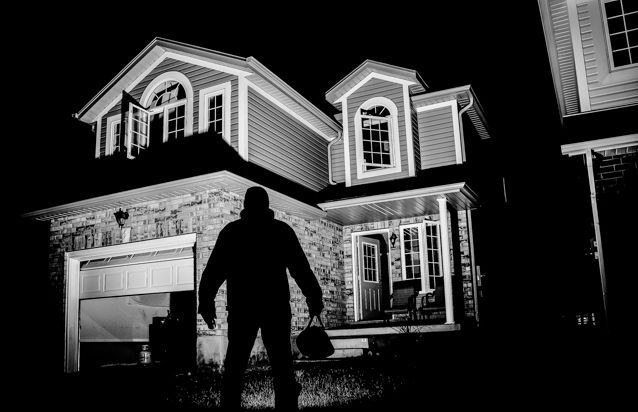 Mother’s Day this year took on a particularly sad note for recently-arrived An Phu resident Irene Wong and her family. Three weeks after moving into what appeared to be a properly-secured compound with 24-hour security guards in attendance, the family fell victim to a well-orchestrated burglary that occurred in their home, as they slept.

“They must have been watching us,” says Irene. “They had their eyes on us for sure. My husband had just withdrawn money from a nearby ATM. We were up late, so the theft would have had to have happened between 2am and 5am, with two security guards patrolling every half an hour. I think they were professional.”

“They got in through a window we’d left open. They got away with all our gadgets – iPhone, iPad, a few other tablets – and the cash from our wallets. The guards saw nothing. We were advised to put the word out with local taxi drivers that we’d be prepared to buy our stuff back, but nothing came of it. They’re gone,” she adds.

Irene’s story, sadly enough, is not uncommon these days. Residents of District 2 in particular seem to have been targeted for some time now, and the pattern is usually the same. Seven-year expat ‘B’ has seen it many times: “Nearly all the thefts that I’ve seen or read about have been thefts of opportunity. An unlocked door or window, an open window at night, valuables out in the open, etc.”

“It’s hard to say if people are being increasingly careless or if it’s just that more crime is being reported via online channels. I do think that naivety plays a part in it. I do see a lot of expats who refuse to adjust to the fact that they’re living in a place where this kind of petty crime is not just common, but likely to happen if you don’t take precautions.”

Just why District 2 is such an attractive target for criminals has less to do with its well-known concentration of wealthy residents (it’s hardly the only district in this town that high-income families call home) and more to do with the perfect storm of its geographic location. Ho Chi Minh City is surrounded on all sides by poor rural areas, but while its inner sanctum is sheltered from opportunistic theft by a buffer zone – a suburban mass to the north, west, and south – District 2 is directly exposed to Dong Nai’s industrial parks – packed with provincial workers who’ve come as close as they can get to the big city and who are still on a minimal wage, right across the river from an expat paradise.

Besides this, the district itself is huge – over twice the size of densely-populated Tan Binh, which has over three times as many people. Sparsely inhabited territories are tough to control – nicely compact Phu My Hung doesn’t have half the trouble despite sharing a highly-targeted demographic. This is a factor that many newcomers to the district easily miss, with the cosmetic buildup of the An Phu and Thao Dien areas nicely masking the brooding quiet of the remaining space.

The lessons for Irene’s family have been tough. “It’s been especially traumatizing for the kids,” she says, “and my two boys don’t like to sleep alone anymore. We’re more careful now. We have grills on the windows downstairs and don’t leave valuables out in the open anymore. We’ve learned that it’s important to keep a low profile here.”

Does this mean that District 2 is essentially a dangerous place to live? “It’s safe, of course,” claims long-term expat Pham Minh-Duc, who was himself a victim of a similar crime last October. “The problem is that expats aren’t as paranoid as the locals are. The Vietnamese lock up everything, but the expats feel more secure because they’re living in the compounds.

“What happened to me occurred between 1am and 3am – our neighbors heard noises at around that time. I wasn’t there, but my family was sleeping – they even came into my wife’s room while she was there. Exactly a month later at exactly the same time, the house in front of us was hit, exactly the same way,” Minh-Duc retells.

“It’s always the portable stuff they take now. No one steals TVs anymore. They’re too heavy, and they’re harder to sell. It’s always the iPads. People really hate to lose those, especially with all the personal photos on them you’ll never get back.”

Duc has campaigned on local online forums to encourage other foreigners to pay more attention to security, the most effective way to avoid falling into the same trap. He strongly recommends locking every door and window at night, as well as ground-floor accesses in the daytime while upstairs. Lock the doors to your bedrooms at night, pay closer attention to noises, and most importantly – don’t leave your valuables out in the open.

“I can’t recommend any security company,” he says. “To me, it’s useless. The guard will sleep at night and could be used as source of information by thieves. You’re better off investing in an alarm system that could dissuade people from visiting you. I’ve invested in quite an expensive system; it cost me USD1,500 but it’s less than what I lost in the robbery.”

He hasn’t been scared away. “It’s still a safe place to live compare to other parts of Asia,” he says. “We feel very safe, actually. But perhaps that’s the reason why we were robbed.”