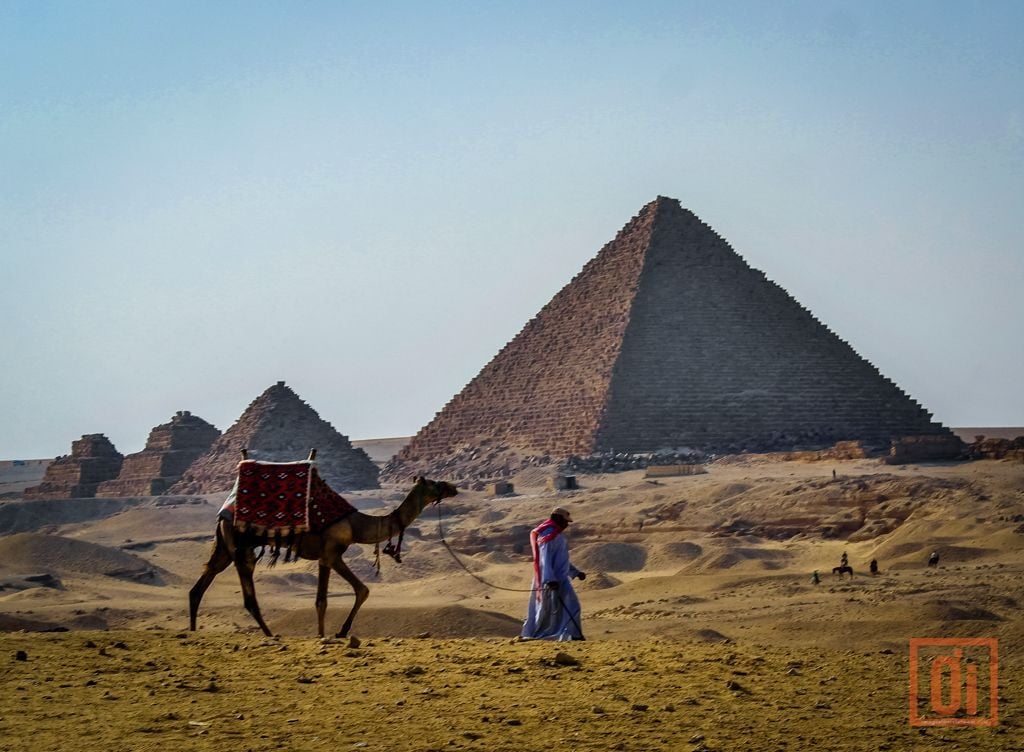 Galvanic and soul-stirring, Cairo’s breakneck pace of life translates into a colorful concoction of intriguing characters and unlikely sights and sounds

Text and Images by Nazley Omar

“Every Friday there is a revolution!” declares Ahmed, an Egyptian taxi driver, as he takes a corner at full tilt.

My introduction to the Egyptian capital immediately sends my senses into overdrive. With no traffic lights or stop signs in sight, Ahmed weaves in and out of the frenzied traffic with ease and precision. When I wince as a car brakes right in front of us he flashes me a big grin and says, “Relax! This is Cairo. It’s crazy but everything is OK!”

There is no better way to sum up this enigmatic city. Few countries have changed so much over such a short period of time as Egypt has since the revolution of 2011 when a wave of demonstrations resulted in the overthrow of long-time President Hosni Mubarak.

As we near the city center, the streets pulsate with life and the locals show off their raucous entrepreneurial spirit. Street stalls and hawkers have set up shop in the shadows of grand historic edifices. And even though it’s still the early hours of the morning, people mill about in the hundreds. We drive past the symbolic Tahrir Square that was the backdrop for Egypt’s Arab Spring. While the unrest in the city has subsided, some people are now unhappy with the current President Mohammed Morsi, explains Ahmed.

“Many feel that his government is in fact worse than Mubarak’s but at least Cairo is safe to visit now. We want visitors to know that they are welcome,” he says.

While it’s a precarious time politically and economically, it’s a fascinating time for tourists to experience the city as it bursts with change. The jewel of the Nile is prepared to reward travelers with lower prices and less congested tourist hotspots due to a significant decrease in visitor numbers. In addition, as tourism is essential to the livelihood of many, locals seem to go out of their way to avoid bad publicity. 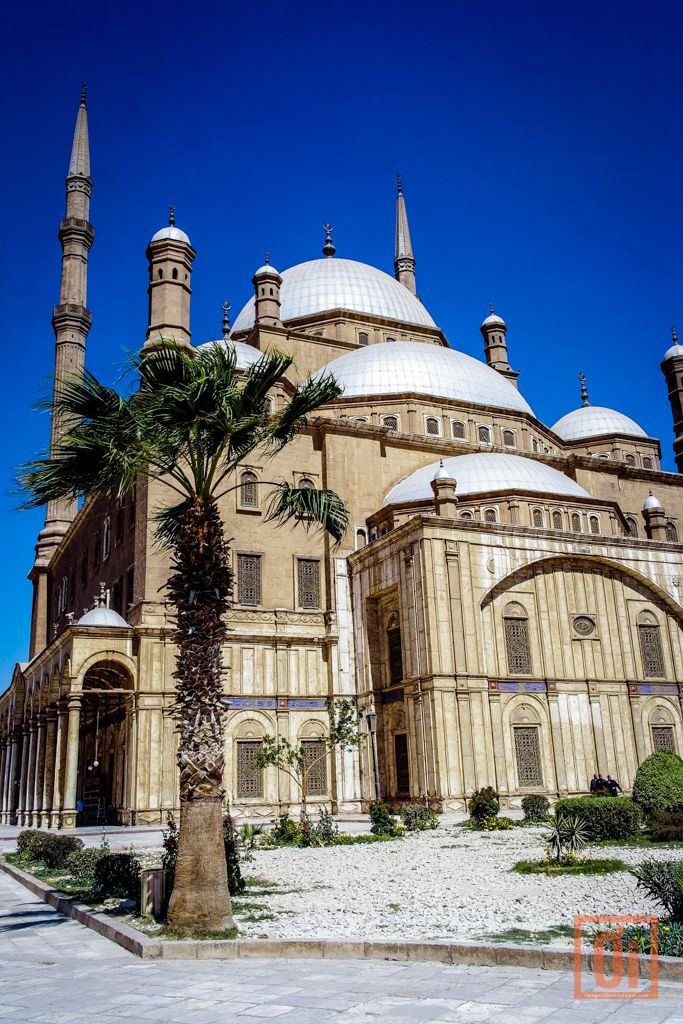 A character in the story One Thousand and One Nights proclaims, “he who has not seen Cairo has not seen the world at all.” The center of one of the most spectacular civilizations of the ancient world, Cairo has long experienced changes of power. This has resulted in the city being divided into the Pharaonic, Roman, Islamic and Christian districts, each significantly different, making the city a kaleidoscope of cultural diversity.

Dubbed “the city of 1,000 minarets,” Cairo’s skyline is an amiable horizon of domes and minarets and is home to some of the oldest and grandest mosques in the world. Each mosque stands tall in its opulence and has a charm of its own, meaning you could visit several and still be enchanted by each one. While the Al-Azhar Mosque is the most popular with tourists, the ambiance at the Aqsunqur Mosque is like no other. From the outside, it blends in with the gray, dusty backdrop of the city but once you enter the courtyard, calm permeates the structure where high ceilings are peppered with small, bright lights. While the mosque resembles the Blue Mosque in Istanbul, there is no denying the exceptional architecture highlighted by the beautiful blue tiles with floral motifs that cover the qibla wall. The best part of the mosque is the reward you get for climbing the stairs up the minaret. It opens up into a sublime view of the citadel, the Sultan Hassan Mosque and the walled medieval city. People, farm animals and cars swarm about below in a controlled frenzy of a well-oiled commerce machine. Then the adhan (call to prayer) sounds, and just like that, the city comes to a virtual standstill.

Old Cairo, home to the Coptic Orthodox Church, is the chalk to the Islamic district’s cheese. Founded in 42AD, the Coptic Christian community has withstood centuries of persecution under the Crusaders and Muslim rulers. With some of the city’s oldest churches, mosques and synagogues in the same vicinity, it’s the perfect area to lose yourself for a few hours. I wander the streets discovering mosaics and tombstones hidden in dusty lanes.

The Hanging Church, dedicated to the Virgin Mary, is the most popular church and for good reason. Beyond the entrance of the gate, the courtyard is bordered with beautiful mosaics and steps lead to the sanctuary where the 11th century marble pulpit, murals and timber roof reminiscent of Noah’s Ark bask in their grandeur. I am lucky enough to witness some of the liturgy held in the old Coptic language.

Egyptian souks are an integral part of local customs where commerce takes place cheek by jowl blending elements of the medieval period, African and Arab culture. Situated in the Islamic district, Khan el-Khalili is a revered outdoor marketplace that dates back to the 14th century. It’s easy to lose yourself in the labyrinth of stalls and get intoxicated by the excess of colors, smells and tastes. Handmade traditional artifacts, spices, hookah pipes and leather are all a steal. Here, haggling is a valued verbal art.

While the shopkeepers’ persistent, and sometimes aggressive, tactics intimated some, I welcome the challenge. My most celebrated moment comes after 15 minutes of playing cat and mouse, as I manage to bring a merchant down to 100 Egyptian Pounds (USD28), from 220, for a pair of handmade leather shoes. As I skip out the store, he calls out, “Nice doing business with you, shukran, shukran!”

I reward myself with a cheap but hearty falafel (bread filled with chickpeas) and fūl medammis (cooked and mashed fava beans). Finishing it off with a traditional Arabic coffee and shisha at an authentic coffeehouse makes it the quintessential cultural treat. 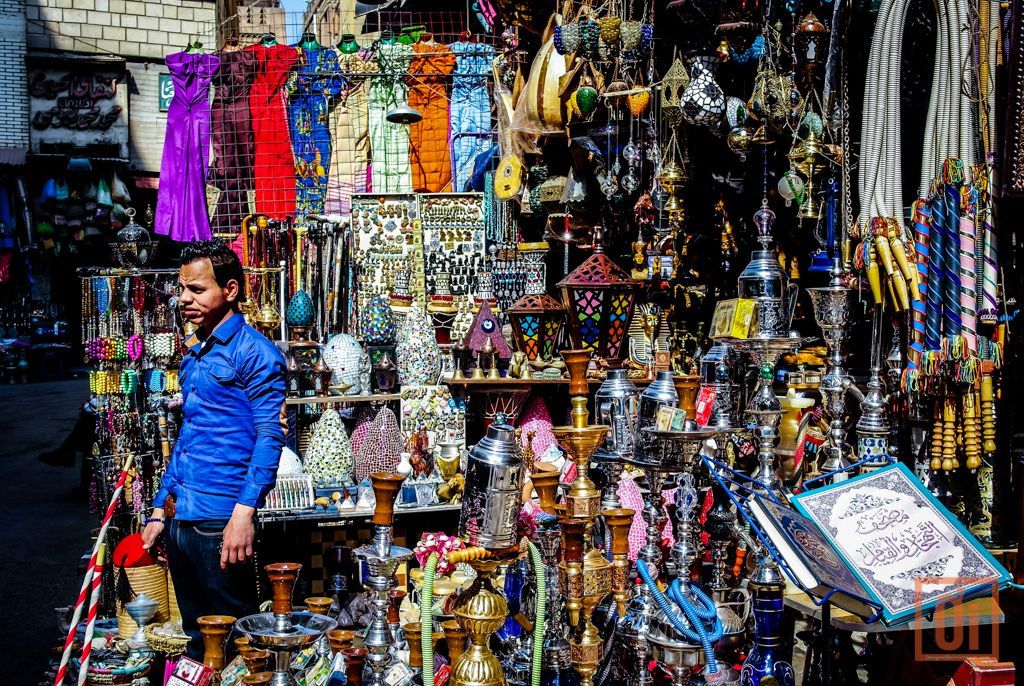 No trip to Cairo is complete without visiting the only one of the Seven Wonders of the Ancient World still intact. The Pyramids of Giza are every bit as awe-inspiring as expected. When standing at the base looking at the Great Pyramid rise coolly from the desert, I am overwhelmed by the sheer size. Imposing and majestic, the pyramids baffle the mind and stir the soul. Standing right up against the large slabs of rock, some of them far taller than me, is proof enough that the Egyptians were far ahead of their time. It is believed that the three pyramids were built for the Pharaoh Khufu, his son and grandson (Khafre and Menkaure) around 2530BC. Some 100,000 people worked on it moving six and a half million tons of stone with nothing but wood and rope, over a 10-20 year period. It’s no wonder historians and Egyptologists have long questioned how the grandiose tomb was built – before the invention of the wheel – inspiring countless conspiracy theories.

The best way to explore this mind-blowing region is by camelback. Our guide Yusuf delights us with stories of this fascinating civilization. We have great fun snapping pictures from a spot where you can capture all three pyramids. We take the requisite shots of using perspective to alternately jump over the pyramids or hold them up. A short camel ride away lies the magnificent Great Sphinx of Giza which is the world’s oldest known monumental sculpture and is believed to date back to the reign of Pharaoh Khafra 2532BC. Well worth the extra cost of the camel ride, my day trip to Giza culminates by watching the sunset in the desert, which paints the sky in picturesque brushstrokes. 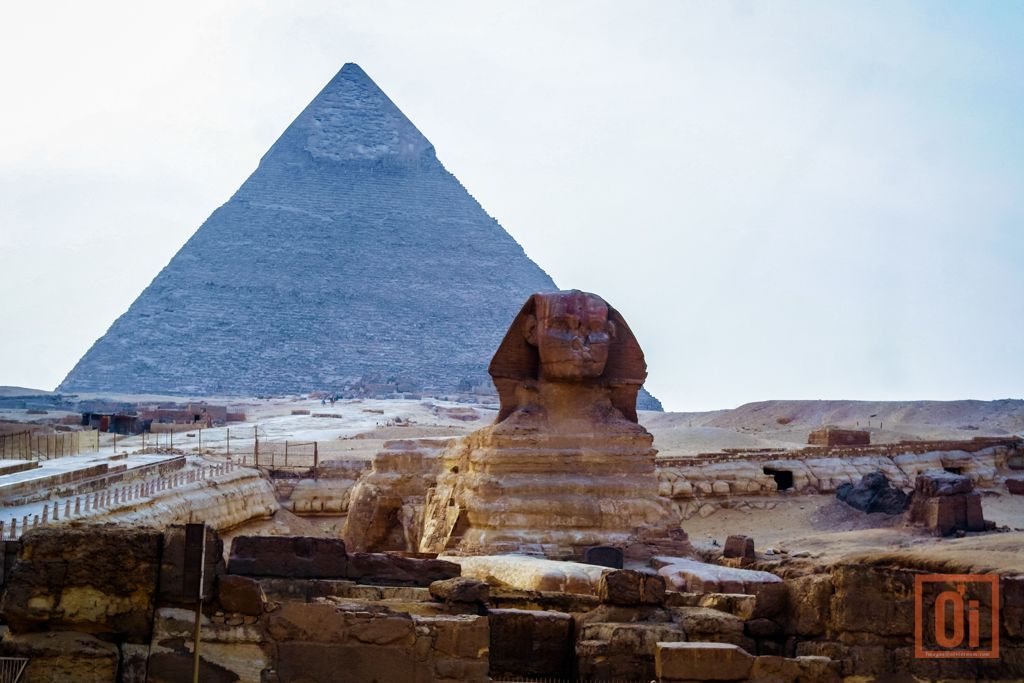 If the Pyramids of Giza are the holy grail of Cairo then a cultural trip down the Nile is the Cup of Life. The river overflows with history, religious significance and culture. I decide on a dinner cruise that has a scrumptious buffet of local delights. A complete juxtaposition from the conservative, Islamic elements of Cairo, the belly dancers wow me with their captivating pelvic moves. Curvy, gorgeous and scantily clad, they work the crowd often stopping to snap pictures with eager tourists. The most impressive is the spinning Tanoura folk dancer. Dressed in an elaborate outfit that resembles something out of Joseph and the Amazing Technicolor Dreamcoat, the dancer spins tightly around one spot, performing various tricks for a solid half an hour. The show concludes with audience interaction. Unfortunately, I am not as graceful as the folk dancer, the weight of the coat throwing me off balance after just four spins. I make my way back to the table in a fit of giggles.

With its mix of old and new, bargain prices and the winds of change firmly stirring through it there is no better time to visit Cairo. A visit to Egypt not only brings the pages of history books to life, it’s firmly paving the way for the modern, allowing visitors to experience history through revolution in the making. 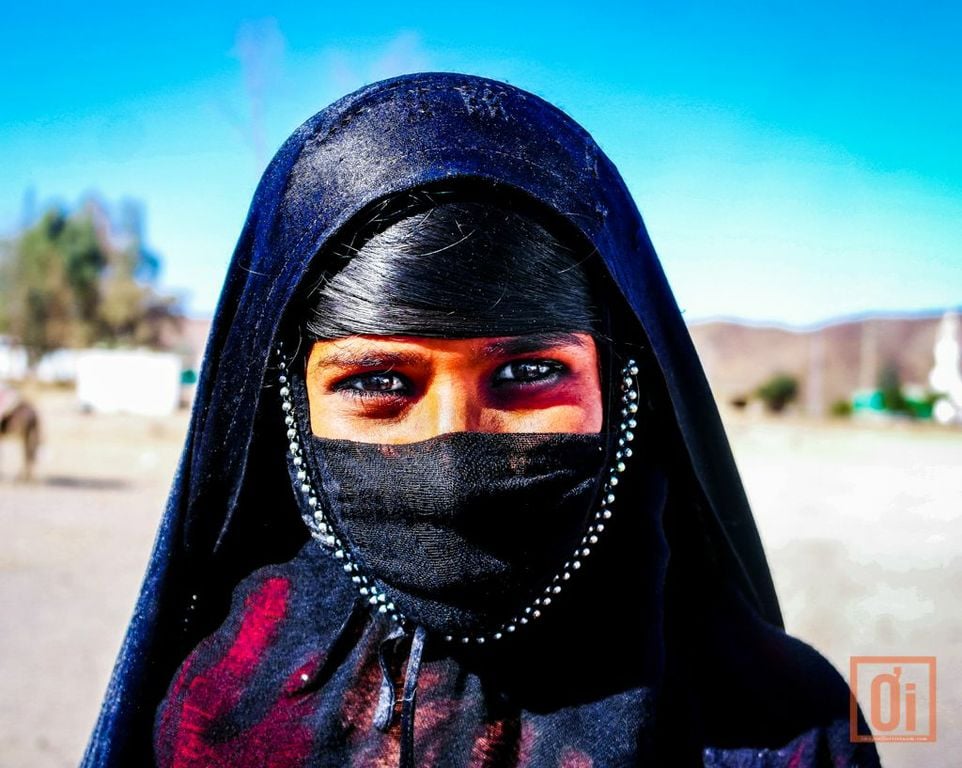 As Egypt is an Islamic country, it is advisable to wear modest clothing that covers your shoulders and knees, especially if you plan on visiting the religious monuments.

Egyptian hawkers and merchants are known to be in your face and sometimes aggressive but by responding politely and firmly they will let you be.

Tipping or baksheesh is a big part of Egyptian culture and is often requested as service charges to waiters, doormen, shopkeepers and garage attendants so factor this into your budget.