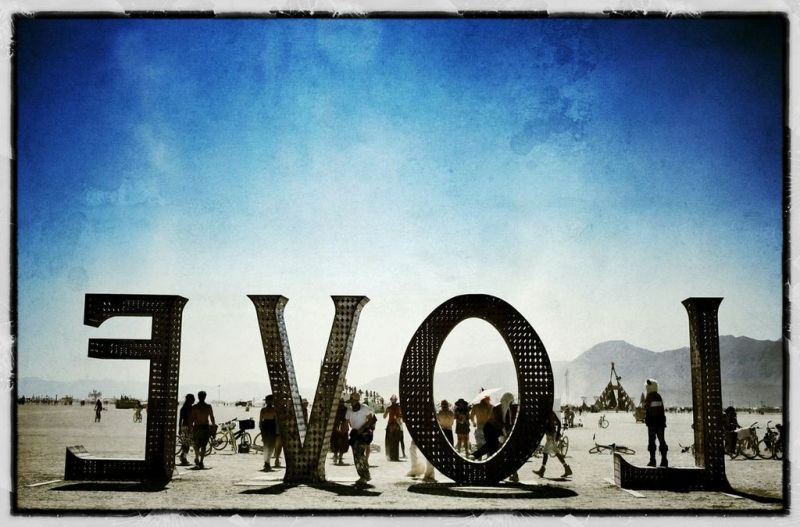 Once a year tens of thousands of people descend onto the Nevada desert to build a utopian society, and then disappear

About 100 miles outside the northern Nevada city of Reno lies the Black Rock Desert. It is an arid region of lava beds and alkali flats, or playa, which stretches from either side of the mountain range that shares its name. It is there, one of earth’s most inhospitable landscapes, that Black Rock City calls home, a city unique unto all others. 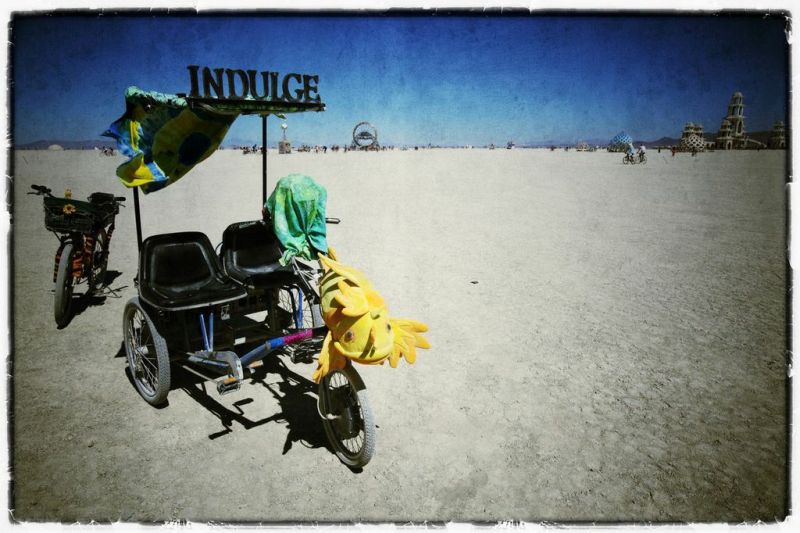 “The playa is a vast empty canvas. It’s hot. It’s dusty. It’s barren. There are no animals. No bugs. The winds can reach hurricane speeds. It’s extremely dry,” Rand Pate, a 12- year  veteran of Burning Man describes. “And yet, for one week out of the year it is one of the most magical places you can imagine. Strike that, it is the collaborative effort of the imagination  of many which builds a city you cannot imagine on your own.”

The lore surrounding Burning Man is as colorful as the denizens of the desert city itself. Conceived originally as an impromptu gathering on San Francisco’s Baker Beach in 1986 by  Larry Harvey, it moved to its present location in 1990 as part of the infamous Cacophony Society’s Zone Trip #4. It was attended by less than 100 souls over a three-day period in  September of that year. The early days of Burning Man were virtually lawless and anarchic as attendees made up their own rules, which is to say there weren’t any, and treated themselves to hot springs and drive-by shooting ranges. Over the years it grew and expanded and, as with any growing society, rules were needed to maintain some semblance of order and safety. 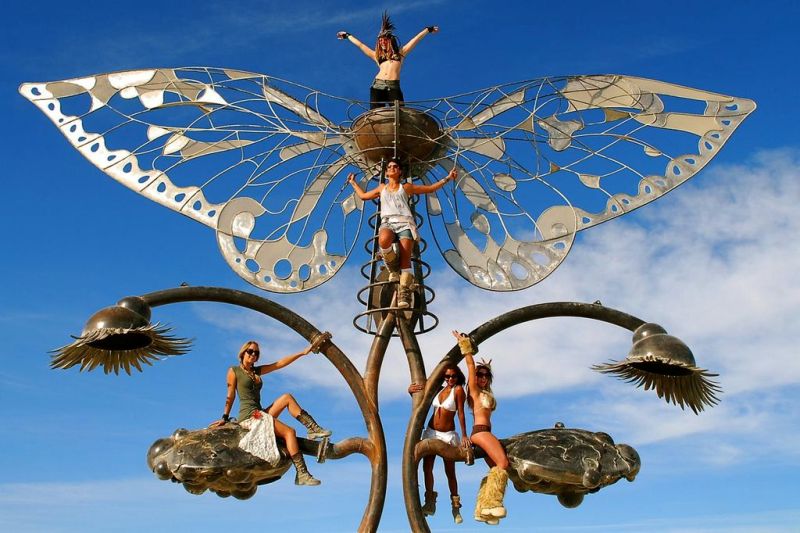 Principle Laws
Burning Man is guided by 10 core principles, an ethos, that includes the concepts of radical inclusion, radical self-expression, radical self-reliance, decommoditization, gifting, leave no  trace, and participation, amongst others. Furthermore, because it takes place on federal land, there is interaction with various government bureaus and law enforcement agencies that  involve permitting and a presence during the event. Then there are the Black Rock City Rangers, a volunteer group that helps with any number of issues that arise by seeking to resolve  them without involving law enforcement.

The ensuing quarter century has seen enormous change. The event grew steadily over the years. However, with the advent of social media, the word has certainly spread and Black Rock City nearly doubled between 2001 and 2008. It now attracts over 55,000 people for one week at the end of August and the beginning of September. It has all the characteristics  and amenities of a city: bars, nightclubs, restaurants, roller rinks, hotels, a post office, even an airport. 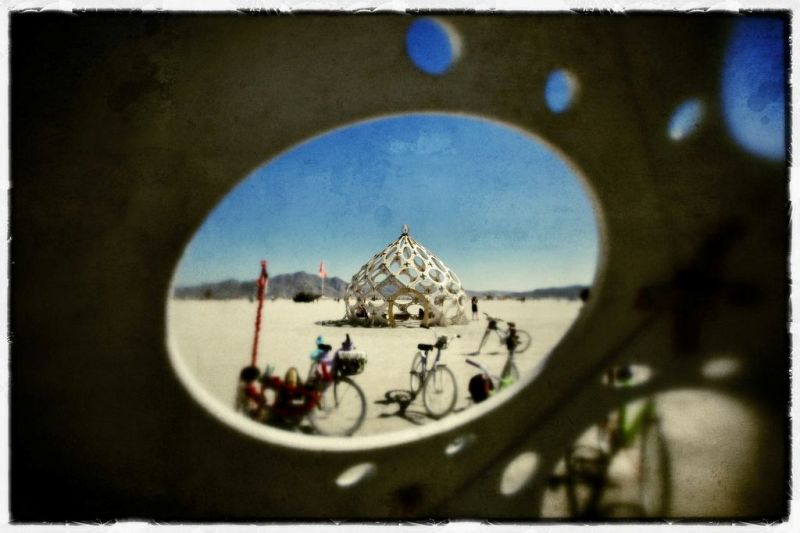 The festival runs from Monday to Monday and climaxes on Saturday night with the burning of a wooden man, sometimes as tall as 80 feet, in effigy. The ritual is mass catharsis for revelers – called Burners – who release a year’s worth of energy and begin anew. For Burners it’s New Year’s Eve, Christmas, and the Fourth of July rolled into one.

Zin Chiang, who lives in Berlin, describes herself as a “typical creative laborer” who has her fingers in several pies including photojournalism, game development, and digital film and  music development. “I stumbled into the Burning Man community right as it was experiencing an anticipated / dreaded ‘boom’ in 2006,” she explains. “In my opinion, the mainstream  boom that it is going through is not commercialization as many perceive it to be, but a sign that what used to be the niche ideals of a minority is no longer exclusive to the few who value the freedom that the 10 principles provide. These values have become increasingly visible and urgently needed as we experience massive changes in society and environment across  the globe.” 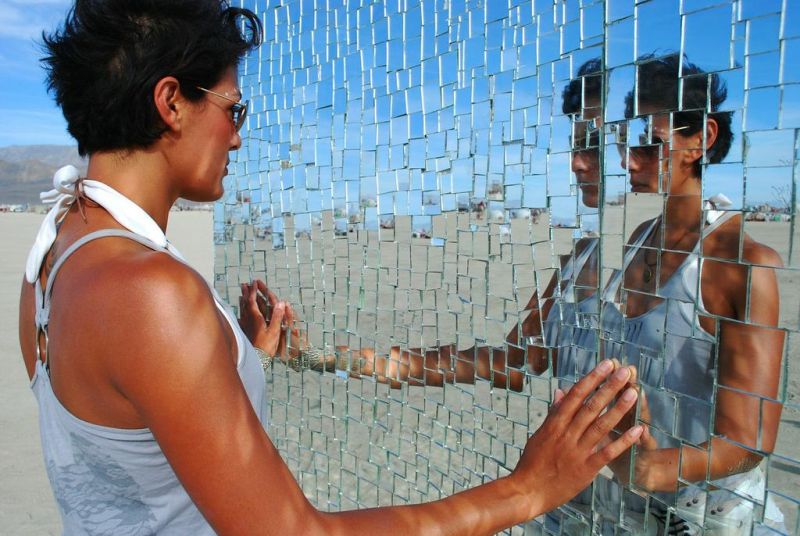 Transformative Powers
Many of the folks who make the pilgrimage to Black Rock City speak about its transformative powers. People attribute this to the focused creativity and openness that seems to strip away the programming that we all adapt to in order to function in our everyday lives in what is referred to as the ‘default world’. By breaking free of this programming people allow themselves to lead a life, if only for a short time, that feels more authentic and true to whom they wish to be. The goal is to bring these experiences back from the desert and into the default world; to live the principles every day of one’s life and in that way help transform society into a place that is a more rewarding, more human experience.

“It’s the one place on Earth, a temporary environment unique in human culture, where an adult can access their inner child for one week a year and be fully expressed,” says Tinkerbell,  a Black Rock City Ranger who preferred not to use her real name. “It’s where your faith in humanity gets a jumpstart and you begin to give from your soul, because so many others are  doing it around you, even if it’s just giving away an Otter Pop right when someone needs one!” 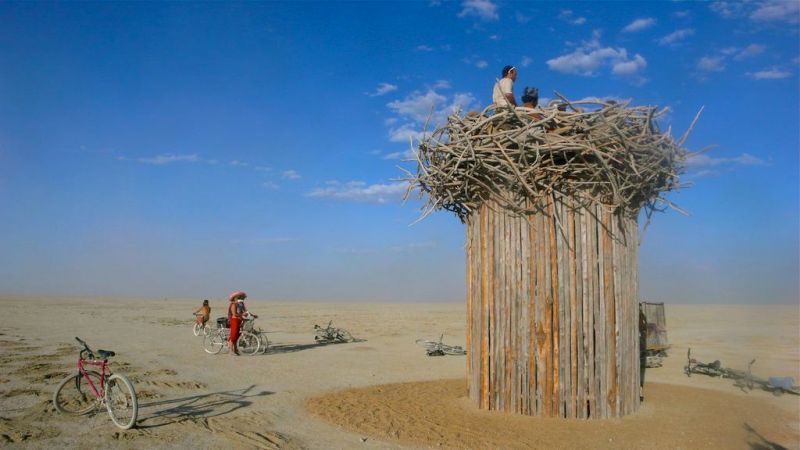 Black Rock City is a petri dish in which sustainable living, community, and social responsibility have been experimented with for more than a quarter century. It appears when pilgrims  arrive and build it out of nothingness, shed the dictates of society, and live as authentically and free as they dare for a week before tearing it down and burning it, leaving no trace that it  was ever there.

To find out more about Burning Man, visit www.burningman.com.