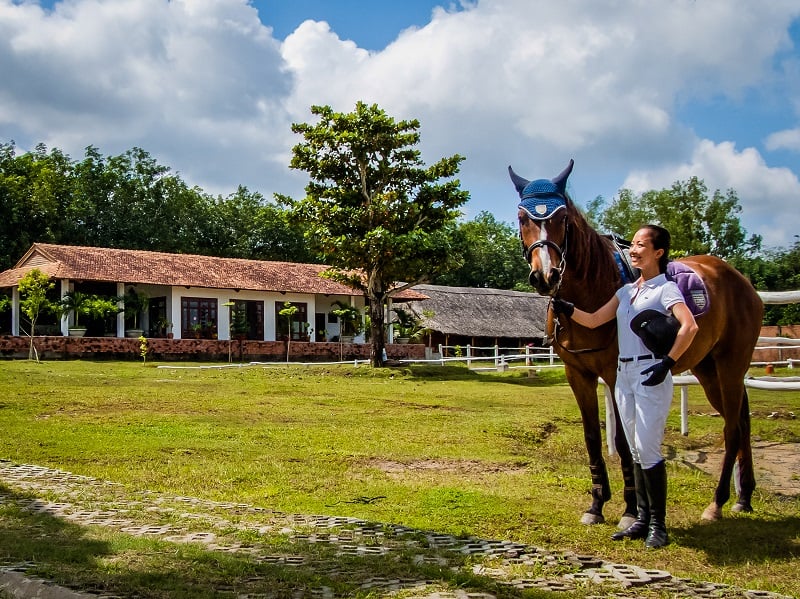 For a self-proclaimed equestrian center and farm, Bach Ma is as weird as it gets. One, it doesn’t accept passing guests. Two, it has been around for the last six years, but is only known to about a couple dozen people plus 200 Facebookers who may or may not count. Three, it has no marketing department and it doesn’t seem to want one. And four, while its website is full of photos of horses with reports on their condition, there is not a scrap of information on membership prices.

For all intents and purposes, Bach Ma Equestrian Farms appears either a poorly managed business destined for financial failure or a secret society open to only the most extreme horse fanatics. 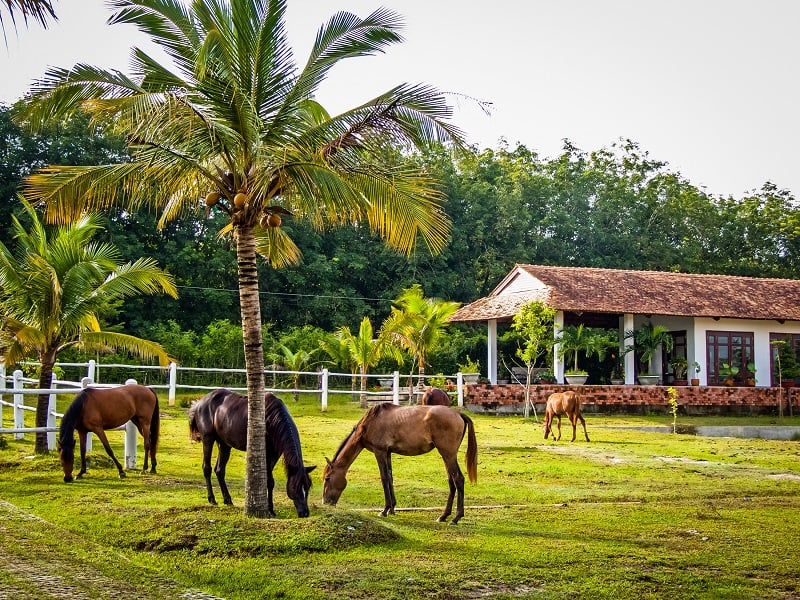 The truth is neither. As far as membership pool and exposure go, business is doing well. Morale is high among the staff and nobody looks to be given the sack due to failing business in the foreseeable future. And while a lot of its members consider themselves crazy about horses, one going so far as to say “horses are God’s gift to mankind,” its existence has never been a secret. In fact, within a few months, it will host the first ever equestrian grand prix in Vietnam. 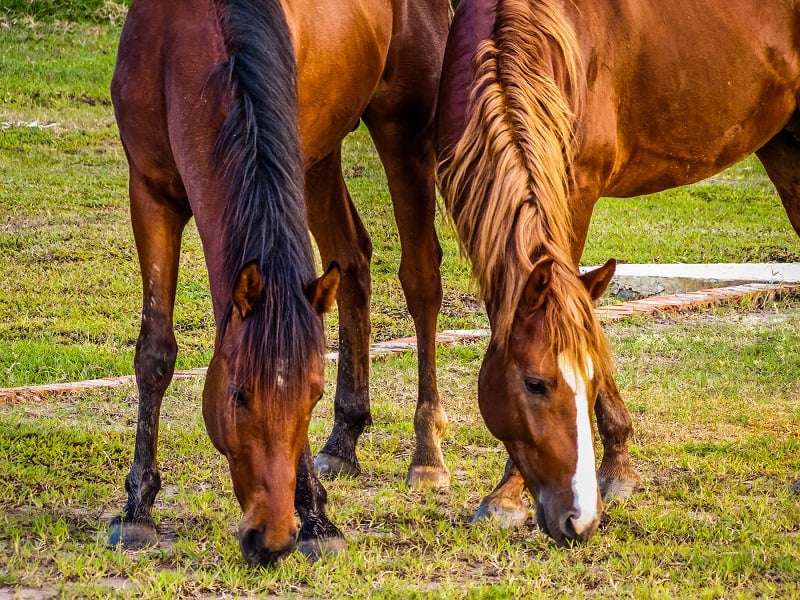 As strange as it sounds, while Bach Ma still sees itself more or less a business, it is not out for money. For the past six years, it has not seen one dong of profit, yet it is still going strong, now more than ever. The woman that has made all this possible, its owner and single source of investment, refuses to even give her name or let her photos be taken.

“I do not want people to know about me personally,” Ms. O, as she prefers to be called, explains. “If people want to know about me, I prefer that they know me only through my work here.”

Ms. O works 14 hours a day on average at her farm and has been at it for the last six years. Some would call her crazy. “They are right. I’m totally crazy – crazy about horses.” 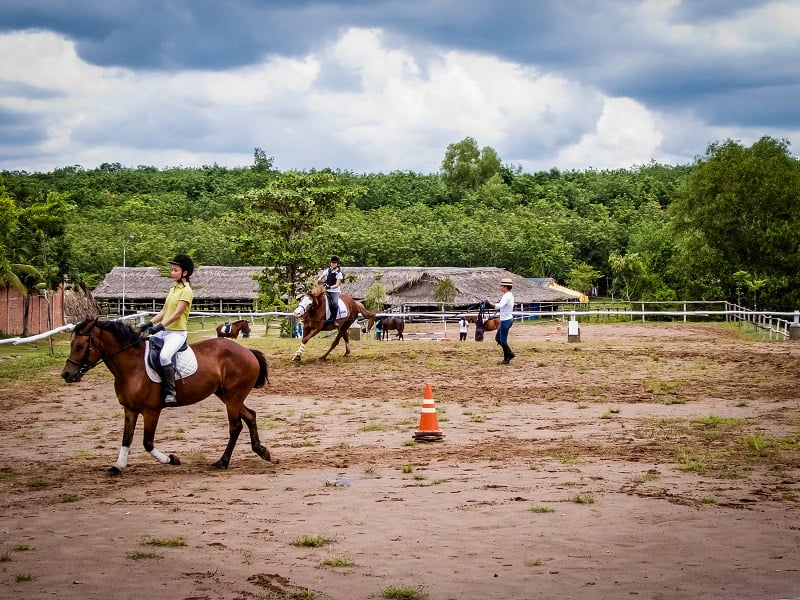 Her accomplishment so far is what any hardened professional horse rider would call the first ever proper equestrian center in Vietnam. Bach Ma sits on a five hectare patch of land roughly an hour and a half ride from the city, with three hectares reserved exclusively for a herd of 26 horses. It has every facility and process required for a proper state of the art equestrian farm – 10 stable hands man the farm 24/7, working under the motto of “We have Tet, but the horses need grass during Tet too.”

The only thing that comes close within Saigon is a pony club for children in District 2.

Horse Power
Bach Ma started out six years ago with one crazy horse lady, 13 horses, and their base in the middle of Song Be Golf Resort. However, the golf resort eventually proved uninhabitable for the horses.

“They didn’t like golf balls flying at them,” says Ms. O. “So we go wherever they go. This is as good as it gets. There’s space here for them. There’s no disturbance, no pollution. It’s a way away from the city, but in a few years they will enact the new law banning large animals in Saigon. We will be the closest horse farm to the city then.” 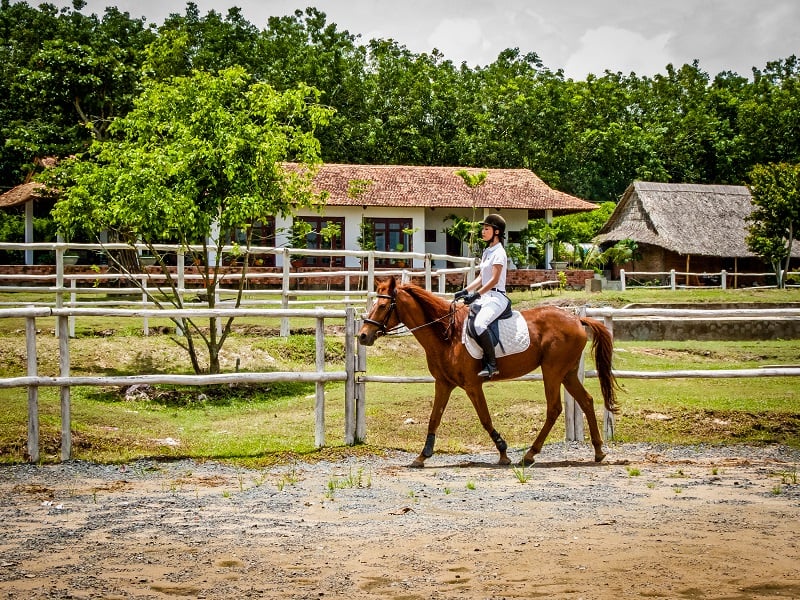 “The horses have changed since then. They are a lot happier now, some had babies,” she adds, speaking about them as if they were her children. She personally named all 26.

When asked why Bach Ma rarely allows single-day visitors, her reply was: “Our horses are not things for people to prod, take pictures with or ride for a few hours. If (people) are not committed to horsemanship, we will not take them. You cannot get to know a horse in just one day. We usually only take single-day visitors if they are foreigners who know at least a bit about horsemanship and do not live in Vietnam. Otherwise, it is dangerous for both the horse and for the rider. We have one-year membership and life membership. We want to do it the proper way.” 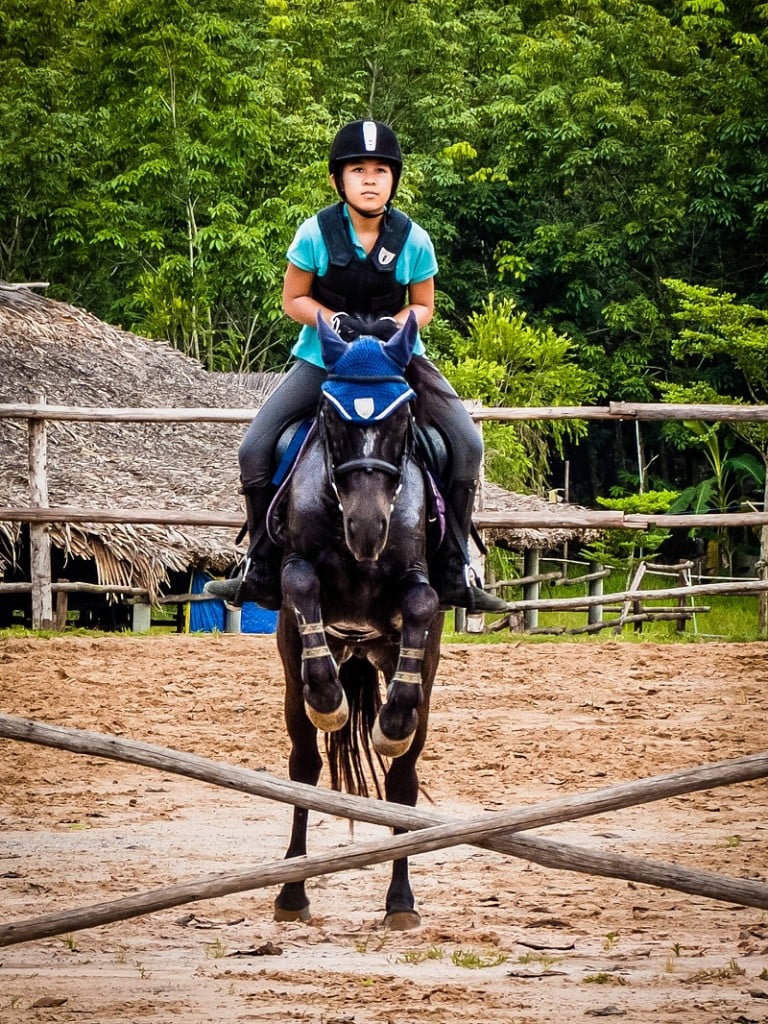 What Ms. O does at her farm is considered an anomaly by a majority of her fellow countrymen. Vietnam is a country where a horse is seen as a beast of burden, used mostly by farmers or people offering joy rides to tourists for a couple of dollars. They are in parks or beside tourist attractions. They are docile, timid, beaten-down things that are more machine within vaguely horse-looking skin rather than the real deal.

Ms. O’s ‘children’, on the other hand, are the exact opposite. They are majestic, proud creatures who won’t let just about anyone climb onto their backs. “Your horse is your partner. You need to get to know your horse, get used to them. Not one of them is the same as the others.”

“In the future, we will make this place even bigger. Five hectares is just the beginning. We will make this place into a 50 hectare farm. It won’t happen all at once of course, but it will happen. People won’t be able to cross the farm on foot. The only way for them to do so then is on horseback.”