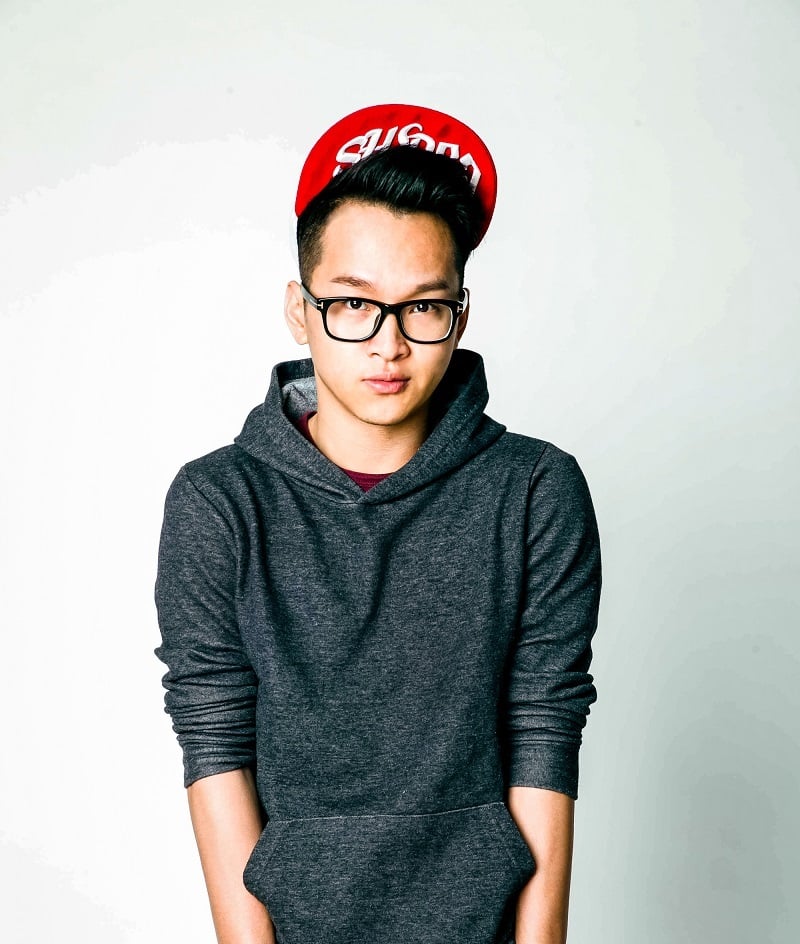 A local speaks about his experience coming out in Vietnamese society

Chatting with Yun Lukas, one gets the impression that life couldn’t be better, but not for the reasons you might expect. Yun is an increasingly respected fashion & lifestyle commentator who rubs shoulders with models, celebrities, and prominent designers – and yet he completely fails to mention this during our discussion, besides making a brief passing comment that he writes for such titles as Elle and Fame. Softly-spoken, charming, and somehow deservingly baby-faced, Yun has that look of someone who’s fallen in love.

In fact, it hasn’t been all that long since he broke up with someone – just as he was getting ready to immortalize his affection in print. Yun is probably best-known in Vietnam for his writing and teaching about baking, and when he was approached by publishers with a cookbook deal, he took it as a chance to celebrate everything he was grateful for in life. The book has now been published nationwide, but with very little mention of the love story that was going to be central to the final section.

It’s a sensitive topic. “Every recipe has a story,” he says. “From when I was a child to when I grew up to finding love in Japan. At the time I wrote that last part, I was already breaking up with him. There’s not as much of the love story in there as I intended.” 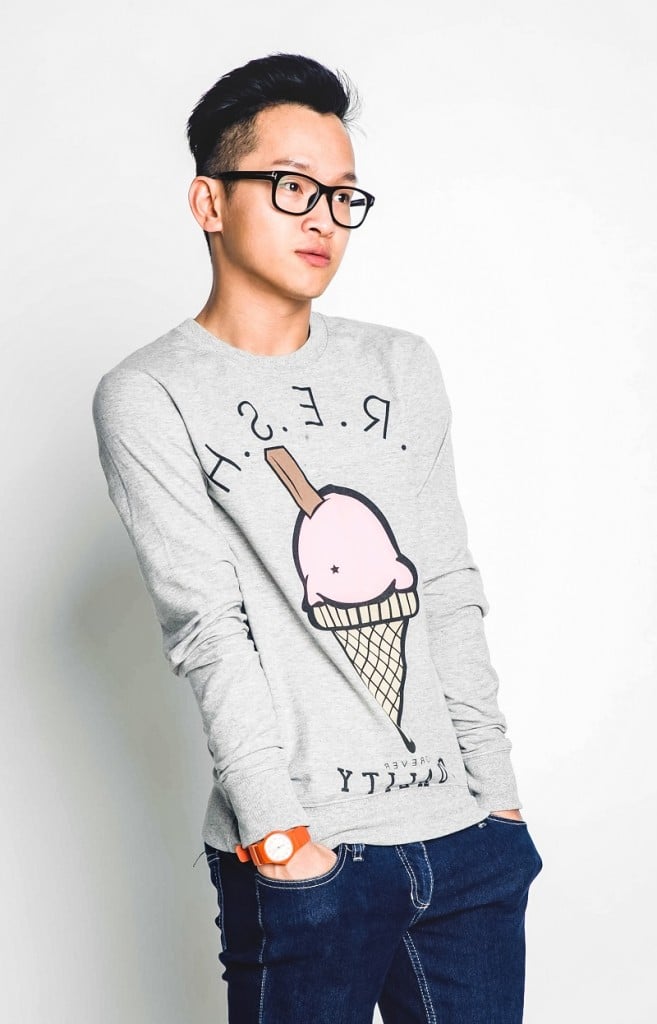 Yun’s Vietnamese-language “mookbook” – a cookbook of moods – is a pure distillation of its author’s sense of joy. “Anyone who reads that book will really know a lot about me,” he says. “The Chinese cakes my parents made, the snacks that used to be sold outside my school, the lamingtons I enjoyed while staying with family in Australia. For Japan, I was there in the springtime. It was all sakura flowers. That’s what ended up in the book instead of him.”

With his growing media platform, Yun could be described as well-positioned to champion a cause. With regards to his sexuality, however, it seems as if Yun has nothing to prove or fight for – because there’s nothing at all about being gay that makes him unhappy. Essentially, Yun leads a charmed life – virtually untouched by discrimination of any sort, he lives in a state of freedom that would probably satisfy anyone.

“To me, there’s nothing negative at all about being gay,” he says. “My family accepts it, everyone in my social circles knows about it, my company knows about it, and they all support me. I’m very happy. So far, I’ve had no trouble at all.”

“When I was 16, I found it a little uncomfortable to understand myself as a gay man. But by the time I was 22 in university, I felt totally free. I decided that life is too short, so it’s best to just live it the way I want to.”

Marrying Family Responsibilities
These days, Yun finds Ho Chi Minh City surprisingly accepting. “I don’t mind holding hands or kissing a man on the streets here,” he says. “Saigon is more open. Most things come to Saigon first. New trends and new things come here before anywhere else. Life is too fast, so they have no time to judge people. In Hanoi, it’s a little different. They have more time for that there.”

“Definitely the younger generation of gay men have more opportunities,” he adds. “They can go overseas, and they’re better educated. They have the power to enjoy their lives. Gay men here are a very talented social group. They all have some kind of special creativity – florists, artists, models, designers. They wear fashionable clothes. They smell good. They’re always clean. Well-groomed. They catch trends and follow them well. They enjoy their lives, enjoy traveling, enjoy eating their dinner. That’s what I see in my friends.”

This city, of course, hasn’t always been so accepting. “My older friends had to get married and bear their family responsibility,” he notes. “They had to marry a woman and have a kid, even though they didn’t want to.” In Yun’s case, close family bonds still carry their share of responsibility, but with the implicit acceptance of his parents, this takes a different form. 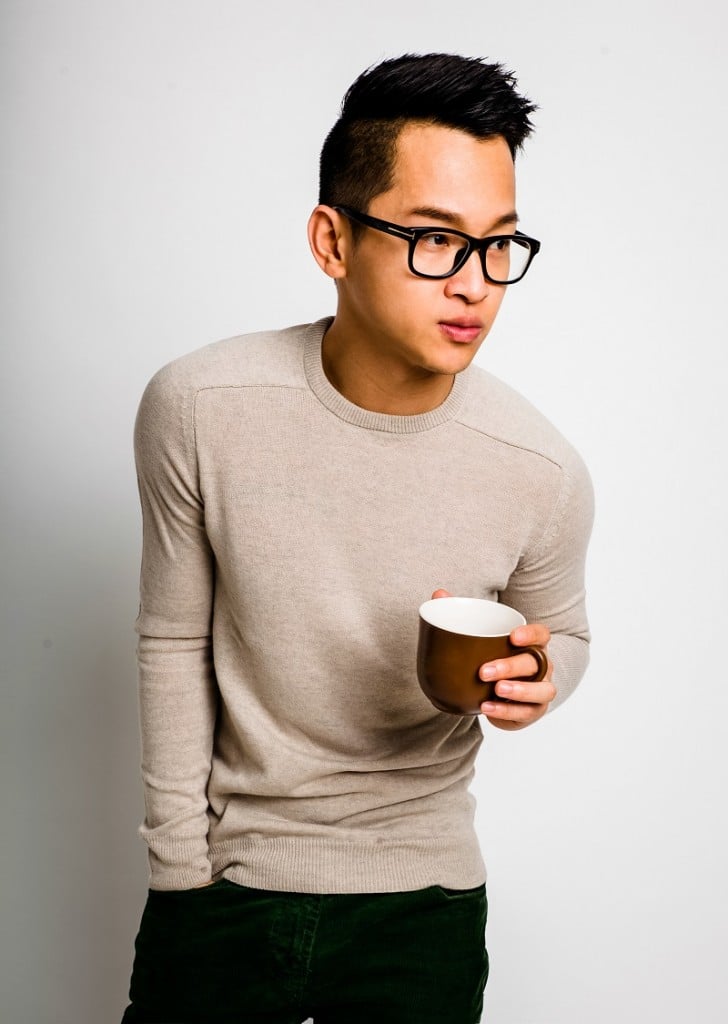 “I was a good kid from the start. My education was good, my job’s good, nothing I did ever hurt my parents. I work hard to earn my money and I take care of my parents really, really well. They see the positive side of me, and they’ve made it very comfortable for me to live my life. My parents are happy. Maybe I can’t give them children and so on, but I try to make them happy in my own way.”

Yun Lukas may be very lucky in terms of his warm support network, but the only hint of melancholy about him concerns that part of life that probably affects us all at one point or another – the search for love.

“I’m really a lovable guy,” he insists. “I really focus on the one I love. I take care of him well. I pamper him. Give him a lot of love. And of course, I feed him up with my cakes.”

Lukas is philosophical. “Maybe I met the wrong guy. But every time I start again, I fall in love the same way. People tend to get hurt and then love less, but I don’t work like that. I always give more. And I always hurt more.”

Being resolutely out of the closet is visibly uplifting for Yun, who is now working on a followup book to his Nhung Ngon Tay Vani. He’s blessed to be able to focus on his passions, both in love and in the kitchen.

“Everything God gives you is a gift,” he enthuses. “Both bad and good. Everything is an experience. Everything is a gift from God. I never reject anything. But being gay is certainly a very positive thing for me.”