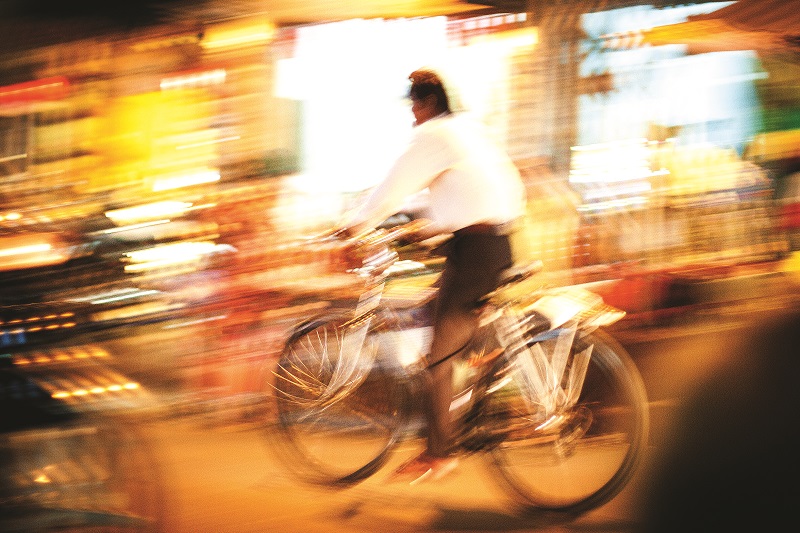 My Life as… a cycling masseur

My name is Huy. No surname. If you need one, make one up yourself. Have it whatever you like – Smith, Nguyen – whatever you folks fancy. My clients call me “Punch and Knead.” So it’s Huy Punch and Knead for them. I figure it’s as good a name as any.

A couple of years ago, can’t remember how long, a newspaper ran a series on us mobile masseurs. I remembered it was a pretty big thing, huge exposé on us, gritty and all that, didn’t leave any details unsaid. They ran it on Tuoi Tre, or Thanh Nien or whatever, and they probably still have it on the net these days. So I don’t know what you want to hear from me. Anything you want to know, they probably already published so what’s the point? I was paid for my time and it’s not like I’m ashamed of what I am, so I’m going to talk cause you want to hear.

So… I’m a masseur. If you’re the fancy spagoing type, you probably don’t know what I’m talking about. I’m not one of them cute young girls fresh off the paddy farms in one of them rich people spa houses, no ma’am. If you are one of them fancy spa-going type, you probably never saw my kind in your life before. But maybe you hear about me, no? What am I’m talking about? The kind of masseur I am… you know them − ratty, dirty, sweaty looking people on rickety rackety bicycles driving around the streets at night? Us with the metal Y-shape sticks with lots of empty bottle caps dangling from it. We rattle the stick to get people’s attention – the rattling noise is our signal – because shouting and hollering would make our throats dry and sore. Anyone so much as yell “dam bop” (massage) at us, usually them drunks from the booze houses, and we’ll come over all smiles and bowing, “Yes sir?”

That’s me, folks. The cycling masseur. We don’t have a fancy spa to treat you in and most of us aren’t cute young girls, but hey, we don’t charge a service fee. And as long as you don’t mind the smell, we do the same thing the cute young girls do in the spa, and we do them at a fifth of the price, so I figure it’s as good a deal as any. We aren’t picky about who we service either. No shirts, no shoes, I’m still going to give you a massage.

So, are you clear about what we are? Good. Back to me. So I’ve been a masseur for as long as I can remember, which is forever. At least since I arrived in Saigon. Nope, I’m not a native Saigonese. You think them hoity-toity native Saigonese would ever stoop to menial immigrant work like mine? You can go the entire city and you won’t find one Saigonese mobile masseur, I can tell you that. They think the spa type is already bad enough, let alone us folks of the streets. No sir, we are all poor as dirt emigrants.

Fresh Off the Bus 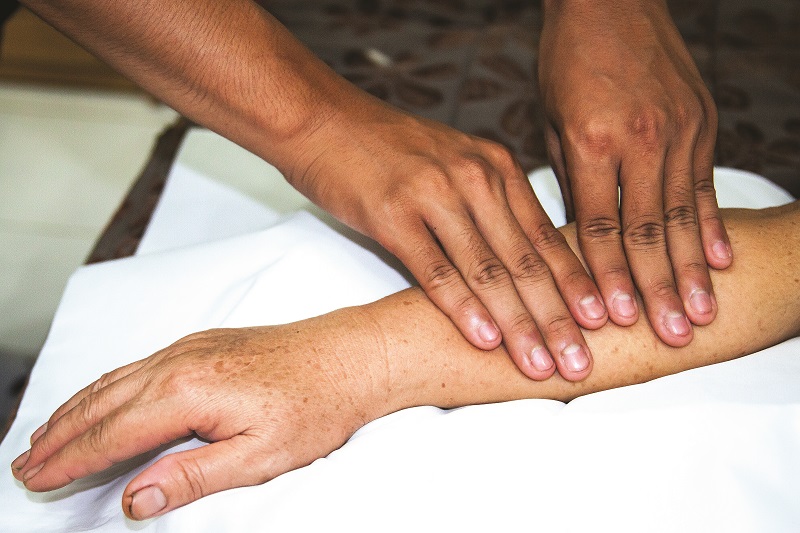 I’ve been a masseur since the day I set foot in Old Saigon. That was back a couple of decades ago. I was nine I think. Fresh off the bus with VND50,000 in my pocket. In those days, that lasted me for two weeks. But afterwards, I got nothing to carry me. So I had to find a job. Kneading and punching people’s backs is as good a one as any. So I took it.

What did you ask? Where were my mom and dad? Why wasn’t I in school? Child labor should be banned?

Why are you so picky about what you hear? We had just finished a war. The Americans dropped bombs on us. You think anyone cared that a couple of kids were running around, sans parents, and working to put food in their mouths? You don’t live the life. You don’t get a say.

I learned [the job] from this old guy. I used to run petty jobs for him in those first two weeks. Guess he took pity on me since learning the ropes should have cost me more than I had back then. Back in those days there were lots of kids like me running around. They all came from the paddy farms. You know what war does to people? Think about what it leaves behind. Lots of kids with no parents. Back in those days, if you were a kid with no parents and no paddy farm, you went to the city. The rich people in the city had jobs for you. You could live off their crumbs. You stay in the paddy farms, there’s nothing for you but dirt and mud.

So I took the job and it has paid the bills ever since.

Is it hard? Of course it is. It’s lots of physical work and no dignity and an hour of backbreaking work gets you only VND50,000 on a good day, and then subtract the fee paid to the local don. And there’s a lot more rules to it, to living in the underside of society than you care to know. How do I live off that little? Back in those days, VND50,000 could get you real far. But yeah, it doesn’t go as far nowadays. But now there are other ‘massages’ people want that we can give – the sweet, sticky kind.

I have two patrons: sweet 40-something ladies whose husbands don’t give them enough attention. I feel no shame about it. Few who are doing this job do, regardless of how they may whine to others about it. It’s simply part of what we do. We, as in humans. It’s the oldest job in the history of mankind, no? I don’t get what people are so ashamed about. If you are not doing the job, then you have an excuse, because you need to keep face. It’s what society wants to see in you. But if you are doing the job, then there’s no excuse. There’s no dignity in this job so I don’t understand why some are so wound up about something so small. It’s not like you don’t get money for your labor. My personal opinion is if you feel ashamed about it, you shouldn’t be in the business at all.

Of course, nothing lasts forever. My girls, both of them, aren’t going to stick around, and neither am I. Doing this for years is a lot more exhausting than people imagine. The long night shift, because no one wants to see our face in the daylight, and the hazards. It gets to you. I sure don’t want to do this for the rest of my life. I’m no spring chicken anymore and I’ve saved up some. It’s enough to go back home, to the paddy farms, but this time actually owning something in my name.

I would like that, yeah. Back home, with a cute young wife. A simple wish that all guys want.