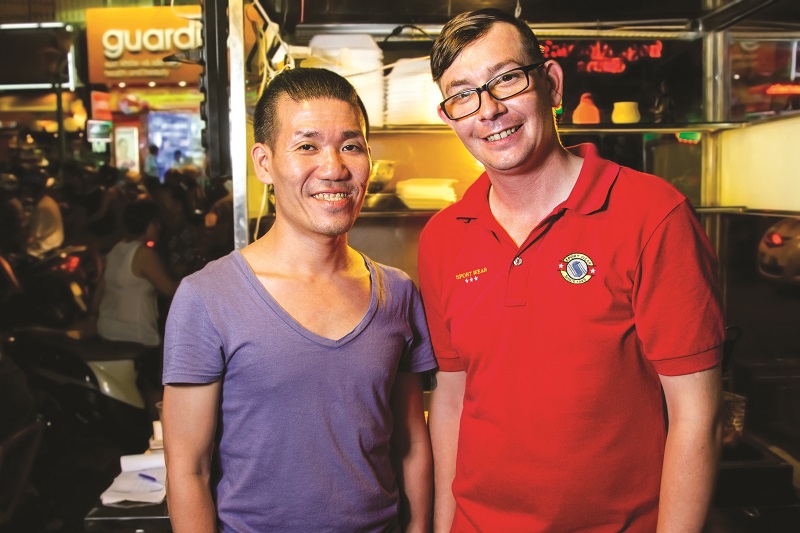 Taking fish and chips to the streets

Meet JJ’s Fish and Chips (38B Tran Hung Dao, D1), the self-proclaimed first-ever authentic fish and chips streetside food cart in HCMC. JJ is short for Jamie, the Englishman who missed his home country’s national dish way too much to let a lack of business experience stop him from making it the star of his business, and Jackie, Jamie’s Chinese-Vietnamese partner in life, business, and cooking.

“I had the idea nearly a year ago,” explains Jamie. “A couple of months after my move from England to Vietnam, I went looking for fish and chips. I was missing it badly. I went into English restaurants and places where they serve fish and chips, but every time I was served french fries. French fries are okay but when you really want chunky chips… The fish was quite nice, but we got french fries. So I thought, well, nobody’s doing it here so maybe I should do it. I thought about opening up a street food place where I’d sell for maybe three or four hours a day. That’s how the idea came alive.”

Sounds simple? Bigger things have started out with ideas far simpler than that. Besides, its star entree is hardly the only thing that Jamie claims is unique about his stall. Open from 6pm every night on the corner of Tran Hung Dao and De Tham in the backpacker area, JJ’s is a humble yellow-painted food stand with a couple of collapsible chairs and tables in front for a quickly removable dining area in case the cops come by. According to the owners, the rough-and-tumble presentation is both a return to the classic form of the English dish and a conscious business decision. Back in England, fish and chips is a no-frills food usually served in mobile chip vans as takeaways or stand up dining.

“We played with ideas but we thought we should stick to how people like to eat it here. Here in Vietnam, people like to eat on the streets, like bowls of noodles and such. Locals, tourists and expats. If we had a fish and chip restaurant, the price would come up more than a hundred thousand dong for a portion and that’s not a price most people would like. We wanted to introduce this as a kind of culture to the people here and we wanted as many people to be able to enjoy it, so we thought we shouldn’t go with the restaurant option,” says Jamie.

However, serving it on the street does not mean serving low quality, and Jamie and Jackie are adamant to prove that their food is not junk food made with questionable ingredients in unhygienic conditions. Their concept for JJ’s Fish and Chips is to marry restaurant quality and taste with street food convenience and energy. 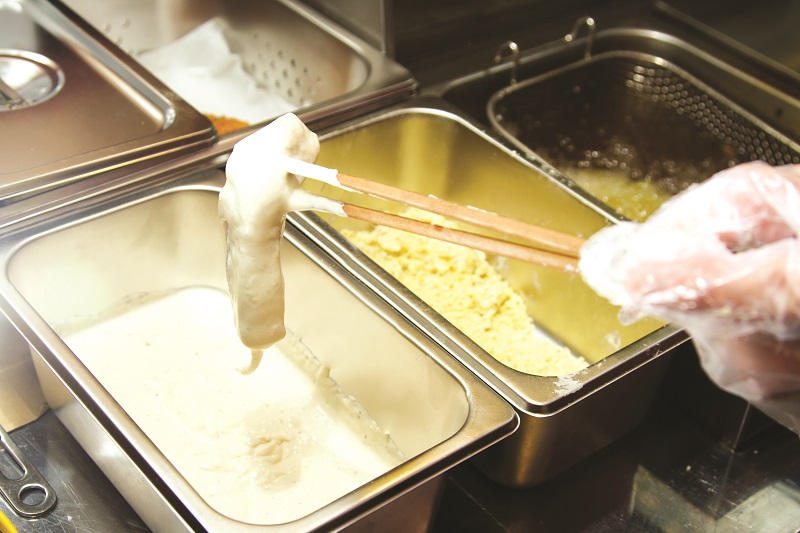 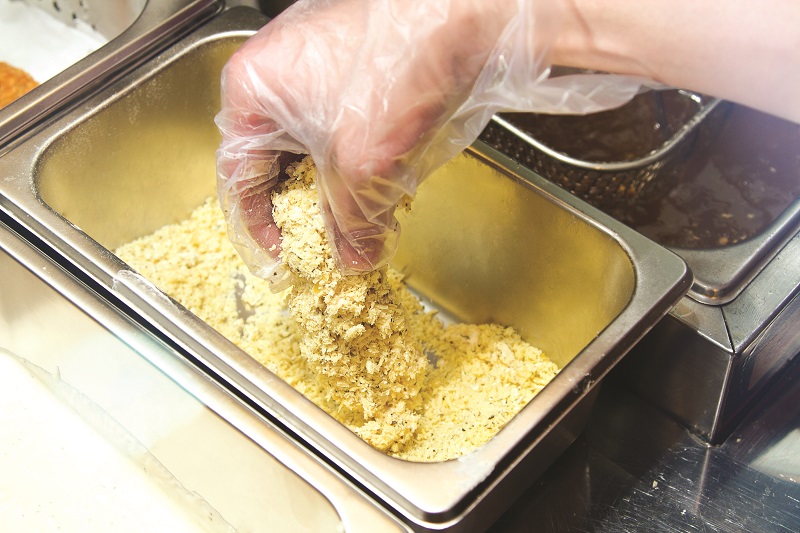 “The fish has to be fresh. The cooking has to be fresh. Everything must be kept clean and contained,” says Jackie, who deals with much of the preparation and upkeep of the stall. He also hand selects the fish every day. Instead of the unavailable English cod, they use top grade sea bass.

“We don’t do pre-cooks. We only start the cooking once an order is made. It takes more time and we’ve had customers complaining about the time. I told them that this was to ensure the food comes out fresh and hot. A couple of people have had problems but we don’t want to be the kind of street food that people are wary of putting into their mouth,” adds Jackie. 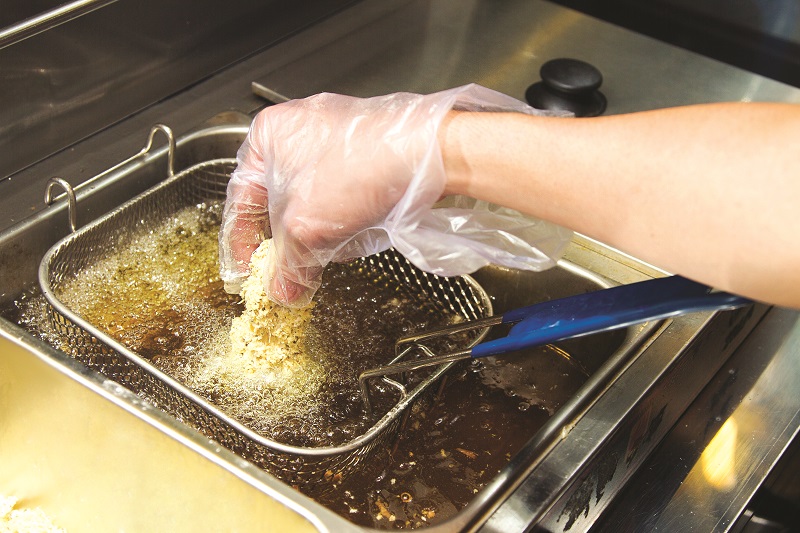 While the decision in the business model and price has given JJ’s significant popularity with customers very early on, it has also put them in a place with few operational choices, a fact that JJ’s previous landlady used against them.

“During our hunt for a street-front place to rent and store the cart overnight, whenever we mentioned our food being a Western dish, they’d quote us outrageous prices,” says Jamie. The problems did not stop even when we agreed on a price. “We started noticing missing oil, gas, even the cleaning gel. We started marking how much we actually used since we figured we couldn’t be using that much. When we confronted her, she admitted it, but even when we tried communicating and being understanding, things just didn’t improve. Because we didn’t have much of a choice, she felt she could push us around. So we stopped. We said that’s enough, we’re not stupid, and moved.” 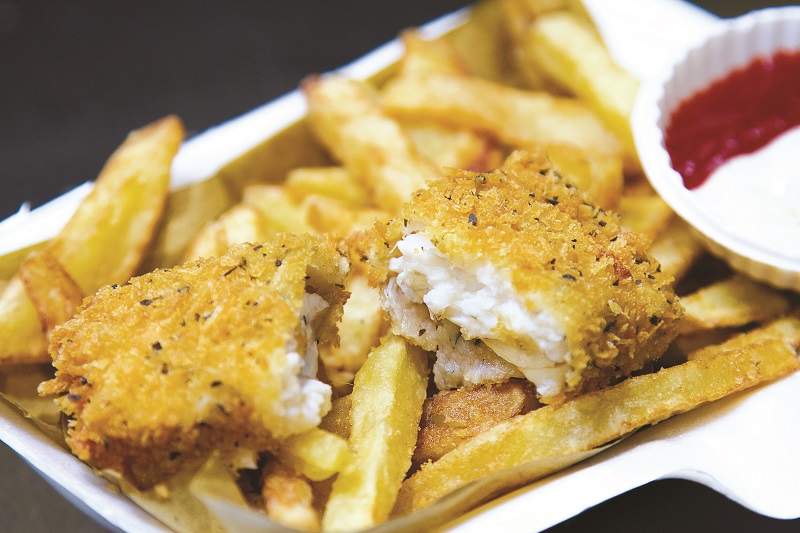 It took a month and a half for JJ’s to find its second home and things have been looking up. “It was difficult,” says Jamie. “But we didn’t let it bring us down, we didn’t let it stop our passion for fish and chips.”