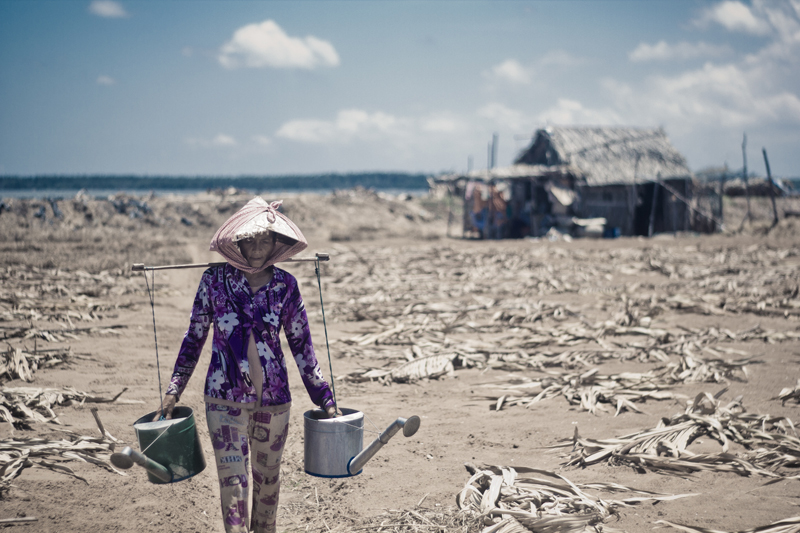 Inside the World of Work

A glimpse into the working lives of everyday Vietnamese.

Sooner or later, every visitor to Vietnam has that moment of realization.

The trigger might be the casual ring of a bicycle bell signaling a mobile massage. Or the late night tap-tap-tapping of a noodle seller. Or a woman wanting to measure your weight and height in the park. Or riding along and seeing an entire pet shop loaded onto a bicycle. It’s the realization that the working world here is oftentimes completely and utterly foreign to us. As outsiders looking in, the seemingly endless gamut of jobs often evokes emotions ranging from amazement to admiration, concern to compassion. It may even make us question our own fortitude. “If I had to, would I be able to do that for a living?” But more often than not, the light turns green, the person walks on by, we get distracted, and life goes on.

Stay another year or two and you might get actual glimpses into the everyday lives of the Vietnamese. An offhand conversation with the lady who sells che on the corner or with a friendly barber or perhaps the man who delivers water may reveal tantalizing snippets into a world most of us could never hope to understand. Compounded by the language barrier, accessibility issues and even concepts of personal space, most of us rarely get beyond the surface and into the lives of the millions of hardworking men and women who surround us daily.

A new book, It’s a Living: Work and Life in Vietnam Today, aims to do just that. A collection of 67 interviews and 59 photographs, the book offers a look into the lives of people ranging from a goldfish peddler installing aquariums and a business school graduate selling shoes on the sidewalk to high-level managers and marketers. The stories are at once insightful and mundane, and at times, even heartbreaking. Oi talks to Gerard Sasges, the editor of It’s a Living: Work and Life in Vietnam Today, who spent 10 years in Vietnam conducting research, writing, and directing a study abroad program for the University of California. 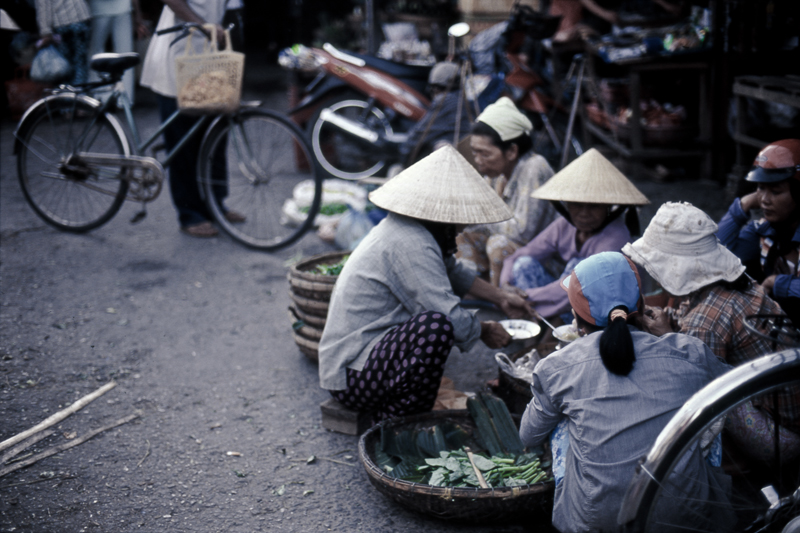 Where did the idea for this book project come from?

GS: I think I’ve always been interested in talking to people. In Vietnam everyone wanted to talk to me, too. Oh my God! It’s a white guy and he speaks Vietnamese! [laughs]. People were so happy to invite me into their homes and tell me their stories. I’m doing a similar project [here in Singapore] and others have said that people won’t be as open as in Vietnam.

The project was actually for my university students – 85 students participated, conducting 150 interviews over two years. The American students were more open to these sorts of experiences than the Vietnamese ones. The class consciousness in Vietnam is strong where some think: I wouldn’t normally talk to that person. But that said, all my students had heard about the class and the things we’d be doing, so they were more or less open to it. 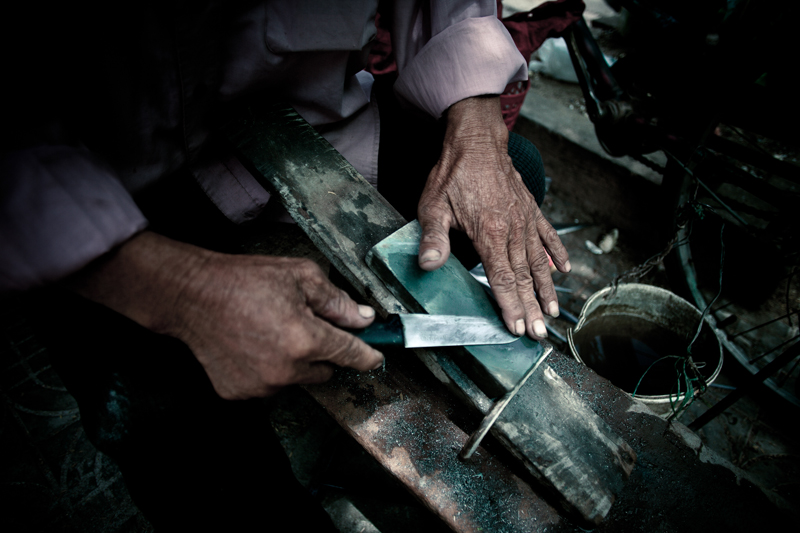 A lot of these stories are on the original project website. Why not take it down once the book was published?

GS: Actually less than half of the stories in the book are online [www.projectkieman.wordpress.com]. People keep asking me why I don’t do a Vietnamese version of the book. Publishing in Vietnam would be more complicated and this is really more of a labor of love for me. I want to put up all the interviews in Vietnamese if I can, though. But some people don’t understand the purpose of the website. Two-thirds of the comments are people wanting to apply for a job. For instance, our most popular story is of a worker at KFC and some of the comments are like: How can I get this job? I really want to work at KFC. [laughs]

The book includes stories of Vietnamese living abroad. Why?

GS: Well, two reasons. First, I wanted to make the argument that they’re Vietnamese whether they’re living inside or outside the country. Second, I wanted people to think about how the experiences of Vietnamese in America are different but can be surprisingly similar. Placing two factory workers side by side, one in Vietnam and one in Houston [Texas] was kind of neat. Objectively speaking, I’d rather be the factory worker in Vietnam than in America! 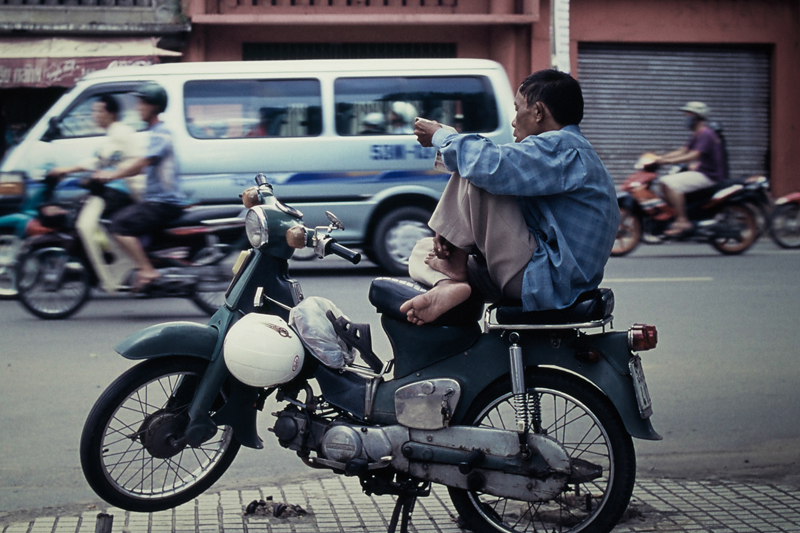 Which stories most affected you and why?

GS: There’s a story [of a Viet Kieu woman] who had a laundromat in Orange County [California] but it captures a lot of the difficulties Vietnamese-Americans have faced in the US, how hard they’ve had to work and the kinds of sacrifices they make for their kids. Another one is the story of an electric appliance repairman who makes USD150 a month and yet finds joy in what he does. That was a really inspiring story for me.

The interviewees often commented that interaction with customers is what made their jobs joyful, like the che seller who is moved by a “hello” from customers or the school security guard who’s happy to give advice to naughty children. Was that surprising to you?

GS: It was. One of my reasons for doing this project was that my students were all going off to start their work lives. At the end of the semester, we talked about what we learned about work and what’s important and what’s not and I’d like to think the students came away from the project with a deeper understanding about the things in life that matter. 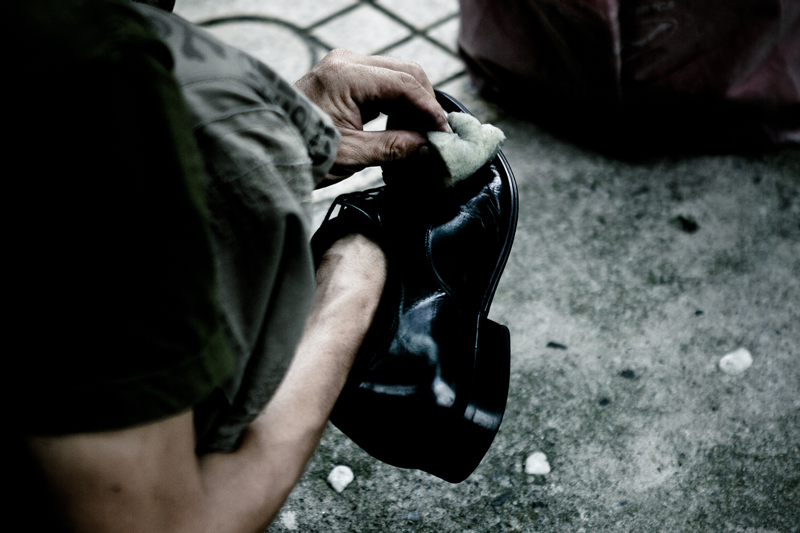 A common view throughout the interviews is of education being the savior of children born to hard laborers. What’s your take on the educational system in Vietnam? Is it the answer?

GS: It’s really funny because people put so much stress on education, but they’re also very aware that without connections, you can’t get anywhere. In Vietnam, we have this wonderful combination of optimism and realism that coexist. Is university education filling actual needs or just training a bunch of managers, because everyone wants to be in business or work in an NGO? I don’t know, but how different is this story from the US, for example? That said, I was having a tea on the street and talking to the seller. She’s living in a one-room apartment in the Old Quarter, no money, divorced, yet her son is going to the Foreign Trade University, the top school in Hanoi. It’s still impressive that that sort of ability exists. That’s pretty amazing. 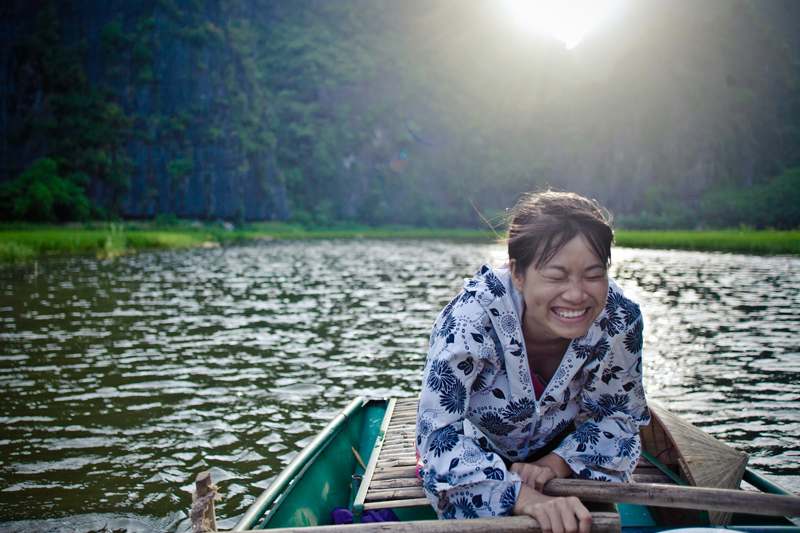 What do you want the public to take away from this book?

GS: First is the idea that our work is an important window on ourselves and our world; it’s what we do to survive, and most human beings will spend the greater part of their waking lives doing it. Second is the idea that every job, and every person doing that job, is worthy of our respect and our time. These are the two ideas that have inspired our project, and that shape every interview we do.

I hope that people will walk away having more appreciation for the menial, everyday jobs. These stories happen to be from Vietnam but you could do exactly the same project anywhere and just be reminded how hard so many people have to work. Luckily, I don’t have to work hard in the same sense as many of these people. When I was younger, I had some pretty crappy jobs. I worked in a factory for six months which was all I could take before going crazy. We should all really respect these billions of people who are doing jobs that make our lives possible. We often forget that.

It’s a Living: Work and Life in Vietnam Today is available in paperback on Amazon or as an e-book on iTunes.