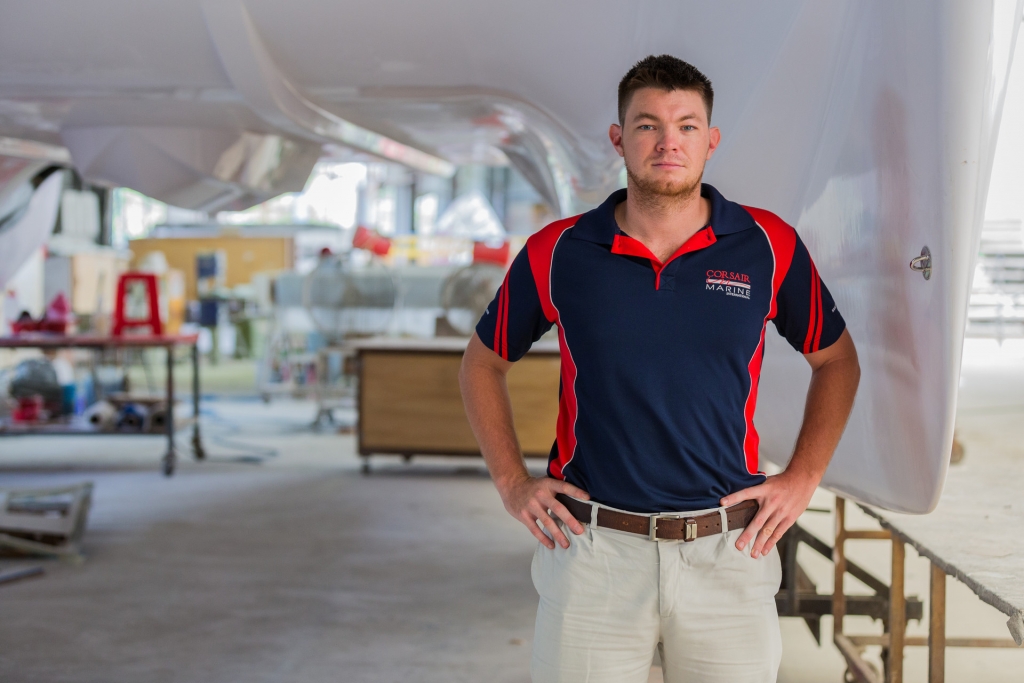 Vietnam’s yachting industry is about to set sail

When the construction of Vietnam’s first international-standard marina began on July 7th this year in Nha Trang, it signaled the end of years of speculation as to whether or not a project of this kind could really get off the ground in this country. Numerous attempts have been made to cut through the administrative barriers that have held back many would-be investors – a large marina in Saigon has been planned on several occasions – but until now, the greatest barrier to progress has been not so much financial or bureaucratic, but rather one of bewilderment at the sport of recreational yachting itself. With no culture of ‘going out sailing for pure enjoyment’s sake’ to speak of in Vietnam, the benefits that a truly world-class marina could bring to this country have been difficult for key stakeholders to fathom.

The development is something that Shane Grover, Projects and Contracts Manager for locally-based shipbuilding firm Seawind, has been anticipating for years. It couldn’t have been better timed – within a fortnight of this issue going to press, Seawind will be delivering one of the firm’s larger catamarans up to Nha Trang, where its new owners will take a few days’ cruise around the bay before heading out on a round-theworld trip. The fact that this is even allowed to happen under Vietnam’s strict marine regulations (it would have been impossible just 12 months ago) is proof enough that a huge paradigm shift is underway that could well take the country into a new sailing era. Until Nha Trang’s Ana Marina opens for business (the current estimate is April 2016), there’s little reason for boaties to drop in. “If you own a boat in Hong Kong,” says Shane, “and you want to sail to Thailand or Malaysia, you’ve basically got to skip this whole beautiful coastline and go all the way around Vietnam – because one, there’s no infrastructure, and two, you’re basically not allowed to come here, superyachts included. It’s a crazy situation – generally these people, they’ve got money that they’re willing to spend. Most of them just pass through, because it’s just too difficult. It’s just thousands of dollars that are getting passed up on every time.”

Part of the problem is that Vietnamese culture doesn’t really have anything resembling recreational boating. “It’s virtually unheard of,” says Shane. “When we first started trying to launch boats a few years ago, we had a 52-foot catamaran. They asked us what it was for. We said ‘sailing.’ They said no, what does it do? Is it for fishing? ‘No, it’s for fun.’ There was nothing to compare it to. If you say ‘boat’ in Vietnam, you think of one of those timber fishing boats.” “It’s changing,” he observes. “In Nha Trang, you see people building little motor boats, you see people going parasailing with them. We do have Vietnamese people coming in saying, ‘I’ve got money to burn, I want to buy either a big yacht or a Bentley.’ They’re not yachties, they just want something nice and flashy. Asia has the most potential for growth in the yachting industry. But I feel that the industry here is going to be much more based around big, expensive yachts rather than your traditional sports boats and so on. It’ll be more about the TV, the sound system, the bar – all that sort of stuff as opposed to the actual sailing performance of the boat. That’s OK, it still helps the growth for the other areas. But I think at the moment what’s holding things back here is that it’s so easy to buy a Bentley and it’s so hard to buy a boat. What do you do with it? At the moment there are no marinas, you’re not going to buy a big boat and have it parked at anchor somewhere that’s inaccessible. The infrastructure’s got to be there.”

Finger on the Pulse

A flourishing yachting community in Vietnam could see big changes to Seawind’s own business. One of the most successful cat building firms in Australia, the company made the move to Ho Chi Minh City in 2010 with the acquisition of Corsair, an American trimaran firm that had shifted base to Vietnam back in 2006. The relocation was in response to rising competition from a flood of cheaper European vessels that had entered the Australian market during the GFC – with rising labor costs and a high Australian dollar (and without industry protection from the Australian government), local consumers were finding it far cheaper to import a boat rather than to purchase one homegrown. “The initial plan wasn’t to pack up shop and move to Vietnam,” explains Shane. “We needed a means to be able to stay in business, so we decided to look at producing small components in Vietnam and build in Australia, but when we bought into Corsair, we very quickly became aware that wasn’t the way to do it. There are so many advantages to building boats in Vietnam. The cost was one of the top reasons for coming out here, but perhaps more importantly, the workers have a far better attitude to their work. We’re getting far better quality out of Vietnam than we were out of Australia.”

The main advantage in employing Vietnamese workers has proved to be the pride locals take in their work. While Seawind’s Australian boat builders were each able to put together the entire vessel on their own, the firm’s Vietnamese workers can each build their own small part, but form a more cohesive team – by implementing the correct systems and training, Seawind is getting better products off the slip than it was back home. Part of the reason for this is lower labor rates afford the company the luxury of spending more time polishing up and paying attention to detail. Boats take a significantly higher number of hours to build here, but many of those hours go into fixtures – resulting in a higher quality vessel.

“Because of low market expectations for Vietnamese products, the number one priority in shifting production over here was that we have to build better boats than we were there,” Shane explains, “because even if we built the same boat, it would tend to be perceived as being of lower quality. So we had to make visual improvements. You walk into a boat parked next to the same model built in Australia, you needed to be able to walk into the Vietnamese boat and think, ‘Wow, this must be the Australian one.’ We give a lot of feedback to the workers in the factory – they love that, they love being told what we’ve been doing is far, far better on boat number 10 than what we were doing on boat number 100 in Australia.” “We’re the only boat builder like us in Vietnam,” he adds. “And we’re by far the biggest. The next down is a little place building canoes. There’s nobody like us in Vietnam.” Now that Seawind has cracked the proper procedures necessary to register cruising vessels in Vietnam, the firm has found itself well-situated to deal with the prospective industry boom. 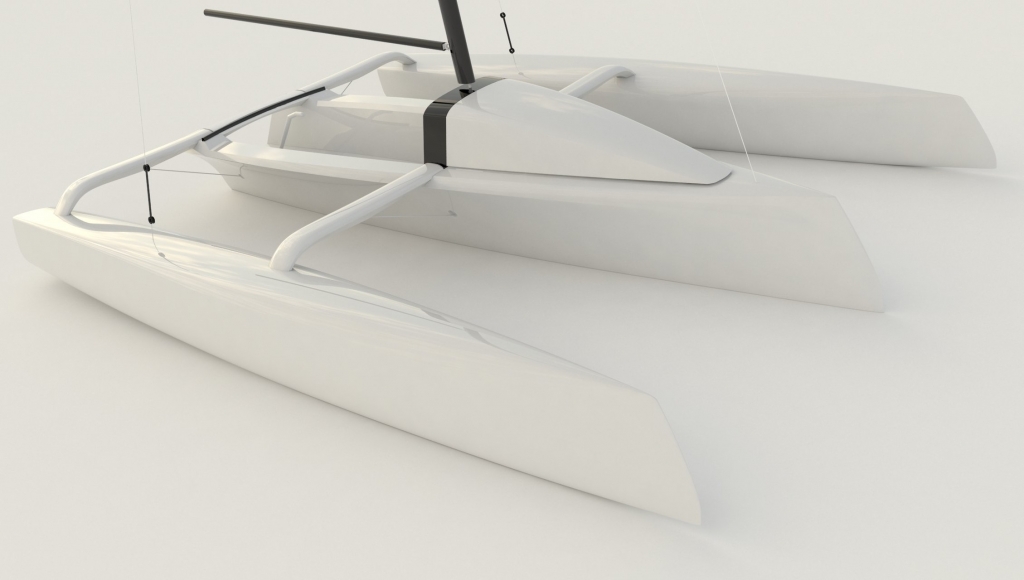 So far, the company has had only marginal sales within Vietnam (the majority of those sold to foreigners who are likely to moor the vessels in Thailand until things improve here) but it has already begun to put strategies into play that could double their production in the near future. Part of that plan involves the launch of a new entry-level model designed to service the rising interest in yachting locally at the grassroots level – a six meter trimaran under the Corsair range they’re calling the Pulse, due to hit the market in January next year. The beauty of this model is that there’s no outboard motor – and thus no need for registration of the vessel under Vietnamese law. “This takes away all of the barriers to owning a boat,” says Shane. “As soon as you have an outboard, you’ve got to register. Without one, you can buy it and sail straight off the beach into Nha Trang Bay. This boat would fall into that category.” Shane sees the Ana Marina as the first step in consolidating a yachting culture that will cause a national boom in the industry. “It’s good to hear things are actually happening,” he enthuses. “Danang will also be a big marine precinct. We see Danang as being like a Gold Coast area – it’s got the potential to be a big refit zone. They don’t want to fill Danang with lifestyle boating manufacturers. They want something nice, they want to be able to say we’ve got these marinas – so the Danang government is definitely on board for a marina to be built there too. “Danang, Nha Trang and Phu Quoc – I don’t know when, but eventually they’re going to be huge for yachting,” he adds. “It’s going to take those first few people to take the risks, break through the wall and figure out how to do it. Only then will people start to follow.”