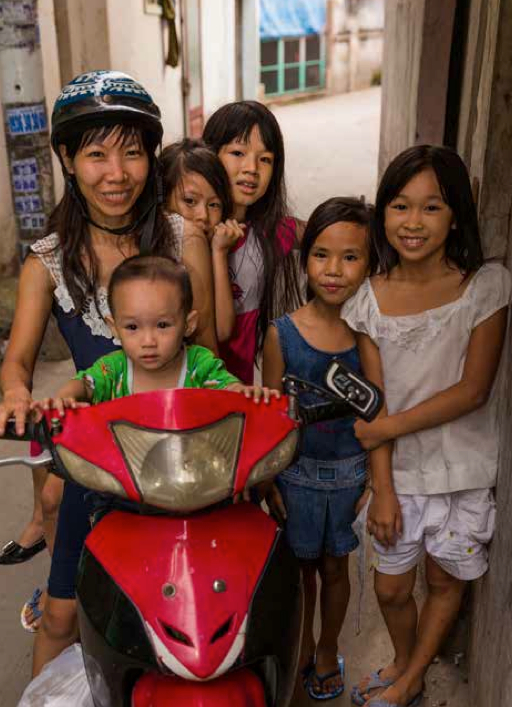 Living Among the Dead

It goes by many names: “BT Blank Development Zone” by city planners, “Special Black Zone” by the Vietnamese National Post Office, and “Cemetery Alley” by those who live there. Officially, it’s known as alley 344 Chu Van An in Binh Thanh District.

“I actually call it ‘Labyrinth Alley’ because people get lost in it all the time. Mostly outsiders and young children who aren’t familiar with the layout yet,” says Lo Ky Thang, the alley’s guard for the last 15 years. “Cemetery Alley is because, well, it used to be a cemetery. The bones are still down there.” Thang is a second generation resident and, aside from keeping the peace in the neighborhood, often leads those who get lost safely out of the alley.

From the main street, Cemetery Alley is similar to countless other alleys that crisscross Saigon, but hidden behind its dusty, twisting pathways and sleepy façade is a fascinating story of a maze built on a wartime cemetery roughly 60 to70 years ago. During the American War and the subsequent change in regime, the cemetery was abandoned and in the chaos, poor rural people looking forward to a new future moved in. They seized the plot of land and started building with little regard to infrastructure guidelines, building codes or that they were literally living on top of corpses. 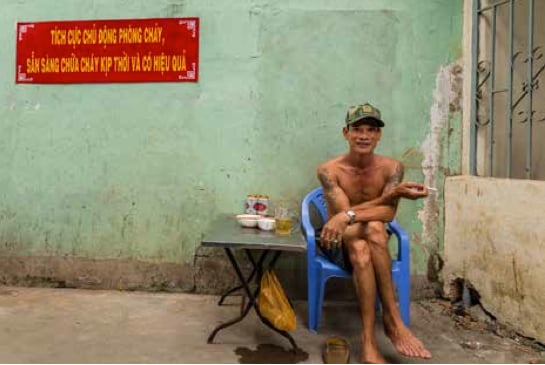 The alley itself consists of one main axis from Chu Van An road that goes about 250 to 300 meters long before opening up into another main road. From this single axis branches numerous smaller alleys that crook, turn and interlock with each other with no determinable pattern, forming a veritable warren. Some of the smaller alleyways lead nowhere while other seemingly dead ends lead to secret pockets where houses are unnumbered. Government officials call these ‘the blank houses’, and on paper, neither the houses nor their occupants exist.

“They have no proper documentation,” Thang explains. “These are the oldest houses in the entire alley, some 60, 70 years old. They were built back when this was still an open-air cemetery. The construction was illegal. The people don’t have documents with them. To sort them out is to comb through 60 years of undocumented history and a couple of hundred households all without proper certificates of residency to their names. As far as the government is concerned, these houses and their inhabitants don’t exist while the ones with some paper to them get a pseudo, one-size-fits-all legal status. Less headaches that way.” 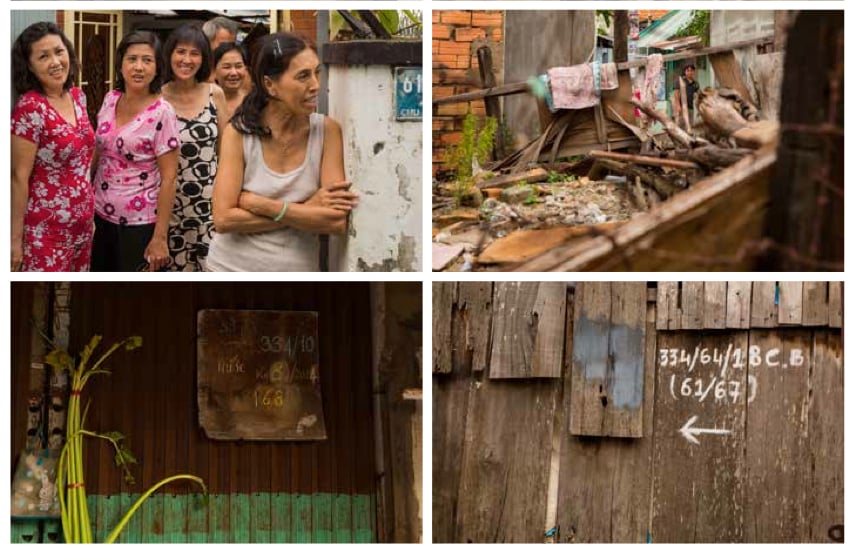 So the locals decided to write their own addresses. A handful are numbered based on Chu Van An, others on the nearby No Trang Long street. On various walls, helpful maps and directions have been painted. The National Post Office is unable to deliver mail into the alley because none of their postmen are capable of navigating the passageways. “They drop it off at my place instead and I do the delivering,” says Thang.

Another problem residents had to tackle was the water supply. Cemetery Alley had electricity but no running water. Back in the 80s, the government attempted to build a pipe system through the neighborhood, however the project was called off after two days when construction workers struck the graves below. As a result, the water business is shared by a handful of outside merchants who deliver and sell truckloads every day.

“You’d be surprised by the number of places built on top of bones inside this city,” says Le Thanh, Thang’s wife. “I think sometimes people forget that Saigon is a city that has seen a lot of war and death. I know of at least one park built on top of a graveyard – Le Thi Rieng Park is even bigger than us. As far as the folks in this alley are concerned, let the living do the living and the dead do the dying. It’s what we’re good at.”