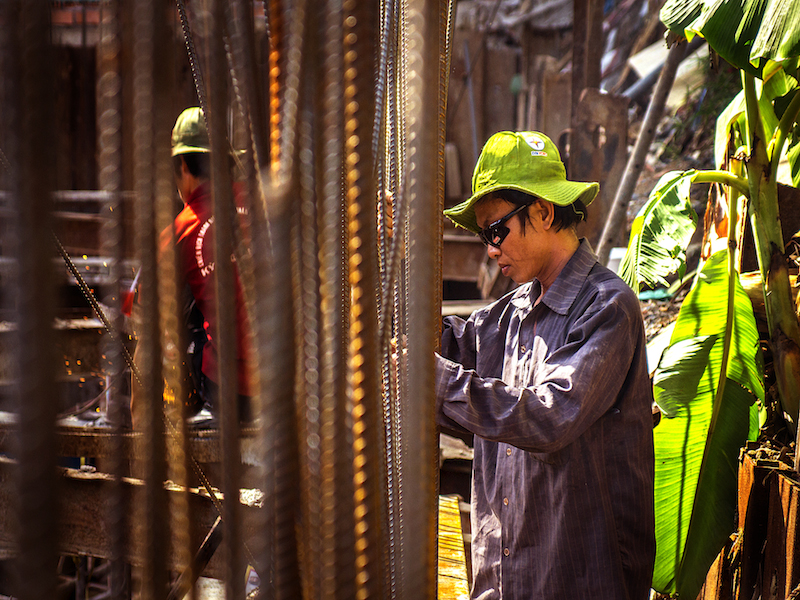 My Life as… a construction worker

My name’s Quang and I’m 42 years old. I grew up in Hung Yen, and I’ve been doing this job for five years already. My first job was working as a motorbike taxi driver in Hanoi, but I changed to construction because there were too many motorbike taxi drivers already. Nowadays, people have their own cars and use taxis more than motorbikes. And besides, with the streets so dirty, nobody wants to ride a motorbike if they don’t have to.

We work in a team of five, and we’re a lot like a family. I’m responsible for managing the team, but it’s still like we’re all relatives. All of us are from Hung Yen, and each of us gets the same salary. No one is better or worse than anyone else, and I still get the same salary as everyone else, because at the end of the day we all have to do the same work. And even though I’m the leader, I still have to call some of my team members “uncle” because they’re the younger brothers of my mom or my dad (a reference to the family-based terms of address in Vietnamese). 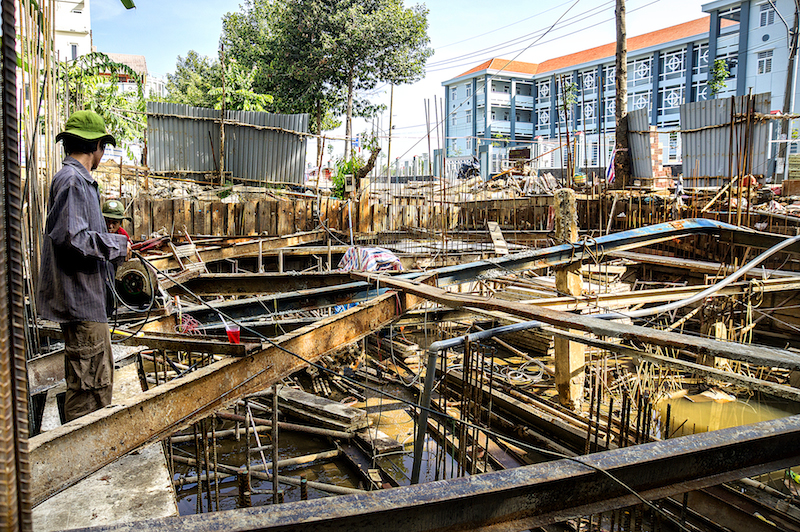 In an average day we work nine or 10 hours. I start work at five in the morning and work through to noon. Then in the afternoon I work from two in the afternoon to 8pm. On some days we work only until seven at night. But on other days we have to work later. It’s a hard job. We live on the job site, so we relocate often. The longest we ever stayed anywhere was half a month. Typically, though, we stay at a work site for about 10 days. Our clients don’t provide us with room or board, so we use a tent. Me and the members of my team have to care for ourselves and cook our own meals. Every day the team spends about VND100,000 to VND150,000 on expenses. And each person gets a salary of VND100,000 a day. So in a month, everyone gets about VND3 million. If I lived in the countryside, VND3 million would be enough for the whole family. But in Hanoi that kind of money just isn’t enough. 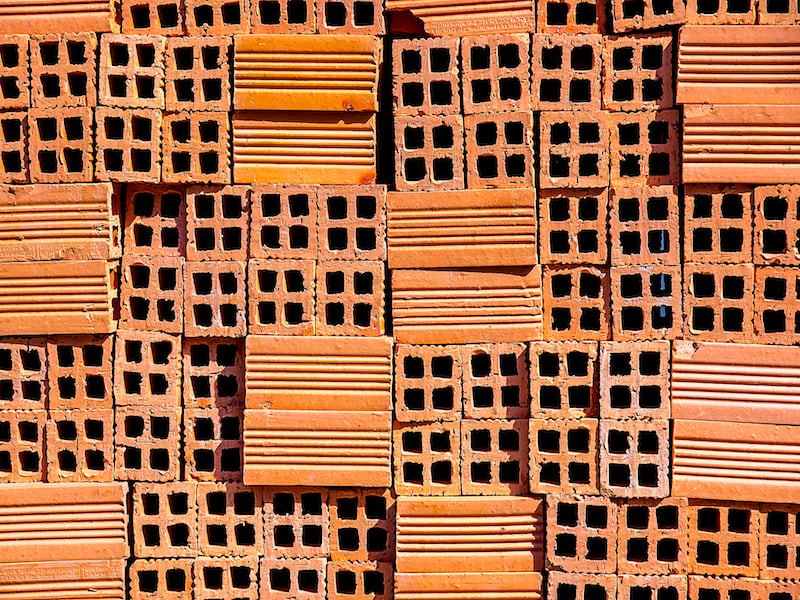 Clients contact me by phone. We’ll meet, discuss the work, and draw up a contract. And when we finish building one house, the client’s got my number and they can recommend me to their friends. Clients these days ask for a lot of different things, but the more work we do the more experience we have. And as clients get to know us, they start to see us as family.

Basically, this job isn’t difficult. We have to know how to use the measuring equipment, and we need a certain technical knowledge. If a client asks me a question, I have to know. But that said, I’ve never had any formal training. I just learned on the job and through sharing experiences with the people I worked with.

The main thing we have to focus on while we’re working is to avoid having something heavy fall on us. We’re supposed to wear protective equipment, but it’s hot and uncomfortable. The government says we’re supposed to buy insurance for 10 years. But it costs VND5 million a year, and that’s just
too much with the kind of money we’re making. And me, I’m only doing this for a few more years, so it just doesn’t make sense to buy insurance for 10 years. If something happens, then the client will have to take responsibility for us. There’s no other solution.

My wife stays at home and works on the farm. And my oldest son has already gone to work at a factory back in Hung Yen. In one month he gets about VND1 million or VND2 million, which is enough to help out his mom only.

Before he graduated from high school, I encouraged him to study construction because some of our relatives were in the business. But he was sure he would pass the university entrance exam and he thought that learning a trade would just be a waste of money. When he didn’t pass the exam, he decided to go work in the factory. My daughter is in the eighth grade now. After high school, if she wants to take the university entrance exam or go to college then I’ll try my hardest to support her education. I want her to study and become a kindergarten teacher because it’s an easy job and it won’t wear her down like other jobs.

I figure I’ll keep at this for two more years. This job requires a lot of physical labor. If you’re talking about construction work, it doesn’t get any harder. People over the age of 40 really shouldn’t do it. The lightest loads we carry are about 10 kg, and they can go as high as 450 kg. For now I still have the strength, but I know it can’t last forever. When the day comes, I’ll go back to working in the field with my wife. My kids will have their own families by then, and it’ll just be me and my wife. If we need to, we’ll find jobs that are light and easy.

Additional editing by Gerard Sasges. Excerpted from It’s a Living: Work and Life in Vietnam Today, available on Amazon and iTunes. Or look for the Vietnamese version, Việt Nam ngày nay: Chuyện