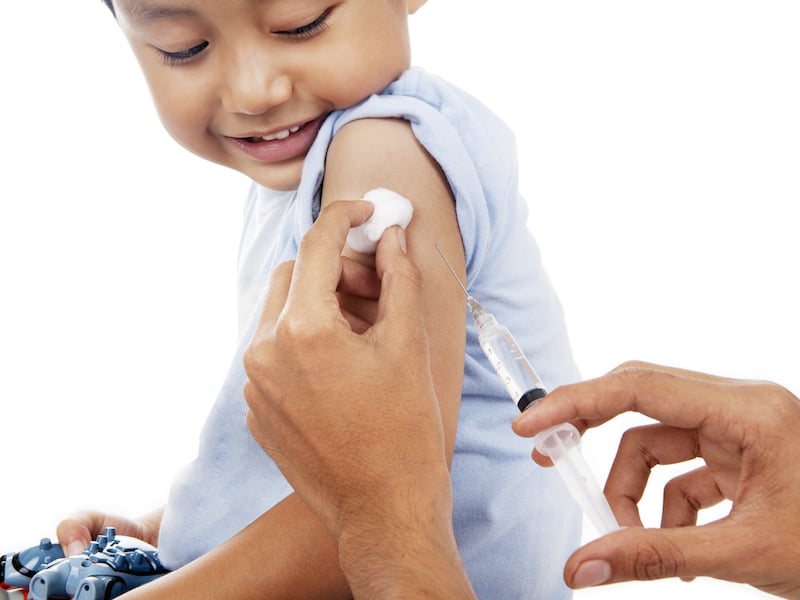 Ask the doctor: Vaccinate or not?

I’ve recently given birth to my son and now have to think about whether he should be administered the MMR vaccine.

There is a movement in the us where parents are choosing not to vaccinate their children because they believe the vaccine causes autism. now because of this, there have been measles outbreaks in California, Delaware and New Jersey. Where do you stand on this?

Hillary Clinton once said: “The earth is round, the sky is blue, and immunization works.” However you feel about Mrs. Clinton, her thoughts about immunization are right on.

Throughout history, the discovery of vaccination has stood out as one of the major achievements of modern medicine. Many diseases that routinely caused death or disability in the past were literally eliminated, mostly due to appropriate vaccination.

MMR stands for measles, mumps and rubella – three different viral diseases. It is a live attenuated vaccine. This means that it is composed of live virus, but the virus has been altered to prevent it from being infectious. It has been around for over 40 years, and over that time the incidence of measles eventually approached zero.

That, however, has changed.

In the late 1990s a doctor from England named Andrew Wakefield had been researching the MMR vaccine and its possible relation to autism, a childhood pervasive developmental disorder. That was a time when the diagnosis of autism had begun to increase, and distraught parents were searching for an answer as to why their child had developed it.

Dr. Wakefield published an infamous article, which was based on a series of only 12 patients, and concluded that autism was likely caused by the combination MMR vaccine.

His theory was quickly debunked, as no other researchers could validate or repeat its results. Furthermore, he had falsified data, and also there was a conflict of interest. His results, and his theory on why the MMR vaccine caused autism, could have potentially led to the sale of the vaccine that he had been developing. Dr. Wakefield’s paper was eventually retracted, and his license to practice medicine in the UK was revoked.

Since then, many research papers have been written investigating any connection between the two, and the conclusions are all the same: there is absolutely no connection. Despite the many times it has been disproven, the idea was already out there. People were hungry for an answer, and the vaccine seemed suspicious and a likely culprit. Thus, the rate of MMR vaccination decreased, and an already suspicious group of parents became more wary of doctors’ advice.

Now we are seeing random outbreaks of measles throughout the country, and throughout the world. The answer to why this has happened is important to consider. In the early 1990s the diagnosis “autism spectrum disorder” was first introduced and made popular. Soon after, doctors began to use it and the incidence of the disorder naturally increased.

Over this same period of time the immunization schedule also expanded to include more immunizations. People naturally connected the two, and Wakefield’s paper just added fuel to the fire. Mix in Jenny McCarthy, Jim Carey, a small army of anti-vaccine people, and throw it all onto the internet and we have our current problem.

Another coincidence is that the MMR vaccine and autism both ‘occur’ at around the same age for a child. The first MMR is given at 12-15 months of age, and the first symptoms of autism are usually seen at 18 months. So it seems to fit in a cause- and-effect way. But this does not mean the two are in any way related. Consider this: children usually get their first teeth around six months and they start to walk around 12 months. That doesn’t mean that the presence of teeth leads to the child’s ability to walk!

Finally, it’s a common misconception that the diseases we immunize for are harmless. Parents ask themselves, “If they are harmless, then why should I expose my child to any risk of autism, no matter how low it may be?”

The problem is that people don’t see these diseases anymore, so they don’t understand the risk of becoming infected. And the main reason that we don’t see them anymore is because of immunization! Children had a much higher rate of death from infection in the past than they do now, thanks mostly to immunization.

So the long answer to your question is that there is absolutely no evidence that the MMR vaccine is in any way linked to the development of autism. Getting immunized is a healthy idea, not a risky one. I fully support and encourage all of my appropriate patients – both young and old – to receive all recommended immunizations following the regular immunization schedule as published by the American Academy of Pediatrics.

* Dr. Jeremy Ostrander is an American family doctor, board-certified by the American Academy of Family Medicine. He grew up in the Pacific Northwest United States, and trained in Family Medicine in the state of Idaho. In 2012, he and his family moved to Ho Chi Minh City where he currently works at Columbia Asia Saigon International Clinic (3823 8888).