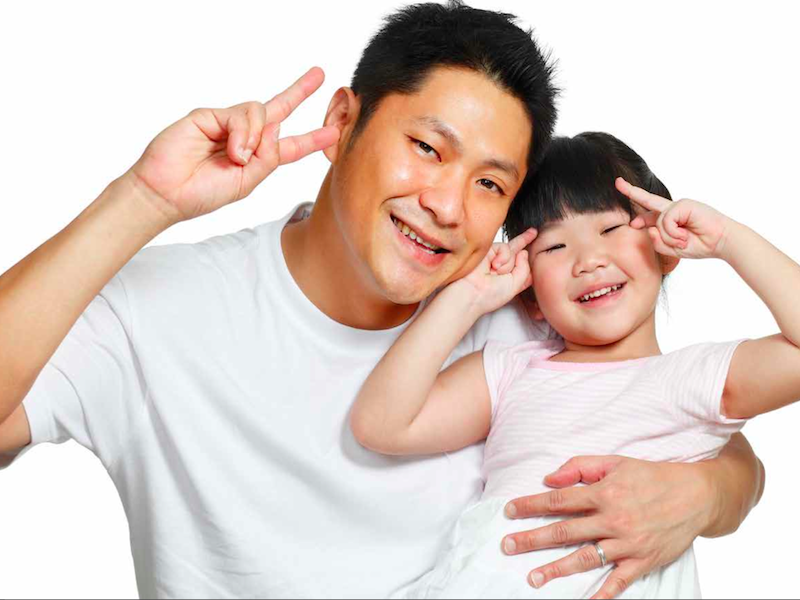 Who’s the boss? Maintaining authority as a parent

Our kids know we won’t hit them. That’s a rule we have, and there’s no way that’s going to change.

Sure, the local side of the family tend to subscribe to the wisdom that the occasional short, sharp slap-into-line can be an effective parenting tool. Suffice it to say that we’re trying a different way.

That was probably our mistake right there. No, we have no regrets about opting for nonviolent parenting – but it’s just not enough to decide what you’re not going to do as a parent. You have to actually sit down and work out what the alternative is going to be so as you are maintaining authority as a parent. You may have to look through a few parenting guides, and you may have to hold a few frank discussions between you about your respective values as caregivers – but what you should most certainly shouldn’t do is to wing it.

For the modern mom and dad, winging it usually goes down one way – a swift descent into a constant game of Who’s the Boss? It starts when you decide to treat your child with the same respect any dignified human being deserves – you congratulate yourself for it at the time – and dissolves into a nightly drama in which you’re apologizing profusely for things like not having their milk ready in time for their bedtime story. Somehow, at some point, the baby takes control.

She doesn’t want her meal? Fine, you firmly assert your patient, enlightened superiority with a fully-detailed monologue on the importance of a healthy dinner. What does she take away from that? Mom will negotiate. Mom will listen to reason and respect my point of view. All I have to do is get the hang of this debating thing, and I’ll be able to talk my way out of anything.

Kids are fast learners. Ours are about ready for a career in law by this stage. No matter what we ask of them, there is always a loophole – and by trying to consistently use reason with them in all things, we’ve inadvertently trained them to spot that loophole without even trying.

There are few ways out of this mess. There’s always a good shouting match, but any child of average intelligence will probably see that as a sign that you’ve lost control – after all, they shout when they lose it, and you always tell them that they need to calm down. So that’s exactly what they’ll tell you. You can try negotiating, but this is even more a surrender of authority. It’s easy enough to say “alright, alright, you can eat marshmallows for breakfast just this once” – which will put a short stop to the screaming fit – but kids know instinctively that anything that happens once can happen again. There are now actual marshmallow cereals and spreads on the market for parents who’ve already lost this battle and need to provide the ‘mallow every single day just to avoid drama.

One thing that a number of parents try is to ‘rescue’ their kids when the going gets tough. If you’ve asked them to do something that they feel is too difficult – such as put on a shirt or hold their own milk bottle – it’s always much simpler to do it for them than to undergo the ensuing temper tantrum if you refuse. Asian families in particular are known to be superhumanly sympathetic to children who refuse their assigned duties, which is why you’ll sometimes see a local nanny following a lanky tweenager around the back yard with a soup spoon. If you’re hoping your wee one will develop a little more independence than that, you’re going to have to draw the line a lot earlier.

Always right, even when you’re wrong

I hate to be the bearer of bad news, but if you want to regain your authority as a parent, you have to take some difficult steps. These are hard things to do because they universally inflict short-term distress on your child, and it is beyond uncomfortable to see your own children suffer. But suffer they must if they’re going to learn the basic skills they need to hold their own in the society of other children – and if you can’t straighten things out about who calls the shots early
on, you’re guaranteeing they’ll have social issues later in life – sometimes well into their adulthood.

Give up the negotiations. You don’t have to convince your children that you’re right in the hope that they’ll decide to behave because it makes rational sense. You need to be the proverbial McDonald’s customer here – always right, even when you’re wrong. Your kid needs to understand that, and follow your lead regardless of whether or not they find it unfair.

Control your temper – it’s absolutely, absolutely necessary. If you find yourself getting angry, you can tell them so – you
can even say “I’m leaving the room for five minutes to control my temper. We’ll talk about this when I’m back.” They may scream at you, bawl uncontrollably, roll around on the floor – but you need to always, always be Samuel Jackson cool.

The most important thing of all is the hardest – so hard, it’s impossible to pull off 100 percent. But you need to make this happen most of the time if you want to be the alpha of your pack rather than the grinning lapdog. That thing is to be consistent. To mean what you say and say what you mean. Don’t threaten to do things you’d never actually do – “if you don’t go to bed, you’re sleeping on the street”! My kid always goes to get the keys to the front door whenever I say that, giddy with excitement at the thought of having a sleep-out. “If you don’t do what I say, I’m going to throw one of your toys away,” I tried on another occasion. I was going to do it, too – the paper cut-out I’d seen her scribbling on that morning was totally headed for the trash. She pointed at the most expensive item in the plush toy box and glared at me: “TAKE THE BEAR.”

Set the rules, and make the consequences clear. If your child misbehaves, make sure you follow through with the stated punishments. It takes planning, a little thinking ahead, and (more than you might think) a lot of courage. There will be tears, and some of them will be yours. But it’s music to the ears when you say “clean up your room right now!” and the only response is a cheerful, “OK, Dad.”