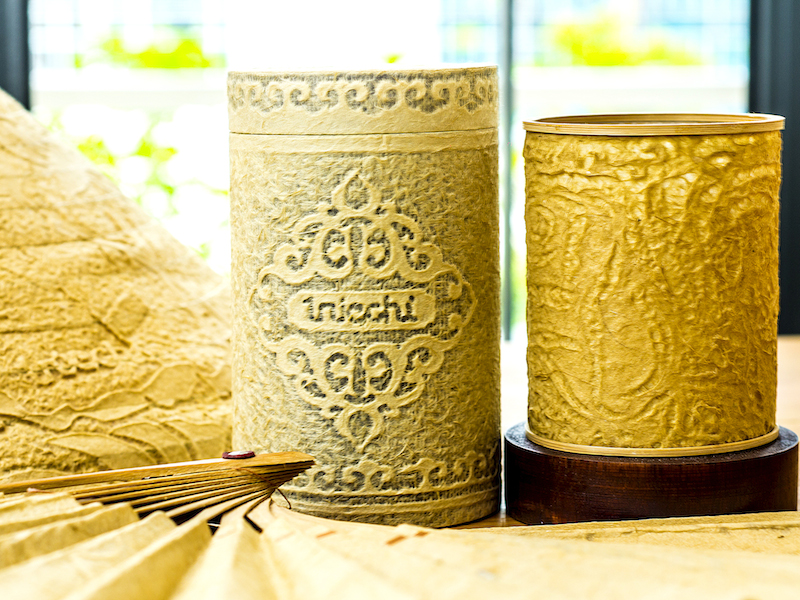 The dying art of papermaking

Before the age of industrial paper production, the Vietnamese made paper by hand from pulp of various trees and plants.

The two most popular types of pulp used were rhamnoneuron and bamboo. The paper made from rhamnoneuron was called ‘do paper’, a distinctly thick paper that can last for centuries without deteriorating. During the dynastic period, dó paper was used only for royal decrees and is still produced today, preserved for cultural and historic purposes.

However, the volume of paper made from bamboo pulp gradually declined, facing extinction. Until four years ago.

Since 2011, artist Phan Hai Bang has been the force behind the resurrection and reinterpretation of the centuries-old bamboo art of papermaking. With the backing of the University of Arts in Hue and the Asian Scholarship Foundation, Bang founded an artist group dedicated entirely to researching old and lost papermaking methods in Vietnam and adapting them to modern times.

In 2012, the group held its first exhibition showcasing the end products of a year of research and work. The exhibition was called The Light of Truc Chi and it was here that the name Truc Chi started gaining attention in the local art and collector community. 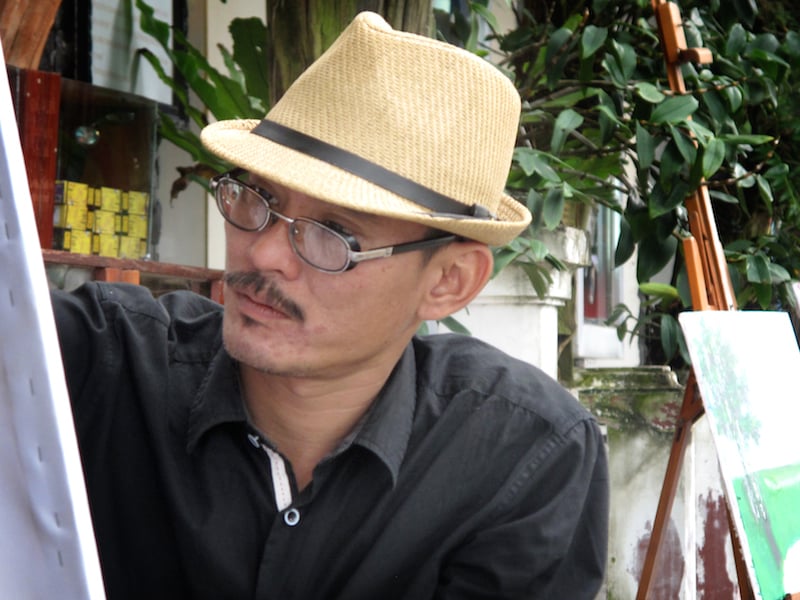 “Why did I choose paper made from bamboo and not from rhamnoneuron? Two reasons: Because bamboo is a cultural symbol of the people – not royalty – but the simple, ordinary folks; and because it is cheaper than rhamnoneuron. I would be able to do a lot more using the bamboo than the expensive rhamnoneuron,” says Bang, founder of Truc Chi art garden and project.

“‘Truc chi’ means bamboo paper in old Vietnamese dialect. But truc chi is also more than just plain old bamboo paper. If it was just simple bamboo paper, then no matter the quality we would never have been able to make an art exhibition out of it.” 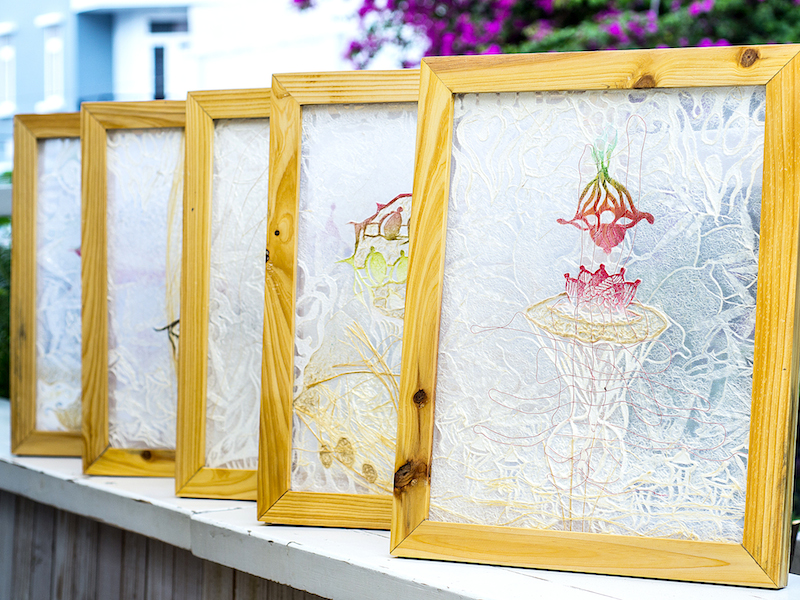 Bang’s distinctive truc chi paper art resulted from his experiments merging different techniques of papermaking and interfering with the paper forming process. In old papermaking methods, the last step is to apply an even amount of pressure over a block of wet paper stock until it becomes a single sheet.

The process traditionally produces flawless sheets with uniform texture. However, since it is done by hand, if the pressure is applied unevenly, irregular shapes will form within the texture and the paper will be labeled unfit for writing. 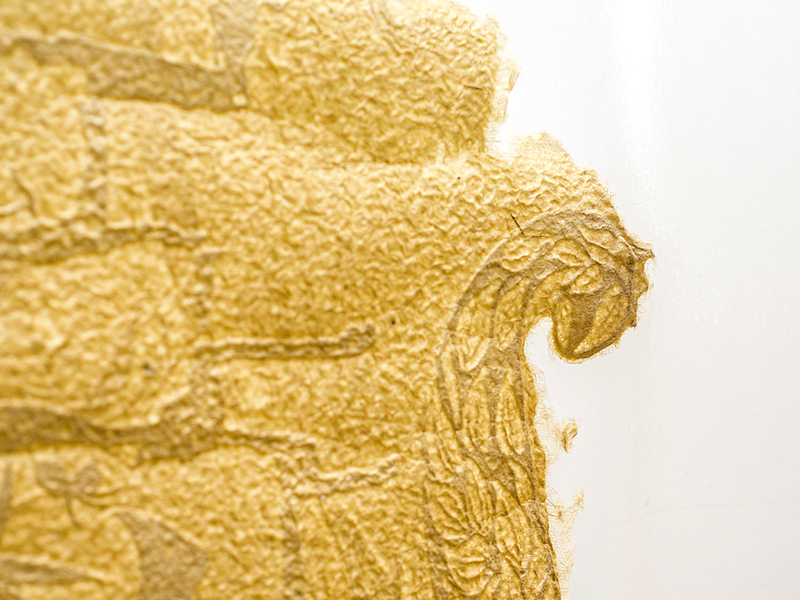 “What we do is basically bend these irregular shapes to our aesthetics and create art as the paper itself forms,” shares Bang, holding up a piece of truc chi paper whose irregular texture forms a monochrome painting as proof.

“To put it simply, truc chi is where paper is no longer just a blank canvas upon which one creates art. Art already exists within the paper. The artistic process already occurs as the paper forms.”

Bang says this opens up many new art forms and disciplines as paper is the foundation of many forms of ancient arts such as painting or paper crafts, as well as modern arts such as light art.

“Imagine you have been building houses and temples and towers for centuries and one day the mortar and steel with which you have been building with becomes something else, like, say glowing jelly that can reshape and reform and recolor itself to your will. It completely changes everything doesn’t it? Truc chi is exactly like that. In uur first exhibition, we combined truc chi with visual lighting art.” 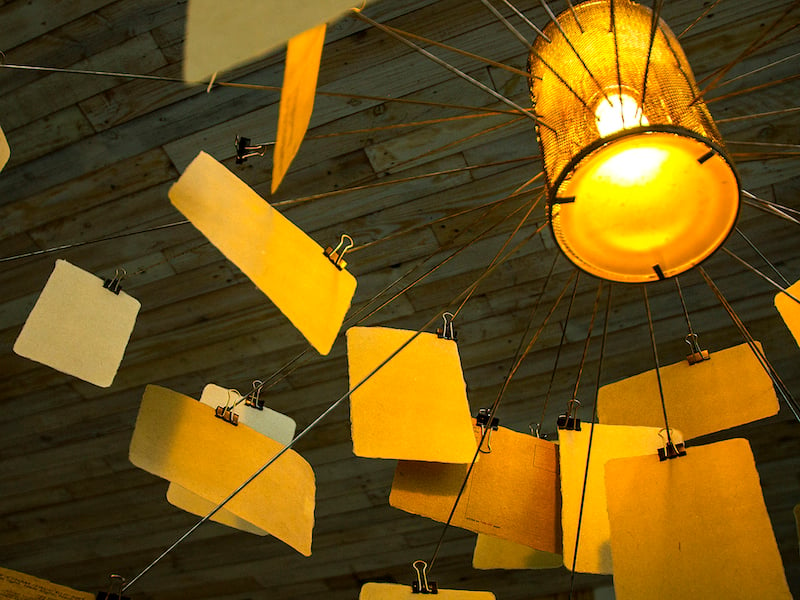 To date, Bang’s team of artists have created many truc chi works and intricate paintings, some of which are huge tableaus two meters tall, meant to be admired under specific lighting conditions or combined with other art forms. According to Bang, these combinations have been his goal since the beginning. “I’ve never been able to resist the prospect of creating new forms of art.”

This year Bang and his artist team have already held several exhibitions and toured throughout the country to raise awareness of truc chi art. “We’ve barely scratched the surface of what we can do with bamboo paper. New artists come to us and bring with them many new ideas, many new experimentations. I can only guess where we will go next.”

1 thought on “The dying art of papermaking”