Known as the Pearl of the Far East, glimpses of Saigon’s beauty of yesteryear can still be found on its many tree-lined boulevards, particularly in District 1.

While Saigonese might drive past these historic buildings every day, here are some little-known facts about these beautiful vestiges of the past.

* The two bell towers house six bronze bells which were cast in France in 1879. It’s said that in Saigon’s quieter days, the combined 28.85 tonne bells could be heard from 10 kilometers away.
* The square in front of the Cathedral (now known as Cong xa Paris, or Paris commune square) was once called “Kennedy Square” after a 1964 monument to US President John F Kennedy which stood close to the Virgin Mary statue. 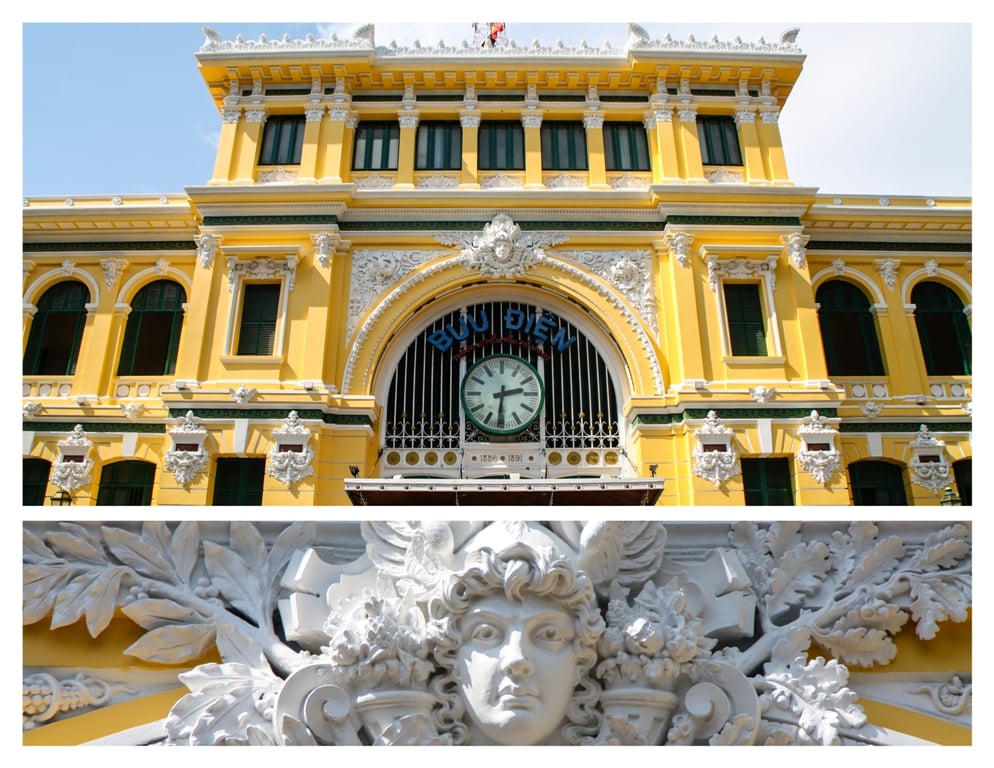 * If you look closely, the Post Office has a theme of human scientific / technical advancement. The exterior has plaques with the names of famous people including Samuel Morse, Benjamin Franklin and Michael Faraday.
* Behind the large portrait of Ho Chi Minh on the rear wall, is the city’s coat of arms, inscribed with Paulatim crescam, “Developing little by little”. It was covered over in 1975.

Tip: Inside the Post Office, look out for an octogenarian who serves as a “public writer” for anyone who needs help writing letters, translating documents or the like. 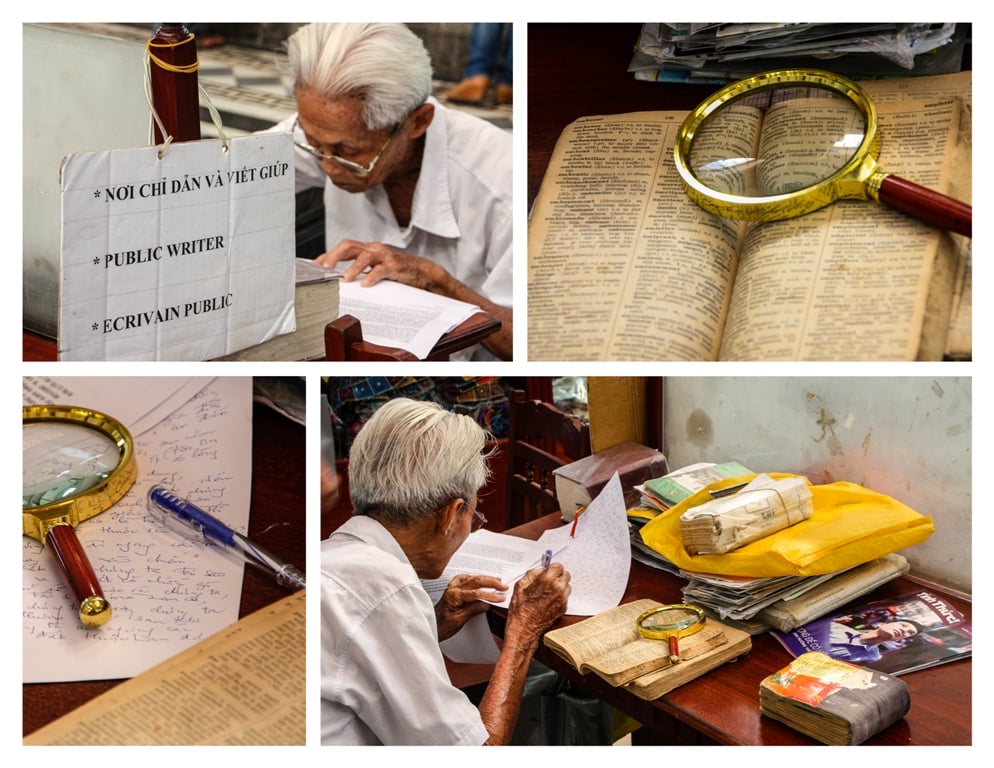 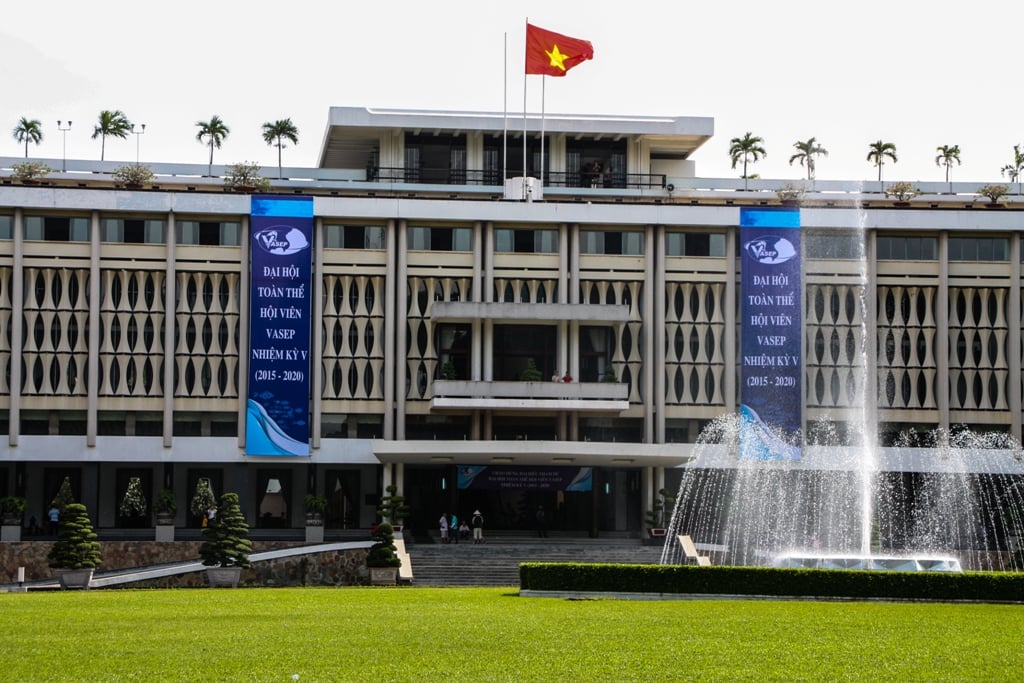 * Where the Unification Palace is now, there once stood the French Norodom Palace (finished in 1873) and the home of the Governor of Cochinchina, then used as a ceremonial venue and office, followed by the residence of the French High Commissioner (after WW2), then home to the first South Vietnamese President Diem before being demolished in 1962.
* The current building, when viewed from above, was designed in the shape of the Chinese character ji, meaning good luck. 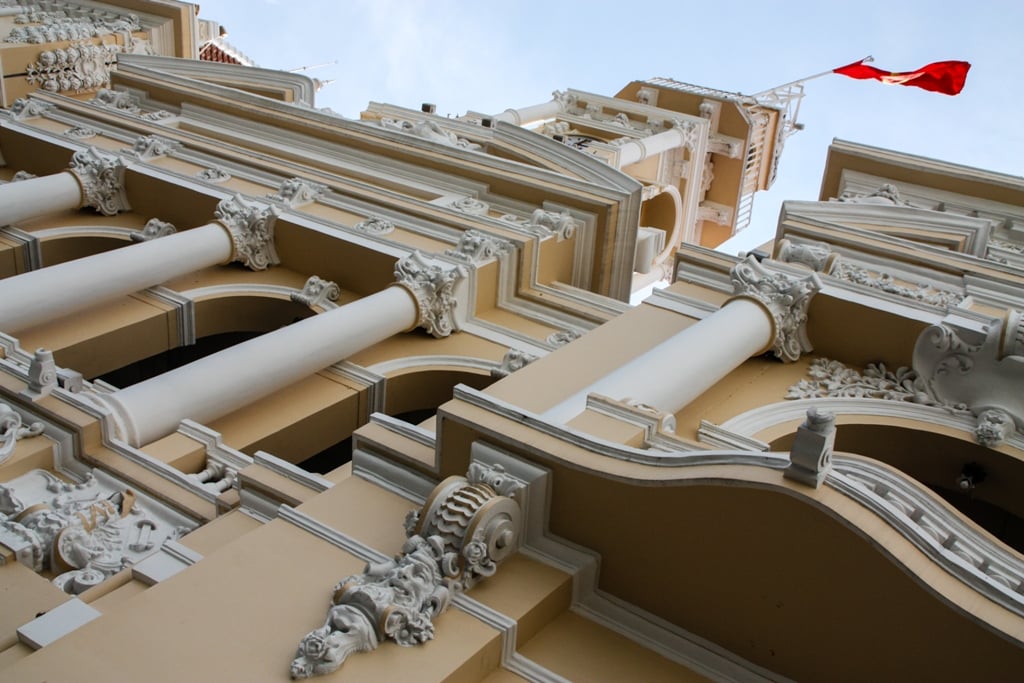 * Loosely based on the Hotel de ville in Paris, the headquarters of the Ho Chi Minh City People’s Committee features a 66-meter baroque facade adorned with Corinthian columns, sculptural figures and badges.

* The square immediately in front of the building housed a futuristic “Monument to the memory of the conquest of space”, erected in 1969 following the first moon landing, but was removed after 1975.

* Inspired by the Petit Palais in Paris, the Ho Chi Minh City Municipal Theater (inaugurated in 1900) could only function for four months of the year (October – January) because of the heat!

* It cost over 2.5 million Francs to build and in its inaugural season, it hosted full-blown productions put on by performing companies from Paris or Marseille.

These five sights were also on the itinerary for a cyclo trip around Saigon, organized by the Renaissance Riverside Hotel Saigon. June 11 marked the Global Day of Discovery, where 160 Renaissance hotels around the world shared in connecting guests with the local scene.

Cyclos sporting black and orange balloons could be spotted transporting about two dozen lucky hotel guests and invitees along the streets of Ho Chi Minh City. 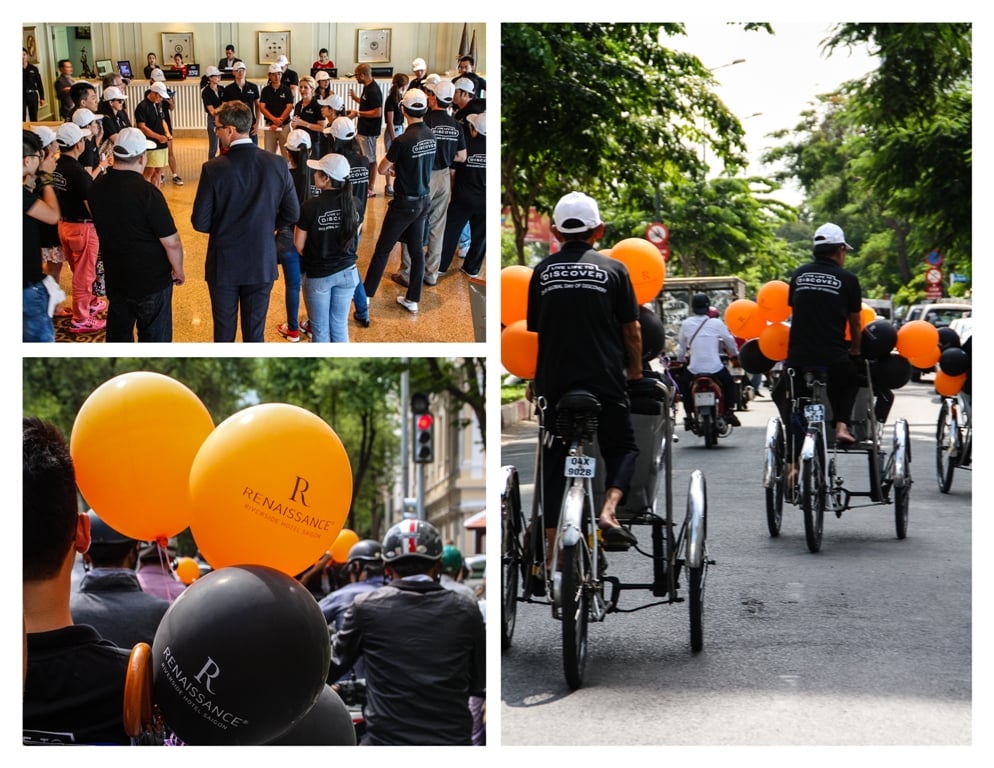 Passing interesting sights along the way, including a fashion shoot and a stop at Quynh Gallery. 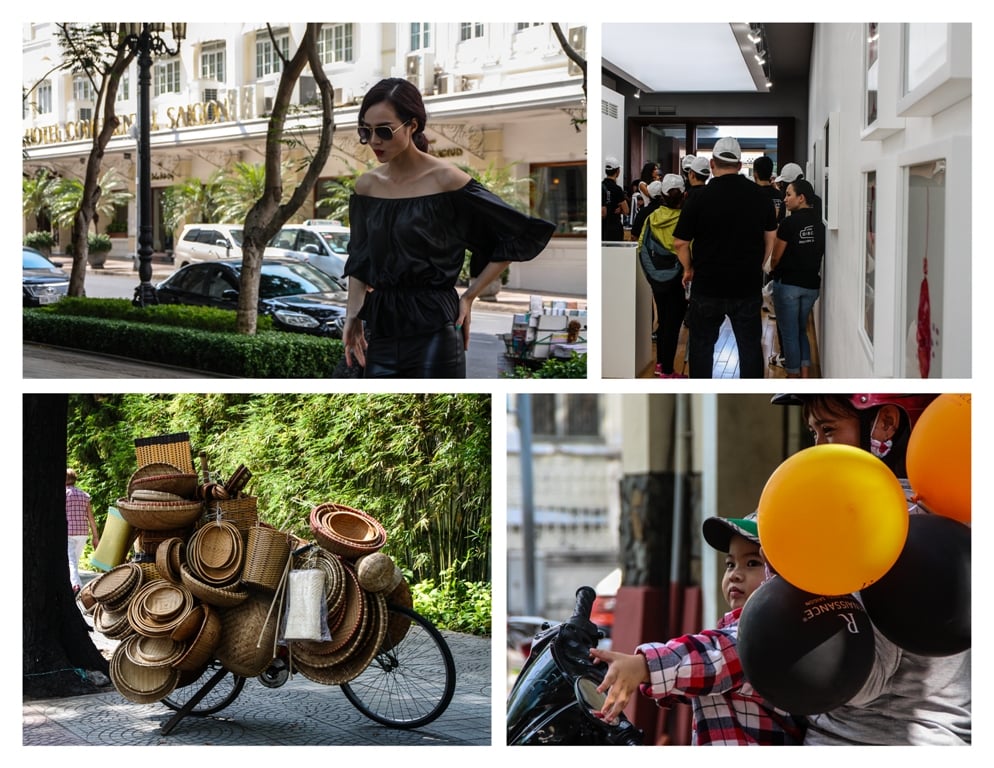 With refreshments awaiting at L’Usine at the end. So, fellow Saigonites, what are you waiting for? Get out there and discover all that the city has to offer! 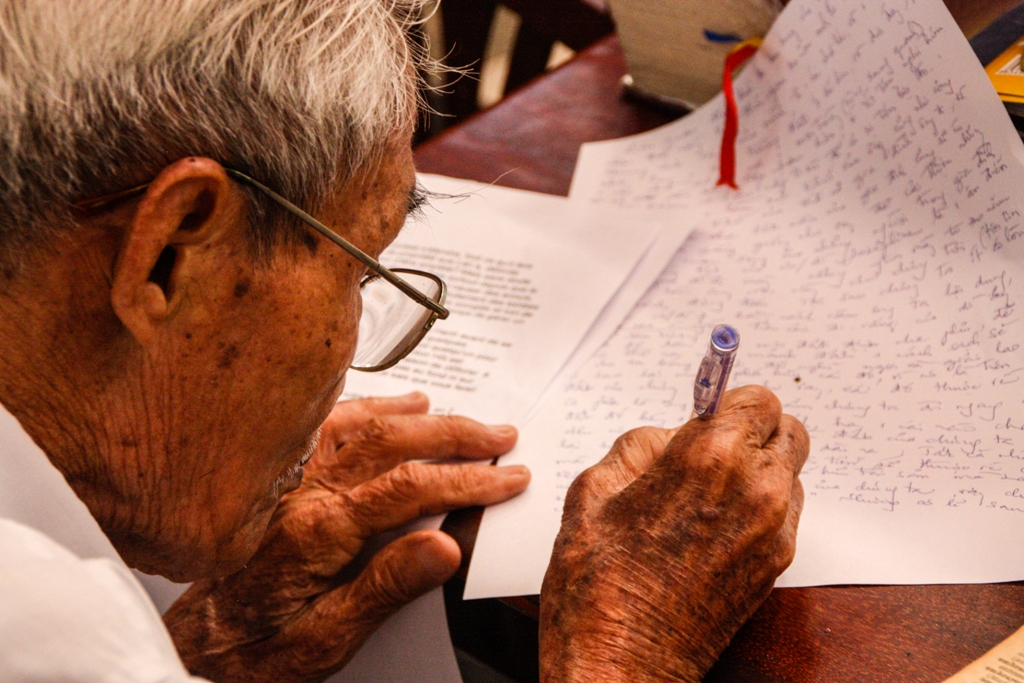 What’s your favorite spot in Saigon?