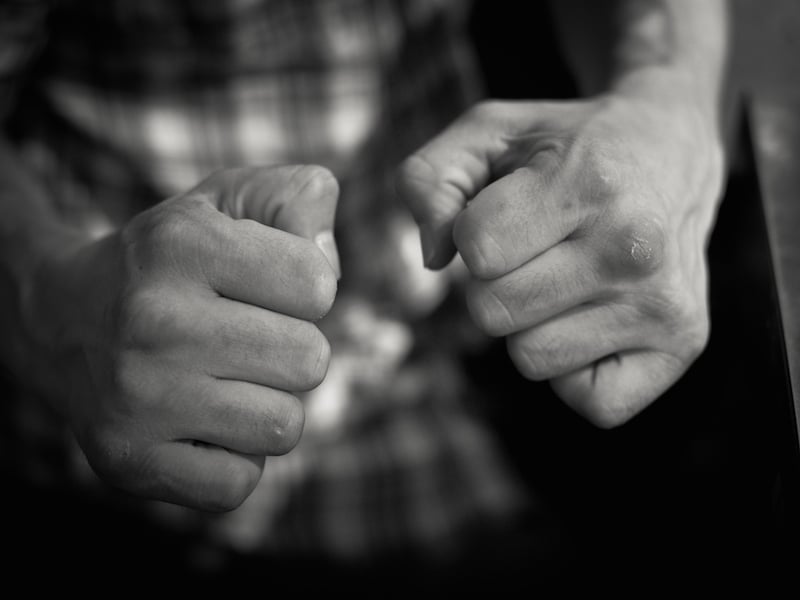 My life as… a foot masseur

My name is Chung and I’m 27. I’ve been giving foot massages for a few years now. I was born in Binh Duong, about 40km north of the city. My father died when I was seven, so it’s just my mom and my three brothers and sisters.

You know those people who sell gasoline by the side of the road? Well, that was what my mom did to earn enough to raise us. I helped her with that and when I finished fifth grade, I quit school for good to work. I did odd jobs here and there, seasonal work. I worked in a shoe factory. I had a job once where we put up decorations at Christmas and Tet. When I was about 20, my uncle asked me what I wanted to do. He was a barber and said I could apprentice with him. Or he would pay for me to study massage.

When he told me it would take three to four years to start making money as a barber, but that I could start making money after just a few months as a masseur, that was it. So he paid for me to take a four month course at the Women’s Cultural Center. The class had both girls and boys in it. The course was hard. Not everyone could do it. Sometimes at the end of the day, the new students couldn’t even hold chopsticks. Some of the other students were already doing massage, but just wanted the certificate. With the certificate, it’s easier to get a job. And when the police come to check, they’ll fine places that hire uncertified workers.

Nowadays, it’s mostly the places that do ‘sexy’ massage that take in people with no certificate. I’ve seen them hire girls as young as 15! Here, though, everything’s above board. There’s about 10 guys that do foot massage and 40 girls that do body massage.

On an average day, I probably have around four customers. The most I’ve ever had was seven. My hands were dead after that. It’s not about whether I like this job or not. I don’t think anyone wants to be a foot masseur. I do it for the money. I can make about VND600,000 in tips a day.

I’m saving up to buy a small house here in the city so I can get married and have kids. I know that Westerners only tip 15-20 percent but that’s not the custom in Vietnam. They understand that people like me don’t earn a salary. We live solely on tips. So if a massage costs VND100,000, people usually tip VND100,000 or even VND 150,000. It might sound like a lot, but it really isn’t. You can only do this until you’re about 30. After that, you’re too old. [Note: He uses the expression hết đát, which literally means “expired”.]

Customers want someone young and strong, not someone old. Most massage places will fire you when you’re 30 or 35. Besides, there are occupational hazards. Look at my hands. [Shows his knuckles on both hands which are swollen and calloused.] Some places use a massage stick. But they’re not allowed here. Customers want the human touch. But everyone who does massage will end up with joint pain sooner or later. My instructor said that we should retire at 30 or else we’ll have heart problems.

I know there’s not a future in this. I just started doing massage again after two years working at a factory that makes medicine for animals. My job was to mix and cook the medicine. I made about VND6 million a month including hazard pay for working with chemicals, but it got too complicated.

I couldn’t remember all the names of the medicines. The boss said my brain was too slow from leaving school too early. He said that my brain was dead and I couldn’t learn as fast as younger people who had gone to school. Sometimes I’d get careless or want to leave early, so I’d turn up the heat to cook the medicine but then the batch would go bad. In the end, I just left.

It’s not all that bad here. I get to meet interesting people. There’s this one guy who pays for everything with VND500,000 notes, even drinks! He says he doesn’t like small change. I think he works for the government. Then there’s this other guy who tips like VND1 million each time. We all like it when he comes in.

Then there was a Japanese girl once. She couldn’t speak Vietnamese and I couldn’t speak English or Japanese, but during her massage she asked if I knew somewhere to eat. I was working in District 1 then, near Dong Khoi, so afterwards, we went near Lucky Mall for some German food. Every night after that we went out, sometimes to eat, sometimes to a club. I had to bring my friend along to translate. He’s a receptionist at a hotel. He tried to get chummy with the Japanese girl’s friends, but they weren’t having it. In the end, she stayed for a month and when she left, she gave me her phone number and email. I think she really loved me. But I didn’t know how to use email or how to call to Japan, so I just threw the paper away.

Now my sister does massage, too, in District 5. My other sister is a seamstress. My brother works here parking the motorbikes. He tried to do massage but his joints hurt too much. I rent a room here for VND1.5 million a month. It’s convenient. I can just open my eyes in the morning and start doing massage. It’s not such a bad life.