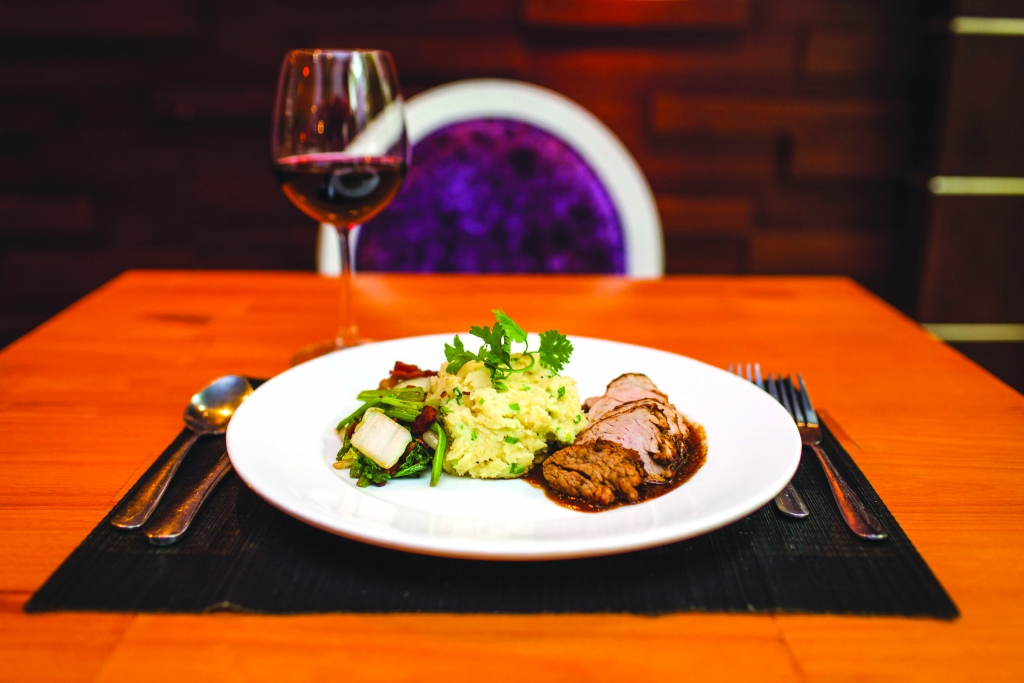 Here, the owner is as popular as his food

There’s little point in scheduling an interview with Scott Marquis. Within the first five minutes of sitting down in his restaurant, I’ve already overheard most of what I wanted to learn listening to him greet and chat with other diners. It’s hard not to eavesdrop: Scott’s slow, resonant Maine accent travels easily across the modestly-sized venue; and frankly, part of the success of Scott & Binh’s (15-17 Cao Trieu Phat, Hung Phuoc 1, D7) comes down to the patient, engaging personality of its owner. “Let me put it this way,” I overhear him explaining his concern to a customer seated behind me. “We wouldn’t want you to leave hungry. So if you only want to order one dish, I’ll just have to make it bigger.” 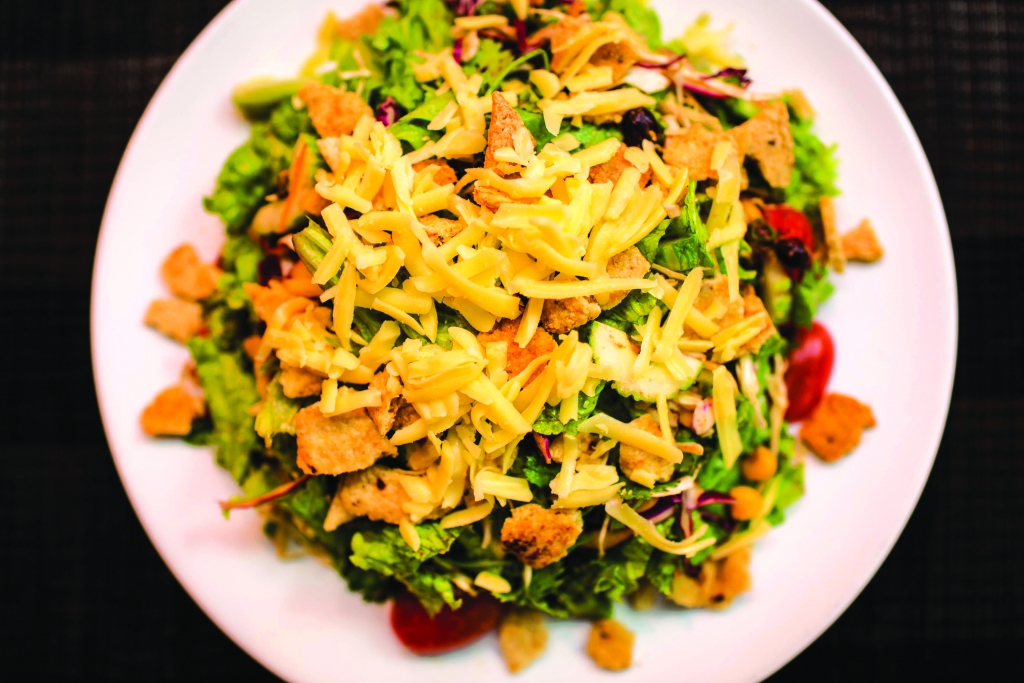 Everyone loves his attitude, and online reviews of the restaurant regularly mention his personal touch. In fact, Scott & Binh’s consistently astronomical ratings on TripAdvisor have made Scott something of an internet celebrity – a small group of American tourists on my right immediately recognizes him by his endearing natural fauxhawk and listen intently as he runs through the story of his home-style family restaurant, interweaved with parenting anecdotes about his infant daughter Zoey, who’s plodding about at the front. I’m taking the evening slow, but the waiters are notably zealous in their customer care, matching their chef’s penchant for personal service without catching his casual pace. I wait for Scott himself before I pick my dishes: the restaurant’s catchphrase is “comfort food with a twist,” and while I’m rather guiltily taking this as a signal that I’ll be able to get away from local food for just one night, I’m aware that my Vietnamese co-reviewer may not find the cuisine quite as ‘comforting.’ “We’re known for our burgers,” he says candidly. “And we have an extensive sandwich menu. But we do have more ‘adult’ food as well.” 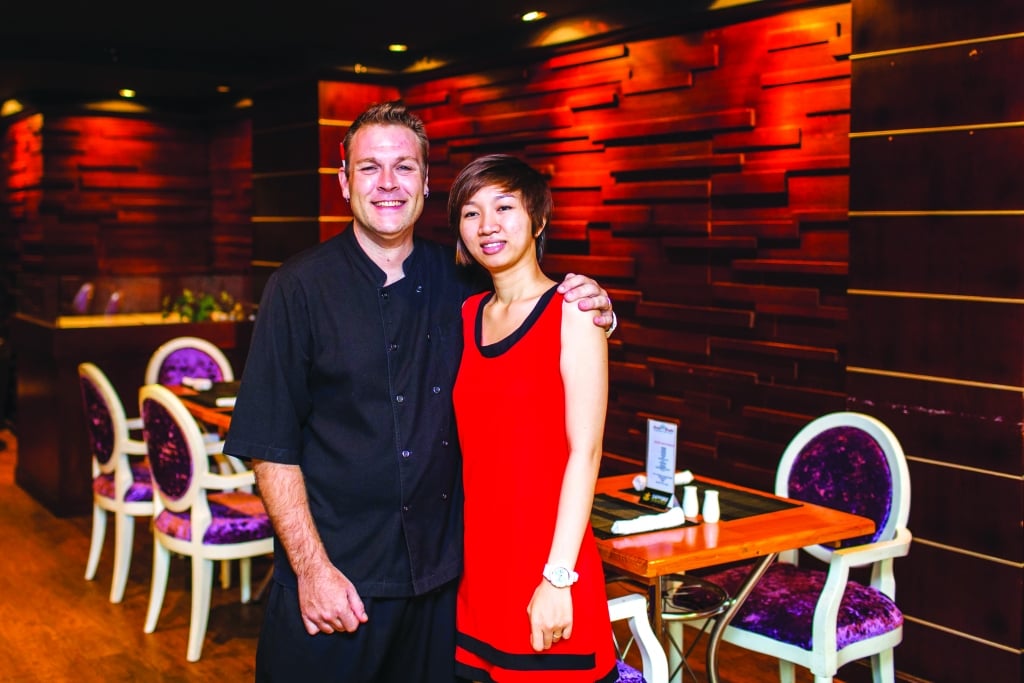 I decide to be mature and opt for a salad, along with an intriguing dish labeled “chili roast pork tenderloin” (VND185,000) that I’ve seen frequently mentioned online. My Vietnamese dining partner surprises me by going for the macaroni and cheese (VND135,000). We’re lucky to have landed a night when the restaurant’s only half-full. TripAdvisor alone has kept it packed on most evenings (reservations are recommended) but living up to international expectations has been tough. “I check TripAdvisor first thing every morning,” he says, “and part of it is that at least my wife Duc or I need to be here pacing the restaurant floor every night. We joke every week about taking a holiday – about three hours in Vung Tau is all we could manage!”

We just love the food, and it’s as simple as that. My taco salad (VND85,000) is what I expect when I order Mexican, its only hint of Asian cuisine stemming from its handful of black beans and Vietnamese parsley. The tacos are all the better for being handmade and not out of a packet. I finish it without trouble, which is a problem by the time I get to the pork – the salad was enormous, and so is the main.

Scott proudly tells me this popular dish was inspired by a curious menu item he tried in Hoi An that played bacon off against spinach, which somehow reminded him of the cuisine of the South back home. Reverse-engineered with some fermented Vietnamese onion to perfect the taste, the succulent tenderloin is added almost as an afterthought, with a spicy, creamy mashed potato on backup. Just the potato is enough to enthuse over, and I’ve actually tasted it before – chillied mashed potato is a local delicacy in parts of rural China, which makes me wonder to what extent Scott is consciously channeling diverse Asian influences. Then again, there isn’t a hint of Asian DNA in the macaroni – it’s hearty, heavy, and home-style. In fact, I’ve spent most of the meal trying to analyze the food for this review, and I’ve hit upon a theory.

I’ve already heard Scott tell another diner that the “twist” to his comfort food isn’t some attempt at an East-West fusion but rather a straightforward commitment to using fresh local ingredients. My theory is that he has consciously hunted down the close equivalents of foreign ingredients and then added a bit of magic to produce dishes that are as authentic as possible. I’m completely shot down before I’ve finished asking the question as we leave. “No, it’s not authentic at all,” he says. “You see French and Thai dishes on the menu. They’re not anything fancy. It’s just good food. It tastes good. The customers leave happy. That’s what we’re about.”