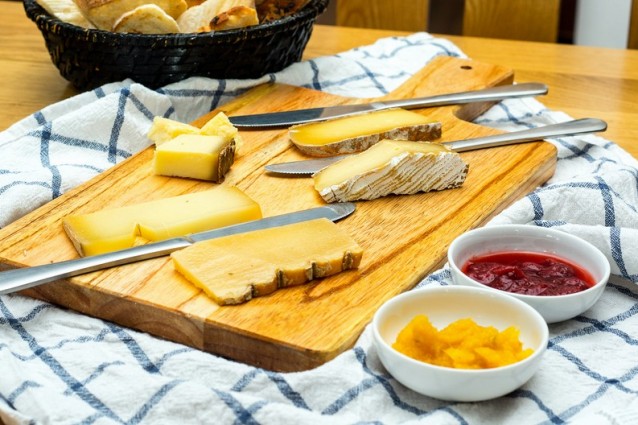 In the biographical film La Vie en Rose, French singer Edith Piaf is approached by Marlene Dietrich after a performance in New York City. “I haven’t been to Paris in ages,” says the German actress. “But this evening, when you were singing, I was there… in the streets, beneath its sky… you took me on a journey.”

Le Padam (230 Nguyen Van Huong, D2, across from the BIS Elementary School), Saigon’s first and only cheese bar, aims to whisk diners on a culinary journey to a quaint Parisian bistro, serving up artisanal French raw milk cheeses. Fittingly taking its name after Piaf’s 1951 hit Padam, Padam where the sultry cabaret singer croons about a tune that she can never get out of her head, Le Padam is a shrine to everything fromage, a frustratingly common expat obsession.
The first eatery of Frenchman Cyrille Jean and his Vietnamese-Canadian wife, Ann, the shop combines his love of cheese and old French movies with French country décor, courtesy of Ann’s artsy friends from her previous career in film directing. 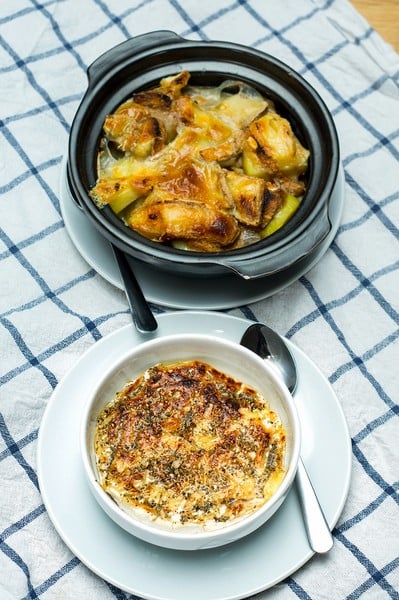 What the menu lacks in length, it makes up for in simplicity ― a place to come and sample a range of cheeses that would otherwise be too expensive or impractical to buy for home. The Cheese Board (VND390,000 for five, VND250,000 for three) features a selection of cheeses of your choosing from the 13 or so varieties they stock, each piece at around 30-35g and served with freshly baked baguette and homemade jams. Cyrille, hailing from Brittany, is the resident cheesemonger and happily makes recommendations, partly based on guest preferences and admittedly based on how he’s feeling that day. “Most of the time, the guests trust me,” he laughs. “I’ll ask them if there is some kind of cheese they might not want, like Roquefort [a strong sheep milk blue cheese], but often it’ll depend on my mood, whether I feel like encouraging them to try something new.” Upon hearing that I prefer soft, mild cheeses, he chose for me a board that included tomme de brebis and tomme de chevre, two sheep and goat milk cheeses that were delicately milky with a buttery aroma and a fragile but heavenly Beaufort, made from cow’s milk from the French Alps, so flavorsome that I could practically taste the grass and flowers they ate. An earthy Brie de Meaux and a pungent Saint-Nectaire completed the selection, thoughtfully arranged from soft to strong.
Cyrille is a seaman by trade, spending 15 years on the high seas before meeting Ann in Hanoi and opening up Le Padam at the beginning of the year. “I was tired of working for a**holes, so I thought that if I have to work for an a**hole, I want that a**hole to be me,” says the affable young Cyrille. Armed simply with a love of cheese and old movies, the couple set out to open a high-cultured but ultimately comfortable place where guests could feel at home,… that is if home were a cozy French country house, with windows thrown open to fields of flowers in the distance, where wine barrels double as tables, apothecary jars hold dried lavender and a beautiful blue pool table add to the chilled atmosphere. “The concept was to make something different that you couldn’t find anywhere else. We wanted to share what we love about French culture,” says Cyrille, explaining the old movie stills that adorn the walls, the hand drawn French cartoons and the satirical quotes reflected in the bar mirror ― all the accoutrements of home, but noticeably sans big kitchen. 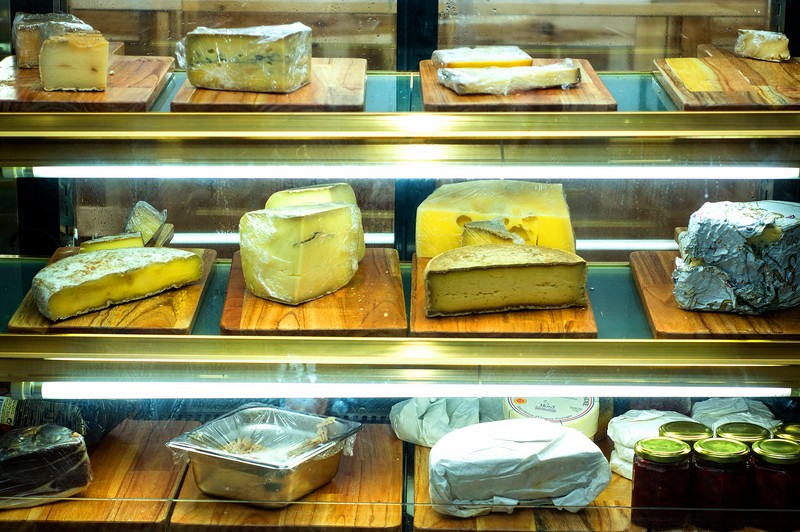 Le Padam’s menu features mainly cheeses, cold cuts (Serrano ham), and a small selection of salads and sandwiches. Ann makes some of the most delicious strawberry and pineapple jam to go with the freshly baked baguettes (plain and sesame, VND40,000 each) and tasty rillette de porc (VND110,000), a slow-cooked, pâté-like shredded pork with fat and herbs. There’s also a baked camembert roti (VND250,000), a divinely oozy mess, sweetened with a touch of honey and a liberal sprinkling of herbes de Provence that just begs to be sopped up with a crust of baguette. The no-cooking rule takes a break on Thursdays with a tartiflette (VND390,000), a wonderfully rustic dish from the Savoie of potatoes with bacon and onions and a splash of white wine, then topped with 100 g of Reblochon, a strong, nutty cheese, that’s meant to melt and seep into all the nooks for a soul- satisfying experience.
In Padam, Padam, Piaf sings about an obsession that haunts her day and night, that will one day drive her mad. Happily for cheese-obsessed Saigonese, Le Padam provides a welcome dose of dairy therapy, bringing a smile to anyone who says “cheese.” 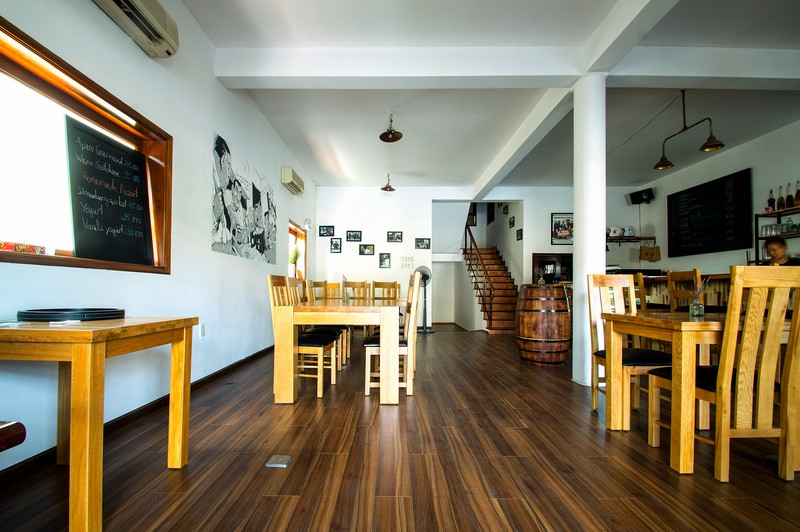