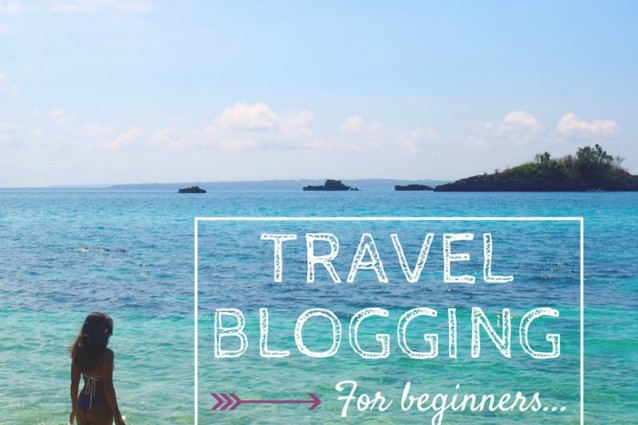 Travel Blogging 101: Want to travel the world for free?

With the advent of the internet, now anyone can be a published writer with a few clicks of the mouse. Even though blogging didn’t really take off until the late 1990s, it feels like every other person I meet has a blog of some kind and the stats seem to back that up. I’ve seen estimates saying there are anywhere from 150 to 450 million blogs in English, with Tumblr hosting 227 million blog accounts and WordPress almost 75 million. A significant portion of those are travel blogs.

People start travel blogs for a wide variety of reasons ― as a way to remember a trip, to keep in touch with family and friends, and, of course, to score free travel. How many of us have seen photos of someone on a deserted beach or pristine mountain summit, a laptop open, a fruity drink of some kind to the side, and the caption: “My office for the day”? For many, trading in the desk job for a glamorous globetrotting life of free travel, free products and a healthy income sounds like heaven. A friend of a friend asked me how she could get sponsors for her upcoming trans-America road trip. She had started a blog literally just a few weeks before with hardly any readers and zero journalistic credibility, but was already convinced that there were companies out there wanting to leverage her corner of cyberspace. The reality, though, is that somewhere around 95 percent of blogs eventually die out, according to a 2008 survey by a search engine for blogs that found that out of 133 million blogs it tracked, only a little over 7 million had been updated in the past four months. Blogging is indeed hard work. Becoming successful at it, whatever your goal, requires patience, perseverance and a modicum of talent. 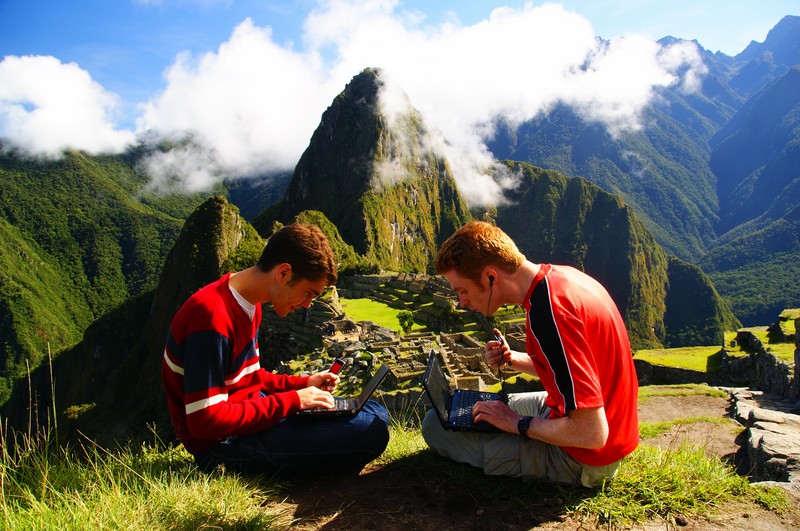 For the sake of full disclosure, let’s just establish that I’m a bad travel blogger. Despite my best intentions, I only manage to post once every few months. But somehow it’s still working for me. In the past year, my blog has opened doors that have been incredibly unexpected. I once received a frantic email at six in the morning from a BBC producer who needed someone to report live from the newly opened McDonald’s… in an hour. I typed a groggy “sorry, can’t!” and took a shower. When I came out, he replied that he’d hold the segment for me. So off I went on my bike flying through morning traffic and went on live radio literally three minutes after pulling into the McDonald’s parking lot. It turns out the BBC producer followed my blog, although he had never commented. Just this week, a popular guide book contacted me and ended up commissioning ten articles, again, because they had read my blog. So while there are no ironclad rules to successful blogging, I’d love to share some things that I’ve learned from the last three years of blogging and from talking to other bloggers.

Finding Your Niche and Your Voice
Blogging isn’t an online Field of Dreams where it’s a case of “write it, and they will come.” Unless you got into the action very early in the game, the blogosphere has become a very crowded place. In most cases, bloggers give up because it takes a long time, years even, for readers to start coming. Oftentimes, there’s just not enough reason for people to come back to your blog again and again. That’s why finding your niche is so important. Are you looking to write about budget family travel, or traveling for seniors, or traveling the world while playing an upright piano (a real blog, by the way, at pianoaround.com)? Whatever it is, decide on your specialty. What do you do better than most other people? What’s going to set you apart from the other hundred million bloggers out there?

Then it’s time to find your voice. Are you going to be resource-heavy, with lots of details for someone else who wants to replicate your trip? Or are you going to show some of your personality, building your brand around yourself? When I’m looking to research a destination, I appreciate the former with as many details as possible. But unless there’s something more than “how-to” about the post, I won’t subscribe or bookmark it. There’s no reason for me to read a journal- style blog unless I plan on visiting that very destination in the near future. Then there are bloggers I read simply because I like their personality, usually because it’s humorous, smart or quirky in some way. I love vivid imagery and read a lot of Paul Theroux and magazine-style travel writers like Chris Colin, who describe scenes and behind-the-scenes so beautifully that it’s almost like being there with them. I feel smarter just for reading them. In the early stages of your blog, decide on how much you want to reveal about yourself and study and practice the art of writing, even if it means writing and re-writing before you hit that “publish” button.

In upcoming columns, I’ll share more advice on setting up a blog, how to market yourself and your site, using social media and of course, how to score free travel.

Writing and editing, even freelance, likely means you’ll be chained to your computer for long periods of time, writing to deadlines and obsessing over words. I began having back problems a few years ago and found that I couldn’t sit for more than a couple of hours without my back getting really sore. I bought an expensive, ergonomic desk chair, and even purchased a massage chair to encourage myself to take more frequent breaks. On one of my web surfing sessions looking for back exercises you could do from an office chair, I came across a video about a strange-looking seat cushion from a company called BackJoy, with their motto, “Change your posture, change your life.” The skeptic in me took one look at this nerdy-looking plastic cushion and dismissed that it could ever work. It wasn’t fancy. It didn’t involve any electronics. Instead, it simply promised back relief by cupping your gluteus muscles so they couldn’t flatten against the seat, thereby avoiding the tightening of back muscles, and tilting your hips upright into a neutral position, moving pressure and strain from your lower back. For every negative reviewer who said the product was useless, there were ten enthusiastic ones that swore that the product changed their life. At just about USD40, I decided to give it a try. I didn’t see much of a difference the first day or two, but after that, started noticing that I could sit an entire morning without a stiff back, invaluable when trying to write multiple articles on deadline. Within a month, I loaded up on more BackJoy products, including a trigger point massager which has been a godsend to work out kinks and knots that were infuriatingly difficult to reach, a pair of posture sandals and a memory foam travel pillow. It’s rare that I’m such an advocate for any one company, but hands down, these products really have changed my life and the way I’m able to work and travel. If you sit for long periods and experience back pain, I wholeheartedly recommending giving BackJoy products a try. Unfortunately, there’s no BackJoy distributor in Vietnam yet but there are a few places that sell them in Bangkok. Otherwise, products can be ordered via amazon or from BackJoy. 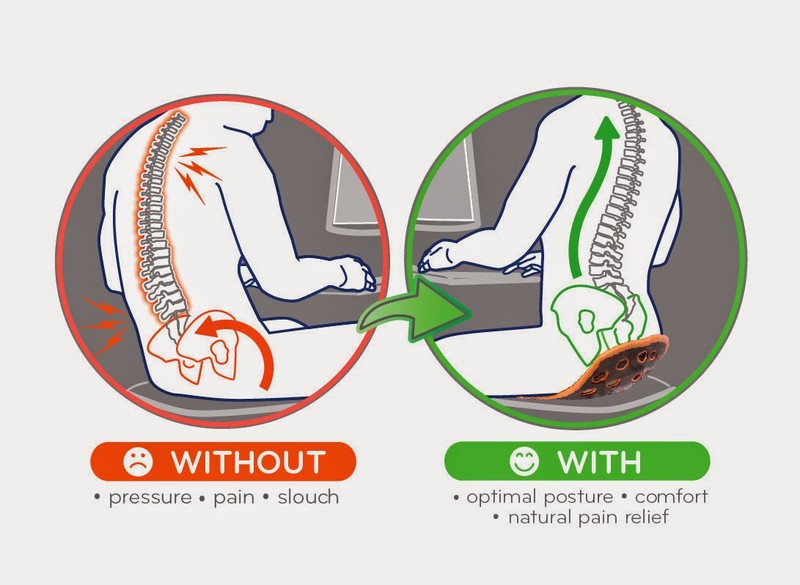