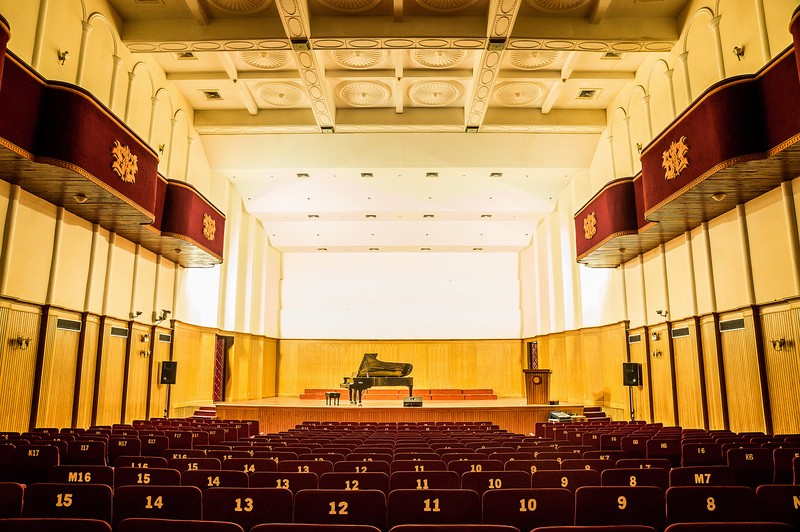 The Sound Of Silence

Is it curtains for classical music in Vietnam?

The 2015 Vietnamese Art Festival Autumn Melodies finished its triumphant run on August 30th. The one-week program consisted of 11 shows from a variety of music styles and performance disciplines such as symphony orchestra, chamber music, musicals, ballet, baroque, piano solos and contemporary dance. It opened with a symphony orchestra performance by the Ho Chi Minh City Ballet Symphony Orchestra and Opera (HBSO) on August 25th 2015, peaked with a contemporary symphony performance by the Royal Norwegian Navy Band, and ended on Bach, Beethoven and Brahms.

The Vietnamese press lauded Autumn Melodies as a veritable feast for lovers of classical music and dance art. Music academia and professionals, both local and international, praised the show for its rich content and diverse cast. Yet, unknown to the satisfied audience, behind the success of Autumn Melodies lies an industry desperately struggling to remain relevant to the younger generation. 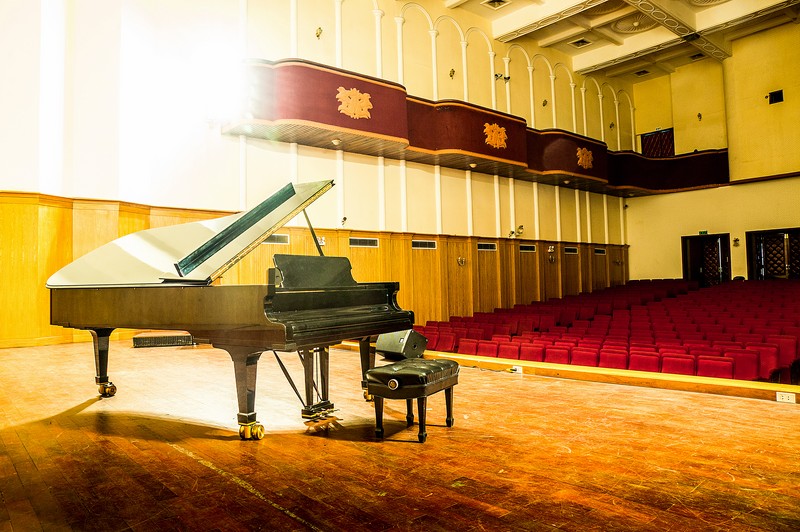 “It’s a truth that few in the industry like to talk about, but if we don’t do anything, the Vietnamese classical music industry will die out in a decade or two,” says Mai Thanh Son, the chief of foreign affairs and spokesman for the Ho Chi Minh City Conservatory of Music. Along with its commercially-slanted sister organization – the HBSO – the Conservatory of Music constitutes the Oxford of the Vietnamese music industry. It has two main branches of teaching: national music and classical Western music. Falling under these two branches are more than 20 music majors both practical and academic, and from the alumni of the Conservatory have emerged generations of Vietnam’s best performers in music since 1956. Aside from its role as the single most prestigious school of music here, the Conservatory usually partners with the HBSO in organizing classical music and performances in Vietnam. It is also the force behind many art and cultural exchanges that send Vietnamese musicians on performing and training tours through Europe and Russia.

Considering its credentials, its reputation, and its long list of influential and wildly- successful alumni (Vietnamese diva My Linh is one), Son’s statement is a shocking revelation to many fans of the Conservatory. “There are no published statistics, but ten years ago, at around the time I was a student here, the average class at the Conservatory had from 10 to 15 students. Nowadays, we are lucky to get four or five,” shares Son. 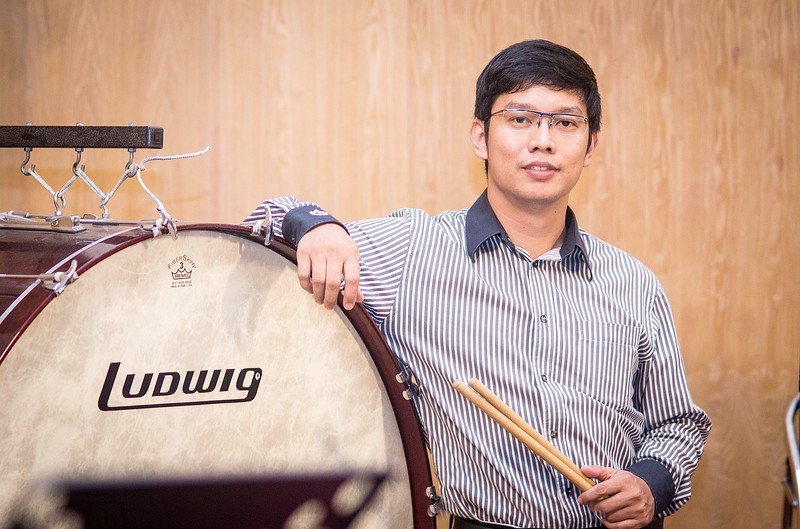 According to Son, who also teaches at the Conservatory, some classes have dropped to a single student. Entire faculties have closed down due to lack of interest. Students who graduated cum laude struggle to find work and a stable income. Many have been forced to take up jobs in more viable industries. On the commercial side, despite the success of Autumn Melodies and other classical music programs before it, things do not look much better. “Autumn Melodies cost VND2 billion to organize. That’s not counting compensations for the musicians, most of whom performed for free or for a tiny stipend. And in return, we made a revenue of roughly VND600 million. We sold 90 percent of the seats. And that’s all we made.”

Time Has Since Changed

The perplexing financial outcome of Autumn Melodies is the norm for the industry. By and large, few, if any, classical music performances in Vietnam, regardless of scale, success or backing, make a full return on their investment. Most struggle to fill their seats with a dedicated audience, and even on the rare occasions of a full auditorium, the usual Vietnamese classical music performance does not make back more than 30 percent of its investment. 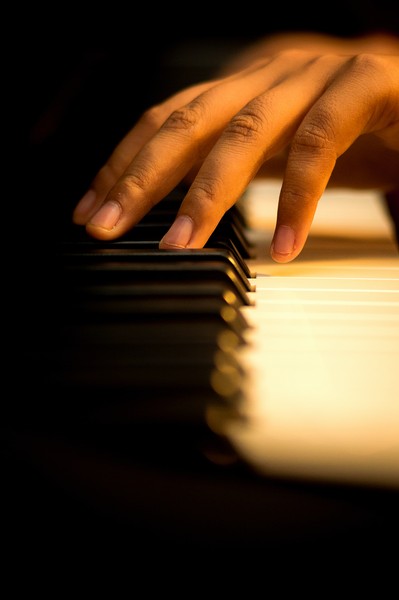 “It’s difficult to break even when your ticket price is a tenth of your Western counterpart while footing more or less the same bill as they do,” explains Son. “I personally do not know of any performances that have broken even. Most shows survive on government grants and the charity of art-loving sponsors. The musicians that you see on stage, they keep doing what they do because of passion, not because of paychecks, because there are none.”

With these conditions, it’s no surprise that fewer and fewer hopeful students come to the Conservatory to learn how to compose melodies, conduct orchestras, or how to tickle piano keys or bow the violin in concerto. The number of alumni’s children following their parents’ footsteps and attending the Conservatory is another quickly dwindling number.

The root cause for the industry’s downfall is more than just a lack of interest from younger audiences according to Son, but a combination of a lack of forethought and marketing savvy on part of the Conservatory, and a maze of bureaucratic red tape that prevents the music academy from keeping up with time and industry. 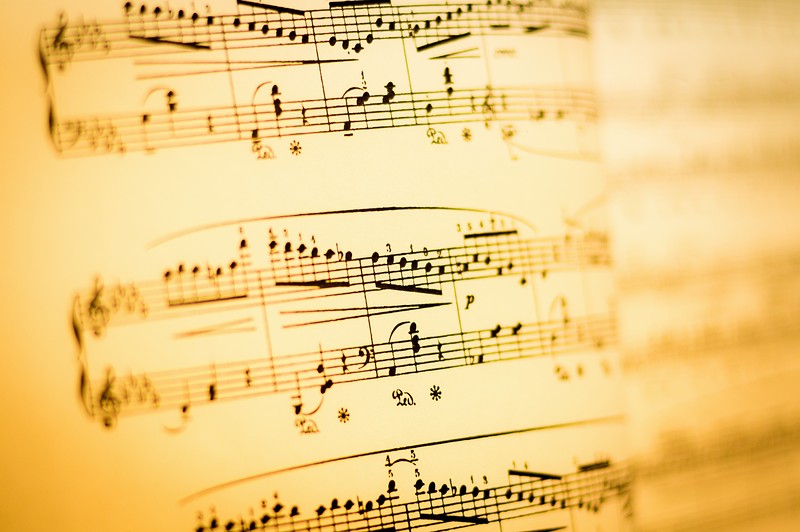 “There was a time when we believed there was no need for marketing,” says Son. Indeed, before the rise of commercial, private music schools, the Conservatory held monopoly over music education in southern Vietnam. Its sibling school, the Conservatory of Ha Noi, similarly held dominion over northern Vietnam. In the 60s, 70s, 80s and even 90s, few respectable and successful musicians came from sources outside of the Conservatory. Needless to say, times have since changed. “What our predecessors failed to understand is the fact that a musician, regardless of talent, is nothing without an audience. For decades, they neglected the vital task of creating an audience, and so now we are faced with the challenge of a rapidly declining audience pool from which we draw both new talent and support.”

“Lack of marketing and public relation savvy is another issue that needs to be resolved for classical music to blossom with the Vietnamese public,” says Son. “Too often there is a chasm between classical musicians and your average Vietnamese audience.” Part of that chasm, Son explains, is also in how classical musicians have historically performed in Vietnam. “To an audience of heads of states or visiting diplomats, in the chambers where high ranking government officials receive foreign dignitaries. Since we are sustained by government grants, we often provide entertainment at government functions, especially those with foreign elements. That has, unfortunately, created an image of classical music as something up there and unreachable to a lot of people. We need to reach out to the masses, but few of us know how to.” The Conservatory has made many efforts in modernizing itself in recent years. Its Office of Foreign Affair – a misleading name as the four-person team, including Son, does the combined job of a marketing office, a public relation office and an event organization office – is one such attempt to reach out to a new audience and to private entertainment companies with the goal of reformation and survival in mind. This is no small task, however, as the Conservatory’s greatest beneficiary and financier, the Vietnamese government itself, also presents its blockade in the form of a tangle of bureaucratic red tape.

“We know modernization and semi- commercialization is the direction of the industry, but we are limited in what we can do by countless policies and regulations,” shares Son as he counts the few members of his team, all of which are graduates and teachers at the Conservatory. “This office is limited to only four staff members so we don’t have much in terms of human resources. Our finances are similarly restricted.”

Despite these obstacles, Son and his team are not daunted. “Resurrecting classical music in Vietnam is a mathematical equation with no clear answers in sight. But we can’t give up. We have to keep looking and keep hoping.” 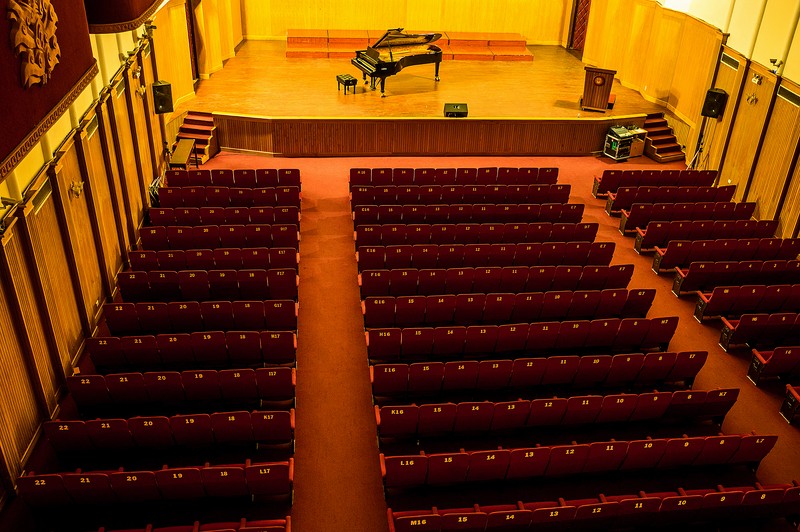