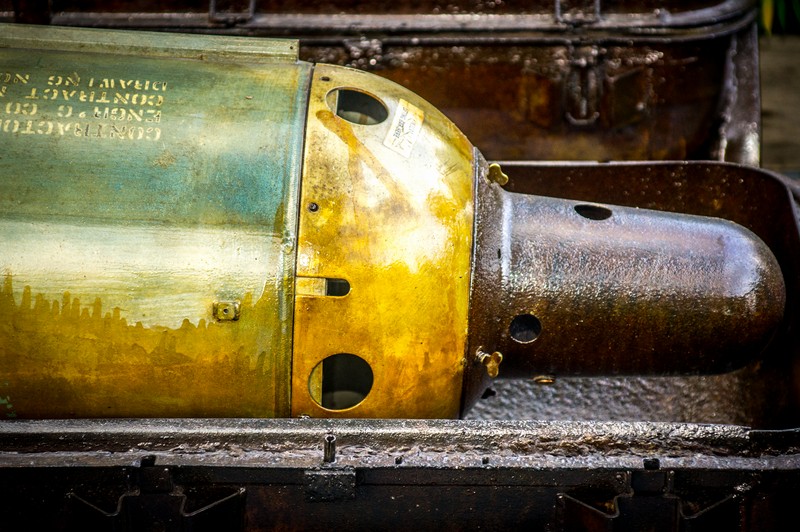 In 2015, Forbes released a list of top ten deadliest jobs in America. The professions that top first and second on this list are loggers at a 109.5 out of 100,000 workers fatality rate, and fishers at 80.8 out of 100,000. In Vietnam, there are no equivalent statistics, yet the dubious honor of being Vietnam’s deadliest job, without a doubt, belongs to the bomb sawyers.

As their name suggests, bomb sawyers saw apart bombs, rockets, land mines, missiles, cartridges and various other military ordnances, many of which still have a live trigger intact, for a living. The fruits of their labor are scrap metals and raw dynamite that they then sell by the kilo for cash. During the American War, the US dropped a total of 7.8 million tons of bombs on Vietnamese territory, mostly in northern and central Vietnam. A third of these ordnance are unexploded and thus pose a risk of detonation decades after the end of the war. It is these unexploded bombs that feed Vietnam’s small but enduring community of professional bomb sawyers.

“We know it’s dangerous,” says Nguyen Thi Tam, a professional bomb sawyer and mother of two. “But we also know that it pays the bills. My village has a saying: A bowl of blood for a bowl of rice. Whether we live or die on the job is really up to fate. So we try not to think too much of it.” 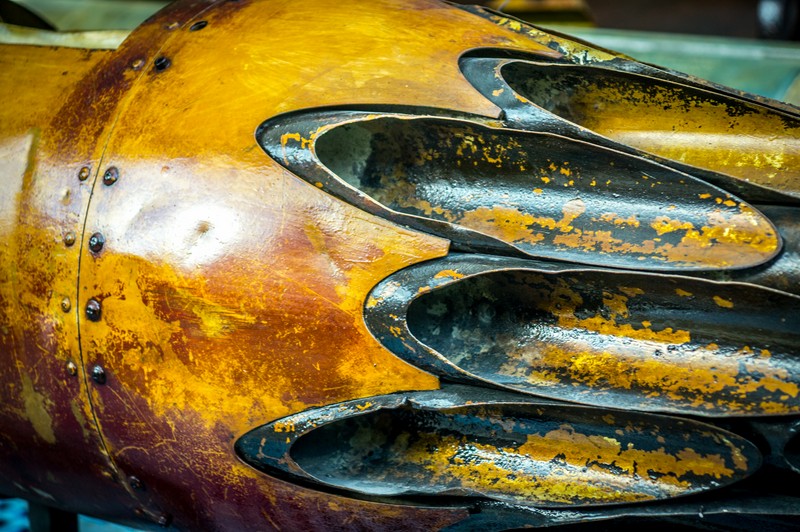 Tam’s entire family of six including her parents, son and daughter and a younger brother all follow the same profession. Tam’s husband, Nguyen Bay, made Vietnamese headlines in 2013 as one among a long string of professional bomb sawyers who died on the job. The detonation of a rusted AIM-9 Sidewinder missile left little of his body for a funeral. Despite the tragedy, Tam and family do not plan on giving up their profession.

“We’re not the only family to go through something like that in this village. We are not the first, nor will we be the last. It’s a sad thing, but we need to eat and our children need to go to school,” she explains.

Tam’s family makes up one of the 40 families of An Hoi Bac village. This tiny village of a few hundred inhabitants in Quang Ngai is one of the biggest settlements of professional bomb sawyers due to its strategic position in the war. Before 1975, Western Quang Ngai in general and An Hoi Bac village specifically sat smack dab in the middle of the North- South supply corridor and took a large percentage of the 7.8 million tons of American bombs dropped on the country. Today, despite a state-owned oil refinery and various campaigns to promote a fishing industry, Quang Ngai remains one of the poorest provinces in Vietnam. Its lackluster economic status and limited career options, coupled with the several hundred thousand metric tons of unexploded ordnance still buried in the shallow soil of its vast unpopulated land, make Quang Ngai a prime area to set up entire bomb sawyer communities like Tam’s village. 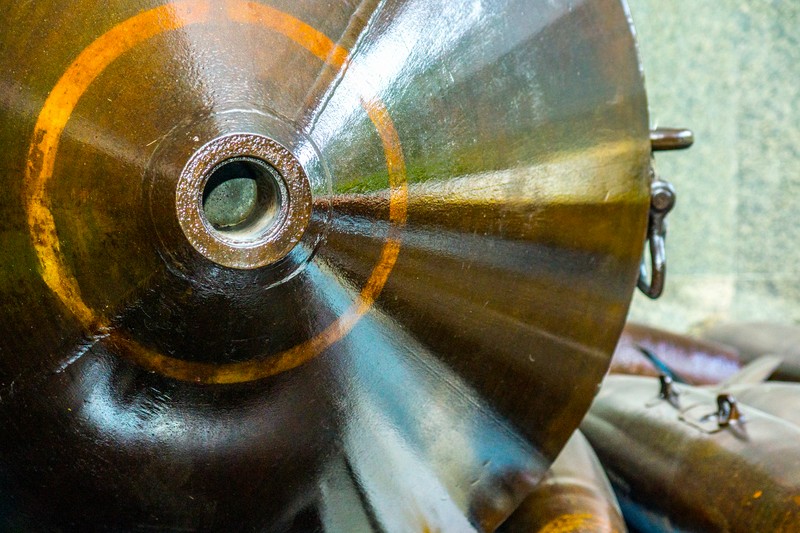 Inside this community, the bomb sawyers have developed their own work order and production line. Where a few still prefer to do things by themselves, most bomb sawyer families tend to pool their resources and divide the work and the earnings accordingly. Young men are typically in charge of foraging nearby wooded areas to scavenge for bombs buried in the soil with community- owned metal detectors. Middle-age women catalogue and categorize their finds into classes and danger level. Old people work on de-shelling and disassembling dud artilleries. The most dangerous job – the actual sawing and splitting warheads and unexploded bombs – are left to middle-aged men, usually heads of families. The safest job, cleaning and organizing disassembled artilleries and fetching things, is always left to the youngest of the community who still have a future and other career options to look forward to. For a hard day’s work, each person in the community earns roughly VND100,000, a similar wage for a new college graduate in big cities like Ho Chi Minh City or Hanoi.

Tam, well into her 40s, works on de-shelling old ballistic missiles. Her children, who are close to entering college, help with the family finance by working in the community scavenging team. “I probably will do this for the rest of my life… or at least until there are no more dud bombs in our soil. But I want my kids to go to college and get some other job that doesn’t require them to flirt with death for rice every day.”