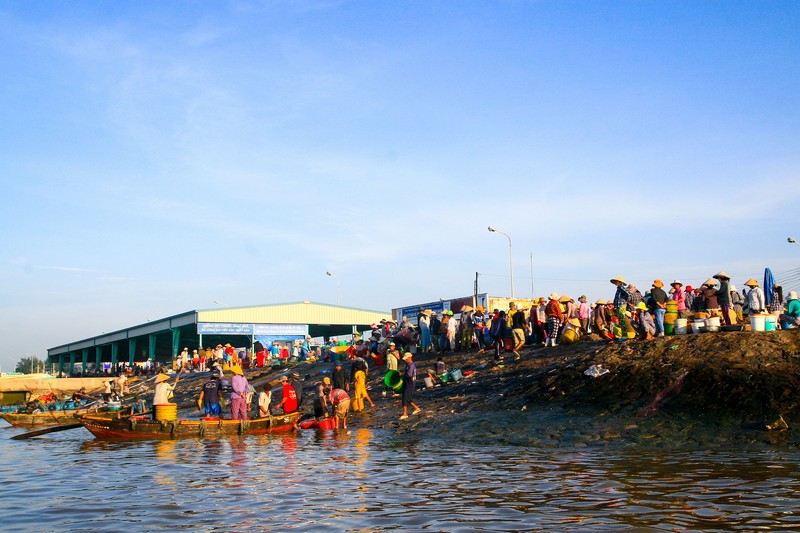 The Fishermen of Mui Ne

Meaning “cape of escape,” Mui Ne has long been a hub for fishermen using either side of the promontory to find safe harbor from bad weather. Launching small boats and coracles headlong into the waves, they make their living from what the sea provides. A shantytown of makeshift huts, cafes and ragtag convenience stores caters to the fishermen who are here just for the season. Waiting for his crew to assemble, Tam, 42, speaks about life on the sea.

“I started fishing when I was 17. When I first started, I thought it was a great job, not like the farming work I did before where it was backbreaking work and you only got paid at the end of every harvest. Here, you go out in the afternoon, come back in the morning, and you get paid right away because there are always buyers waiting on the beach to take whatever we catch. Sometimes we bring in VND3 million – VND5 million worth of seafood. On a lucky night, we might even bring in VND9 million – VND10 million. Two million goes to the boat owner right off the bat for expenses and what’s left is divided into two: one part for the owner and the second part is split between the rest of the crew. I used to work on some of the bigger boats where we’d be out for weeks at a time, but my back started hurting. Bigger boats mean bigger, heavier equipment. I stayed home for a few months to rest, but staying home means no income, so I started up again going out with the smaller boats. Sometimes it’s scary. I remember one time we got caught in an F5 storm and it took us hours to get back to shore. That was the one time I thought I might die. But nowadays, it’s rare to be caught out like that with the more accurate weather forecasts. I mean, it’s better to be safe than sorry. It’s not worth your life.

“The work isn’t so hard. We work with 15m-long nets which drag along the sea floor. We’ll leave them in the water for about three hours each time. We rest in between, and then we haul them up. Sometimes we’ll catch 100kg or even a ton of squid, small shrimp and fish. There are lots of boats that go out, but the ocean is vast, so it’s like cars driving on the highway – we learn to stay out of each other’s way. Every boat’s different, too. The coracles go out for the night and come back early. Our small boat goes out at about 3 in the afternoon and gets in at around 7 am. We’ll spend an hour or two sorting out the nets, mending them and doing other types of maintenance, and then you get to go home. It’s not a bad life, but my son is now 17, the same age as me when I started and I’d never let him do this. I’m not sure there’s a future in it.” 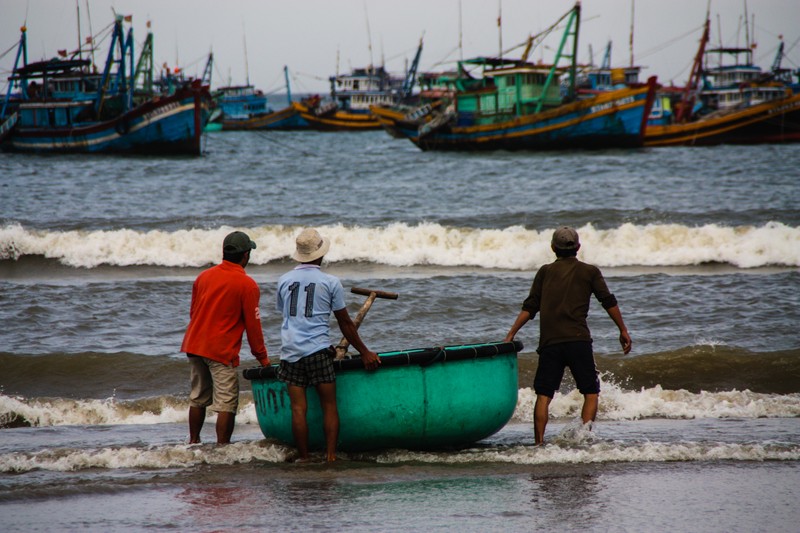 All along the beaches and banks around Mui Ne, fish brokers congregate to play middleman between the fishermen and the market stalls. They patiently wait, scales at the ready, to trade in whatever the day’s catch is. Tam Teo, 50, is one such fish broker.

“My day starts out at 2 am when I’ll make the rounds and go wherever the fishermen come in – the beaches, rivers and markets. You never know what you’re going to get from day to day. It all depends on the ocean. Some days, there’s nothing. Last night, there were a lot of waves, so today, it’s just been little crabs. There’s not much profit in them. I bought these for VND10,000 a kilo and I’ll sort them out by size. The little ones fetch VND15,000 a kilo for people to pickle or salt. The bigger ones can be steamed and they’ll go for VND35,000 – VND40,000. It’s not much, but it’ll be enough to pay for my gas and some food. My dad used to be a fisherman, so I’ve been around the sea all my life. It’s not for me, though. One time, I went out on a fishing boat and panicked because I couldn’t see any houses or land, just the ocean in every direction. It was too big. I need the ground under my feet. 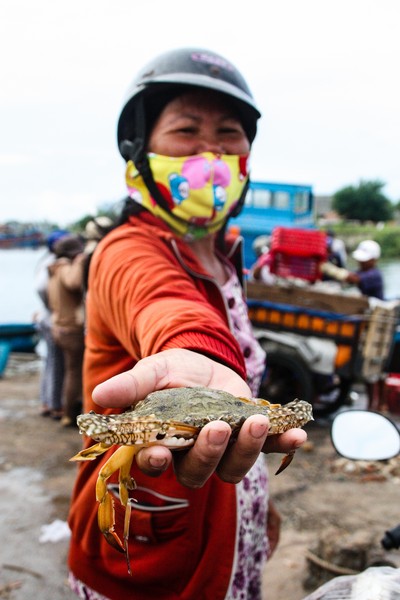 “Fishing is a hard life. Everyone knows someone who’s disappeared on the sea, their bodies never having been found. When my father saw it was getting hard, he quit. He said you never know when you’re going to die. It was hard as a kid whenever he’d be out fishing. We’d be sitting at home wondering how he was doing and whether he’d come home safely. The fishing industry now is too modern, they’re catching too much. Our resources are dwindling. If the fishing industry dies out one day here, I’m not sure that I’d be sad because there’s nothing joyful about it. None of my brothers followed in my father’s footsteps; they mainly work for the government. My son is in 8th grade now and I want him to get a desk job. But for me, I’ll stick with this until I’m old. When I think of working in an office, I feel sick. With this, I’m my own boss. I can stay home and sleep whenever I want. I don’t have to think a lot and get headaches. Here, you say what you’re thinking and do what you want. It’s not a great life, but it’s my life.” 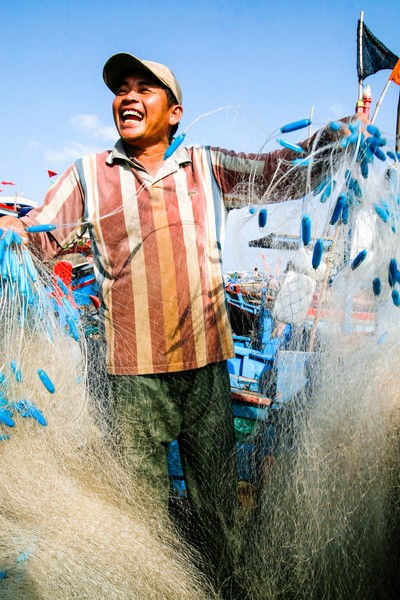