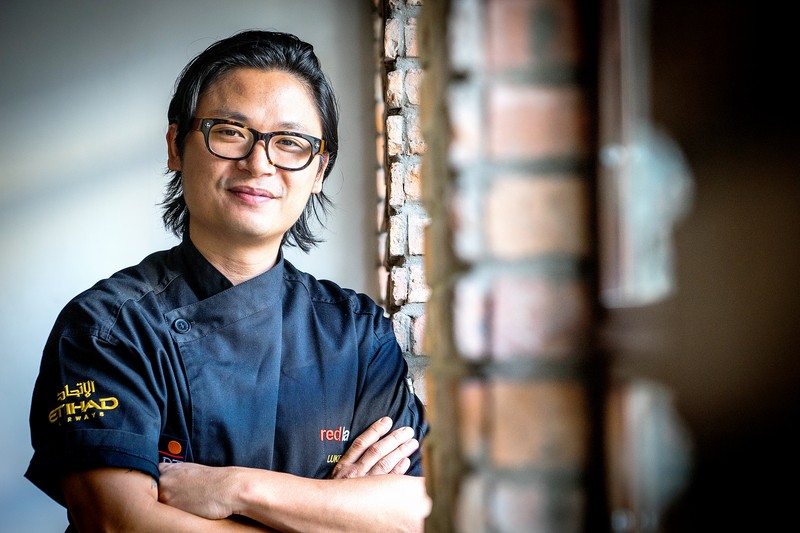 Luke Nguyen is everywhere. The Vietnamese-Australian chef has had three television series, multiple cookbooks, runs two restaurants (in Sydney and Brisbane), makes appearances on MasterChef Australia and MasterChef Vietnam, leads culinary tours, is a cheffing ambassador for a luxury cruise line, and has opened a cooking studio in Ho Chi Minh City. Oh, and he’s the recent father of twin boys.

Born in a Thai refugee camp, Luke grew up in Australia, helping out with his parents’ pho restaurant as a kid before joining the restaurant business himself. Along the way came books, TV and popularity in the vein of mainstream Asian chefs like Martin Yan and Jack Lee, but whatever you do, don’t call him a celebrity. “I kind of go ewww when people call me a celebrity,” says Luke. “I cook at home. I cook in a restaurant. And sometimes I cook in front of a camera. That’s it. Maybe it’s the down-to-earth Aussie in me. But I’d rather be teaching people how to cook or taking people to eat street food than to always be in the spotlight.” That’s not to say Luke doesn’t enjoy using his influence to further his mission of helping Vietnamese cuisine take its rightful place on the world food scene. 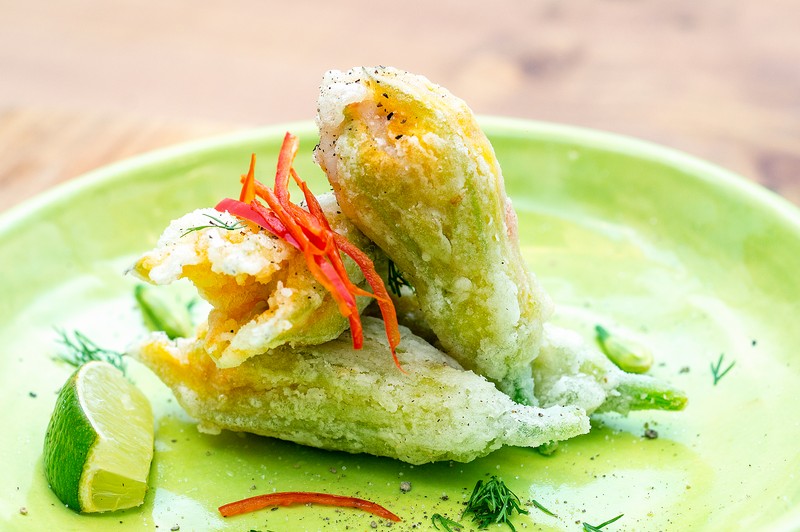 There are stories of you working pretty hard as a kid at your parents’ restaurant. How did that shape who you are today?

It was hard. No kid wants to work 24/7, but I learned a lot from it. Coming from a refugee boat family, we worked hard. My parents didn’t have anything. They had to have multiple businesses to survive. That’s why I’m doing so many different things now because my work ethic is strong. Also, when my parents sent me out to shop and I came back with pretty average ingredients, they’d go back to the seller and say, “Why did you sell my son these bad ingredients?” [laughs] From that, I learned every day to seek the best of the best of the best. My parents taught me about the best produce, the balance of Vietnamese flavors and about hard work.

Vietnamese food isn’t viewed on the same level as Japanese, Thai or even Chinese around the world. Why do you think that is?

Yeah, it’s seen as a cheap meal. My parents’ generation had their $5 pho restaurant, but if we all continue to open that kind of restaurant, [Vietnamese food] isn’t going to get anywhere. I had a struggle when I opened Red Lantern [Luke’s acclaimed Sydney restaurant], using premium products like Australian wagyu and organic produce to bring Vietnamese food to another level where people could match food with wine and take Vietnamese cuisine seriously.

Unfortunately, Vietnamese food was always perceived as being cheap, and people were asking, “Why should I pay $17 for a plate of Vietnamese food?” That’s the perception I want to change. It starts with paying for and using good ingredients to get a better product. 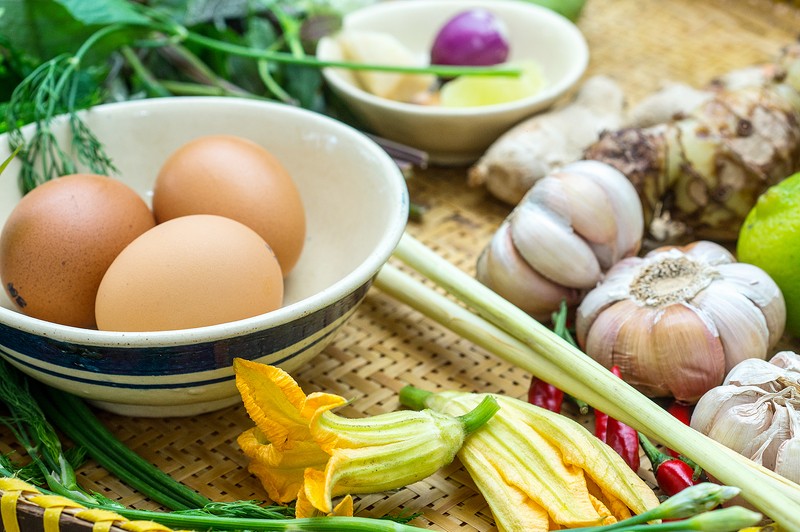 Is that the challenge? Changing people’s misconception about Vietnamese food?

It’s not even a misconception, but that they have no idea what Vietnamese food is. For example, people will eat a lotus stem salad and go, “Jeez, this is so bloody good” but have no idea what’s in it. I’ll have to explain that it’s the stem, not the root, combined with all these different herbs, then explain what those herbs are good for, their medicinal qualities. Then talk about what goes into the dressing and what fish sauce is, how it’s made and what makes for a good fish sauce. People will walk into GRAIN at 9 am and see fish sauce in test tubes for them to taste. We do taste tests for olive oil and wines, so why not fish sauce? An Italian cook will pay $20 a bottle for extra virgin olive oil, so people also need to understand why they should pay for the good fish sauce and how to use it. That’s demystifying Vietnamese cuisine – helping people understand the ingredients and what makes Vietnamese food great.

What’s your favorite food trend at the moment?

I love what’s happening with food now. People are understanding regions of cuisine. Instead of saying, “Let’s have Chinese food,” people are wanting to try Sichuan or Shanghainese or Yunnanese. That’s happening in Vietnam, too, which I really like. Also, people are getting down to the simplicity of food and the stories behind it. A dish might not just taste good but it’s been perfected for 40 years and there’s a history behind it as well as who’s cooking it. It’s about the vendor and his or her story.

In Luke Nguyen’s Vietnam, you talk a lot about the stories behind Vietnamese food. Do you ever get backlash from local Vietnamese for trying to teach them about their own food?

I’m really lucky that I’ve never had that issue. Food is such a big part of the culture here that people embrace it. What I love about Vietnam is that if you have a passion for food, there’s an instant connection. If you have that love, drive and interest, local cooks and street vendors are willing to share. To be honest, though, I’ve traveled more of Vietnam than any Vietnamese I’ve met. I’ve done 15 years of research and documented all those regional dishes in my books. 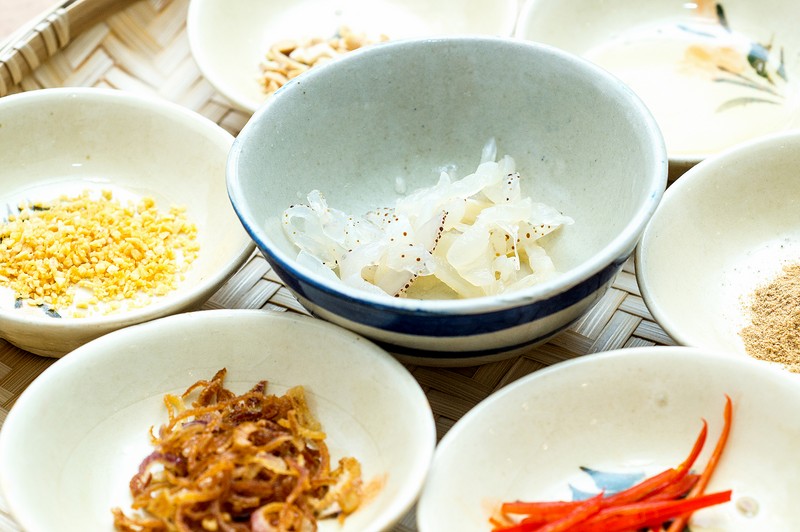 What’s been your biggest takeaway from studying Vietnamese food?

For me, Vietnamese food is the product of a thousand years of Chinese rule and almost 100 years of French colonization. We have big culinary countries as neighbors in Thailand, China, Burma and Laos, so it’s a fantastic melting pot of flavors. Throughout the years, we’ve refined our cuisine which is elegant, light, fresh and extremely well- balanced. Thai food is big, bold, spicy and punchy. Vietnamese food has all those elements but toned down a little bit. I think Vietnamese food is the most refined of Southeast Asian cuisines, so it’s open to many palates around the world.

Your dishes don’t always stick to the traditional methods, though.

Some people will eat my food and say, “That’s not traditional grandmother-style.” No, it’s not. I think it’s up to the next generation, our generation, to take that tradition, that authenticity and use our personality, our upbringing to change it a bit while keeping the fundamentals of Vietnamese cuisine. For instance, banh xeo is normally fried in oil in a wok. I cut that oil factor out by making it in a French crepe pan with no oil, making it healthier. Sure, that’s not how they do it, but why not try to make it better?