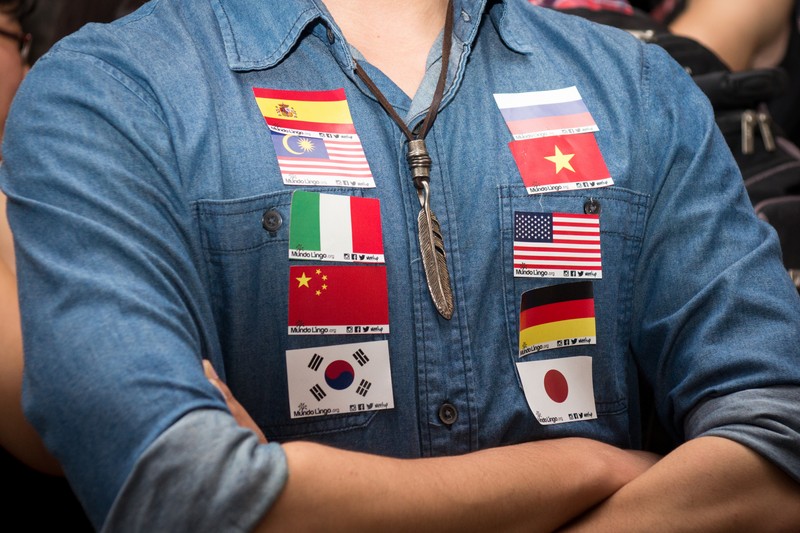 The Language of Friendship

It’s just after 7pm on a Tuesday night and two giggly 20-somethings nervously walk up to a small desk in front of the narrow Cube Bar (31B Ly Tu Trong, D1; free; 7pm every Tuesday) in downtown HCMC. They pick out some flag stickers, adjust their outfits and plunge into the animated crowd. This is Mundo Lingo.

Started in 2011 by sociologist and entrepreneur Ben Moreira in Buenos Aires, the language social events put on by Mundo Lingo have now been franchised to 14 cities on five continents, from Montreal to Melbourne, from Cologne to Copenhagen. At heart, the organization aims to promote stronger ties between locals and foreigners through language exchange based on the principles of total inclusivity (all ages, nationalities and language levels welcome), not-for-profit (free of charge, no registration, no outside marketing) and consistency (same place, same time, every week.) 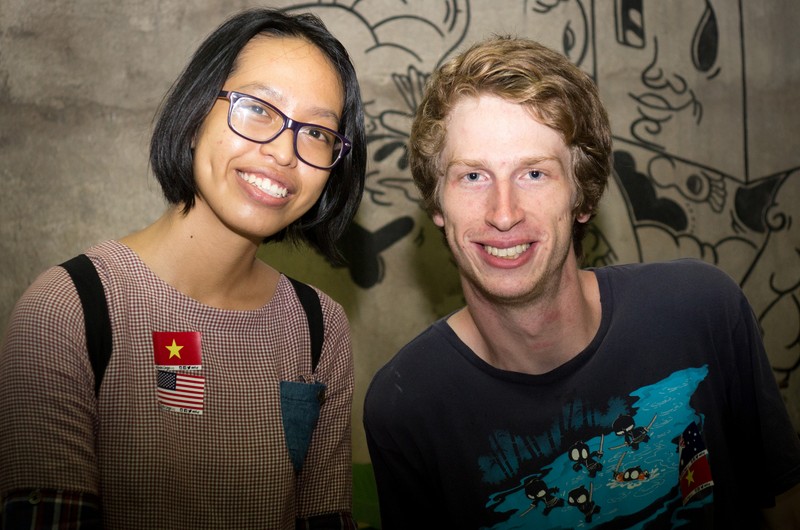 Tonight, the organizer of the Saigon chapter, Ciaran Dwyer, is manning the welcome desk, explaining the protocol to some Mundo Lingo newbies: place a sticker of your native flag on your chest with other flags below in descending order of language ability; stand up to show you’re willing to meet new people, sit for a private conversation; welcome others into your conversations as they will welcome you. “How about providing a question of the night?” suggests Kyle, a Los Angeleno who’s only been in Vietnam two days and found Mundo Lingo via the CouchSurfing website.

Tall and slightly gawky to the point of being endearingly socially awkward, Ciaran, 21, recalls his first Mundo Lingo experience in Melbourne: “I saw people going on Facebook and went by myself. I was super shy. That first night, I literally didn’t talk to anyone. I wasn’t really open to it. That kind of describes me a bit socially. But the second time, I saw the flags as an ice breaker. You’ve got to be willing to make that first connection, be willing to smile back. These Mundo Lingo events give you an opportunity to interact with people. Now, I actually go around and introduce people!” 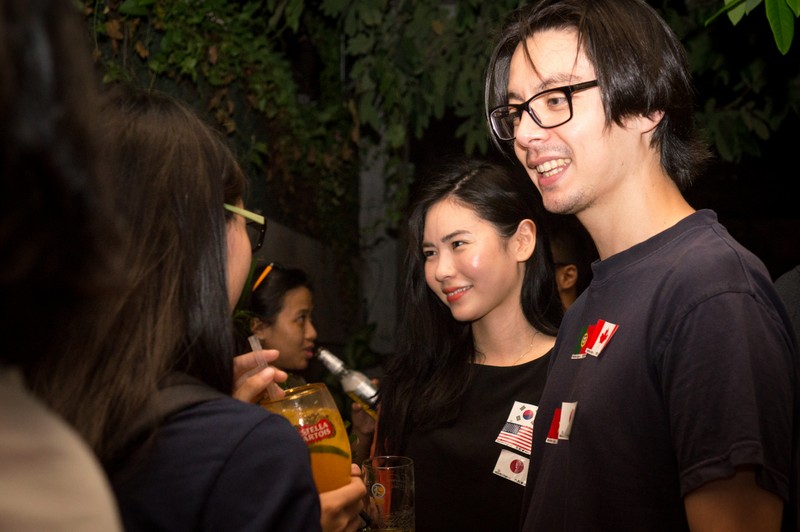 With its very first Saigon event organized in mid-November, tonight’s outing draws a crowd of about a hundred split at around 60-40 Vietnamese to foreigners, with most of the locals being university students. “I tell people that it’s like an English Club,” says Saigon co-organizer Mai Tran, an English major in her final year. “Everyone’s really sociable. All you have to do is walk up and say ‘hi’”. Through frequent hosting of CouchSurfers, Mai is comfortable around foreigners, but says she knows it’s not the same for most Vietnamese who have little opportunity to speak English.

Towards the back of the bar, a salmagundi of people are seated around one of the few tables available (the venue was chosen partially for its lack of seating). Among them are a Vietnamese life coach who majored in Business and Yoga abroad, two uni students looking to practice their Japanese and a few Westerners learning Vietnamese. “What do you do when you have free time?”, the life coach asks one of the foreigners who’s only been in Vietnam two months. He answers back in broken Vietnamese and the locals clap enthusiastically. “Wow! You’re a DJ!” they exclaim. “No! No! Toi thich di choi,” he enunciates to a burst of laughter as everyone realizes the misunderstanding. 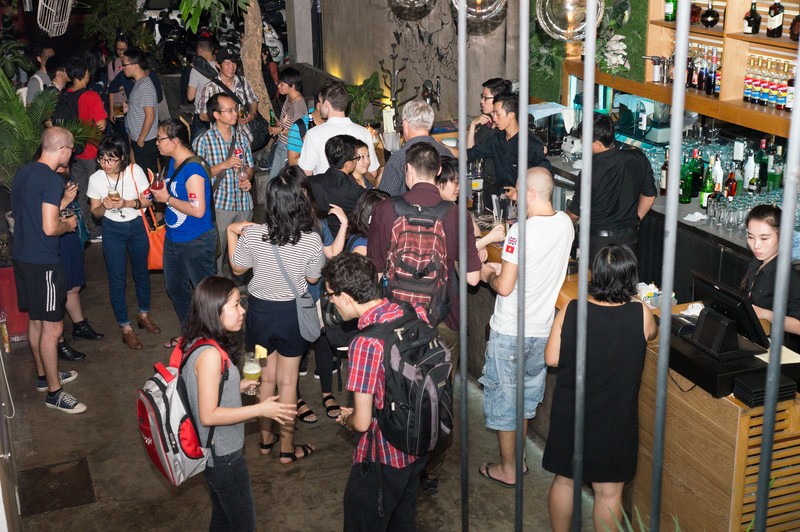 “There are lots of Vietnamese who want to practice English, but there aren’t a lot of places where foreigners can practice Vietnamese,” says Ciaran. But he’s quick to point out that the organization is more than simply a place to practice languages. “The face of Mundo Lingo is the language exchange, but it’s more about becoming a community. That’s been one of the hardest things to convey. The tagline for Mundo Lingo is ‘language and cultural exchange’ which sounds airy but there’s not many words to describe what it really is which is a space for people to just come and talk. There are other events and meetups out there, but they’re irregular. The Mundo Lingo staple is that it’s the same place, same time, every week, whether it’s Christmas or World Cup Finals, we’re here. I think Saigon needs something like this. When people arrive in Vietnam, they’re looking for a way to meet locals and other people in their situation who don’t really know what’s going on. Here, there’s no registration, no sign up. The idea is so simple and I’m excited by simple ideas.”

“Just open your mind to it,” adds Mai. “Come join the event. It’s like a village. Everyone knows each other and everyone can be friends.”

Tip: Get there between 7pm-9pm for excellent VND60,000 cocktails and snack specials