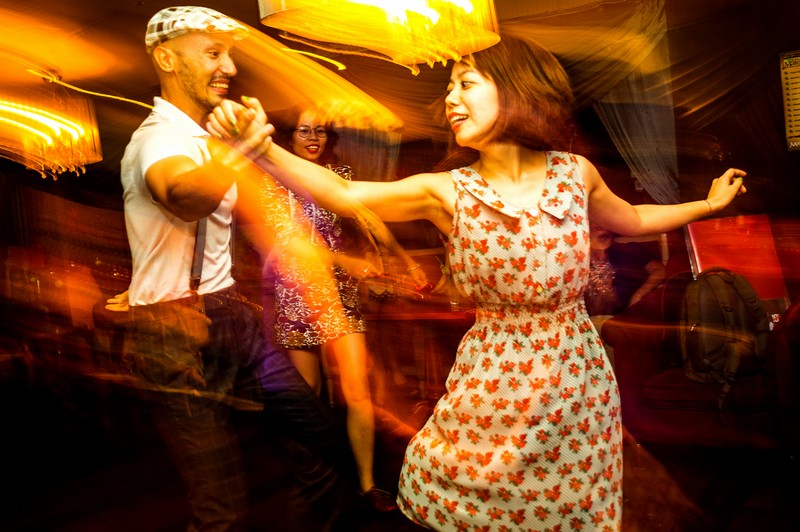 All the Cats Join In

A little bit of Swing, a whole lotta fun

Swing music began in 1930s America and swiftly took the world by storm. The associated dance actually had older roots, in the jitterbug music of the 1920s African American dance scene, which then developed alongside the big sounds of bandleaders such as Cab Calloway.

Swing is experiencing a newfound popularity in Asia, with many students returning from studying abroad bringing back a passion for vintage style and hot jazz tunes. Thuy Uong first got involved with swing dancing nearly a decade ago when she met Michele Toso, a French-Canadian involved in swing dancing clubs across Southeast Asia. Michele ended his involvement in 2010 but Thuy, and her partners Ben West, Stéphane Laporte, and Haley Bartar, have kept Saigon Swing Cats alive and jiving ever since.

“I just really love the music of that era, great songs like Jumping at the Woodside, New Baby C Jam Blues, and charismatic leaders like Count Basie,” says Thuy. “A lot of people in Vietnam when they think jazz they think lounge music, candlelit dinners, but swing is just so joyful! One of my favorites is All the Cats Join In by Benny Goodman and his Orchestra. It’s such an approachable tune, fantastic for getting newcomers involved.” 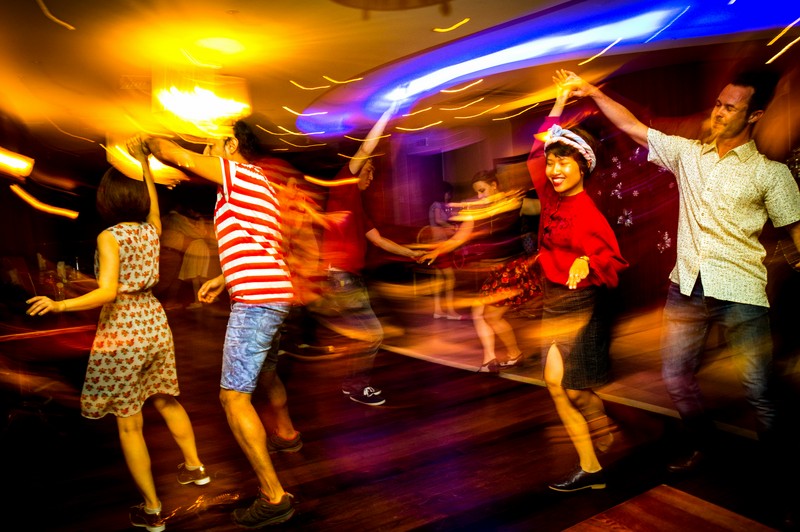 While you aren’t expected to turn up to your first rehearsal in a full zoot suit, the club does insist on appropriate footwear for dancing, and encourages all members to dive into the snazzy style of the swing era. “Vintage style is really in vogue in Europe and America, but unfortunately we don’t have the same vintage stores over here; there’s a growing niche of vintage enthusiasts in Vietnam, but it’s still quite small,” says Thuy. What Vietnam does have, however, is a plethora of tailors. “We either get our clothes custom made or we look around flea markets. Shopping for trinkets is all part of the fun, it’s another hobby in itself! It’s great all dancing together, dressed up in lacey fashion and sharp shoes, and it’s quite a sight whenever we put on performances. Obviously that’s a lot of effort, so on our Wednesday and Sunday sessions we often have a particular theme we encourage people to wear more casually.”

“We do two or three big shows a year, our next one is for the British Business Group Vietnam Winter Ball, and we’ll be dancing a Christmas Charleston. We do a lot of collaborations with the Saigon Big Band and with other dance troupes. We have a good relationship with a number of cafés and bars, and will often put on smaller performances there, either to a backing band, or to music played over the speakers. The larger nights with a full backing band are great experiences, they really take you back to what it must have been like at the time. Swing is all about fun, and we also put on a lot of impromptu and improvised lunchtime sessions where we dance on the street or outside cafés.” 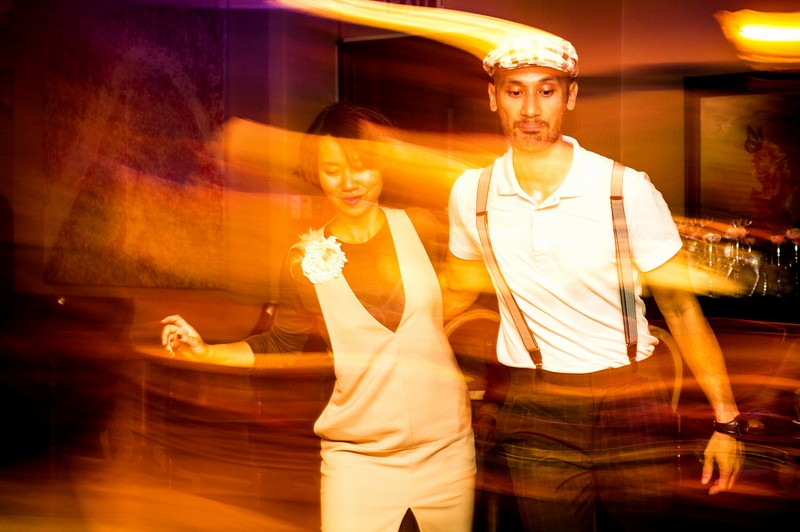 For the more adventurous devotees, the group also travels to weekend workshops across the region to learn under international instructors and share their love of swing with other like-minded dancers. “Hong Kong in particular has a lot of jazz bands, so there are some great events.” As an originally American phenomenon, swing is obviously most prominent in North America, and the biggest event Saigon Swing Cats has been to was one in New York. “It was a full week of swing, with over 3,000 attendees. There were workshops each day, with dancing in some of New York’s best bars at night.”

Saigon Swing Cats runs two classes a week to get you up to speed with the groove. You’ll be a “hepcat” in no time. “Our Swing 1 Class, taught by myself and Ben, runs each Tuesday from 7pm-8:30pm at La Habana, and will get you started in the basics of Swing Dance, setting you up for the Lindy Hop, Balboa and more,” Thuy continues. 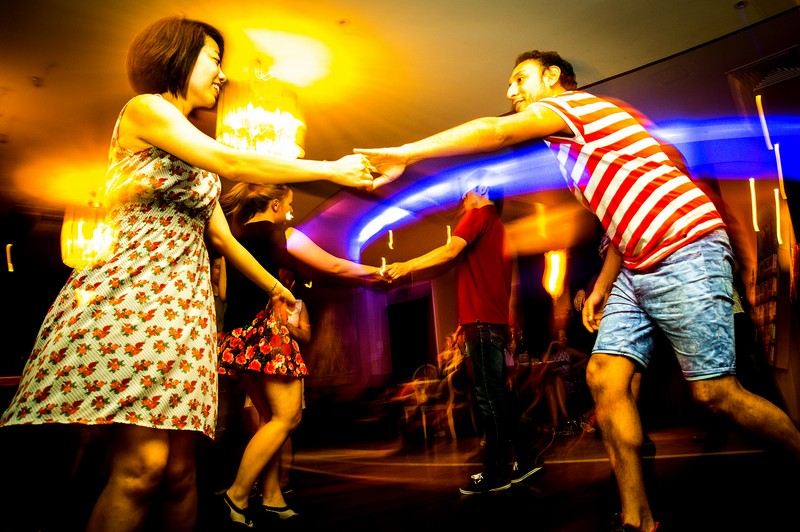 The more advanced Swing 2 class, run by Stéphane and Haley helps you to expand upon the basics, teaching cool variations on the Swing Out 8- count, how to switch from 6 to 8 counts, and many other tips and tricks including some awesome moves to spice up the inimitable Charleston. Swing 2 runs every Wednesday from 7pm-8:30pm at Caffe Molinari. The classes run for six weeks and are VND590,000 per person or VND900,000 per couple for the whole course. If you’re already confident in your ability to get down, then Saigon Swing Cats runs weekly social dances at the same venues. Wednesday’s social at Caffe Molinari runs between 8:30pm-11pm and costs VND75,000 for entry, while Sunday’s social, from 7pm-9pm at La Habana is free.

While the Swing scene isn’t quite as developed just yet in Saigon, Saigon Swing Cats is hoping to change that. In the words of Benny Goodman, “Swing ‘til the rafters ring, and all the cats join in!”