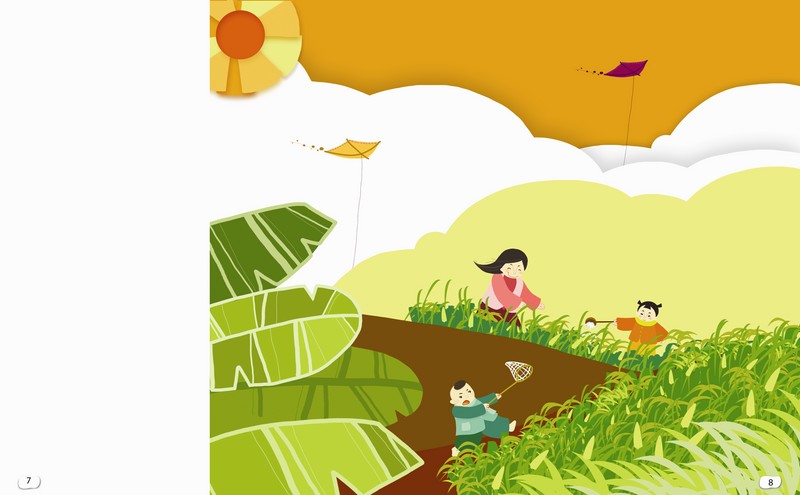 The Legend of the Tet Pole

Once upon a time in Vietnam, demons ruled the land. People had to work very hard for the Demon King, giving him a portion of their harvest every year. The Demon King noticed that the people were planting rice and eating the wonderful food at the tips. So one year, the Demon King said that he would take the tips of the rice plants and the humans could have the rest. When it came time to harvest, all the humans had left were the scraggly stalks and roots. The demons were fat and happy while the humans were reduced to skin and bones. 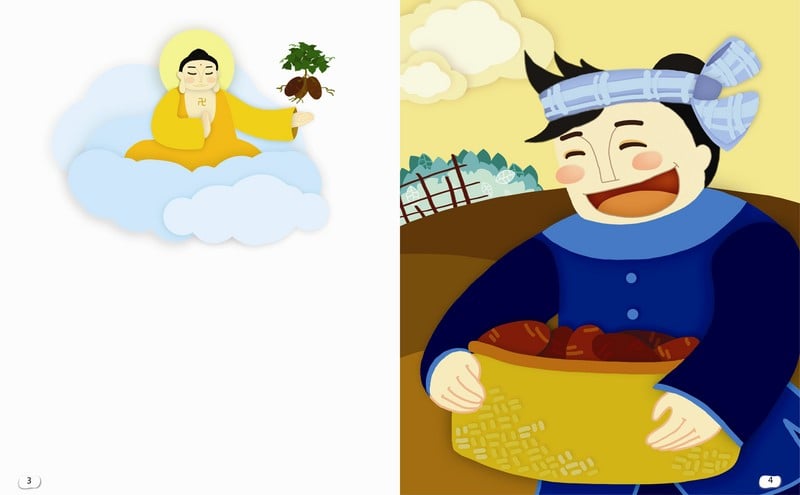 The kind Buddha wanted to help the humans against the cruel demons, so he told them to plant potatoes the next year. When the Demon King came to collect his tribute, all he got were the worthless vines and leaves while the humans feasted on the tubers below. The Demon King was furious, but a deal was a deal. He decreed that next year, the demons would take both the tips and the roots, thinking that whatever the humans planted, the demons were sure to get the best parts. 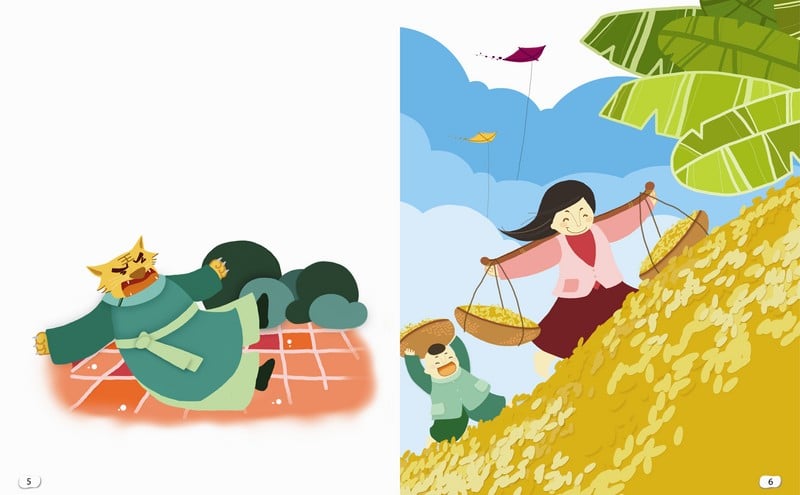 Again, the Buddha came to the humans and told them to plant corn instead. The humans listened to the Buddha and when harvest time came, they gave the Demon King the silky tips and the roots and kept the delicious hanging ears of corn for themselves. Seeing that he had been tricked again, the Demon King forbade the humans from planting anything the next year. 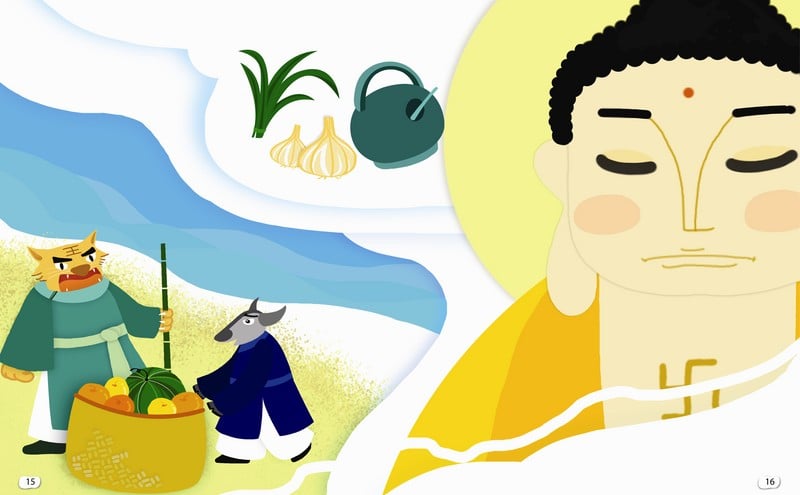 The people planted a bamboo plant and the Buddha created magic. He made the bamboo grow higher and higher towards the sun and the cloak expanded wider and wider. As the bamboo grew close to the sun, the cloak cast an ever wider shadow until it covered all of Vietnam. The demons had to retreat farther and farther back until there was nowhere to go but into the sea.

Seeing that they were thwarted, the demons regrouped and returned to take back the land. The war was fierce. But the Buddha helped the humans and they won many battles. The demons then sought to find out what the Buddha was afraid of. The Buddha let it be known that he was afraid of fruits, rice cakes and bananas. The Buddha also discovered that the demons were afraid of dog’s blood, pandan leaves, garlic and calcified lime.

In the next battle, the demons brought fruits, rice cakes and bananas and threw them at the Buddha. The Buddha instructed the humans to gather everything up as food and then chase the demons, sprinkling dog’s blood and throwing lime at them while whipping them with pandan leaves. The demons were again chased into the sea. Accepting defeat, they begged the Buddha to allow them to return to the land a few days every year to visit the graves of their ancestors. The merciful Buddha agreed. 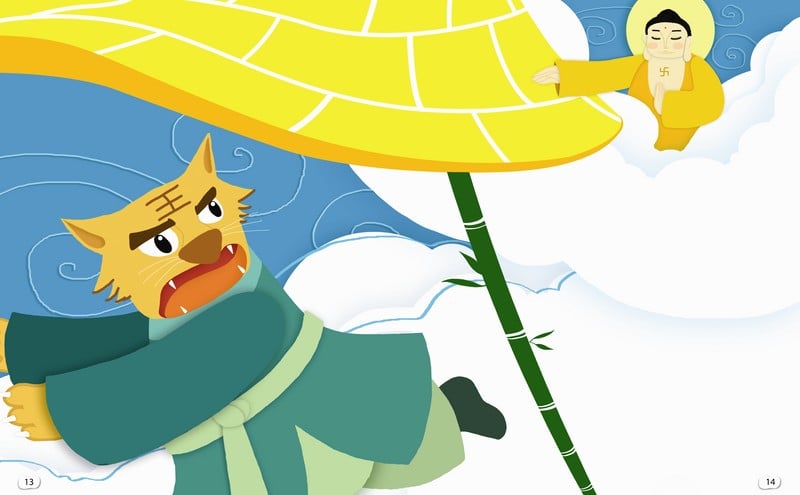 That is why, every year at Tet, people erect bamboo Tet poles with little bits of fabric, noisemakers and a few pandan leaves, to remind the demons not to encroach on the land of the humans.

BIO: “I like children’s stories,” says 23-year-old illustrator and web designer Thao Nguyen. “So I found a folktale that was cute but had a lot of meaning and was not well-known to most people.” Thao sketched out her illustrations of the Legend of the Tet Pole in pencil before scanning and adding colors and texture via computer. Her dream is to become a children’s book author and illustrator. “The world of children has so much color, fantasy and imagination,” says the Saigon-based illustrator who grew up in Ca Mau. “These types of stories are important for children to learn about Vietnamese culture. The more they know, the more open-minded they’ll be.” For more of Thao’s work, visit NDPThao on Behance.