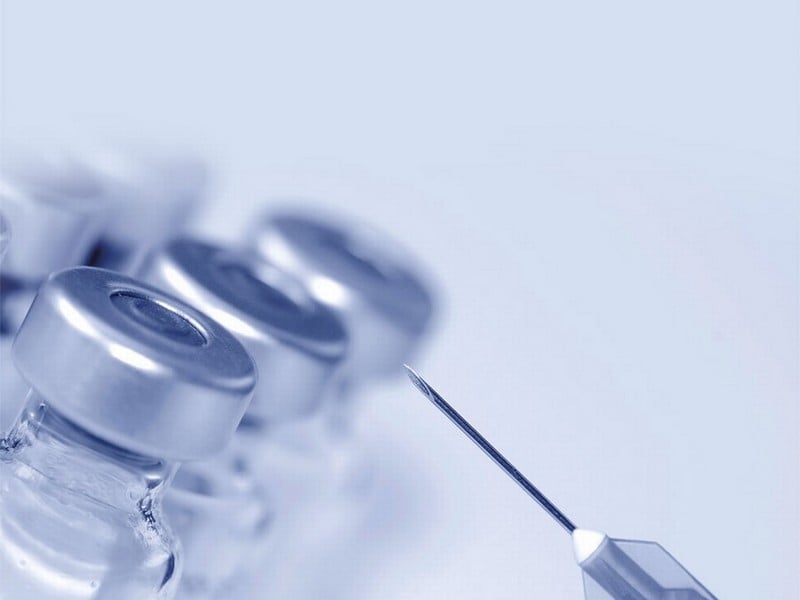 A Shot in the Dark

The ins and outs of vaccination for expat families

Some of the toughest issues for expat families in Ho Chi Minh City are those which would be non-issues back home. Your kids’ educational prospects become a complex puzzle; playing outside without worrying about the heat and air quality are a major headache; and things that would be dealt with automatically by the public system overseas are suddenly issues that require research and decision-making where none were needed before.

One of those issues is vaccination. As a parent in my home country, vaccinating my kids would simply be a matter of following the doctor’s schedule – I’d have no concerns about quality of care, it would be easy for me to find out which shots were due to be administered and on which dates, and I’d be reasonably confident that I wouldn’t completely mess it up. The opposite is true in Vietnam – I’ve no idea if the local clinics or vaccines are any good, no idea if I shouldn’t be taking my kids off to Singapore every six months for their boosters, and no idea if I’d be paying through the nose at an international clinic for the same thing that I could get at the local hospital for less than VND100,000. My fears of messing up my kids’ vaccination program and rendering them vulnerable to life-threatening diseases are suddenly not as close to zero here as they would be elsewhere.

Dr. Truong Hoang Quy and Dr. Jonathan Halevy, who practice pediatrics at Family Medical Practice, are quick to reassure parents in situations like mine. According to Dr. Quy, Vietnam’s 30-year old vaccination program is actually very good, generally administered according to the same international standards you’d expect in other countries. While some of the schedules vary in certain respects from those overseas – mainly because the risks of exposure to certain diseases are variously higher or lower here than they are abroad – they do have a very comprehensive, standardized program. 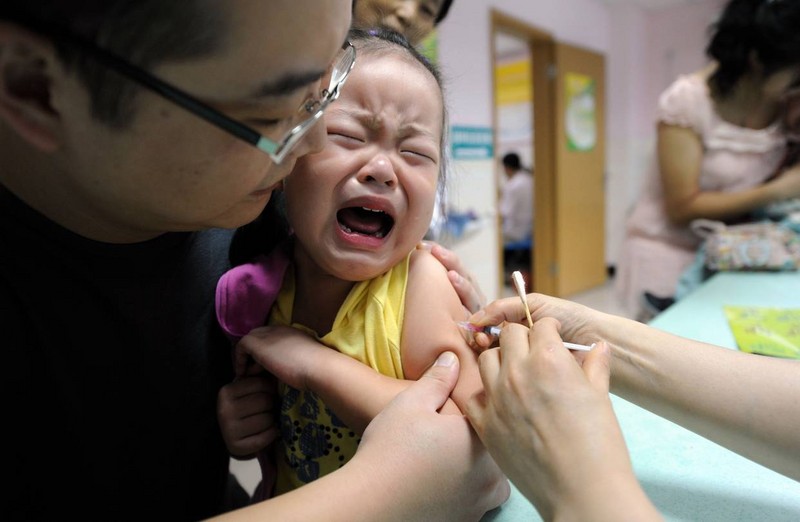 While that’s reassuring, a little Google research turns up some worrying figures. In 2013, there were several reports about babies dying hours after getting a Quinvaxem shot. There was a subsequent investigation by both the Vietnamese government and the WHO, and they concluded that the vaccine was safe – but after restarting the program, again there were reports of infant deaths.

Dr. Halevy is quick to put this in perspective. “The big issue about vaccination in Vietnam is not the vaccines themselves, but the safety issues in their administration,” he explains. “For example, if the vaccine was not kept in the proper way, or if the vaccine had expired when it was given. The 5-in-1 Quinvaxem issue became significant because at the time, there was a worldwide problem with the availability of Pentaxim, produced in France and Belgium. The authorities here had to use Quinvaxem, which contains a different kind of pertussis (whooping cough) vaccination, produced in Korea.”

“It might be related to the fact that the pertussis vaccines in new shots such as Pentaxim and Infanrix do not contain the whole bacteria, only certain molecules,” he says. “It’s known that the Korean vaccine contains the whole bacteria. It was used up to 20 years ago in all the countries in the world, but it was known to have more side effects – that’s why they came up with a new vaccine that has less. But if you look at the numbers, Quinvaxem was given to millions of kids in Vietnam. The reports were very scarce, so we’re talking about 0.0000-something percent of risk of death. Of course, the vaccine is very important to prevent the death of babies from pertussis. So if you take all these factors into consideration, the Quinvaxem is still a better solution than no vaccination.”

“When you look at the national view, the vaccine saves the lives of babies; it prevents pertussis from happening,” he says. “There’s always a tiny little risk in any medication you can get – even Tylenol can kill you. You need to take into consideration the side effects and the benefits of the vaccination – or the medication, or the medical procedure. Everything you do in medicine has two sides, it has benefits, it has side effects. You need to consider if the benefits outweigh the risks.”

It should be observed that problems associated with the subtleties of vaccine storage and delivery in Vietnam are mostly restricted to provincial areas. “I think that in most cases where there are side effects, it’s in remote areas, not in the center,” says Dr. Quy, “because it’s important that vaccines are stored in the fridge at two to eight degrees. So in mountainous areas, for example, sometimes the electricity is cut. It’s difficult to store vaccines properly in these conditions.”

While it’s safe enough to put your kids through their shots at a local clinic, there are some important differences between what is generally offered on the national program and what is available at an international clinic. Vaccines at some international medical centers may be more advanced than those offered locally – and sometimes there are nuances regarding certain vaccinations that local clinics may not necessarily pay attention to that may be dealt with more effectively at private clinics – it always pays to ask.

“If a new vaccine comes out, the Vietnamese administration has to conduct research and implement a ‘pilot’ or test in small groups of people,” explains Dr. Quy. “They have to make sure that the vaccine is suitable and safe for Vietnamese people.” While this is standard practice in any country, it’s common for these studies to take longer in Vietnam than they do elsewhere, meaning that newer, more effective vaccines will often take a few years before getting onto the national program.

With expats like myself, the problem is that we come from different countries, and different countries have different schedules. “It can be quite a mess,” says Dr. Halevy. “A lot of people don’t understand that when a certain country chooses which vaccinations to put on their program and which not, many times it’s not for medical reasons, but economic reasons. A certain country will decide not to put a hepatitis B vaccination on their program, not because it’s not necessary or not effective, but because economically, for that particular country, it’s not cost-effective. In certain countries, they don’t give BCG vaccinations for tuberculosis, because they have low risk, low exposure to TB – but in countries such as Vietnam and Thailand which are high risk, you need to have the BCG vaccination.”

As with anything difficult in Vietnam, part of the solution comes from being proactive. First of all, if you go to any clinic, you need to be sure that it’s working with an updated vaccination schedule. You need to be certain that the vaccinations they have cover both local and international requirements. If you live in the UK or in Germany your kids really won’t need a Japanese encephalitis vaccination, but if you live in Vietnam, it’s very important. You’ll also need to understand that there’s a difference between countries when it comes to vaccinations, so you need to be a little more flexible. Some parents decide that they’ll only follow their own country’s vaccination schedule, but the key message here is that because you live in a different country, there are different risks and requirements.

“One thing I always recommend to parents when they get a vaccination, is to make sure they get a stamp, not just write the date,” says Dr. Halevy. “Just writing the date, anybody can do that, so it’s not proof that a child got a vaccination. If they have a clinic stamp, I always recommend that they take their phone, take a picture of the book, and save it online. Expats tend to move from one country to the next, and they have a tendency to lose the vaccination records. It’s very important not only when you’re a kid, but when you’re an adult and you emigrate to another country or go to college or university, they always require an immunization record. A vaccination you get today, you might need proof of it 10, 20 years from now.”

With different needs for different expat families who need to be mindful of the fact that they’ll need to be immunized against two different exposure conditions – those of here and those back home – parents can still elect to vaccinate at local clinics and ask directly for vaccinations that are not prescribed at the national level.

The doctors’ own clinic follows a very similar schedule to the national recommendation. “We took the recommendation of the Center for Disease Control in the US, and we took the schedule in Canada, the WHO recommendations, and we created a standardized vaccination schedule,” says Dr. Halevy. “We took the vaccinations recommended specifically in Vietnam, such as typhoid, meningococcal, Japanese encephalitis and hepatitis A, and we added that to ours. So what you get here is very comprehensive.”

“We put a lot of emphasis on vaccinations,” he says, “because as pediatricians, preventative medicine is the major pillar of pediatrics. We emphasize vaccinations, regular checkups, developmental checkups – because when you detect problems earlier you can treat them earlier, and this will have better outcomes.”

All medical information provided in this article is for reference only. For medical advice for your children, always consult your family doctor.