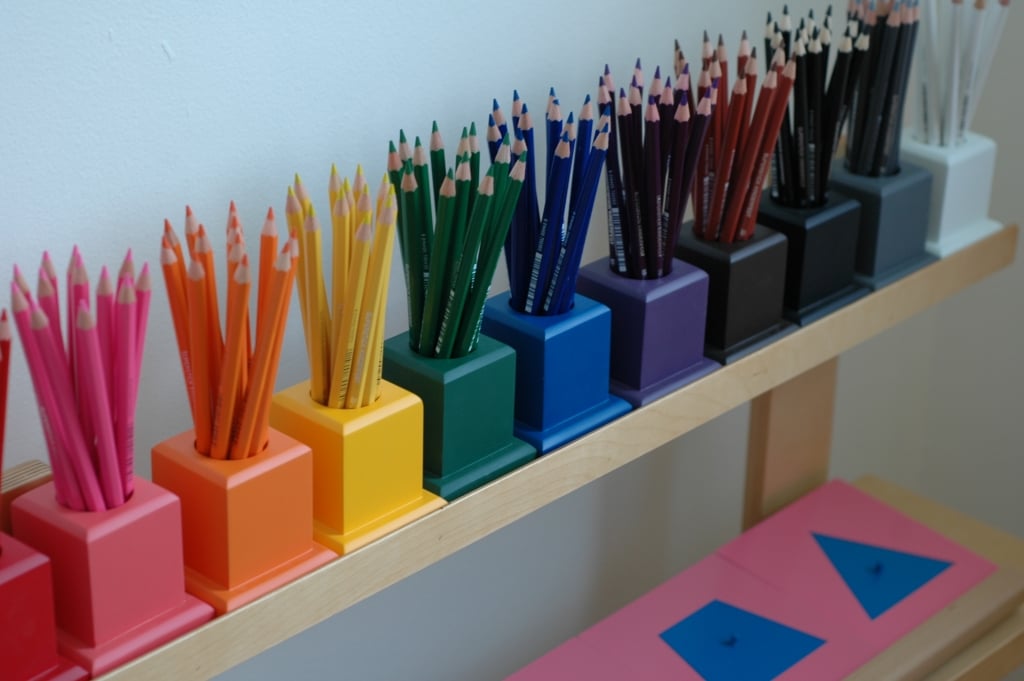 A fine line between imagination and fantasy

When it comes to Montessori, many parents who have been through the process of picking a school must have heard of it. It’s an education method designed by Italian physician Dr. Maria Montessori in the early 20th century. After her intensive observation on how children learned and developed, she developed a unique approach to teaching. Instead of teachers deciding what children should learn, Dr. Montessori materialized the learning content and let the child follow their interests and needs to choose what they want to work with. The main job of a Montessori teacher is to step back in order to follow the child, to observe and guide them to the materials that cater to their interests and developmental needs. The Montessori Method caught on throughout Europe, North America and Asia. In today’s conventional classroom, it is not uncommon to spot a Montessori-inspired material or activity.

After reading my brief summary of the Montessori Method, some of the parents out there may feel a bit uneasy – allowing the child to decide what to learn, isn’t it a bit wild? True, the Montessori Method is not for every child. As a Montessorian, I believe that every child is unique so that’s why Montessori lessons are usually very individualized. Children are just like seeds. Different seeds require different nutrients, or education methods. Here are a few major differences between the Montessori Method and conventional methods.

In Montessori, children choose an activity because they want to, not because they are asked to or that they will be rewarded. One fundamental guideline of the Montessori Method is to do the right thing at the right time. Dr. Montessori believed that a child has their own inner schedule to develop certain parts of their body and brain, which she called “Sensitive Periods.” And if the child is given the right stimulus, the child has a better chance to reach their utmost potential. That’s why Dr. Montessori urged Montessori teachers to follow the child, as the child’s choice of activities will reveal to us their inner schedule and thus Montessori teachers can guide the child to the right materials and stimulus. For the same reason, you will rarely see a Montessori teacher cheering “good job” or “well done” or giving out candies or stickers because we want the children to choose the activities because they are really interested in them, not because they want to get attention or rewards.

In Montessori, competition and correction from teachers are avoided, while cooperation and appreciation is encouraged. Every Montessori classroom is a community composed of children of different ages, doing a great variety of activities. An older child may show a younger child how to handle a material or a younger child might observe an older child working. Even if a child makes a mistake when working, thanks to the design of the materials, children are likely to notice the error themselves. One of the reasons why we avoid comparison among peers or correcting the child directly is that we want children to build confidence, to have the ability to self-correct and to learn from investigation.

In Montessori, there is a fine line between imagination and fantasy. You may find costumes of police officers or doctors in a Montessori classroom, but you will never find a Captain America costume. Yes, in children’s eyes, both police officers and Captain America fight bad guys but young children won’t understand that Captain America is not real. Both Superman and the Wright brothers can fly but Montessorians consider Superman as fantasy. While the Wright brothers used their aeronautical understanding to fly – that is imagination, which was based on real life. Some people think of Montessori as rigid but we do encourage children to use their imagination which is derived from their understanding of the real world, real life.

I’m happy to be a Montessori teacher and I don’t mind investing hours of my personal life to learn more about it, because that’s where my interests lie. So I believe that children are most happy and learn most efficiently when they are doing something they really like. However, in my years of teaching, I also see some children work better with competition or tangible rewards, that some children are more of a visual or auditory learner than one that learns through hands-on experiences, and that some children are so into Elsa that I had to make a milk carton ‘microphone’ for them to sing Let it Go!

Not everyone agrees with the Montessori Method but education is never one-man’s job. It takes the child, the parents, the family, the teachers and the school’s efforts to make it work. So when choosing an education method or a school, the best policy is to find one that both you and your child are happy with. Going for Montessori or not, it comes down to what is best for each child.