Director Courtney Marsh and Producer Jerry Franck on their 2016 Academy Award-nominated documentary Chau, Beyond the Lines

There’s a lot of warmth out there for American documentary Chau, Beyond the Lines, which picked up an Academy Award nomination earlier this year as the latest in a string of accolades for a film that has effectively bent the rules of its genre. Dealing with the human impact of the chemical defoliant Agent Orange – used extensively by the American military in parts of Vietnam during the wartime era – first-time filmmaker Courtney Marsh tells a moving story that avoids overdramatizing its own emotional material in focusing on the simple tale of one victim, born disabled after his mother was exposed to Agent Orange, and his undeterred objective to pursue a career in art. 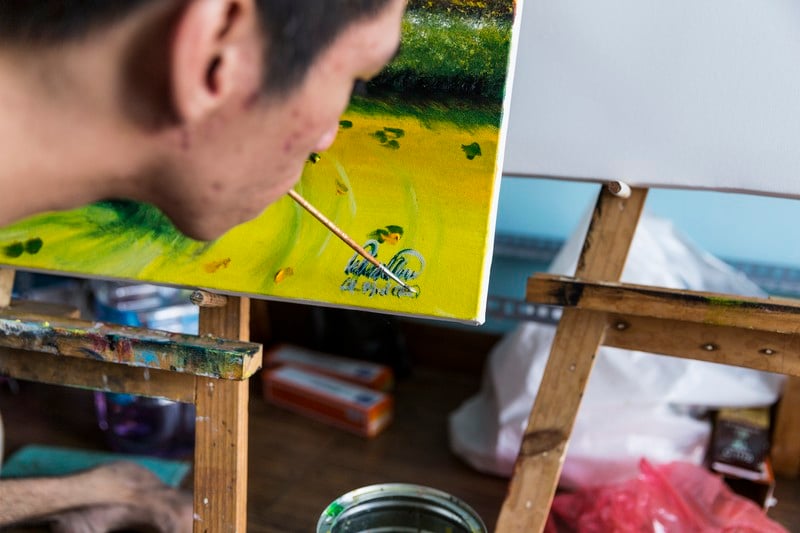 For Courtney, this storytelling strategy was a very conscious one. Early on in the production of the film – which wasn’t originally intended to touch on the issue of Agent Orange at all – she found herself gravitating toward telling a positive, inspiring story about children living in a disabled shelter without whitewashing or sugar-coating their situation. Her intention, it seems, has been to stand in contrast to films that paint a somewhat maudlin picture of their subject matter – something she feels can serve to alienate audiences.

“I personally don’t want to just present a hopeless scenario,” she explains. “People often do not respond positively or actively to those situations. I think positivity and hope breed active involvement and genuine concern. That is what I am after. Had I had the opportunity to tell those stories of the other kids in the camp, I would still have kept Chau as the center thread to the piece. His story is incredible and needed to be told.” 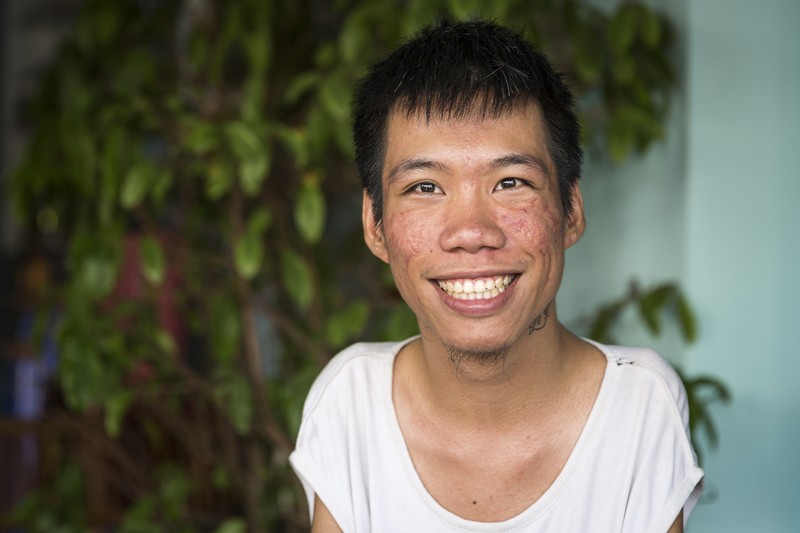 What is incredible about Chau’s story is exactly that which is most unexceptional about him – he is an ordinary human being who simply wants to follow his ambitions. Never having known a life without disability, it never seems to occur to Chau that his dreams are in any way unreasonable – he has an obvious talent as an artist, and can paint perfectly well by using a brush in his mouth – so he simply sees no barrier where others see an impossible road ahead.

“Many films have been made about Agent Orange, which continue to show these affected kids in a light of sadness, deep within the looming shadow of Agent Orange,” observes Courtney. “We can’t relate because most of us don’t know what being a disabled kid (oftentimes, orphan) growing up in a care center in Vietnam feels like. There is a major degree of separation. But when I stayed in the camp, I felt instantly connected to the kids – because that is what they were: kids. They laughed and played and fought and loved soccer. I could relate to all of those things.” 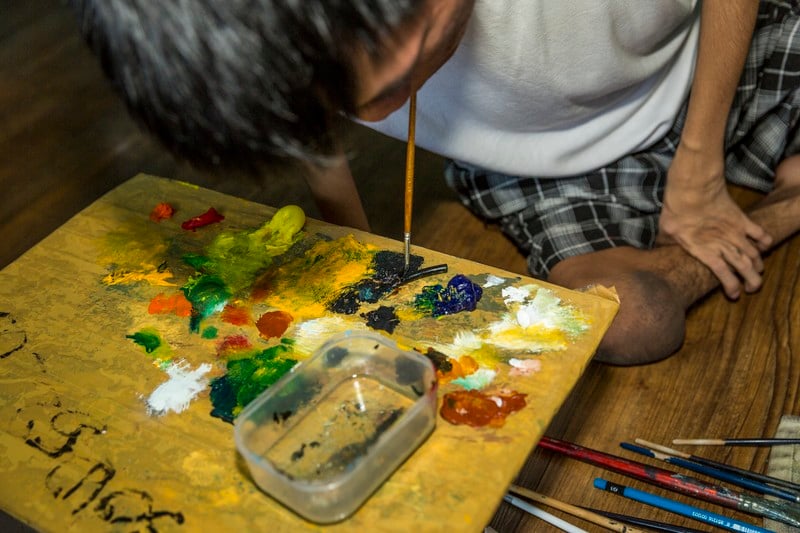 “In any film I make, I want to get to the core of someone,” she explains. “Despite our appearance, race, gender, religion, we are, at the end of the day, all people. By telling Chau’s personal journey, I think it strengthened the film because his story is universal and relatable. Chau follows the traditional arc of a literary hero: someone striving towards a worthy goal, overcoming seemingly insurmountable odds, all in order to achieve it.” 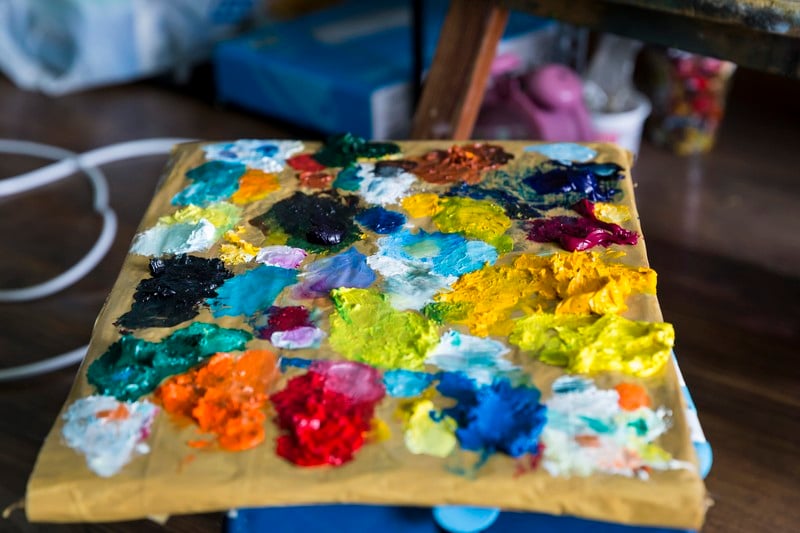 The film’s producer, Jerry Franck, joined the eight-year-long journey to document Chau’s life at the midway point while production was on hold following the filmmaker and her subject being temporarily out of touch. “When I saw the footage for the first time, I couldn’t believe what I was seeing,” he says. “Some scenes were very emotionally affecting because of the extreme nature of these disabilities. Once I started digging deeper, and Courtney would tell me a lot of the backstories, I got immediately interested in helping to see this through. It was personal because I felt that I could bring a new point of view to the project and that I needed to share it with the general public. Like myself, I quickly realized that most people didn’t know what Agent Orange was.” 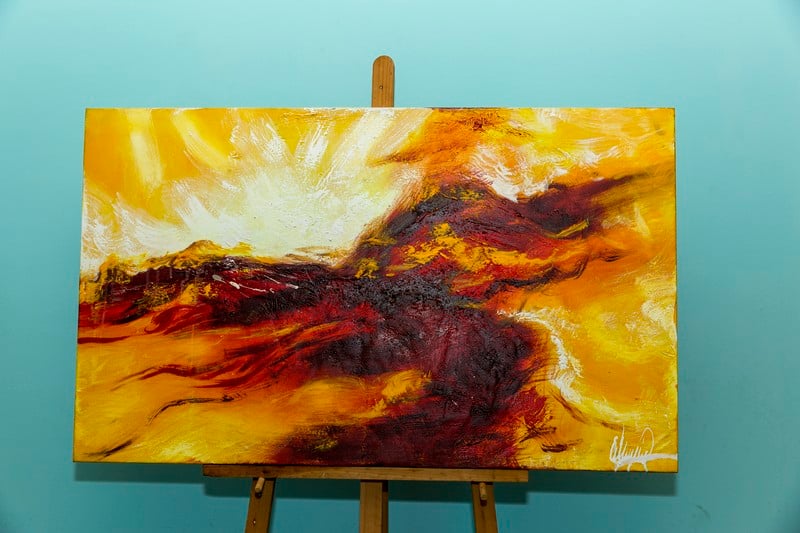 “We had secured a number of distribution deals before the Oscar Nomination already,” he continues, “which was a great confirmation that people responded well to the film. Once we did get nominated, the attention on it grew substantially, and it got us more distribution opportunities, mainly theatrically and also for the educational market.” 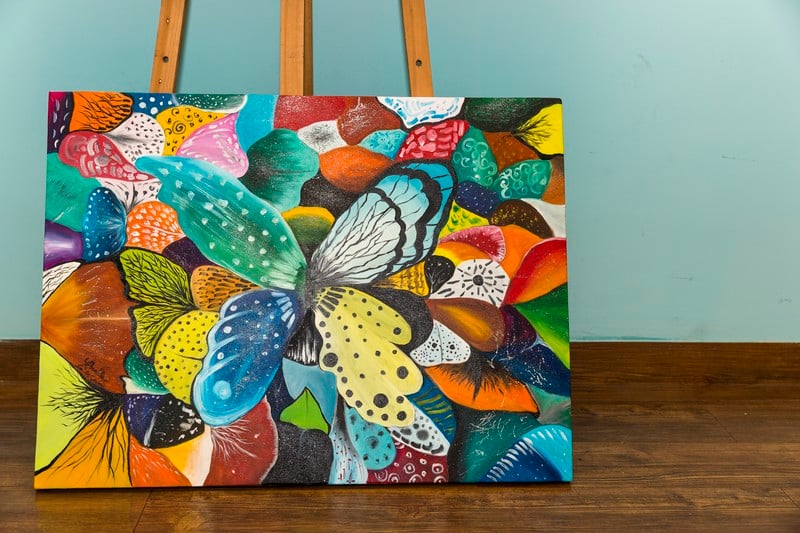 The overwhelmingly positive audience reaction to the film, culminating in the Oscar nomination, has not only catapulted both Chau and Courtney into the limelight, it has also drawn new attention to the Agent Orange issue. “On a completely tangible scale, the documentary has opened up numerous, countless doors for me as a filmmaker,” says Courtney, “from representation to new projects. On an intangible level, telling Chau’s story has really taught me confidence, perseverance and positivity. I used to be a more pessimistic person, but now I find myself always battling through negativity to get to where I need to be.” 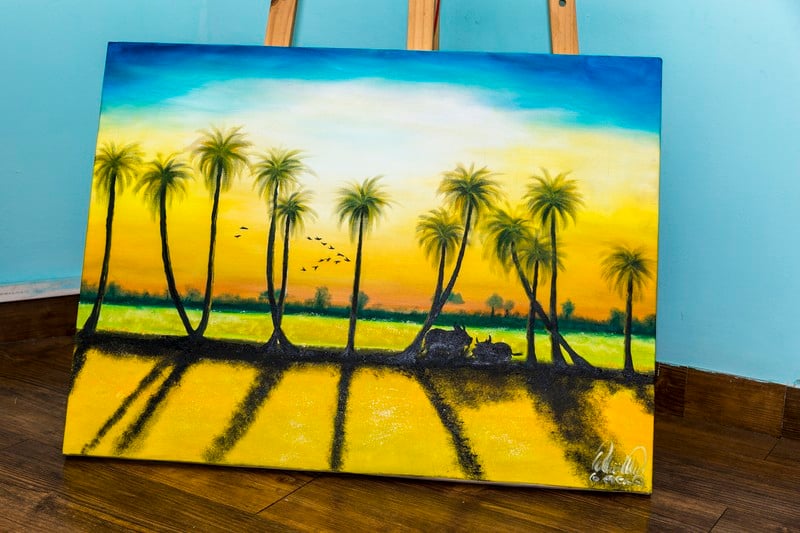 In terms of the cause, positivity is not inappropriate – the contamination in Vietnam is something that can be dealt with very efficiently by continuing cleanup efforts, something that Courtney hopes the film will draw attention to and perhaps garner further support for. “The cleanup is effective and will take a long time,” she says, “but Vietnam and the US are working together to do it. The biggest project is the Bien Hoa Airbase, which is just starting. Until then, people in Bien Hoa shouldn’t eat any fish or ducks from the lakes around the airbase.” 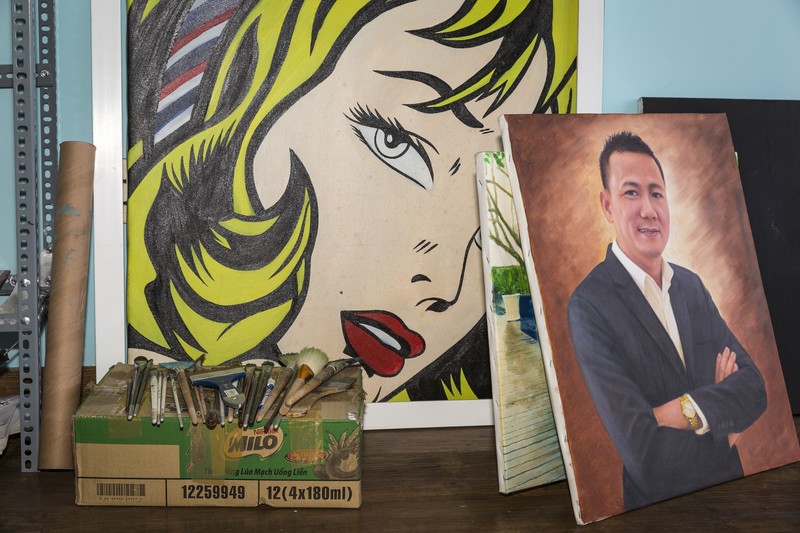 Although Courtney is reluctant to take any credit for Chau’s successes in the art career he built out of his own determination, the film’s reception has been instrumental in elevating Chau’s achievements, expanding the market for his artworks abroad. Chau now produces art from his own apartment in District 10, while Courtney and Jerry continue to work to augment the impact of the documentary.

“We are seeing this film through and want it to reach the maximum amount of people,” says Jerry. “A film usually only has a few years of intense life and then it slows down significantly, so we’re exploiting it to the best of our abilities.” Courtney, in the meantime, is currently developing her first feature-length narrative screenplay – the duo are hoping to go into production on that film within the next couple of years.