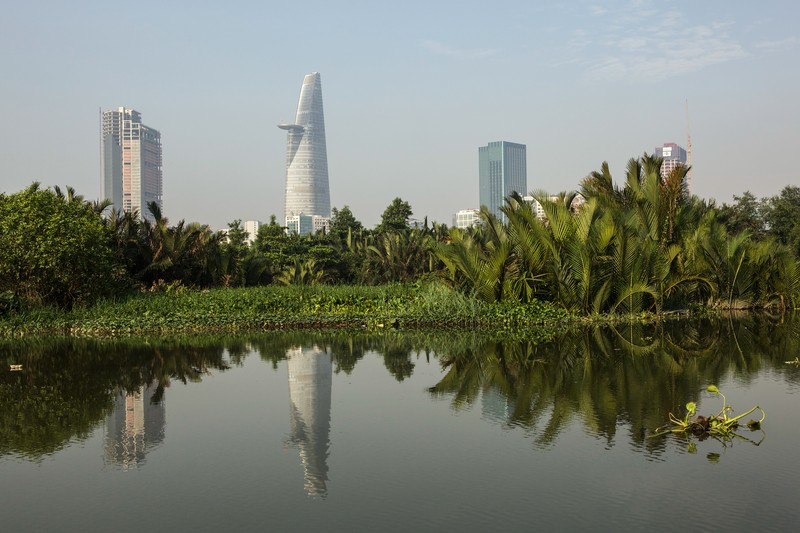 In less than a decade Ho Chi Minh City has transformed itself into Asia’s most dynamic boomtown. But in its dash to the future, will the city still called Saigon make room for its past?

Some might look around and say: ‘Saigon? More like Saigoing.’ This city, first named for a forest kingdom as part of the Khmer Empire, is today a concrete jungle. The newest buildings are eclipsing or uprooting the tallest remaining trees, and the forest now resides in gated areas. But what should one expect when the population grows faster than the trees?

My Saigon still has this forest. If only just barely. My windows look onto the zoo. It is the densest green patch of shade in the city proper. Between my window and the zoo skirts a canal that sucks in and spits out everything the Saigon River pulls along its current. I wake to the sounds of elephants and peacocks over banana boat engines and motorbikes loaded down with produce for the neighborhood market. Oh, and the disco-throbbing beats of grandmas morning exercise class. I pass the market on my way to work. It is my countryside village, with frogs being skinned, chickens being plucked, eels slithering out of shallow tin trays. Fetid smells of ripening clams and fruit mingle with garlic, lime, and fermented cabbage. Never is there less than a tangle of human voices, horns, and animal cries. It takes two minutes to cut through, but it lingers long in the mind’s eye. 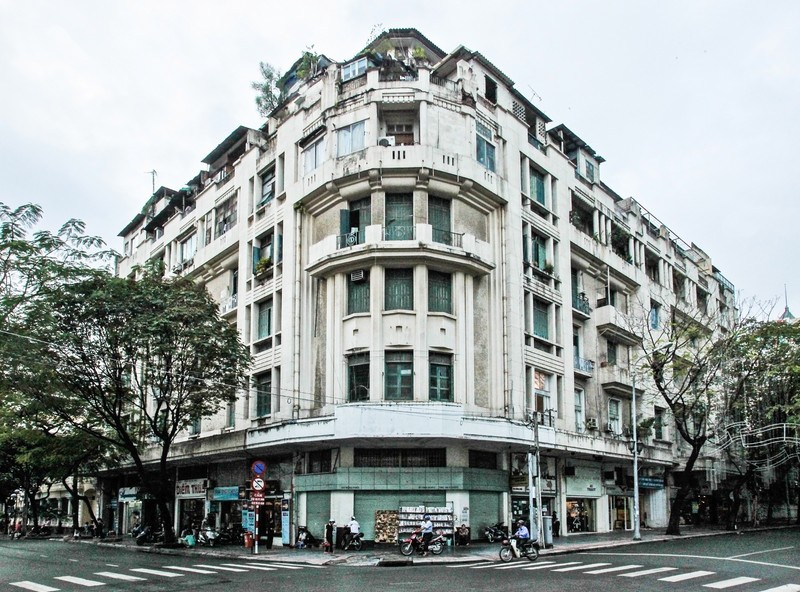 I can cut through the zoo to get to my office building, so I do. It is my jungle, with shafts of sunlight, wild plants, and somewhere a tiger lurking and a rhino hiding. Lurking tiger, hiding rhino. It is also my air filter, and the lungs of the area, and its overloaded state every weekend is a testimony to its precious value as a place of escape and rejuvenation. 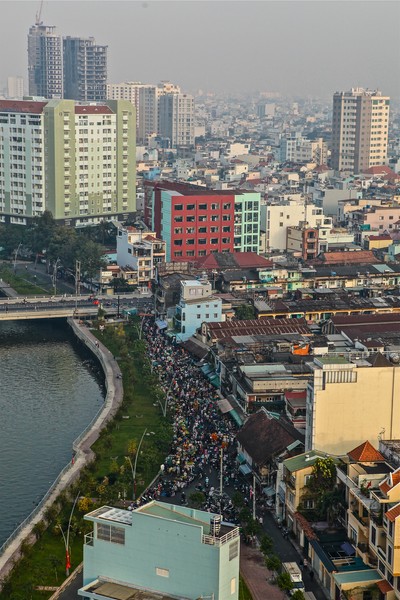 I’m through the zoo and into the city proper in eight minutes. I’ve got a view down the broad street to the bamboo inspired motifs of the Reunification Palace. Except I never see the Palace for the frantic traffic flow. So I keep my eyes on the best buildings of Le Duan and wonder how long they’ll remain there, art deco signposts of the old guard. 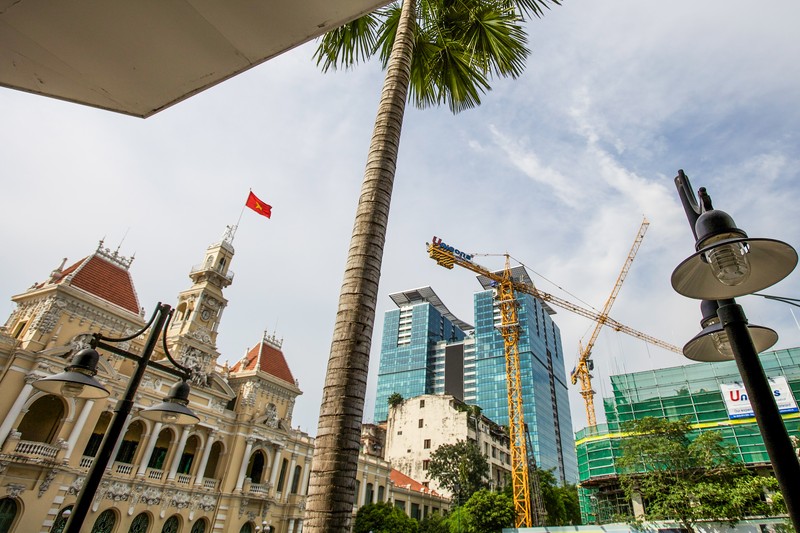 So this is my Saigon: in 20 minutes, I’ve walked through the jungle, the village, and the modern metropolis. I’ve got fish scales and traces of pineapple on my shoes, coffee from at least four different vendors in my nose and carbon monoxide in my lungs by the time I duck into the office elevator. Where else can you cut across a century of development in such short a time? Where else can you confront the raveling spool of PROGRESS on a daily basis? 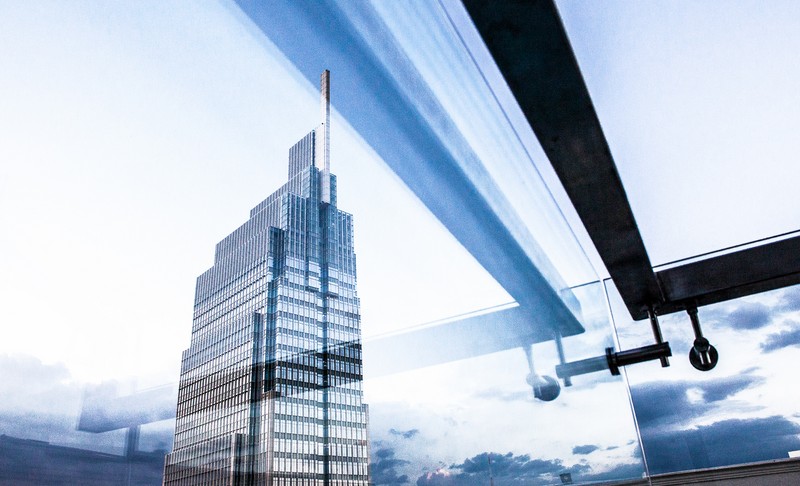 Ah, PROGRESS. Like DEVELOPMENT, it’s a loaded word. Saigon is staring point blank at them both, with an increased realization that it is easier to get them wrong than to get them right. This realization is coupled with an increased sense of urgency to move on the transformation of the city’s visual identity and infrastructure. It’s not quite frantic, not quite frenzy, but it’s not far off from either. In order to learn more about what might happen, what will happen, and what should happen, Oi spoke with a number of informed, invested, and expert sources. What follows is a conglomeration of quotes from a series of interviews about the varied topics that all fit under the dual umbrellas of PROGRESS and DEVELOPMENT. We can add a third umbrella to the discussions: IDENTITY, because it seems to be the key arbiter in all discussions, and the point of departure from which a loose consensus begins to fray. 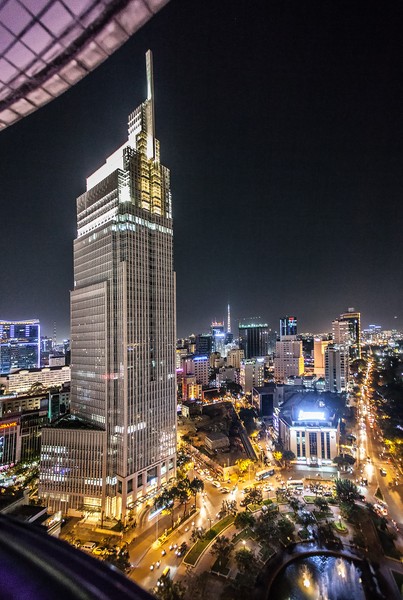