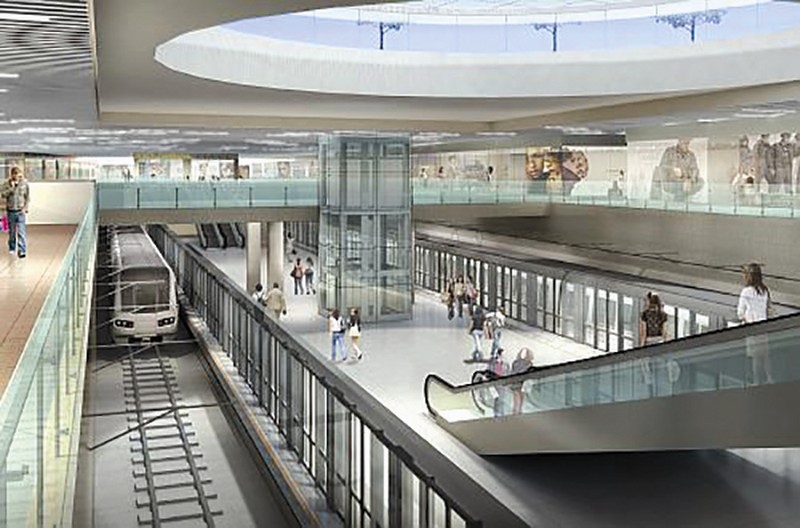 150,000 new cancer cases were reported in 2015, a significant increase from 69,000 in 2000. Cancer experts said the reason for the leap is because of unsafe food, pollution and prolonged life-span. The Tumor Hospital in Ho Chi Minh City announced that the country has around 1,000 new cases of breast cancer monthly. 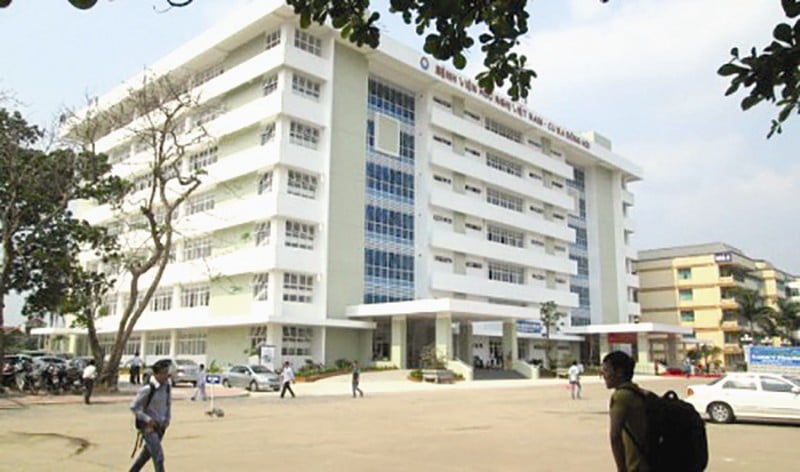 17,600sqm Cuba-backed hospital opened in Quang Binh Province last month. The Vietnam-Cuba Dong Hoi Friendship Hospital features six surgery rooms and 160 beds in departments including emergency, medical image analysis, diagnosis, blood transfusion-hematology and microbiology. The building is part of an upgrade project worth over VND450 billion, and is expected to serve 700-800 people per day. The facility has a Phoenix automated microbiology system for identification and antimicrobial susceptibility, as well as other medical devices imported from the US, Japan, Germany and the Netherlands.

450 drug addicts escaped from a rehabilitation center, where most were held for compulsory treatment, last month. The detainees attacked guards, climbed walls and broke down the main gate at a center in Ba Ria-Vung Tau. “We have found 150 patients while search efforts are underway for the other 300,” said Le Thi Trang Dai, Director of the provincial labor department. Local authorities are urging families to bring back runaway patients so they can complete their treatment. The escapees have been begging for clothes from local residents and trying to hitchhike out of the area. The government enforces a compulsory two-year treatment program for the country’s estimated 140,000 drug addicts; they can also voluntarily enroll. 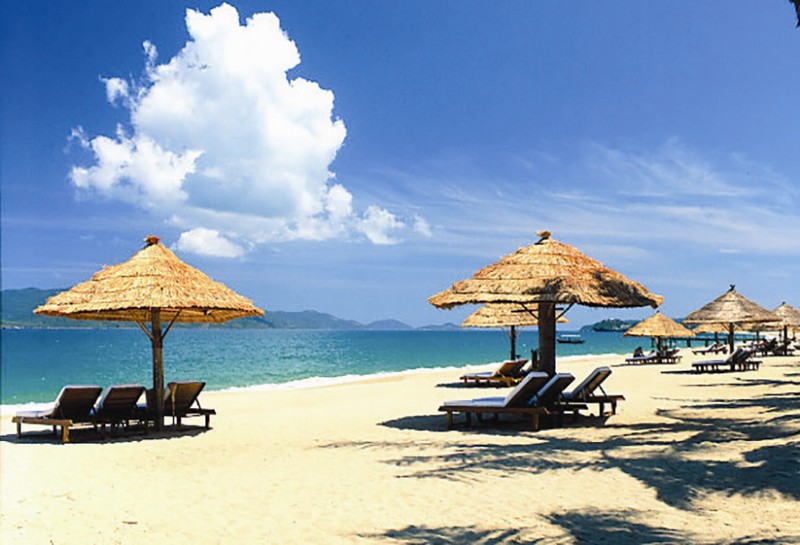 0 beggars on the street is the goal in order to promote a tourism-friendly city in Nha Trang by 2020, according to a recent proposal. A new force will be formed to clear Nha Trang of panhandlers under the VND7.7 billion campaign. The specialized force will run frequent patrols, particularly at local historical sites, attractions, bus stations and harbors. Panhandlers will either be sent to social protection centers, vocational training schools or asked to return to their hometowns. The plan also seeks to have zero Nha Trang registered residents earning their livelihood through begging by 2020.

USD35,000 is how much a man who was wrongly diagnosed with HIV 10 years ago is suing a health center for. While Suu, 43, was serving a prison term in 2003, his blood was taken for an HIV test as part of a national surveillance program. The Nghe An Preventive Medicine Center reported him as HIV+ and he was monitored under code number 1068. In 2007, Suu’s medical files were transferred from the center to the Nghe An Center for HIV/AIDS Prevention. According to him, the test result was not disclosed to him at the time, and he was not made aware of it until after his release in 2013. “In 2013, after I had returned home from my time in prison, I was put under the supervision of the Nghi Thu Ward Medical Center as an HIV+ patient,” Suu recalled. “However, after several health checks, the chief doctor at the center found it strange that all my readings were fine after ten years of supposedly being HIV+, and encouraged me to take the test again.” Test results at the Nghe An Center for HIV/AIDS Prevention in 2014 and at the Friendship General Hospital of Nghe An both indicated that he does not have HIV. On August 2015, the Nghe An health department agreed to compensate Suu a little over VND2 million, which is the cost of re-taking the HIV test and transportation expenses, deeming all his other requests “unfounded.” His still-pending lawsuit is asking for USD35,000 for legal fees, material and mental damage. 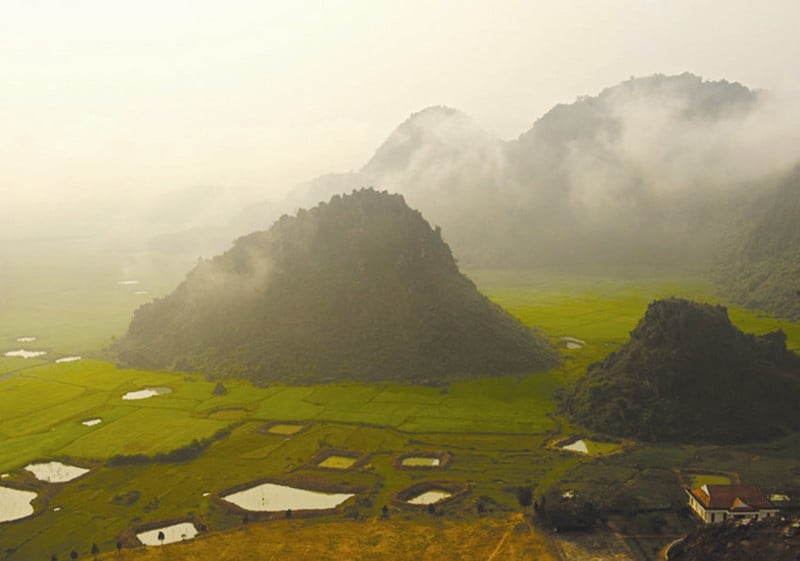 50% of wartime bombs have been cleared to date in north-central Vietnam. Officials in Ha Tinh Province said they have neutralized many kinds left from the American War, mostly in Can Loc and Huong Son District, as part of a bomb deactivating campaign launched in early 2015. They deactivated 11 bombs weighing 250-750 pounds each, 100 submunitions and other explosives. Ky Anh District is the next place scheduled for clearance. Military chief Nguyen Ba Phuc said critical areas like industrial parks, manufacturing zones and farmlands had been given priority. With current resources, it may take about 320 years to clear all landmines and bombs in the country, according to an official.

1st family and Juvenile court opened last month. A courthouse specializing in handling cases concerning marriage, family and juveniles officially opened in Ho Chi Minh City at 26 Le Thanh Ton in District 1. The court will specialize in processing familial and marital disputes (divorce cases account for 40 percent of all cases filed in Ho Chi Minh City) and cases where the offender or the victim is under 18 years old. This is the first model of a so-called ‘friendly court’ in Vietnam aimed at catalyzing country-wide judicial reform. The court will also have a board of 20 expert counselors available for consultation with the judge before ruling a case. Former Deputy Chief Justice of the Supreme People’s Court of Vietnam Tran Van Do, who supported the establishment of a family and juvenile court from its inception, expressed his delight to see the court come to life. “I think the establishment of a friendly court where children can play and receive psychological consultations without constantly hearing sirens and seeing criminals in handcuffs is a great start.”

1st & 2nd HCMC Metro lines may not be able to operate upon completion because of problems surrounding internal radio frequencies. Maintaining a smooth and unobstructed communication system requires a unique radio band frequency, which, as the Ho Chi Minh City Management Authority of Urban Railways (MAUR) found, has proven to be much more complicated than first thought. According to MAUR, there are currently 11 metro projects in Ho Chi Minh City, two of which have launched and will use their own radio frequency to communicate, control and monitor their operation. However, there might not be enough suitable frequencies available by the time the construction of the metro lines is completed, owing to the rapid rate of development in the southern metropolis.