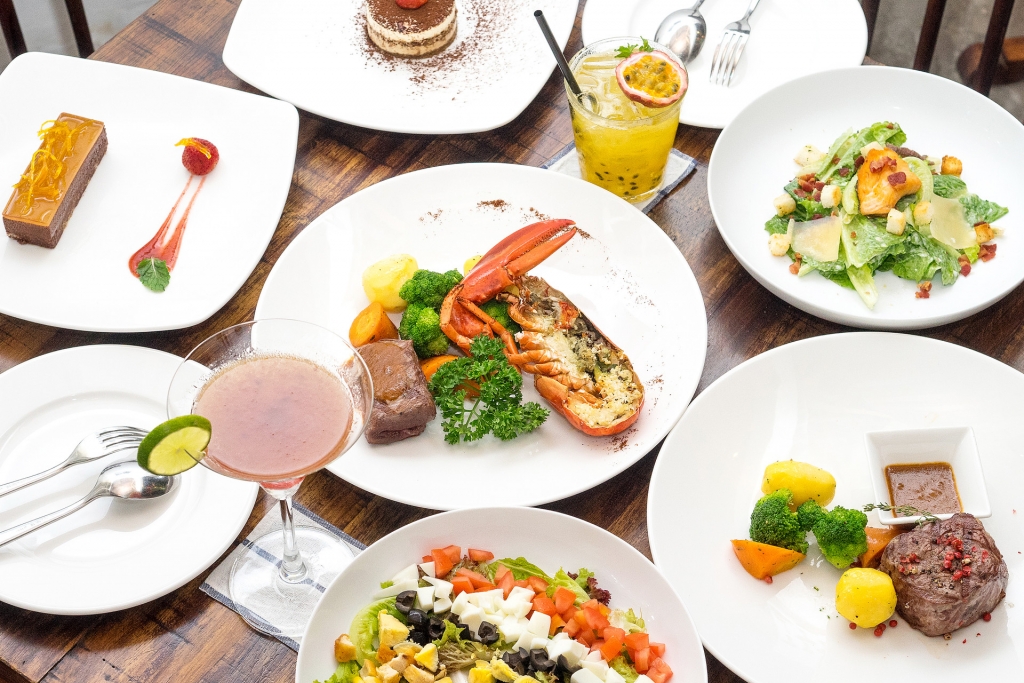 Inspired by a song, Simon Nguyen wants guests to fall in love with his steaks and each other while you’re at it.

“It’s a love song,” says Simon Nguyen of the ballad that provided the inspiration for his intimate little bistro on 36 Pham Hong Thai, D1—Nossa Steakhouse. “Nossa, nossa… ai se eu te pego… I worked at the Sheraton before, when they still had the band; they used to sing this song almost every day. After the boy meets the girl, she changes his life, it’s perfect. It’s why I opened a restaurant called Nossa, to make sure every customer falls in love with Nossa and comes back.” 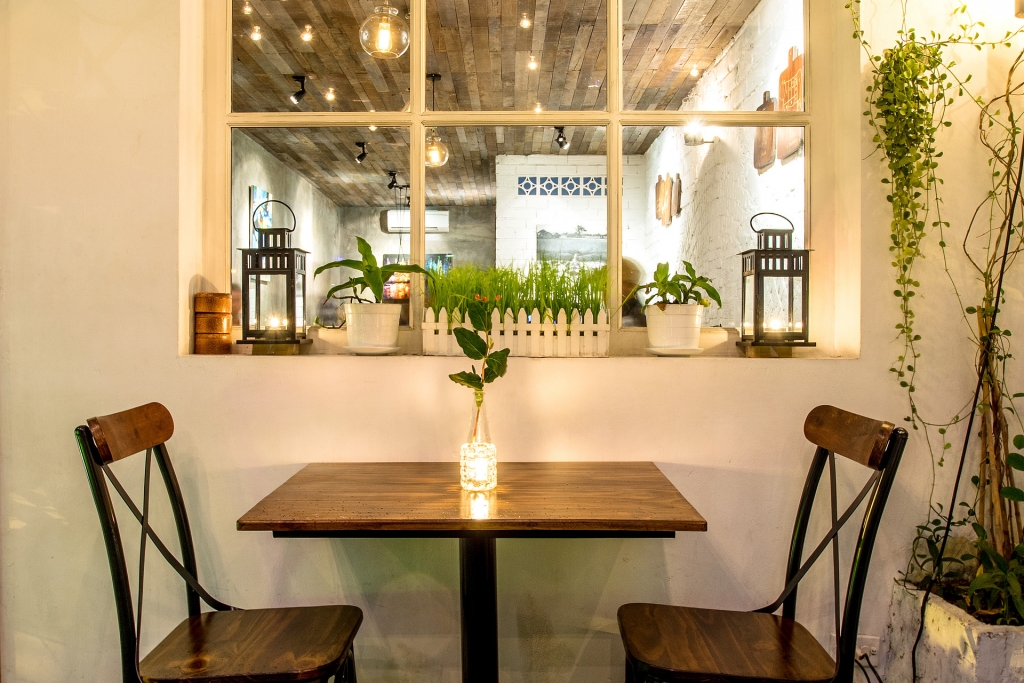 In retrospect, putting together a steak restaurant with romance in mind turns out to have been a pretty good strategy. It’s already survived two years in the competitive local market, and if the cozy interior and sharply-focused Italian menu are anything to go by, it has certainly provided the ideal backdrop for a goodly number of perfect dates. It’s tiny, yet private enough for several couples to focus exclusively on each other; a quiet terrace offers a park view over the New World hotel while still feeling well-removed from Saigon. Inside, the incandescent bulbs cast a warm light over the tables-for-two; an exposed colonial-era wall is whitewashed like a Mediterranean villa while the natural colors of the timber ceiling panels recall the bare wooden structures of Simon’s hometown in the Mekong. 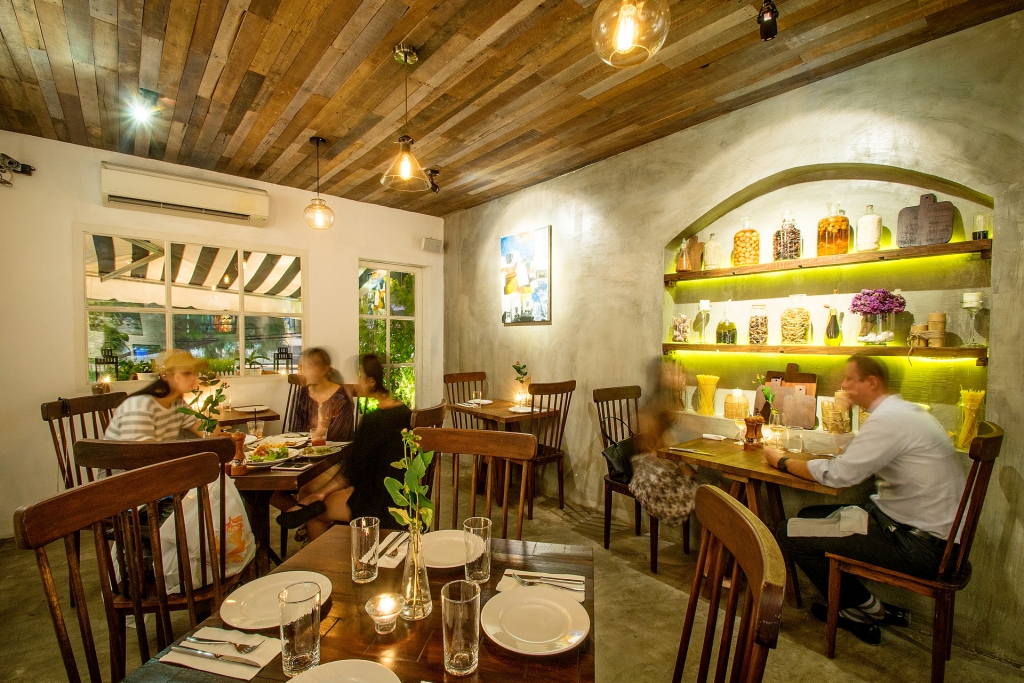 With such a well-defined dining concept, I’m curious as to why the restaurant has remained so intimate after two years in business, when a larger or follow-on venue in another location would seem to be the obvious next step. Simon, it seems, is in no rush: “I just don’t want to go too fast, it’s not good,” he says simply. “Slowly but well-paced in Vietnam is OK. In the long term, we need money to survive, sure, but passion and a sense of patience is more important. This first restaurant is like my baby. Open one, and you can have a lot of time to take care of it and pamper it; open many, and you won’t have enough time for them all, it’s a problem.” 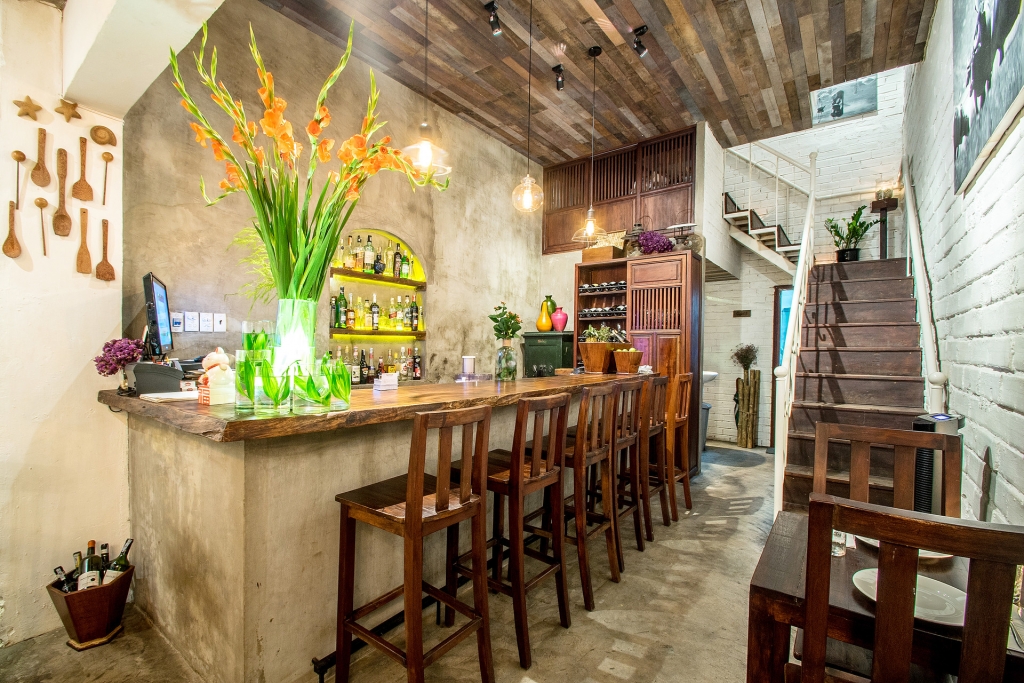 We arrive on a rainy afternoon as the venue comes into its own under darkened skies, the half-light from the windows brushing calligraphic shadows through rain-streaked glass; perhaps inspired by the mood, we settle in and order fresh cocktails while choosing our steaks. There are other options on the menu (including a modest set of Vietnamese items for a local date), but Nossa’s raison d’être is its selection of American and Australian beef steaks. The one you choose comes down to personal preference, of course, but as a rough guide, you’ll find the American beef more textured than the softer Australian Angus. Be very specific if you want them bloodier, as the kitchen tends toward the well-done side by default. The cocktails (VND120,000) are strong and heavy on the fruit—my Nossa Sunrise is a murky maroon with its syrupy apricot and grenadine base, giving it the aftertaste of a heady mulled wine, while the brilliant yellow Nossa Passion is brighter in tone with a refreshingly gentle kick. 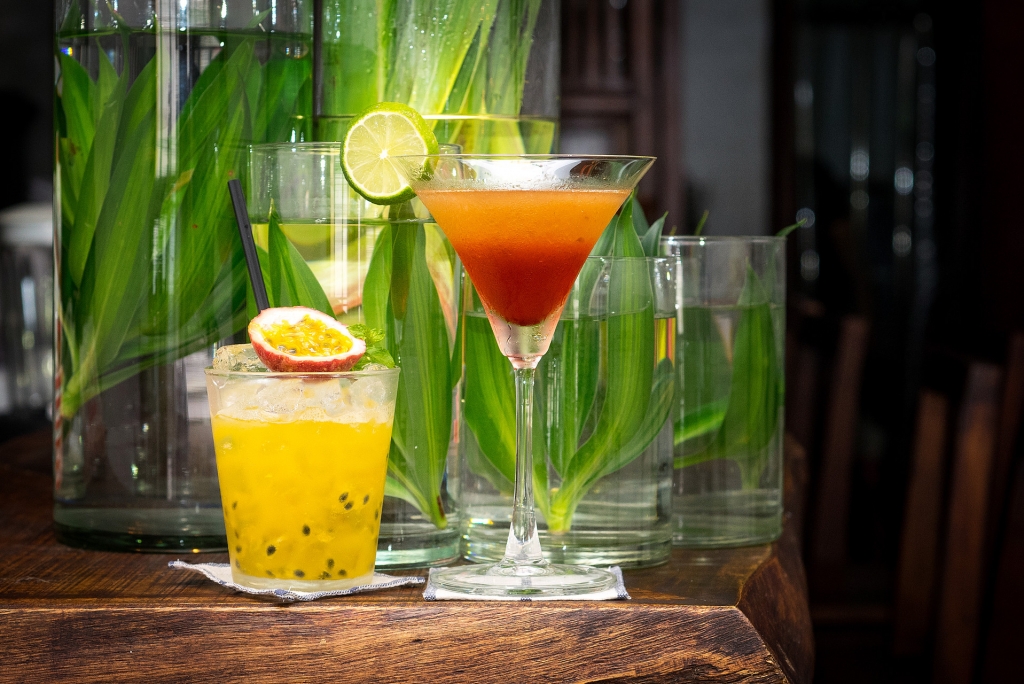 After a complimentary homebaked bread with chickpea dip, we take our starter salads (VND149,000). The Nossa Rainbow comes with its ingredients laid out in spectrum stripes; it delivers a range of tastes, but what really makes it work is the sweet corn against the savory chicken chunks. We also try a good, earthy Caesar salad with salmon, nicely salty with the bacon pieces and shaved —it’s pleasing to have real croutons too, as opposed to chopped-up bits of toast. 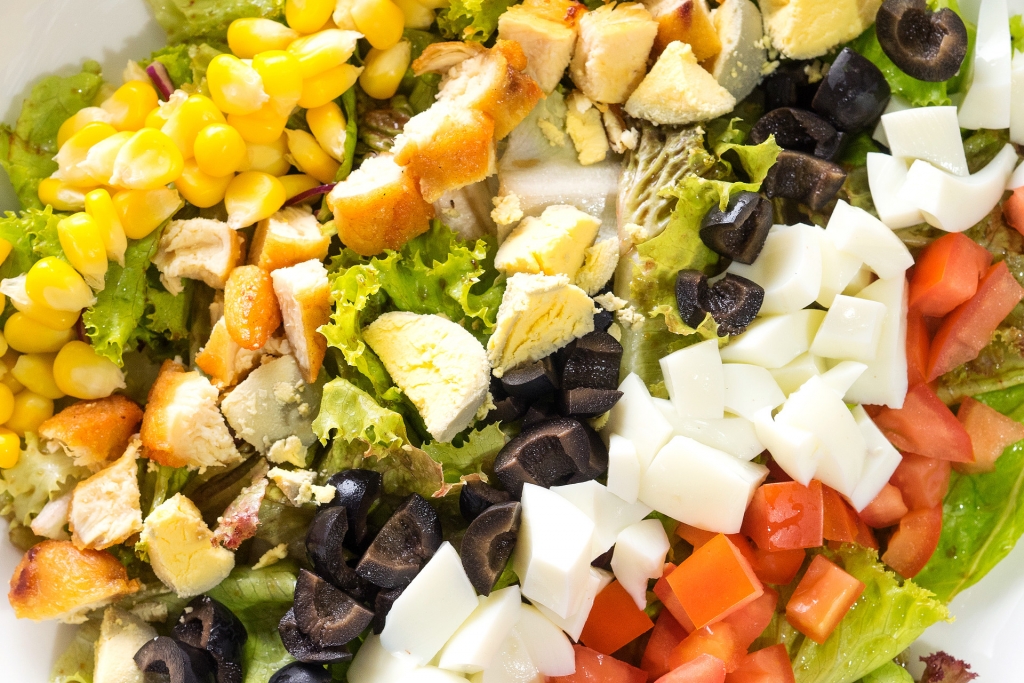 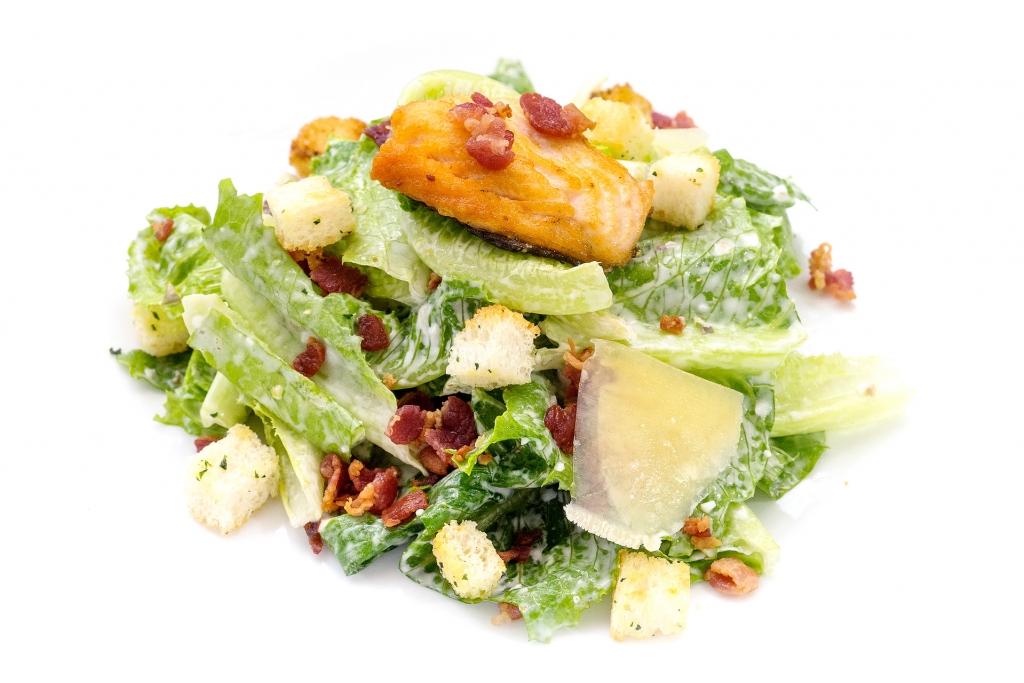 The grilled US prime beef grain-fed tenderloin (200/300/350g for VND599,000/VND639,000/ VND788,000) is the real deal; it is rough and delicious, coming with juicy side vegetables and a wine sauce that manages a distinctive bouquet of marmite (if you know what that is). The meat is very good; it’s also easy to manage with the fine imported Dutch cutlery, entirely deserving of its own mention. 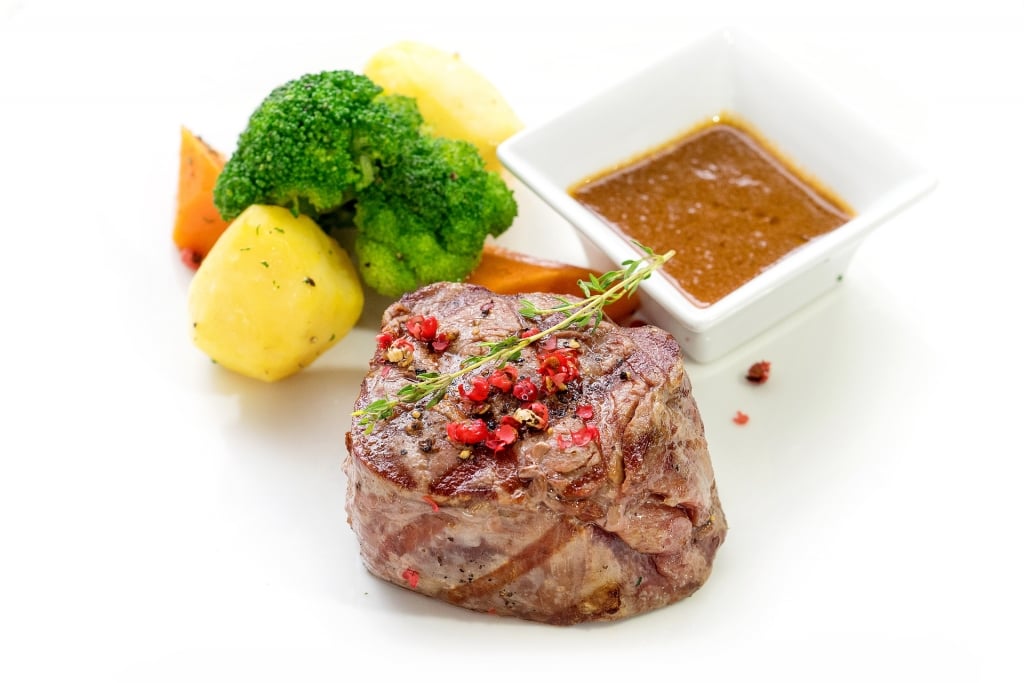 My partner enjoys a surf & turf (VND599,000), that allows her a 120g hunk of grilled Australian prime grass-fed black Angus beefsteak in creamy mushroom sauce with half a Canadian lobster that is sweet, fragrant and lightly peppered, textured and fresh. 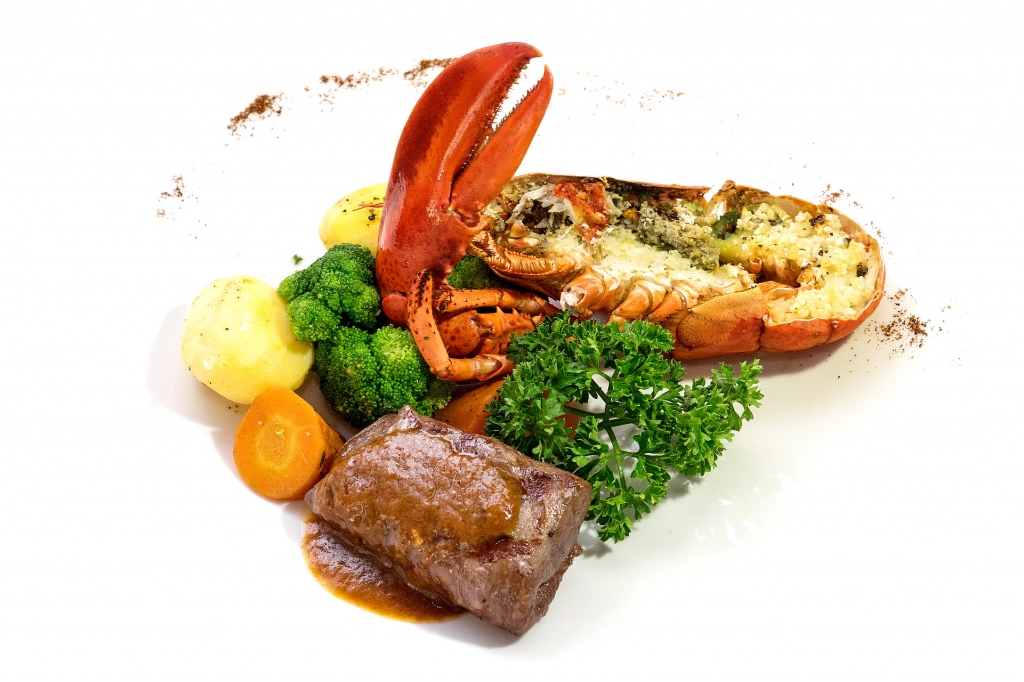 The mains are filling but not burdensome enough to ignore the desserts (VND99,000); we try an orange chocolate mousse (a wonderful jaffa cake with a zesty marmalade peel garnish) and a richly coffee-drenched tiramisu.

If you’re not having the cocktails, do flirt with Nossa’s short but well-planned wine list—heavy on the reds, as you’d expect, with a good selection of Wolf Blass Eaglehawks by the glass (VND130,000). Take a bottle of Hunter’s Marlborough Riesling (VND990,000) if you’re among the minority having seafood: don’t feel embarrassed, it’s as good as the steak, but do be careful not to let it dampen the amorous vibe. 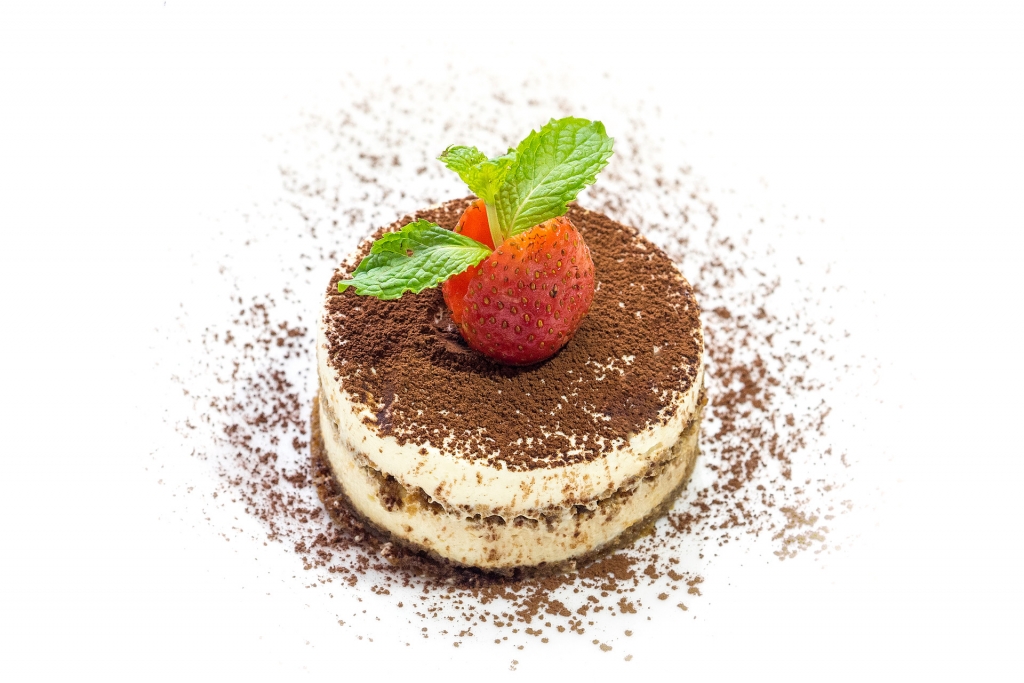 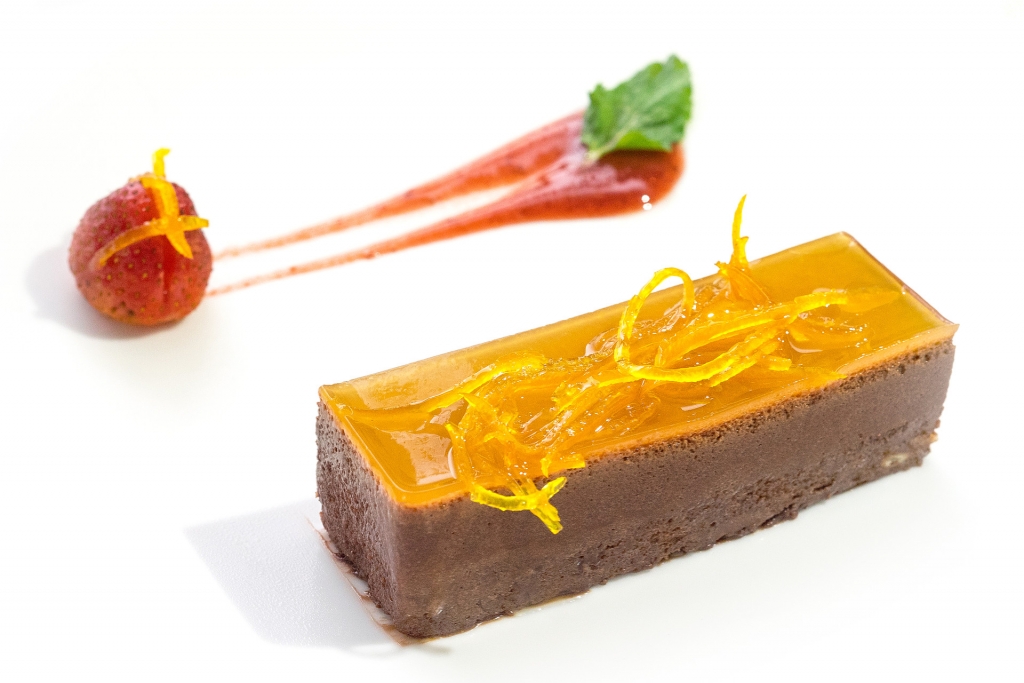