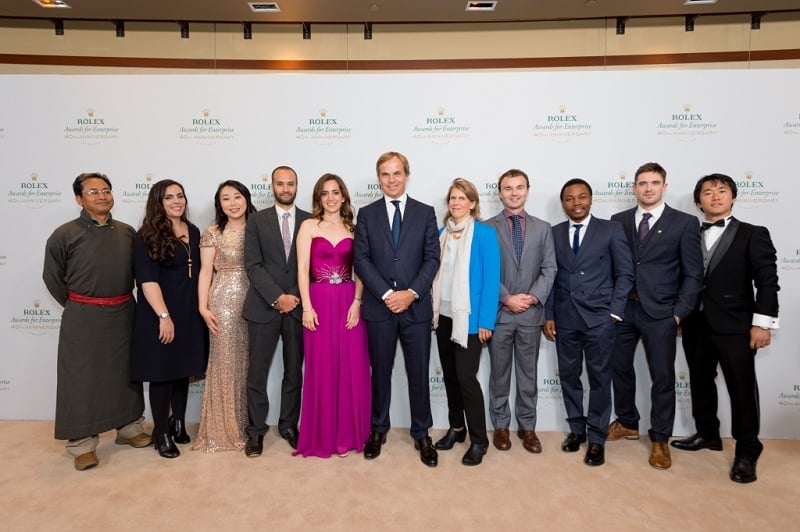 Forty years ago, in September 1976, Rolex made history by announcing one of the world’s first major corporate awards programs, the Rolex Awards for Enterprise, which support exceptional individuals with the passion and commitment to improve life on the planet.

Rolex today said the company was commemorating the 40th anniversary by paying tribute to the Rolex Laureates, who have reshaped the world with their innovative thinking and dynamism. The celebration will culminate in a public awards ceremony in Los Angeles on 15 November 2016.

The Rolex Awards were set up to mark 50 years of the historic achievement of the Rolex Oyster, the world’s first waterproof wristwatch. The objective was to create a program that reflected the spirit of enterprise that inspired Rolex founder Hans Wilsdorf to create this iconic timepiece.

Since then, Rolex Laureates, ranging in age from 24 to 74, have carried out projects benefiting millions of people in more than 60 countries by implementing technological and scientific innovations, protecting endangered species and ecosystems, exploring new frontiers, reviving time-honored practices and protecting forgotten peoples, as well as providing safe, affordable water, energy, shelter, food, medicine and health care in developing countries.

They include an Australian biomedical engineer who has revolutionized the delivery of vaccines to save millions of lives in the developing world through a painless patch; a young entrepreneur in the Philippines who is helping impoverished women earn a decent living by turning scrap materials into sustainable products; a Bolivian social psychologist who has helped return stolen cultural artefacts to Andean communities; and a Swiss ornithologist who went to study birds in Brazil and planted millions of trees.

“The Rolex Awards were designed to support those whose own spirit of enterprise mirrored the enterprising spirit on which the company was founded,” said Rebecca Irvin, Head of Philanthropy at Rolex. “The idea was to encourage new ventures rather than reward past achievements and to recognize people who were doing things differently, exploring beyond boundaries and bringing often unconventional and ground-breaking ideas to help change the world into the mainstream. Significantly, the program reflects the Rolex brand values of quality, ingenuity and individual achievement.”

In November, the 2016 Laureates and Young Laureates, pioneers aged between 18 and 30, will be announced at the special 40th anniversary ceremony in California.

The Rolex Awards are notable in the variety of people and projects supported over the four decades in five areas: science and health, applied technology, exploration and discovery, the environment and cultural heritage.

The 140 innovators have been selected as Laureates by an independent Jury of experts, which changes for each series. These pioneers were chosen from a field of 33,000 men and women of all ages and walks of life from 190 countries who have applied to the initiative since 1976. In recent years, applications have demonstrated strong interest in the environment, the predominance of public health and technology-driven projects, and a vast increase in women applicants.

“The support given by Rolex to the global network of visionaries since 1976 has had a catalytic impact and, in many cases, transformed lives and communities,” continued Irvin. “It has also stimulated new ways of thinking about common problems. Forty years later, the legacy of the Rolex Award winners has made the world a better place.”

In addition to global recognition for their projects, which are assessed by the Jury on their feasibility, originality, potential for sustained impact and, above all, the candidate’s own spirit of enterprise, all of the winners are given a Rolex chronometer. The Laureates each receive 100,000 Swiss francs and Young Laureates each receive 50,000 Swiss francs, with the grants used to advance the projects.

Philanthropy and corporate social responsibility have been an integral part of Rolex’s corporate culture since its beginnings. Supporting the greater good and individual achievement is fundamental to the company’s ethos. The Rolex Awards for Enterprise and its sister program, the Rolex Mentor and Protégé Arts Initiative, comprise the two major international philanthropic programs run by the Rolex Institute. The Arts Initiative brings together emerging artists with masters in architecture, dance, film, literature, music, theatre and the visual arts for a year of intensive collaboration. The aim is to help ensure that artistic excellence is passed on to the next generation. Both programs foster innovation and advance the work of those who exemplify the vision, originality and excellence that define the Rolex company. 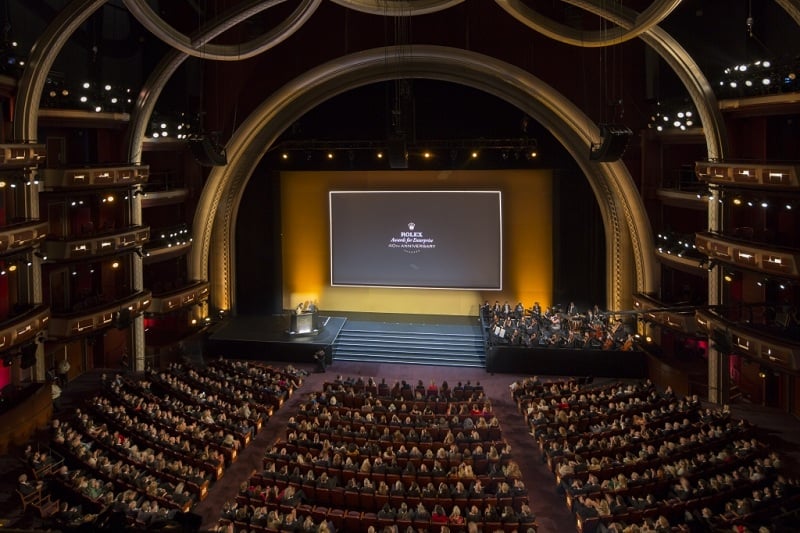 For further information on the Rolex Awards for Enterprise, visit: rolexawards.com