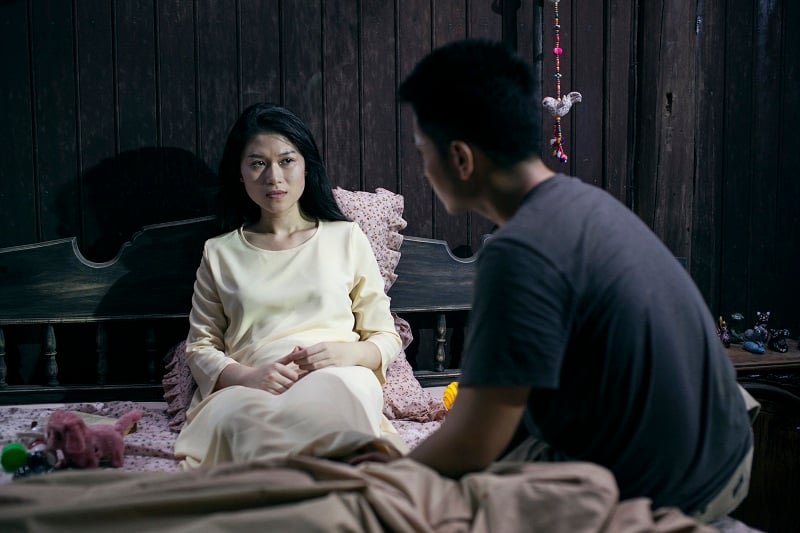 An exclusive with Ngoc Thanh Tam, the star of The Way Station—winner of best film at the 2017 ASEAN International Film Festival And Awards

In a film market dominated by light comedies, last month’s theatrical release of Hong Anh’s brooding directorial debut The Way Station (Dao Cua Dan Ngu Cu, based on a short story by Danang writer Do Phuoc Tien) marks a poignant moment in the emergence of homegrown Vietnamese arthouse cinema. Awarded Best Film at the recent ASEAN International Film Festival, the movie is a densely concentrated morality play that effortlessly thunders its way through its heavy thematic meditations on freedom, jealousy, control, and the nature of the traditional subjugation of women. While it may be considered a touch ahead of its time by its local audiences in a country where feminism has a long road ahead, the movie’s simple storytelling, tight cast and claustrophobic setting in the enclosed courtyard of a dark and grimy restaurant make for a richly disarming parable that compels viewers to face this country’s traditional cultural burdens. 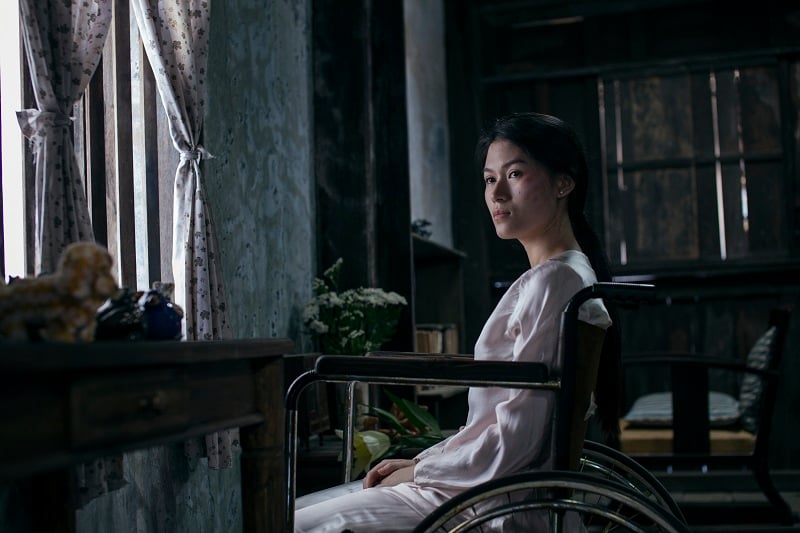 While the plot centers around the eminently likeable young male protagonist Phuoc (played by popular singer Pham Hong Phuoc, who took out Best Actor at the festival for this performance) the film’s moral focus rests on Chu, the crippled daughter of the film’s unnamed restaurant owner—whose Confucian sense of shame compels him to keep her hidden from public view. For the most part locked away in her room, Chu is cheerfully resigned to her forced isolation and the violent abuse she suffers at her father’s hand, finding a measure of genuine freedom in sexual curiosity, and eventually claiming her ultimate liberation as a willing participant in her own murder. A model Sartrean prisoner who experiences the fullness of freedom in her own consciousness (represented throughout the movie in dream-sequences at the beach with her adoring but clearly troubled father) her character stands in contrast to the impotence of the film’s other roles, who are even more trapped by their generally miserable mutual dependence.

Actress Ngoc Thanh Tam, who plays the role of Chu in the movie, was delighted to have been hand-cast by Hong Anh, reportedly on account of her delicate strength of bearing. Describing herself as a “super-feminist”, Tam’s relatively international upbringing made it challenging for her to absorb her character’s passive acceptance of male control. It was somewhat surprising to her, then, that early reactions to the film showed a great deal of empathy for her character among young Vietnamese women. 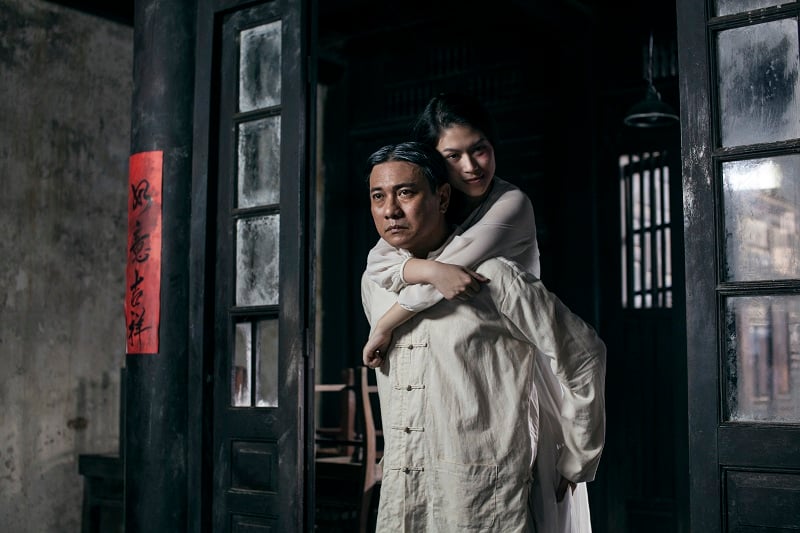 “I didn’t expect my role to be inspiring anyone,” she explains during our interview shortly after the film’s premiere in Ho Chi Minh City. “To be honest, it’s a role that goes against what young women believe in nowadays, right? Even me, I don’t believe that Chu should suffer like she does. Women in Vietnam, we’re fighting every day for our rights, but underneath the surface there has always been an inequality that people can see and feel every day. So when you see their hidden pain, their hidden secrets on screen, I think that’s how the viewers feel connected to the character. Even though that’s against what they believe in, they can connect, they can see it, witness it in the women around them, from their mothers… I think the mothers in many families suffer from inequality and bad treatment from their fathers, so I guess that’s why young women out there can connect more to Chu than I would have expected.”

In fact, The Way Station’s depiction of Chu is the film’s most progressive feature. While Chu’s carnality is gradually revealed over the course of the movie, there is absolutely no moral condemnation of her sexuality. There is no sense in which her death is a punishment for her sexual behavior, a trope that would have been easy for the film’s director to have fallen into. Chu, quite clearly, does not deserve death. She is neither portrayed as being immoral nor shamed in the storytelling for her sexuality; she is not made to seem unfilial, even though she flagrantly disobeys her father’s wishes. Chu is the most unambiguously free character in this story, even though she is the most physically constrained—none of the other characters experience freedom as acutely as she does in the way she has resolutely followed her own choices in spite of her limitations. This depiction of a female role is refreshing and powerful, particularly in the Vietnamese context. 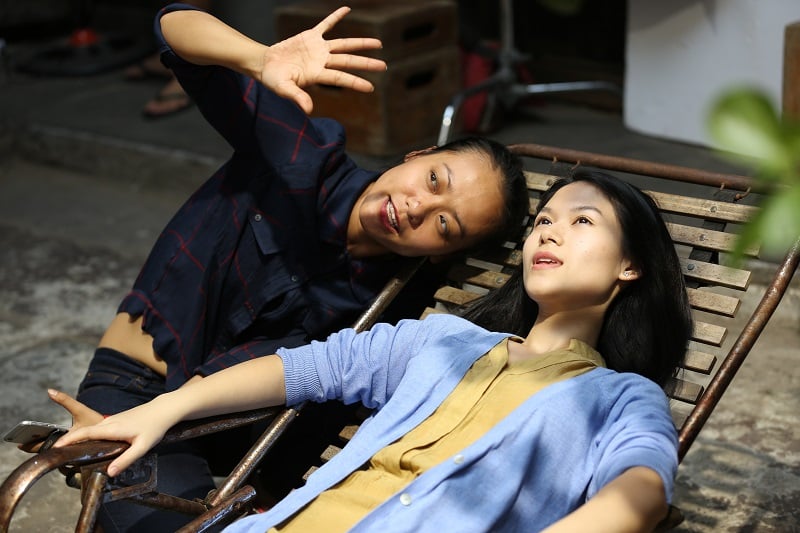 Her death is a difficult scene in the film that raises some of its most compelling moral questions. Enraged by the discovery that Chu has been visited in the night by the young men on his staff, Chu’s father brutalizes her before violently raping his wife for having been complicit in Chu’s deception all along—albeit for her equally problematic and tradition-constrained belief that Chu must bear a child. With the delusion of his absolute control fully revealed, the father meekly delivers death to his own daughter in the form of a bowl of poisoned noodle soup, which Chu seems to take voluntarily.

“She nodded, like yeah, you can kill me, let me go,” says Tam. “I think that’s also an act of feminism. Having the freedom of your life, to have the choice… Being a feminist is letting a woman have a choice, even if it might be a negative one—and here, the choice is death, but at least it’s a choice that Chu gets to make.”

One of the curious things about the movie’s non-judgemental stance is in its misleading presentation of Phuoc as a narrator whose character progression seems to lead him to a morally vacant conclusion. After becoming enamored with Chu, he is incensed at the discovery that she is secretly sexually involved with Mien, his roguish bunkmate at the restaurant. While he works through his jealousy and returns to Chu, eventually succumbing to her appeal and becoming her lover also, his reaction to her murder is essentially limited to feeling sorry for himself. The film closes with a scene on the beach where Phuoc laments “Never again in this life will I taste happiness, never,” rendering Chu’s death something that’s all about him. Phuoc’s flaccid moral journey implies that violence to a woman is wrong because of its impact on the path of a man; The Way Station has teased the audience with a tale that empowers women but then interprets injustice toward them from a male perspective. 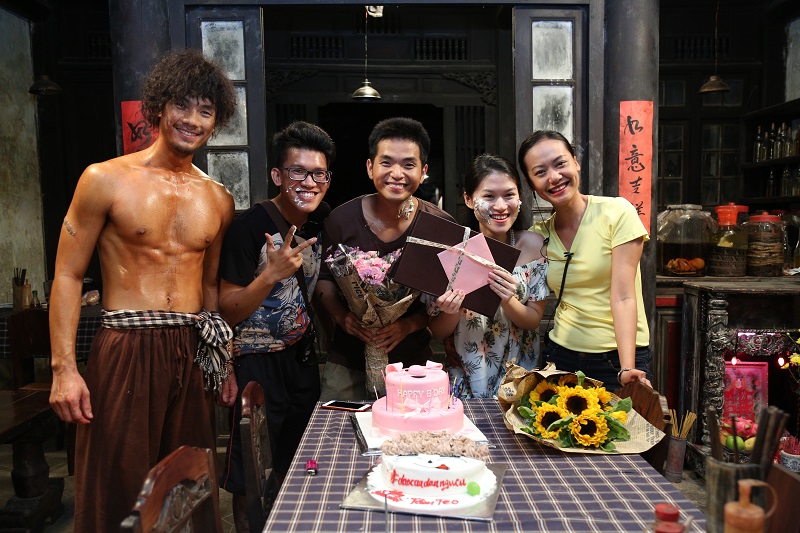 “I also believe that the movie is about male dominance in society,” comments Tam. “This is set 20, 30 years ago. Everyone says ‘poor Chu,’ but nobody does anything about it. My co-actor, I think he has a really good explanation—it’s because everyone really depends on each other in the restaurant, everyone is based on each other to survive. So no one actually has the freedom to do anything. If they had the freedom, I guess some of them would have saved Chu. But they don’t even have freedom for themselves. Everyone is treated badly in that restaurant. But they stay, because they don’t have anywhere else to go. The Vietnamese name of the movie is Island of Immigrants. An island is surrounded by water, it means that you don’t have anywhere to go, you’re stuck there. Everyone suffers, everyone lives in their misery, nobody does anything to free themselves.”

The film’s feminism is unsurprising from a director whose own career as an actress has frequently dealt with the suffering of Vietnam’s rural women. Since transitioning into production a few years back, Hong Anh has been dedicated to advancing Vietnam’s art cinema through her company Blue Productions; she has also been busy participating in social activism for issues such as wild animal protection and LGBT rights. She has shot The Way Station as a complex film with multiple layers and a rich symbolic tapestry that aids in the interpretation of its dramatic themes (readers can ponder for themselves what is represented by the goats, the Zippo cigarette lighter, and the Muslim character in the film)—and in having made such a strong offering in this work, all expectations are that both Blue Productions and Vietnamese arthouse cinema in general will see many more thought-provoking cinema pieces to come. 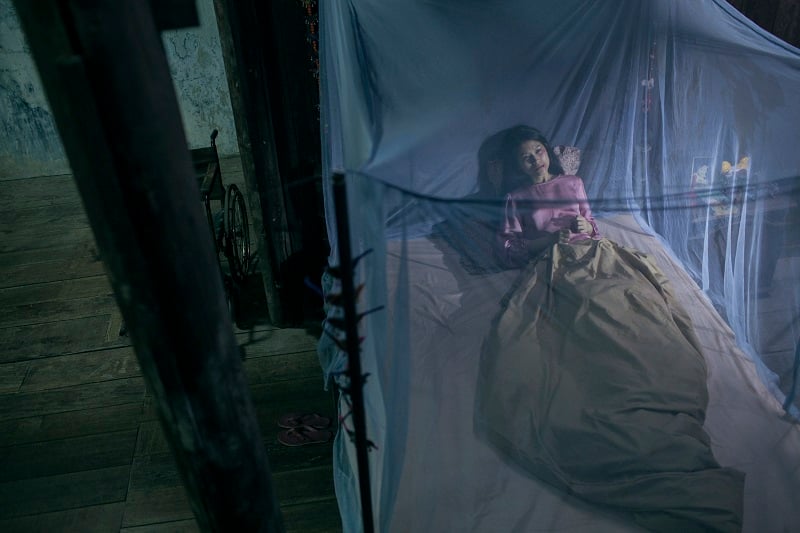