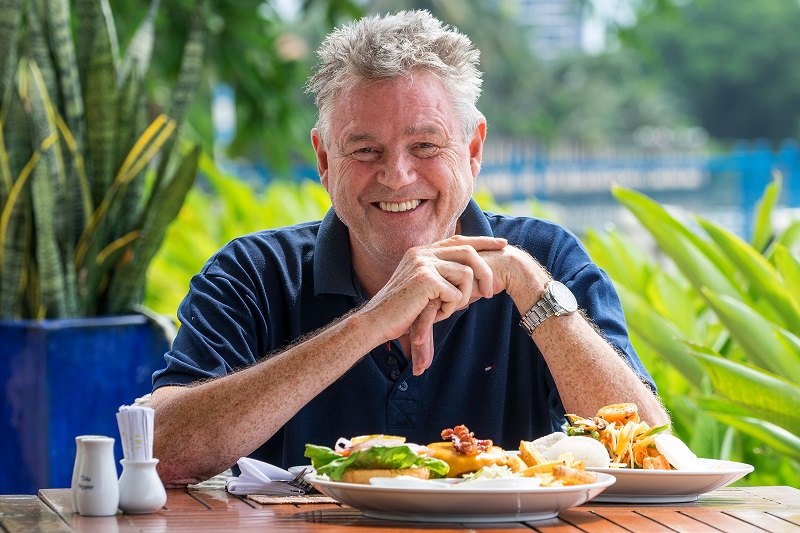 A Fork In The Road

An inside look at the ingredients to success

As a restaurateur, Tony Fox has worked his way from the bottom to the top of the food chain. His humble beginnings in the business, he recalls, were in the kitchen peeling carrots. From there he graduated to bigger and better things: potatoes, and he didn’t stop there. He continued to work, moving around the world (at one point even working for Peter Stringfellow in New York) and now it certainly seems to have paid off. Tony is the owner of five of Saigon’s best-known establishments: Ciao Bella, Portofino, Saffron, Twenty21one and Blu, the Thao Dien Riverside Serviced Apartments restaurant we’re conversing in.

Food and hospitality are in his blood. The carrot-peeling job that got his foot in the door of the business was the product of nepotism. His family has, for generations, worked in the hospitality business in his native England and it was there that he cut his teeth, as well as a number of unfortunate vegetables.

So how does someone with such roots move to Saigon and set up a string of successful restaurants? Tony considers his answer slowly before finally finding the right answer: “You need a Man Friday.” In Tony’s case this right-hand person is actually a Woman Friday, an invaluable aid with local knowledge and the savoir-faire to get the job done in situations where others might be completely lost. As Tony goes on to explain, there are still a few niggles and unforeseen difficulties that one has to contend with as a business owner in Ho Chi Minh City. This ranges from the regular problems in the food business of getting the right ingredients fresh, to utilities issues with electricity and water. Every one of these issues would be a nightmare to navigate without knowing the exact channels and procedures to fix such issues, not to mention a healthy knowledge of Vietnamese. With his trusted Woman Friday then, Tony is equipped to focus on what matters most to him, the actual run of the restaurants. 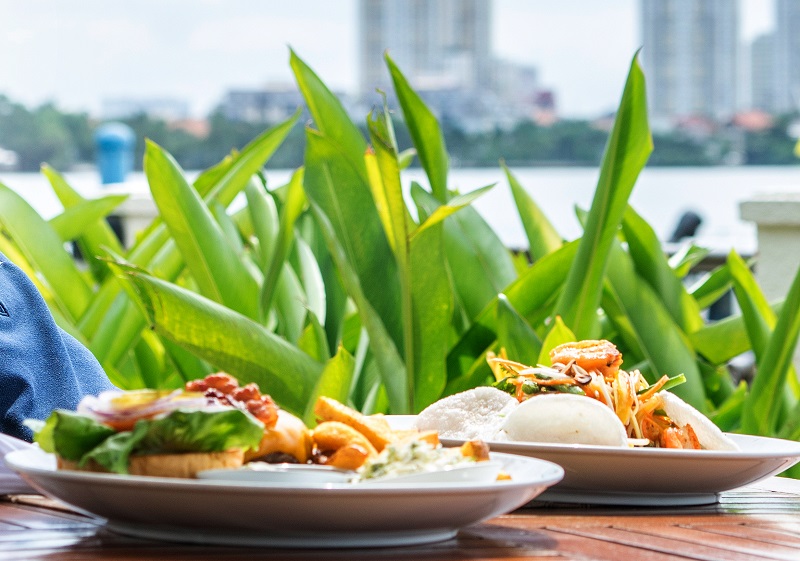 Being a restaurateur is not as dandy as it sounds however. In a business where reportedly 99 percent of businesses close their doors before the first year is out, it is no surprise that one has to stay on one’s toes. Tony visits each one of his establishments (spread across the city) at least once a day. He’s up bright and early and makes his first stop at 6am, ensuring that all is in its proper place and providing guidance where it may be required. As Tony explains, the fact that he started from the bottom was the best sort of training. Now he knows every detail of every position underneath his own. If someone is being wasteful with the peeling, something which may seem innocuous, then he can correct these errors. This is the smallest detail, so you can be sure the manager has his eye on the workings of the more senior positions as well, and that over five restaurants, at least five times a day.

It seems an exhausting business, moving hither and thither and keeping a watchful eye on all proceedings but Tony enjoys it tremendously. He enjoys managing but also cooking and choosing the menus for his restaurants. As a chef himself, he is confident when assessing the quality of the food his staff serve and they can trust in his judgment too. It is not a purely managerial position he occupies then because he has risen through the positions he now employs.

Beyond his work as a boss, Tony also serves as something of a father figure to many of his employees. He likes to stick with people he has worked with before, some of them for nearly 15 years, and he likes to hire their family members as well. As he sees it, there’s a bond of trust and that gives not only security but a sense of family to his businesses. 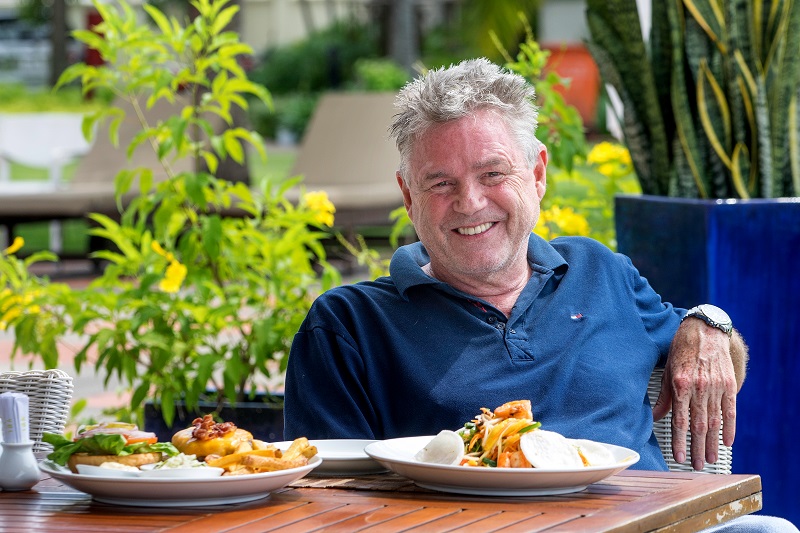 His advice to restaurateurs is straightforward: “Your first consideration has to be location, location, location.” A location can make all the difference in the life and death of a restaurant. Sitting by the river with a cool breeze wafting over us, it’s easy to see why location and the associated ambiance have to be your first consideration, after all that’s where your first impressions are drawn from. After that you need to choose a good menu, something that’s missing from the local restaurant scene. With his roster of establishments, Tony was one of the first to bring Asian tapas and New York-style Italian cuisine to Ho Chi Minh City and can attribute much of the success of his restaurants on this timely move. As a manager his thoughts have to be business—as well as food-orientated and a degree of business savvy is necessary to even get started as a restaurateur. Of course, with a local helping as second in-command, this business is mercifully facilitated. Without their aid he insists he could never have gotten anything off the ground.

Tony has been a significant figure on Saigon’s cuisine scene for over a decade and in that time he has heard untold numbers discuss the possibility of opening up a restaurant or bar in Saigon. The thought process seems to be that these establishments are straightforward and relatively inexpensive to run but that is simply untrue. Even with a bit of help from your friends, owning and running a bar is hard work and requires every bit as much attention, knowledge and elbow grease as any other business. For Tony the days of peeling carrots and potatoes are firmly in the past but like any good manager this has not gone to his head. His feet firmly planted on the ground, he can be found every day walking through his restaurants, doting on patrons and staff alike.