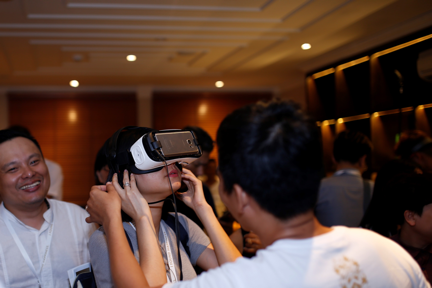 How an agency reinvented the advertising business in Vietnam

Happiness Saigon (happiness-saigon.com) is leading Vietnam’s agency landscape. What the agency does is a sophisticated weaving of digital tools, traditional marketing instruments and the language of human emotions to imprint a brand into the lives and experience of its audience. This approach proved to be successful, garnering the agency an impressive portfolio—having designed and carried out many successful campaigns for big clients such as Coca-Cola, NIVEA, Bosch, UNICEF—along with several awards for both Happiness Saigon and its co-founder Alan Cerutti.

For the future, Happiness Saigon looks forward to furthering its presence globally as well as proving its unique responsiveness to changes. Oi speaks with Alan to find out more. 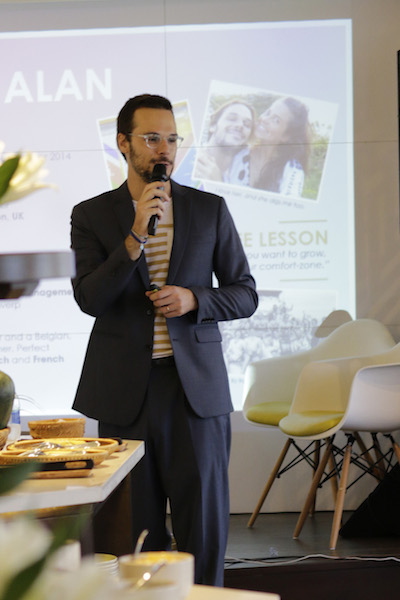 The past few years have been very exciting and full of “happiness” for Happiness Saigon. Last year your team’s #NoFilter campaign for UNICEF won many prestigious awards—Cannes Lions, Spikes Asia, London International Awards, Eurobest, and D&AD—how does it feel to receive such international recognition, especially for a young company as yours, which started just over two years ago?

When we started Happiness Saigon at the end 2014, our vision was to lead the industry by leading the way, and with this we set the goal to be Vietnam’s most creative hub in 2017, and to be regarded globally as the company that helped put Vietnam on the map when it comes to creativity. It feels incredibly satisfying as a young company to achieve this status. It’s especially important as we rely on people to further build on our success. This recognition, this status, is driving our reputation, and helps us to attract talent organically.

However, we continue to be ambitious, and re-invent ourselves. Consumers are adopting new behaviors, channels and trends fast, and we want to be the agency that is also recognized for its ability to adapt to change. 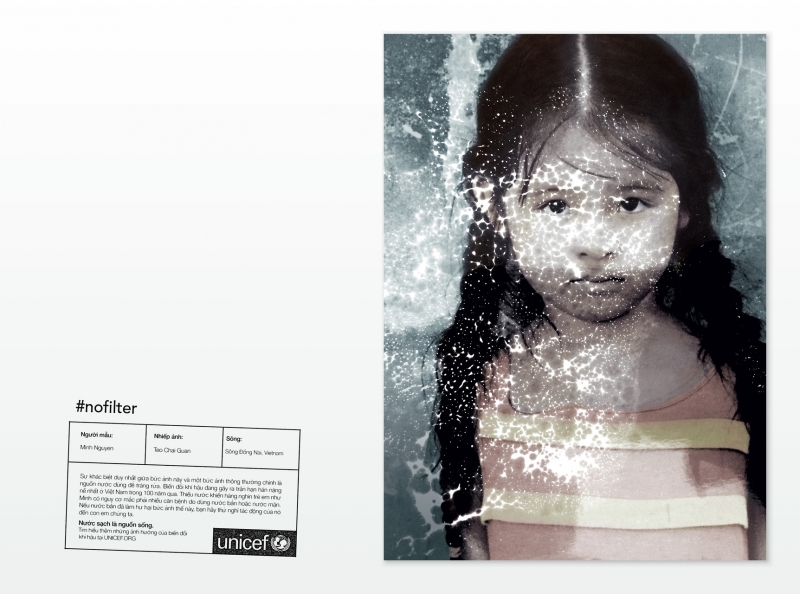 Describe the creative process behind the #NoFilter campaign. Why do you think it resonated so well with the public?

For the creative idea, it’s sophisticated in its development but instant in the story it wants to tell. It hits you, it’s arresting. The visual is thought provoking, and this is when advertising becomes effective. I believe there are various others reasons why it works, for instance, I believe that Vietnamese people relate to the subject—the child—and have empathy for the situation.

The company was awarded “Agency of the Year” in Southeast Asia last year, quite a milestone. What do you think attributed to this recognition?

The people make an agency. We rely on talents, talented commercial, and creative and strategic individuals who are committed to innovation, and achieve the same goals and vision. Day in, day out they make the difference.

Every person working at Happiness is hired based on their match against our values, every letter in Happiness represents a value: Hunger, Agility, Professionalism, Plus, Insightful, Nouveau, Exact, Sexy and Strong. We use this in our evaluation forms.

We aim to do everything to make people happy because happy people make great work, and great work is what makes people happy. This is true for our clients, and the industry. That, and relentlessness. We say that the will is more important than the skill. We are indeed hungry. 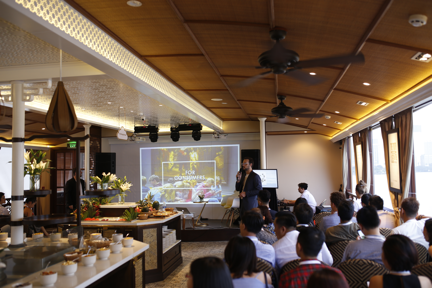 You were also recognized as one of “Asia Pacific’s 40 Under 40” talents by Campaign Asia Pacific recently. Tell us what drives you to reach such an achievement in your career.

When entering advertising, my ambition was to run or co-own an advertising company at 30. Don’t ask me why, but it seemed like an achievable milestone then. Years later the dream faded after a stint at Ogilvy & Mather London, where 1,600 employees work. It felt like such a challenge to achieve the dream somehow until one day my former employer Happiness Brussels, and co-founder of Happiness Saigon Karen Corrigan, asked me to open up Happiness in Vietnam. It really felt like destiny because of the way it happened (I called Karen for a coffee as I was in Belgium, while moments earlier she had received a formal request to start working on NIVEA in Vietnam).

I’m passionate, ambitious… and paranoid. This makes for a dangerous combination. I also believe that great things happen autonomously and I’ve been fortunate to have a business partner like Karen who believes in me and the team, and gives me the room to lead the company based on our vision and decision-making.

During our first year—ahead of the recognition—we had to accelerate for growth on a business level, creative level and reputation, and we did. Happiness Saigon had that year been appointed as lead agency for Bosch in five markets. We released a successful Share of Choice campaign for Coca-Cola with 7million views in less than one week… this underlined Happiness Saigon’s freshness and drew attention from the Campaign Asia Pacific team, I believe.

In a recent online article in campaignlive.co.uk you said, “We’re not a fully Western agency coming in with lots of ego. We are going to listen through local people to get a better understanding [of the market].” What are the locals saying about this market? Are there differences in marketing strategies between East and West? What strategies are unique to Vietnam?

Yes, and that’s true. We are not a company that comes and dictate how it should be done based on foreign experiences. We believe in East meets West, and our 52-people agency consists of only six Westerners.

We put our ears to the ground—research is essential. Vietnam is one of the Southeast Asian markets with the highest internet penetration with substantial weekly online duration at almost 25 hours. Together with low access costs and reasonable smartphone prices, the internet is becoming an inseparable element in Vietnamese consumers’ daily activities: conveniently checking news while still in bed, choosing the most convenient transportation option just before stepping out of their home, or self-indulging at night with a huge collection of recreation choices. Vietnamese consumers have become more and more open to new things, especially the ones delivering “convenience” to their lives. On the other hand, thanks to the boom of social networks and user-generated content platforms, specifically Facebook and YouTube, Vietnamese consumers are now freely expressing their thoughts. Indeed, I have seen a big transformation of free expression in Vietnam, from long content on Yahoo! 360 in late 2000 to now, the era of bite-sized content. Thanks to that, it is now literally “all” Vietnamese consumers creating content, not only adults but also young children who now have their own YouTube channels with more than a hundred thousand of views per clip. 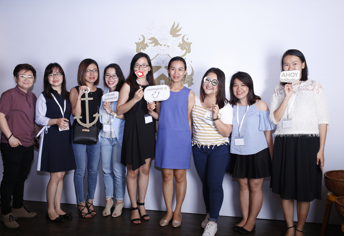 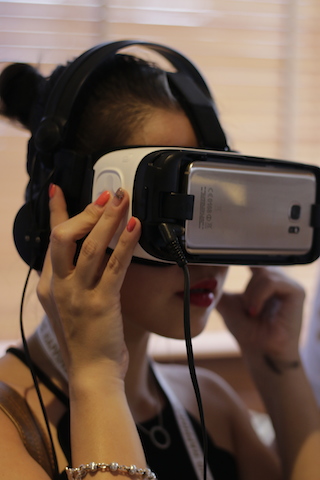 No one can deny digital marketing works and is the future, but is traditional marketing, such as billboards and print ads, really dead? How does Happiness Saigon balance old and new marketing tools, or if at all?

It’s always been like that so, as such, nothing has changed, but everything is different. We live in a new era, a 3.0 world: A world that is dominated by connectivity, digital, social and BIG DATA, where people have the power in their own hands. There is where the fundamentals have not changed, however, the landscape, behaviors and amounts of information and content changed.

We have evolved from media scarcity and attention abundance to attention scarcity and media abundance. This means that brands and agencies need to move from consumer centricity to consumer-journey centricity. Traditional media is part of a consumer journey, it just can no longer be the only channel a brand is present on to get a message across.

This is why we believe in Creative Connectivity—we use creativity along the consumer journey to connect with the audience. In addition, what is important is that our content needs to adapt to the moment, the channel, and the context in order to be ultra-effective. 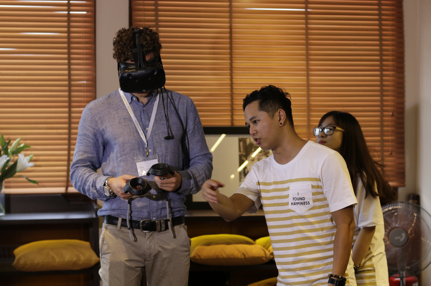 Yes I do. I see creativity around us, it’s omni-present. Youngsters, especially, are embracing creativity as a reflection of their personality. You see it increasingly.

In our industry, we do too. As a matter-of-fact, Happiness organizes a 1-2-3 Event very year, a means for us to share our vision with clients and partners. Last month, June 30, we organized the 1-2-3 Creative Innovation event where 92 top marketeers attended. With the invitation process, we asked guests to rank their most important output from agency partners; from strategy, creativity, innovation, value for money, service to execution, etc. Creativity is the most important expected output. We also saw an increase where last year 55 percent ranked creativity as number 1, this year 63 percent did.

They know that creativity and innovation leads to success. I think more and more marketeers are realizing the importance to embed creativity and innovation in their daily organization, to make it part of the agenda and conversation, and to implement it with speed. For this we have introduced a new tool to measure the impact of a creative idea – we call the Never Finished scale ranging from 1 being damaging to the brand, 2 being invisible, 3 being noticed, 4 being thought provoking, 5 being behavioral changing, and a 6 being a Never Finished / Legacy building idea.

In an age of noise, brands need to make music to be noticed. To make music we need creativity. There’s no way around it. And now we’re happy to bring a tool to the discussion to talk the same language.