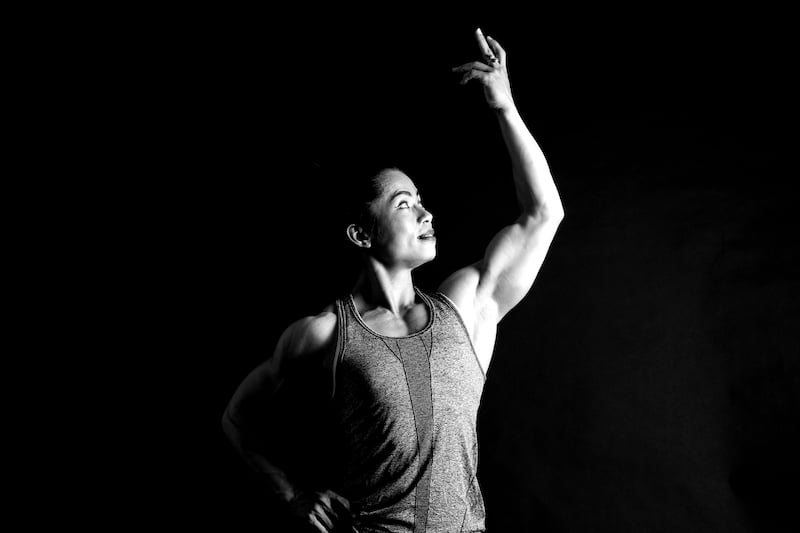 “I didn’t choose this job. It chose me.” says Dinh Kim Loan, seven-time Asian gold medalist and twice world champion female bodybuilder for her weight class. Entering into our interview, Loan looks very little like the Asian ideal of feminine beauty. Her waist may be small and her hair may be long, but nothing can hide her sharply defined muscles and impressive Amazon physique. Yet, in other ways, Loan embodies the typical treatment female athletes in Vietnam endure: overlooked despite their accomplishments, and far lesser known than their male counterparts. If she is to be believed, however, Loan doesn’t mind any of this unfair treatment.

“This job itself is all the reward I want,” she claims. For anyone who knows what she has achieved because of bodybuilding—a job she loves, opportunities for the future, a family who loves and supports her, and the man she loves—it’s easy to accept this champion’s declaration.

Born in An Giang, a deeply rural province of Vietnam, and starting from an accidental beginning, Loan has had 11 years as a competitive bodybuilding athlete. “I was a member of An Giang’s cycling team, professional of course. I also dabbled in other sports, nothing serious, but it added up.” In 2006, during the preparation stage for the Vietnam National Sports Festival, an event held every four years and often referred to Vietnam’s Olympics, she was discovered by An Giang bodybuilding team’s coach, Nguyen Van Hai.

“He approached me, I was an 18-years-old-girl then, and asked if I wanted to compete as a bodybuilder. He said they lacked a female contestant alongside Pham Van Mach, that I was about the same height and weight class as him and that I had a lot of potential.” Pham Van Mach, another An Giang native, would go on to become Vietnam’s best known bodybuilder on the international stage.

“I didn’t even know what bodybuilding was,” she laughs fondly at the memory.

Despite Loan’s unfamiliarity with bodybuilding, she quickly educated herself on the subject using internet cafés before promptly deciding to accept coach Hai’s proposition. “I needed to know only three things,” she explains. “One, it’s a new sport. Two, it’s difficult. And three, few women even wanted to participate due to understandable reasons. What does it mean? It means that there will be more opportunities for me, that there will be less competition, and that if I succeed, I will set the bar as a pioneer of this sport.”

She goes further into the reasoning behind her decisive. “I was born into a very poor family in Chau Thanh, the outskirts of An Giang. The first time I went to a city, I was 17 years old. I was shocked. Everything was so big and shiny. There were so many people.” The city wasn’t Ho Chi Minh City, but Long Xuyen, a tiny provincial city with a population of less than 400,000 people. “So, even at only 18, I already understood many things… such as the fact that it was impossible for me to go to college. My family was too poor, and I had a younger brother who I wanted to see go to college.”

Coach Hai’s proposal meant more to Loan than a mere invitation to become a member of An Giang bodybuilding team. It also meant a chance to support her family, go to college eventually on state grants, and to make sure that her brother had his chance at a better education and future. “As a member of the team, I would be paid a monthly salary by An Giang Province (around 70 dollars a month). And if I win any medals, I will get a pay raise. If I win internationally, that means an even bigger pay raise. I wanted to support my family and to not be a burden to them. That was all I could think about,” says Loan. And just like that, the 18-year old teenager officially started her career as a female bodybuilder. 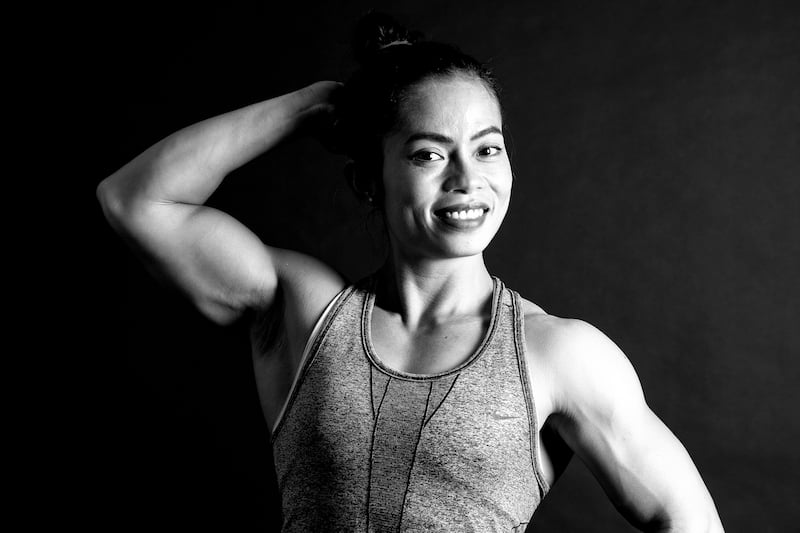 As Loan predicted, she was offered many opportunities, much more than any member of the male team, who faced stiff competition, had any reason to  expect. Within just a month and a half of training, she won a gold medal from the National Sports Festival, a lifelong dream for many male counterparts in her bodybuilding team. But that does not mean her chosen path is an easy one or that she was not plagued by doubts along the way.

“The two most difficult things are public perception and finance,” says Loan. Rural Vietnam, mired in traditions and stereotypes, has certain expectations for its women and their appearance, few of which any female bodybuilder can meet. “I would sometimes hear whispers from my neighbors, questioning my femininity or my family’s wisdom for allowing their daughter to practice a sport that should only be practiced by men. Sometimes it wouldn’t just be whispers,” she adds. Fortunately, Loan’s family, knowing the reasoning behind her decision, is firmly in support.

“Bodybuilding has very strict nutritional requirements,” Loan explains the second challenge to the sport. “I come from a poor family. We couldn’t normally afford a budget for the sort of food a bodybuilder needs. And as a newbie bodybuilder, I didn’t have much in terms of money.” There is a look of combined amusement and nostalgia as she recounts how she met this challenge. “I sat my mom down one day and said, ‘Mom, can I borrow your jewelries and pawn them off for money? I need milk, eggs and meat—a lot of them. I swear I will pay you back!’” Her mother agreed with little fuss, and years later she would eventually repay all that she owed her parents and more.

Eleven years after her decision, Dinh Kim Loan is a well-known name among the bodybuilding circle, both locally and internationally, and she has won more medals than is required to prove herself. Using the opportunities afforded to her and through hard work and patience, she has built a house for her parents, bought an apartment for herself, attended college, and even started a restaurant business in Long Xuyen city. Through international competitions, she also met Tom Hammonds, a fellow pro bodybuilder and the man who would become her boyfriend.

“All the things I set out to do, I have done. This job gave me all the things that I want in life,” she reaffirms her previous statement. Talking of how female bodybuilding is perceived by the Vietnamese public, Loan says. “I think the public perception has changed a lot in recent years. People used to not know that there was a women’s division in bodybuilding and I used to be gawked at with horrified fascination in cities large and small. But nowadays, I would often be approached by teenagers or young women who admired my physique and asked for tips to build their own.”

“As for women who are thinking of or hoping to join bodybuilding,” she continues. “I just want to say, don’t be afraid that you will lose your femininity in the process, or that no man would want you because of your appearance. Femininity is something that comes from the inside. Your ability to be loved and love in return is something that comes from the inside. It has little to do with looks, and far more to do with how much you take care of yourself. Bodybuilding doesn’t prevent you from being a woman or enjoying all the things that come with womanhood.”

Cheekily, she adds, “In fact, my next goal is to become the most womanly and most fashionable bodybuilder in Vietnam!”