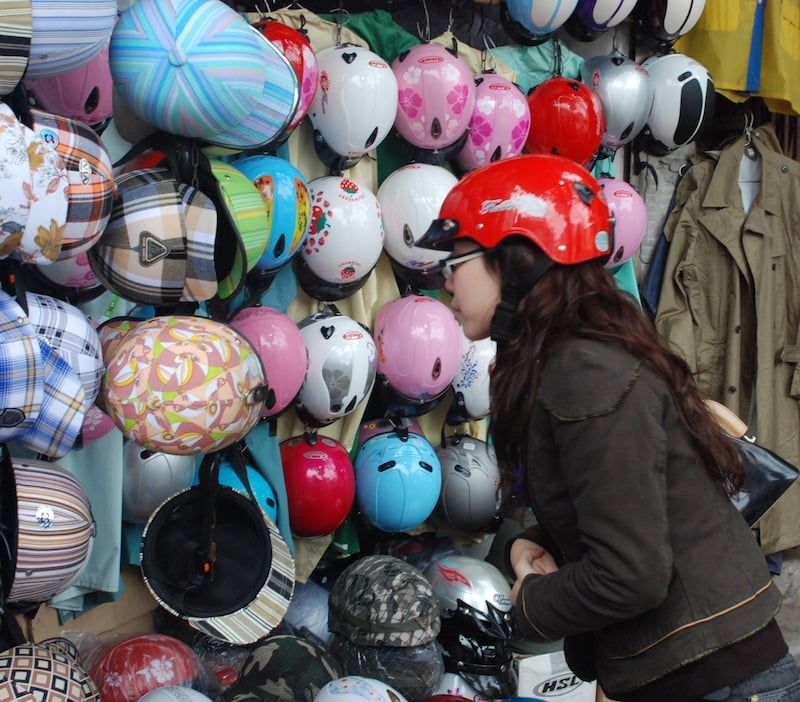 10 years after a law was passed requiring the use of helmets while riding motorbikes, concerns remain over their proper use and quality, as well as the law’s extension to children. Helmeted motorcyclists now account for more than 90 percent of all motorcycle users in Vietnam. In contrast to this, a mere 35 to 40 percent of child passengers wore helmets during a ride in 2017, compared to above 50 percent in 2013, according to the World Health Organization. Thanks to helmet use, as many as 500,000 brain traumas and 15,000 deaths were averted, according to a study by the AIP (Asia Injury Prevention) and FIA Foundation. As for helmet quality, the WHO highlighted stats that said the percentage of riders utilizing helmets compliant with safety standards was now 70 percent in Vietnam, but this was offset by a 2013 study, which said that only 40 percent of new, certified helmets actually passed impact absorption tests. In addition, the vast majority—90 percent—of students who rode e-bicycles failed to wear a helmet of any kind. 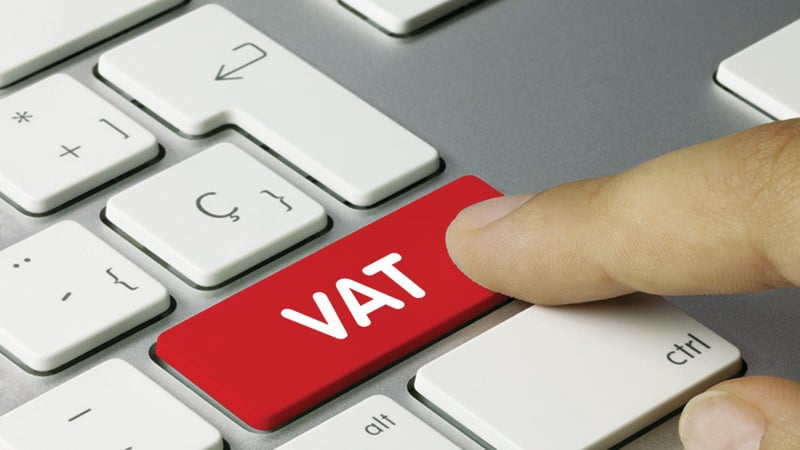 VND 590 Billion in falsified VAT receipts were seized by authorities in Hanoi. The illegal crime ring operated through 17 shell companies. An initial investigation uncovered that 35-year old Dao had bought 17 local businesses since early 2017 to aid her expanding operation, but none were able to turn a profit. After their purchase, the firms had no specific field of business and were used primarily for trading fraudulent VAT receipts. Dao claimed her operation sold the fake sales slips at VND200,000 for purchase values under VND20million. VAT receipts for purchase values over VND20 million were sold at .5 percent of their value. Police also confiscated seals, sales slips, and other related items. Businesses buy fake VAT receipts to increase the input cost, thus leading to possible tax cuts when their profit declines, and benefit from VAT tax refund for input costs. 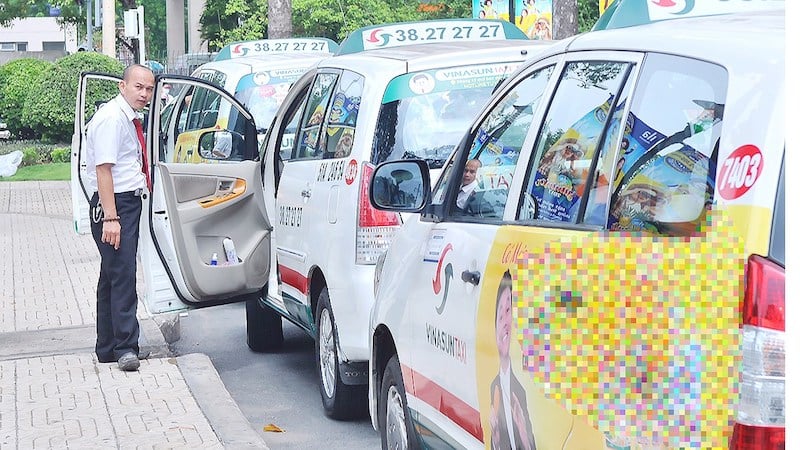 3000 cars have been cut from HCMC’s Taxi companies since the arrival of Uber and Grab, according to the city’s Taxi Association. The number of cars registered for Uber and Grab have risen to 28,000 in Ho Chi Minh City. In their latest report, the association said that four companies have been dissolved and merged over the past three years since Uber and Grab began operations. According to the association, the city had around 12,000 taxis in 2010, however, the number of vehicles managed by local taxi firms have been slashed to only 8,900, while the number registered for Uber and Grab have steadily increased. The association insisted that the pilot projects, which permit transport companies to use applications to connect and manage customer transport activities, should not be renewed. They specified that under the Law on Road Transport and Government Decree 86, taxi services were a conditional business model so vehicles need a badge, logo and meter; however, Uber and Grab cars do not have these. 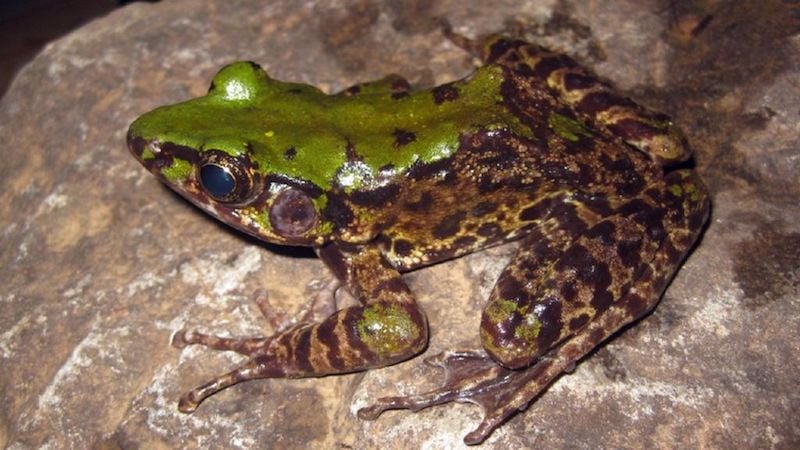 115 new species found in Indo-China. A beautifully colored frog found in the limestone mountains of Vietnam, two mole species found by a team of Vietnamese and Russian scientists, and the Vietnamese crocodile lizard are among the new species discovered. The report, Stranger Species, documents the work of hundreds of scientists from around the world who discovered 11 amphibians, two fishes, 11 reptiles, 88 plants and three mammals in Cambodia, Laos, Myanmar, Thailand and Vietnam. It brought the number of new species of plants and animals discovered in the region between 1997 and 2016 to 2,524. The new discoveries come at a critical time: The Greater Mekong region is under intense development pressure from mines to roads to dams, threatening the survival of the natural landscapes that make it so unique. Poaching for meat or the multi-billion dollar illegal wildlife trade puts additional pressure on the region’s wildlife, meaning many species could be lost before they are even discovered by science. 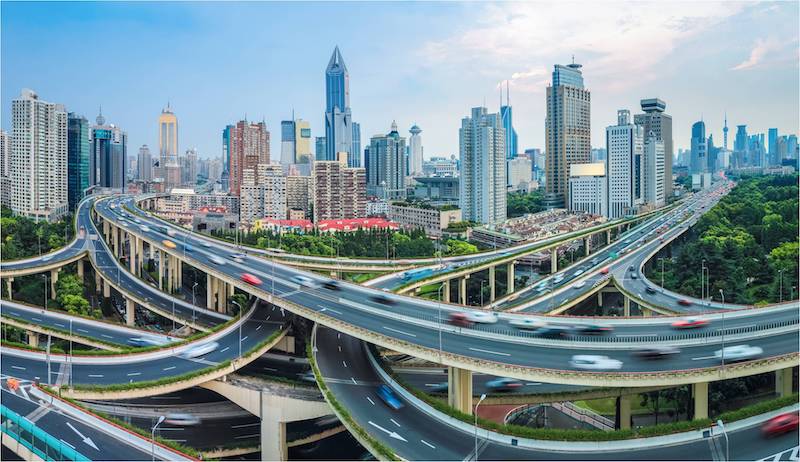 USD 4 Billion. “Smart City” is scheduled to be developed in the outlying district of Dong Anh, Hanoi this year. A consortium between Japan’s Sumitomo and Vietnam’s BRG will develop the “smart city” on a 272 hectare plot in Dong Anh District in five separate phases. The project will feature a modern traffic system along the Nhat Tan-Noi Bai route using Japanese technology and will connect with the No.2 urban railway route in Hanoi.