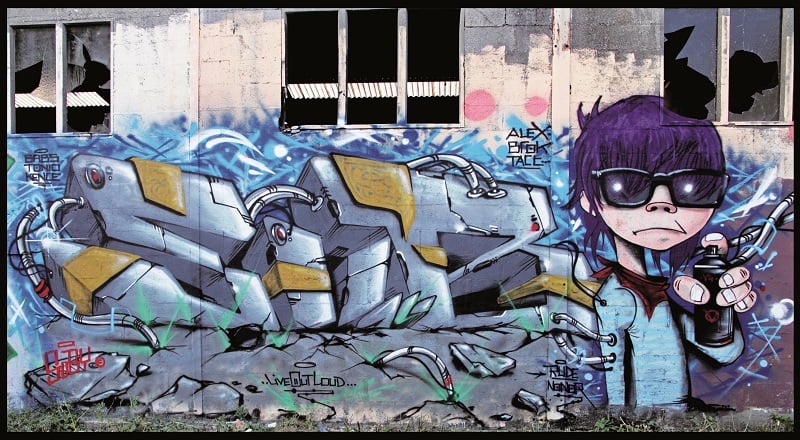 An artist rediscovers graffiti and himself in Saigon.

Trang bui, or Suby — as he is best known—is one of the graffiti movement’s most successful artists,  having exhibited his work throughout Europe and Southeast Asia for over a decade. Hence, then, my confusion when I met the French-Vietnamese artist under his latest piece: a vintage Honda motorcycle suspended from the ceiling of Belgian beer brewery Belgo. 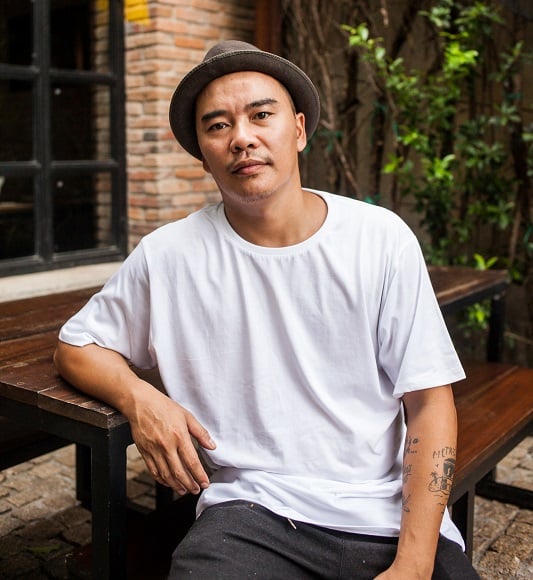 “When I arrived in Saigon I thought the traffic was so crazy. But then when I got in it I realized there was an order to it. People become like shoals of fish, moving seamlessly around each other, but it looks like chaos from the outside. So that was the idea for the piece,” he explains.

This is not the first non-graffiti installation Suby has dabbled in, the first being a collection of oversized ceramic eggs for an exhibition just outside of Paris in 2012, not far from his home district of Vitry Sur Seine. He says he came to the idea as he didn’t want, infact, to put graffiti on canvas:

“I did canvas before, but I usually do it and give it away to my friends. I never keep it. I’ve always thought that graffiti shouldn’t be on canvas. It’s like it’s trapped—it should be outside, on the streets.”

He was, ironically perhaps, criticized for his choice of medium by graffiti fans. Visitors to the exhibition—which marked 20 years since the establishment of his Paris crew—didn’t really get the colorful eggs, which Suby says he later realized were perhaps “something to do with rebirth and new life.”

Giant Step in Saigon
Not long after that exhibition the artist found himself in Saigon—the birthplace of his parents and where he originally intended to stay for just three months. He came with a fellow graffiti artist with the intention of investigating the scene; what he found, however, was even more meaningful.

“When I came here I started to understand myself better. I met my uncle and grandmother and it was like pieces of the puzzle fell into place. I also saw how the Vietnamese are really good with their hands—if it’s broken they can fix it—which is what I’ve always been like.”

Deciding he wanted to stay, Trang and his colleague opened a small French bakery in Le Thanh Ton, the Japanese district. The plan, he explains, was to have a place where they could exhibit their own work as well as that of local artists, who they began busily building a network of. 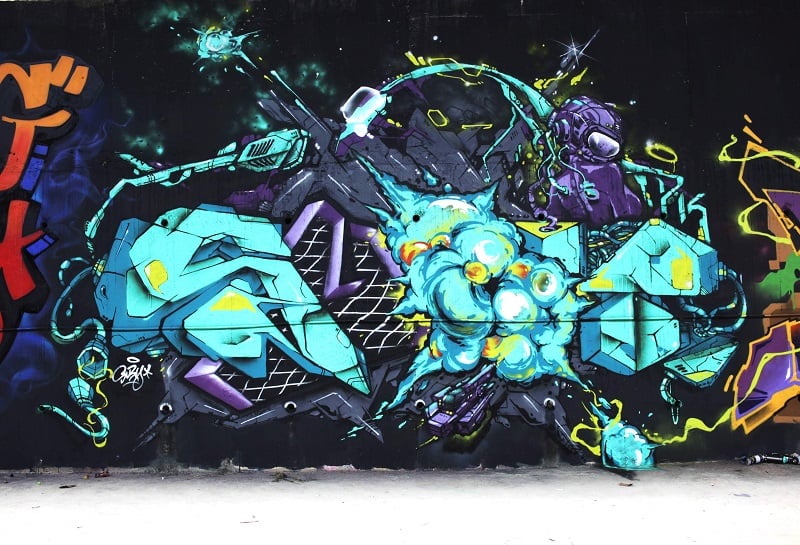 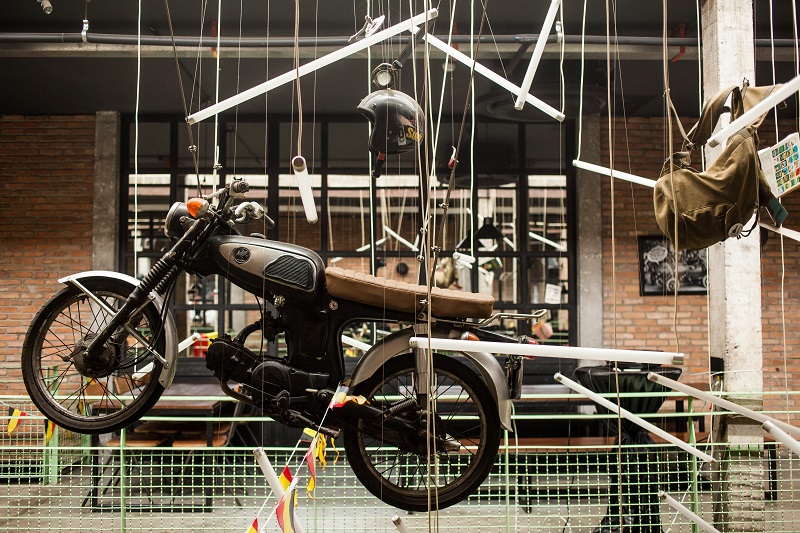 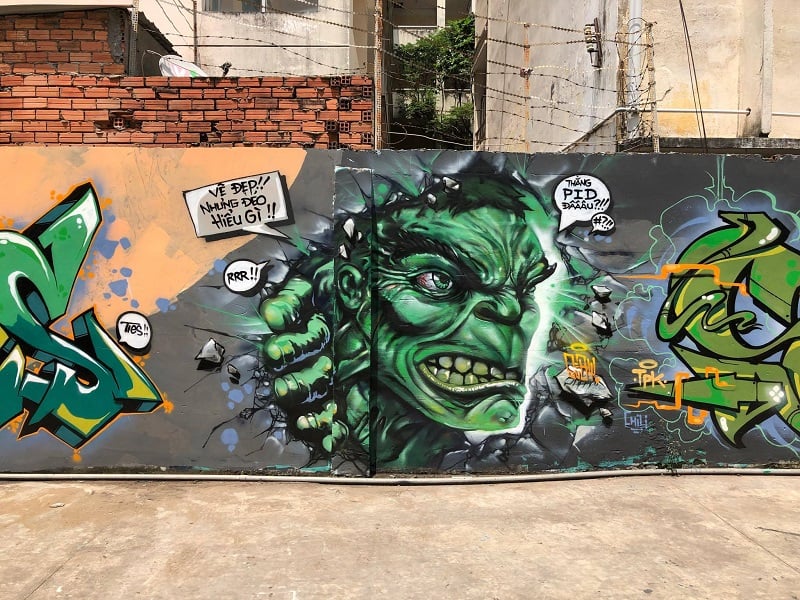 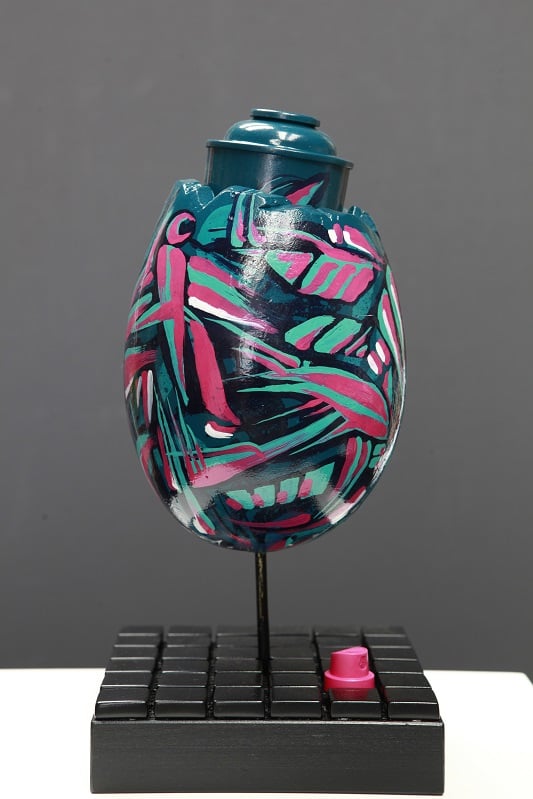 A year later they opened Giant Step, a dedicated street art gallery inside 3a Station, a creative hub in Ben Nghe, District 1 that became the city’s graffiti mecca. For over two years Trang held regular exhibitions showcasing local talent, helping to bring graffiti into the mainstream of the Vietnamese art scene.

“Artists everywhere can be snobby about graffiti, but in truth it is the latest, biggest art movement. You can’t ignore it. Concept art is nice, but you have to pay attention to what people like. You can like street art or not, but it makes the city colorful and is much better than Heineken advertisements,” he argues.

Both 3a Station and Giant Step were to be short lived, however, with the government reclaiming the space for development in March 2017—less than three years after it opened.

With Trang’s café in Le Thanh Ton also now closed—in part due to complaints from residents disturbed by the influx of selfie-snapping visitors— there is now no single place for graffiti in the city, a fact the artist laments. 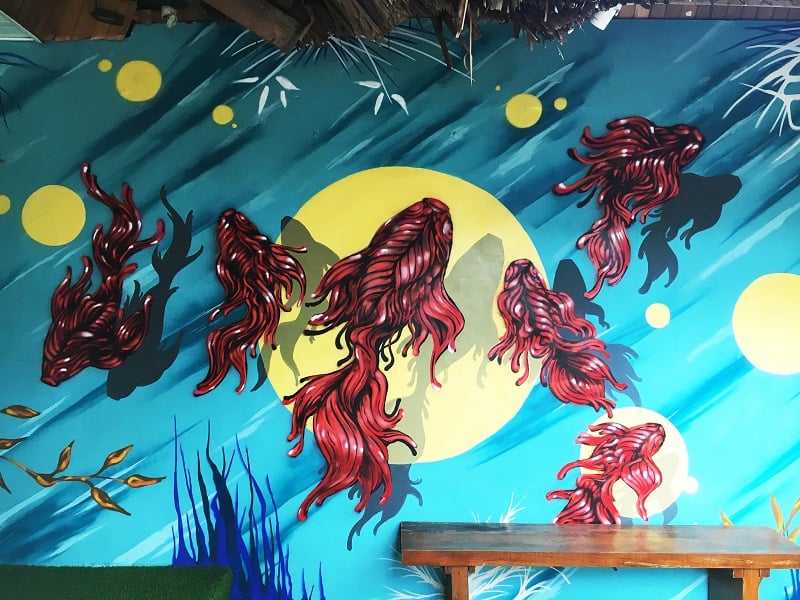 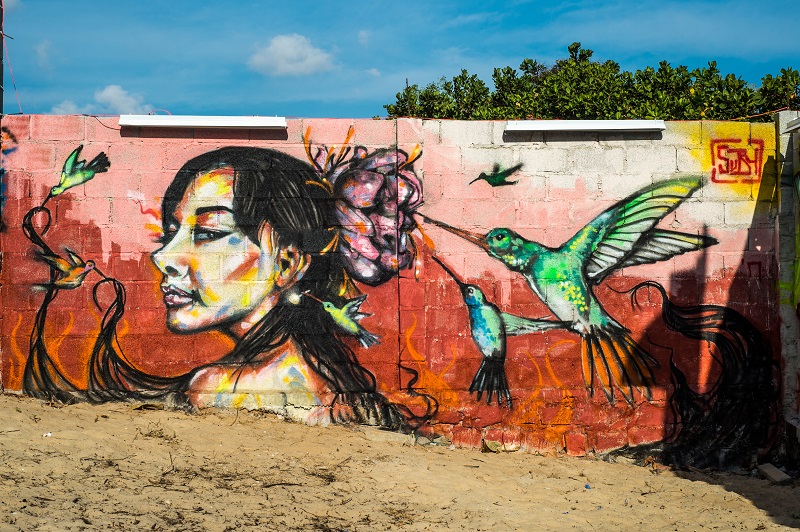 “We used to have two areas and now it’s spread out everywhere. That’s the sad thing. In most places there is always one hall of fame where you can go and see street art, but not here now. As soon as there are too many people it gets shut down.”

This combined with growing factionalism, which has seen animosity breed in some corners of the scene, means that Trang is now focusing more on his own work. Tapping into strong movements in Indonesia and Malaysia, he is working hard to promote Vietnamese graffiti abroad.

Stepping Down
Recently he went down to paint and see the biggest Asian graffiti festival, Street Dealing in Jakarta, an event that has been running for 11 years, as well as the Malaysia leg of Meeting of Styles, which now spans 30 countries across the world, including Vietnam. He will also soon be visiting China, where he has been invited by the government to exhibit at one of its regular street ‘mural’ festivals.

Trang has not given up on Saigon, however; on the contrary. As well as installations in venues like Belgo (which was formerly displayed in the Fine Art Museum) and Bloq in District 2, he is planning a large exhibition in November in collaboration with a French photographer.

He hasn’t ruled out opening another gallery in the city either, although he doesn’t have any immediate plans. Ultimately, he says he would like to see a local artist take up the mantle from him and spread the word about Vietnamese street art across the globe.

“The artists here are young—they have energy. I didn’t come here to be a king, or whatever; I came here to get a scene going. Anyway I’m 39: it’s too late for me! I want them to take it over—do exhibitions and promote graffiti. There is so much artistic talent here in Vietnam and we need to get better at marketing ourselves.”

Discover more about Suby and his work here: www.facebook.com/SubyOne

Images by Vy Lam and Suby