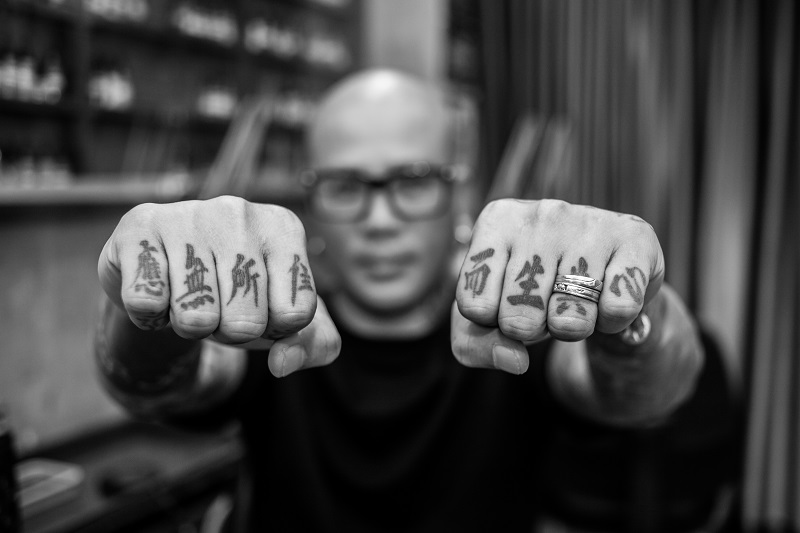 As the stigma surrounding tattoos fades, tattoo lovers are approaching their marks like art

As a boy growing up in Nha Trang, Danis Nguyen would draw, paint and illustrate, intent on having an artistic, creative future. Many years later he’s not only realized that dream, but he is successful at it, now one of the most wellknown tattoo artists in Vietnam, receiving international recognition for his work when he was featured in The World Atlas of Tattoo book. 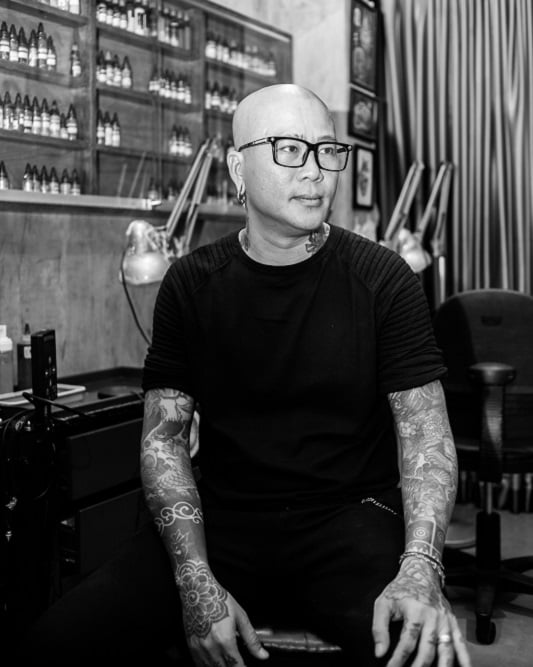 Danis found an interest in tattoos through his love of rock music. “When I saw rock bands and rock stars, they had a lot of tattoos and I loved it immediately. When I was 16 I tried to find information in magazines, because for my generation there was no internet. And then when I was 24 I went to Bangkok and bought some tattooing equipment to learn my way around it. My parents didn’t like it. They were really angry when I chose to become a tattoo artist because my mom and dad worked in a hospital as a nurse and doctor, and they were quite traditional.”

He persisted, passionate about tattooing. Now years later, as his shop Saigon Ink buzzes with customers going through the inking process—from choosing designs, to having stencils made,  to their skin being prepared—Danis mentions how he found success when he relocated to his shop’s current location. “My shop opened 10 years ago, the first place was in District 10, and after one year I moved to District 1. Now I feel that it’s a good place here, with a lot of  foreigners, it’s comfortable.”

The new location near Bui Vien and Pham Ngu Lao, an area popular with budget travelers and backpackers, gave Danis broader exposure. “Now the shop serves more foreigners, maybe 70 to 80 percent of my customer base. Around 50 percent of those foreigners are those that live here. It changed a lot after relocating near Pham Ngu Lao,” says Danis.

Saigon Ink (26 Tran Hung Dao, D1) now has eight tattoo artists besides Danis, but he had difficulties staffing his shop in the beginning. “In the beginning it wasn’t easy to find tattooists. Normally, they learn from me. Some have learned somewhere else and come here to practice more.”

Over time the task of finding quality tattooists for his shop became easier as local attitude towards tattoos shifted from taboo markings affiliated with gangs to a fashionable trend. Danis has a thought on why. “I think those people have become more current, more conscious as people. The internet has helped, but the foreigners who come here, they have stories and ideas and designs about tattoos, and this has helped as well.” 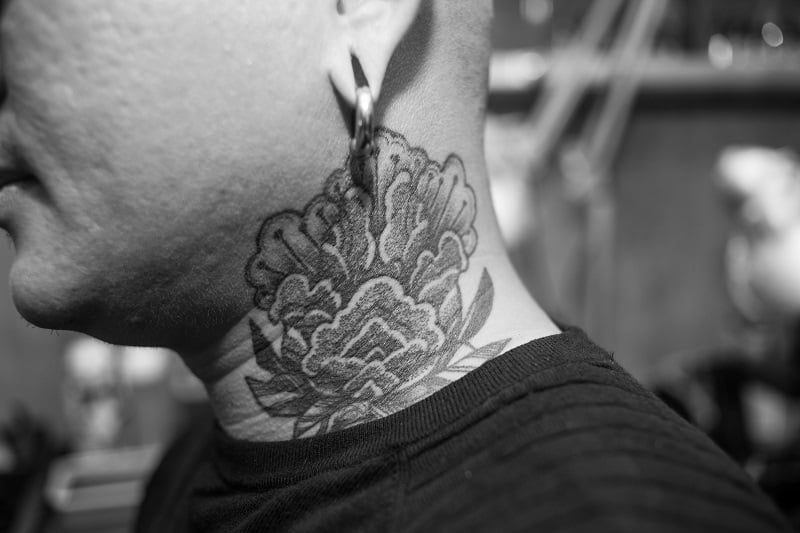 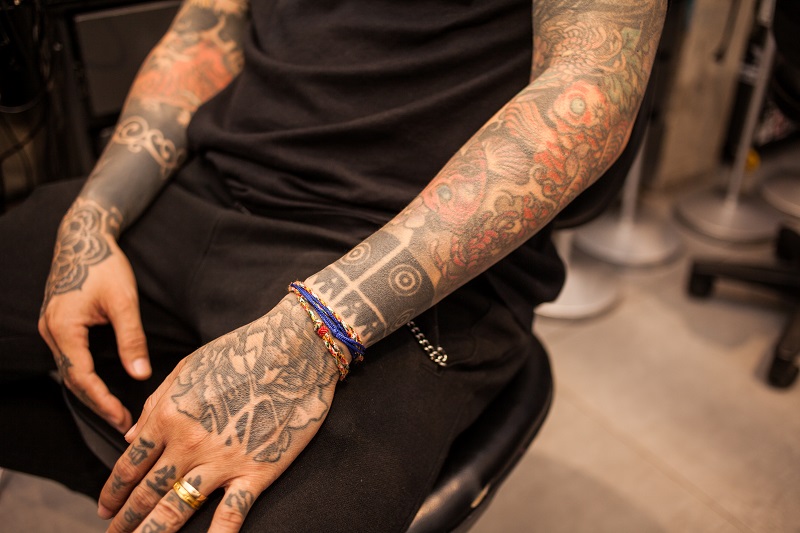 Need Learnings More
A community of tattoo artists has developed throughout Saigon. “We have many groups of tattoo artists in the city. Sometimes, once or twice a year we have a tattoo expo. Before, we did it four times a year, but we were underground. Just  last month there was a tattoo exhibition in Hanoi. And the tattoo community, maybe once a month, we get together at a restaurant just to drink and hang out,” says Danis.

Every artist has a range of quality works, from sketches that never get developed to pieces they spend hundreds of hours on but are never satisfied with,  to those that are proudly exhibited and commended. Does that happen with tattooing? “Well, there have been tattooing mistakes with Google translate before, or even spelling. One tattoo should have said, ‘Needs to Learn More’ but came out, ‘Need Learnings More’, so it shows we all need to learn more about the spelling and grammar of other languages before we use them in tattoos.”

Danis expresses his thoughts on the place of tattooing in the art world. “I think tattoos are art, but it’s a little bit different, because with tattooing you must have such a passion where you know that once you get tattoos, you will be immediately looked at differently by people. You may find your family getting worried about you, or it may have an  effect on getting a job.”

While the younger Vietnamese generation may have accepted tattoos, government policy is not always in lockstep with cultural progression, especially in a traditional country like Vietnam, so how do they regulate the burgeoning tattooing industry? “The license we get from the government is not exactly clear,” Danis explains. “If they like something, we can do it, but if they don’t, we have to stop, so the rules are not  clear. Sometimes they will come to check. Now, here at my shop, we care about the spirituality of a tattoo, so if someone wanted a Buddha, say, below the waist, we wouldn’t do that for them. From the waist  up is ok, but that is not a rule from the government, only a personal feeling.”

Has Danis ever declined inking someone? “Yeah, if it’s political. Things where there is fighting, like between the  older generation and the new, we don’t talk about that, but everyone understands. So, if someone wants a flag that could cause fighting, or make them guilty in the eyes of the government, we won’t do it.”

Danis, when he’s not busy tattooing customers, is helping to put together a tattoo expo that’s coming up in November (tattooexpo.com.vn).