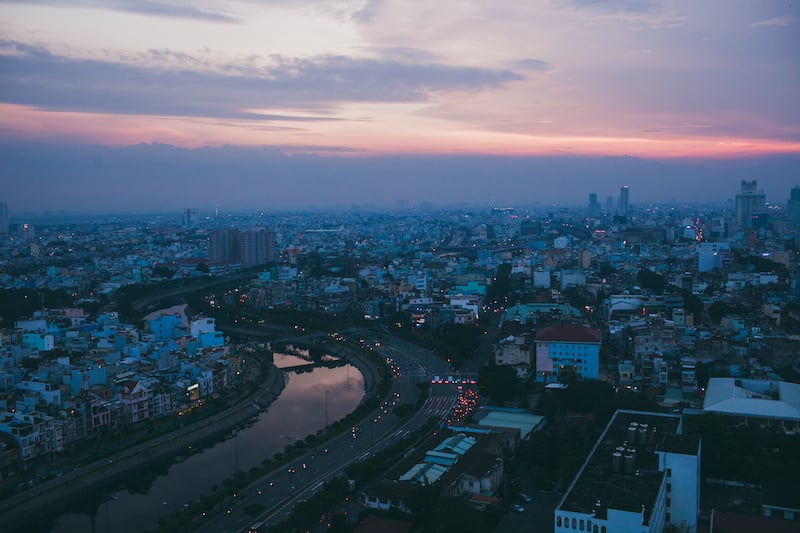 Saigon’s past and present relationship with canals

Imagine for a second that Nguyen Hue, the wide promenade leading up to the vibrant, stately People’s Committee headquarters, is not the pedestrian-rich strolling area that it is today, but a giant harbor filled with commercial boats shipping fruits and other goods. That’s a pretty close approximation of the Grand Canal as it existed in the late 19th century, the centerpiece of the city’s once canal- centered urban planning.

According to water researcher and historian Joep Janssen, there are few pictures of the Grand Canal as it existed at that time, before it was filled and converted into the hard surface it is today. But the surrounding area remains the economic and political center of the city, a lingering vestige of the once-important canal. In his book documenting research on Vietnam’s water history and issues Living with the Mekong, Janssen retold the story of a French-led effort to build the city’s canals, which at its peak included a system of manmade waterways instead of the existing Ham Nghi, Pasteur and Le Loi streets. The canal system formed a ring around the city center connecting to the Saigon River.

The resulting city urban landscape neatly partitioned the city’s dwellers. On land lived the governing French elite that ran colonial Indochina with Saigon as its political heart. On the water were the city’s poor, who lived in floating dwellings along the city’s banks.

Janssen’s research found that city’s planners intended to build an “island city,” what his work found to be the first urban master plan of Vietnam. According to Janssen’s research, the French had an ambitious plan to almost completely remake the city starting with the 1859 destruction of the Citadel of Gia Dinh, “which, ironically, had been built by the French themselves 70 years earlier…,” Janssen observed in his book. The city of Saigon was built for 500,000 inhabitants, which it reached 80 years after the French settled it in 1859.

Janssen’s research showed that the city was originally meant to be an answer to the already prestigious British colonial cities of Singapore and Hong Kong. The French made the city in their image hiring Parisian urban planners to build the city’s first parks and these new circular intersections called “roundabouts” that wouldn’t become popular until the mid 20th century. Made in the French image, Janssen said the imperial rulers once called Saigon the “Paris of the Far East.” The ruling French were regularly challenged by Vietnamese living in the Mekong Delta, Janssen found. The canal system was built in part to offer defense against would-be invaders. He writes that the strategic military importance of the canal began to wane as the city moved beyond the established borders of the original urban plan. 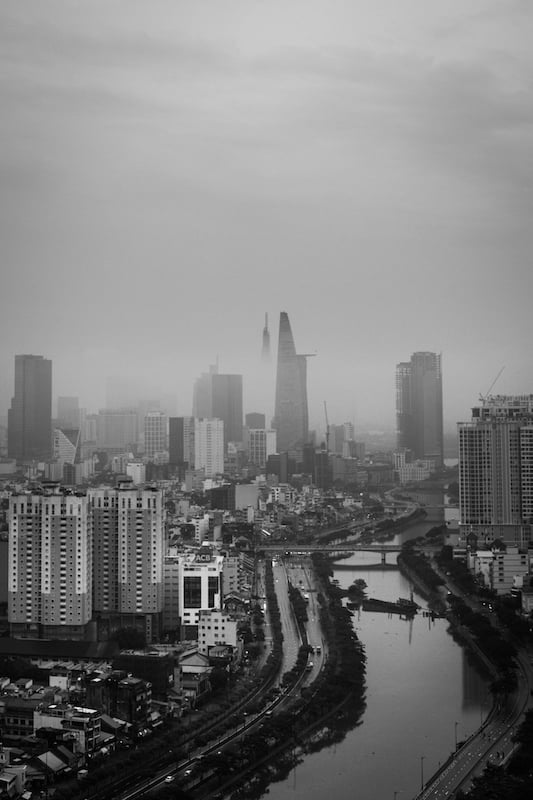 Just a generation after the canal system had been constructed, the waters began to fester. In spite of being a critical artery for the city’s imports and exports, Janssen’s research found that the canal system was a breeding ground for waterborne diseases. After much debate, the city’s leaders elected to fill many the city’s canals just 20 years after the network had been completed.

Many of the canals were converted into wider-than-necessary streets (such as Nguyen Hue), but many remain still. As anyone who lives in the city today can tell, the city’s canals are a major feature of the cityscape. The same people may also tell you that the existing canals are plagued with the same problems— namely lack of sanitation and disease— as their forerunners. The city’s ever increasing population and the lack of available space to build new homes has pushed residents, specifically the poor, to the banks of the city’s canals and beyond, according to Janssen’s research. He spoke with one woman who, like many of her neighbors, had built a hut that rested on stilts above the Te Canal.

Building on along the city’s waterway edges has both narrowed those waterways and led to a degradation in water quality. “As the number of inhabitants increases, the quality of the water in the city decreases. The people living by the river dump their waste in the canal. Rubbish is floating everywhere. The black water smells and is swarming with mosquitos,” Janssen writes in his book, quoting a woman he interviewed living on the canal.

Mirroring the past, Saigon residents Janssen interviewed said the city’s poor were clustered in shacks near or on the canal while the city’s rich are living away from the water. Janssen researched a battery of international aid projects that have worked to rehabilitate Saigon’s canals, including a wastewater treatment and flood mitigation effort centering on the Tan Hoa-Lo Gom Canal in District 6. The effort called in involvement from a variety of international partners, including the World Bank.

In his book, Janssen predicts the canals will continue to play an important role in the development of the city, not the least of which is the city’s effort in flood prevention in response to climate change. His research shows that if the sea level rises by one meter as it’s expected to in the years leading up to 2100, as much as two thirds of the city may be threatened by flooding. 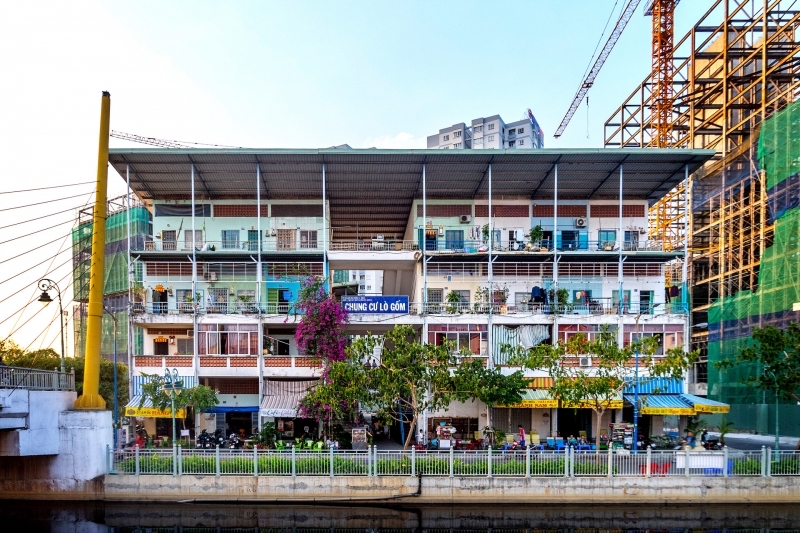 The work of reviving and activating the city’s canals will surely have a variety of payoffs. The Tan Hao-Lo Gom Canal project has canal sanitation as a core deliverable, but the project also delivered help for the nearby residents, many of whom were legally classified as migrants with temporary residence permits, according to the Belgian authorities who reported the project’s outcomes in a paper issued in 2014. The project delivered new apartments, urban landscape improvements and a water purification lagoon among other improvements.

Area residents had previously had inconsistent access to municipal electricity and water services, the Belgian authorities reported. The apartment block and green space that replaced the area’s slums were lauded in their reporting. The report describes the government’s investment as “inexpensive,” noting the District 6 project has been discussed in United Nations conferences and studied by a range of academic institutions including Texas A&M University and Ho Chi Minh City’s post graduate schools. A picture of the a three-story apartment that was built to rehouse the city’s residents is included in the report. It’s taken low to catch the upside down reflection of the building along the adjacent canal.