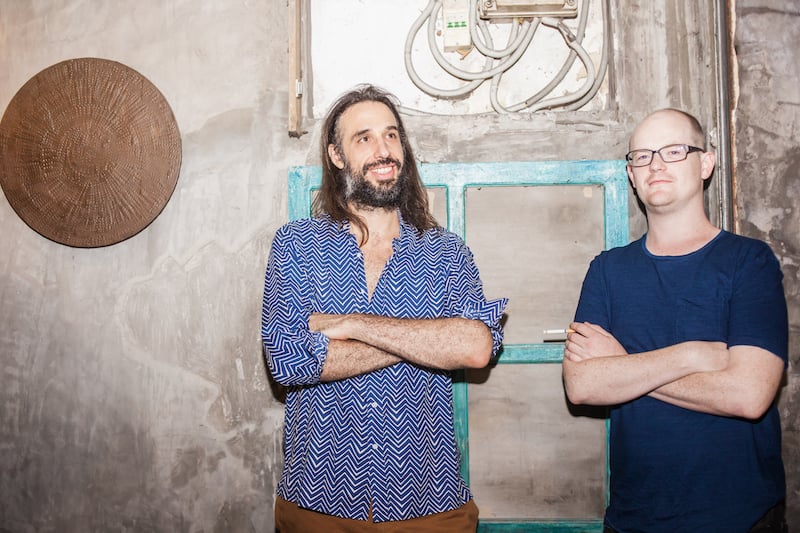 Sounds of the Wild

A showcase of live alternative music by artists for artists

Locally trapped wildlife started with the idea that Ho Chi Minh City has always had a vibrant metal scene, a vibrant hip-hop scene; it’s always had a coming-up experimental scene, and we found ourselves in the place and time where we wanted to make song-based music that was a little more interesting. We find ourselves in the middle, where we have experimental elements, but we also like songs,” explains US-born Gavin Pilisi (right on the photo), who, along with Australian-native Stephen Murphy (on the left), founded Locally Trapped Wildlife (LTW), an artist- curated showcase of live alternative music.

Since its inception in the spring of 2017, LTW has held monthly events with a diverse range of local acts, hosting over 30 independent artists and groups from Vietnam and the surrounding area. “Our first event was in May 2017 and we’ve done over a dozen since. This past October was a banner month. We curated the live music stage for the Rocktober festival at Saigon Outcast, organizing 12 bands for that. It worked out well and we had amazing support. Then on the 31st we had our big Halloween show, which is a cover show,” says Gavin.

A “cover show” means bands wear musical costumes— dressing up and performing as other bands. “That was a lot
of fun. We had seven bands covering bands like The White Stripes, The Ramones, Van Morrison, and Rosy Palmer and the Handmaidens, which was us covering a made-up band to be as subversive as possible; to bomb our own event,” Gavin adds.

While there is a lively and growing music scene in Saigon, the two noticed that there was something missing, which Gavin expounds on. “We’re both songwriters and singers predominantly and we were like, well, there’s not that many people trying to put on this type of music, and there wasn’t that many organizers so we were like, let’s organize our own shows. We wanted to do something like in the punk rock tradition of seeing a bunch of bands with short sets in one night for a reasonable price.”

In the beginning they played smaller venues and had only solo performers, but as LTW began to grow the range of acts did as well, including full bands, and eventually moved on to larger venues, namely Yoko, where they now organize regular events. “We started at small venues. As we got bigger and our budget got bigger we were able to invite more bands. Yoko is still kind of an epicenter of cool things going on. We’re really excited to keep working with them. Also, Soma has been nice and Saigon Outcast, their whole team. We were invited to Coracle [music festival] this year. We have a lot of exciting things going on,” says Gavin. “We don’t take ourselves too seriously. We have fun with it. The structure of some of our events, the context and the way we market it and the way we posit it to the audience is tongue and cheek in general.”

Filling a gap in the music scene and having fun doing it has kept Locally Trapped Wildlife exciting and emergent, however, there are other realities to organizing music shows, namely financial ones. For many musicians if they don’t have a day job then they often struggle to make ends meet, and this is another aspect where LTW has found a healthy balance to keep the acts that perform as satisfied as the audiences who enjoy their music. As Gavin puts it, “For all of the shows, we income share completely. So to have that incentive, I feel very nice when I can share.”

For each show, they have a minimum of three soloists or bands perform. So come out and have as much fun at a Locally Trapped Wildlife (www.facebook.com/locallytrappedwildlife) event as they have putting them together and performing.